Salzburg, Austria: Two key stops at Porto and the Lausitzring have been included in the 2017 Red Bull Air Race calendar. On 2-3 September, the race planes will take off at the classic Air Racing destination of Porto, Portugal for the first time since 2009. Two weeks later on 16-17 September, it’s a return to the motorsport hub of Germany’s Lausitzring. 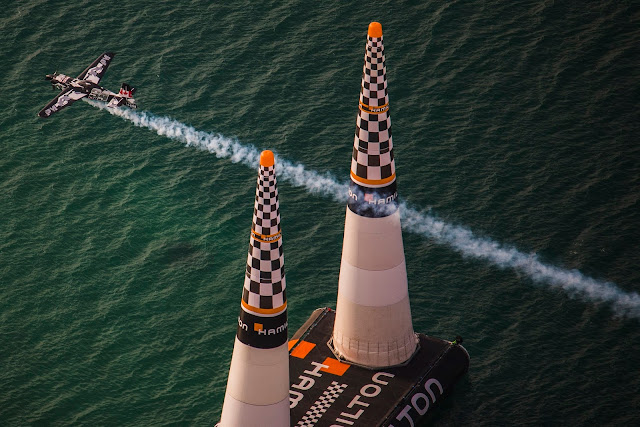 Set against the backdrop of Porto’s ancient architecture, the 2017 stop will mark the final racetrack over water this season, over River Douro. While current pilots Kirby Chambliss (USA) and Matt Hall (Australia) have captured podium spots in Porto in 2008 and 2009 respectively, neither they nor any of the other 2017 contenders has ever clinched a win in Portugal’s second-largest city.

Following Porto the Air Gates rise at the Lausitzring for the last time in European skies, as the 370 km/h showdown then moves on to the USA for its final leg.

In 2016, Matt Hall edged out Germany’s own Matthias Dolderer for the race. While the German went on to secure the World Championship, he will look at claiming a home triumph this time, as he strives to defend his title. The stop at the speedway that hosts the DTM (German Touring Car Championship) and Superbike World Championship is also a homecoming for reigning Challenger Cup winner Florian Bergér, who won there last year.

The 2017 Red Bull Air Race season kicked off in Abu Dhabi, UAE on 10-11 February, where Czech pilot Martin Šonka earned his first race win to take the early-season lead in the standings.