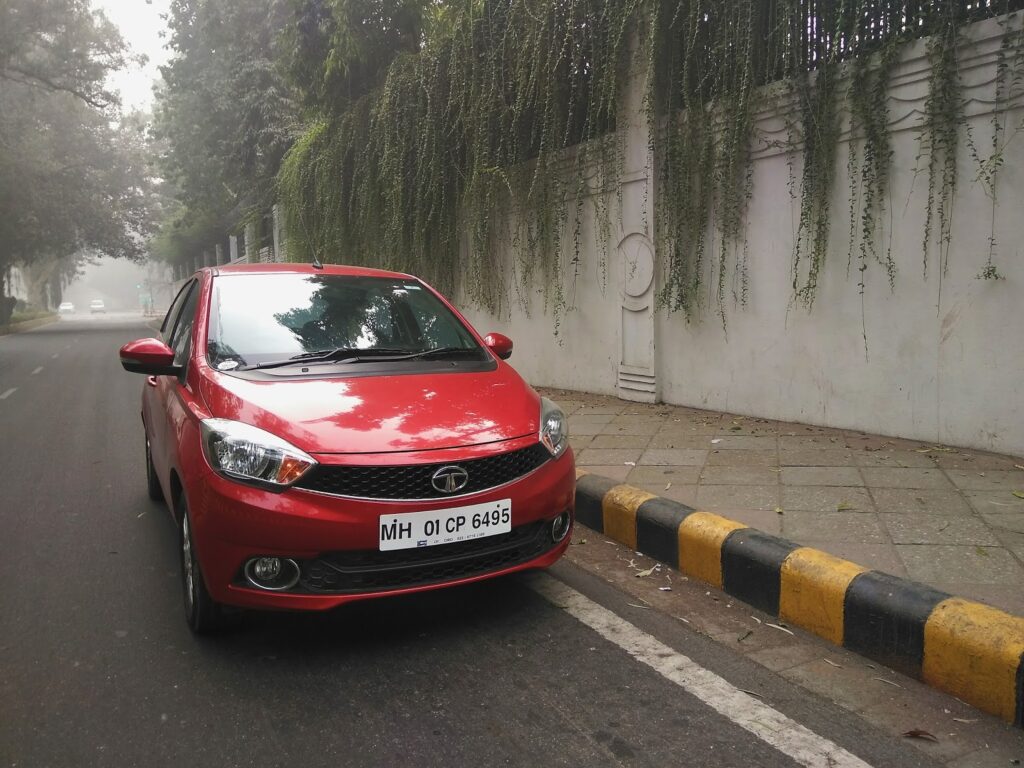 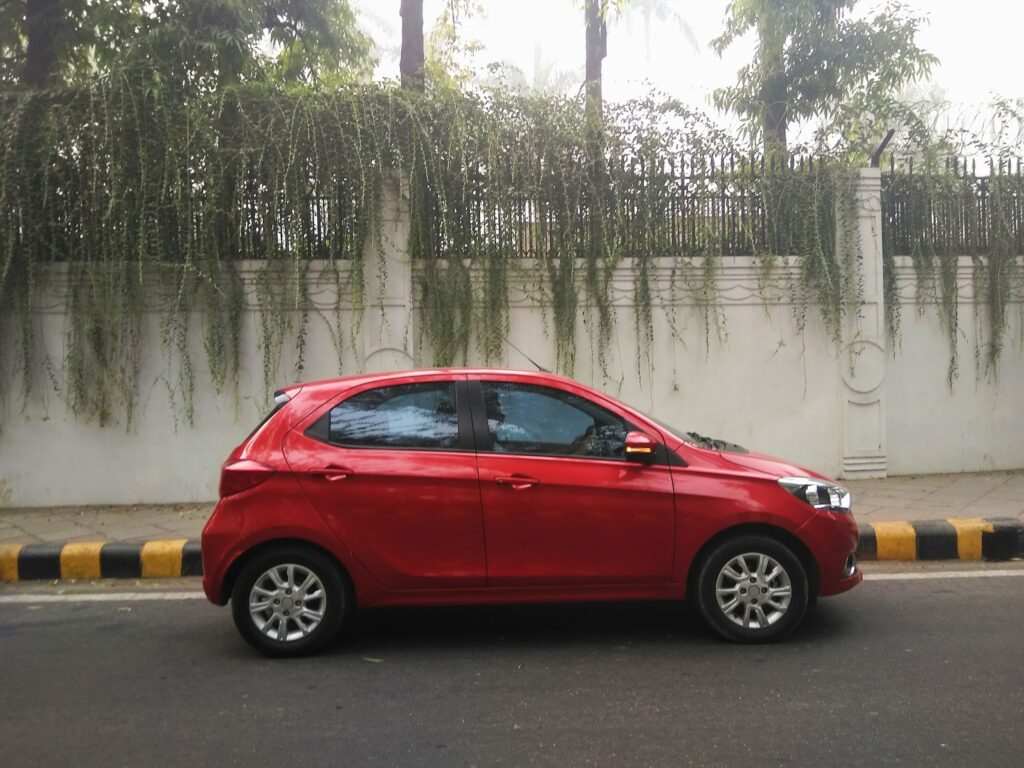 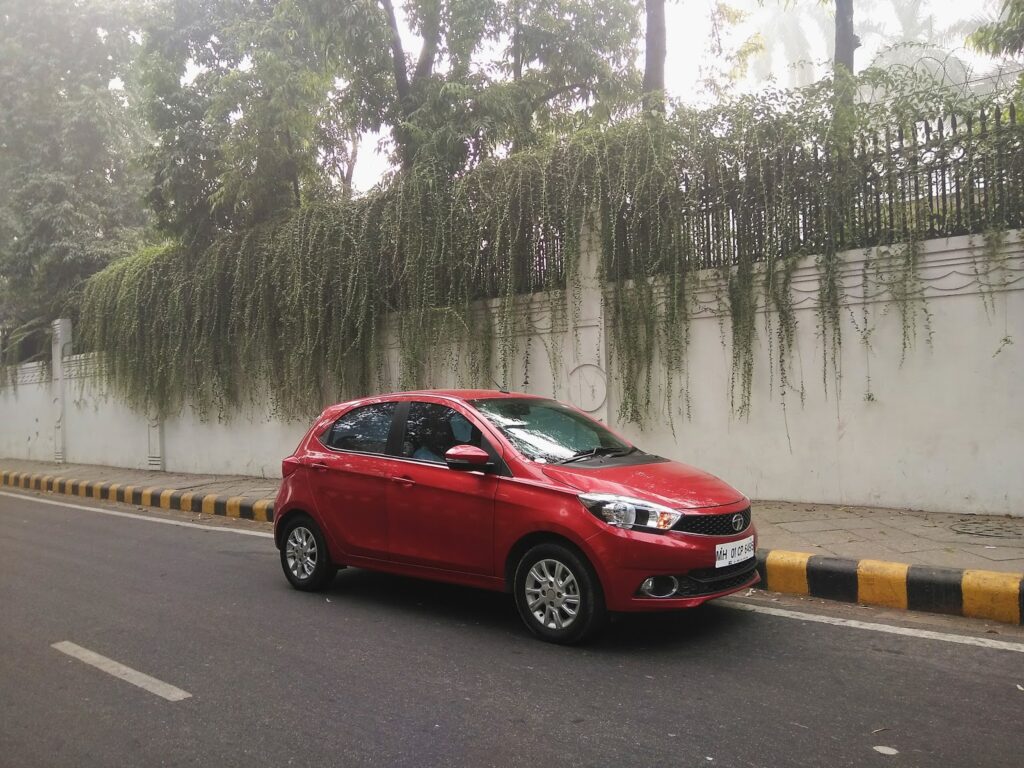 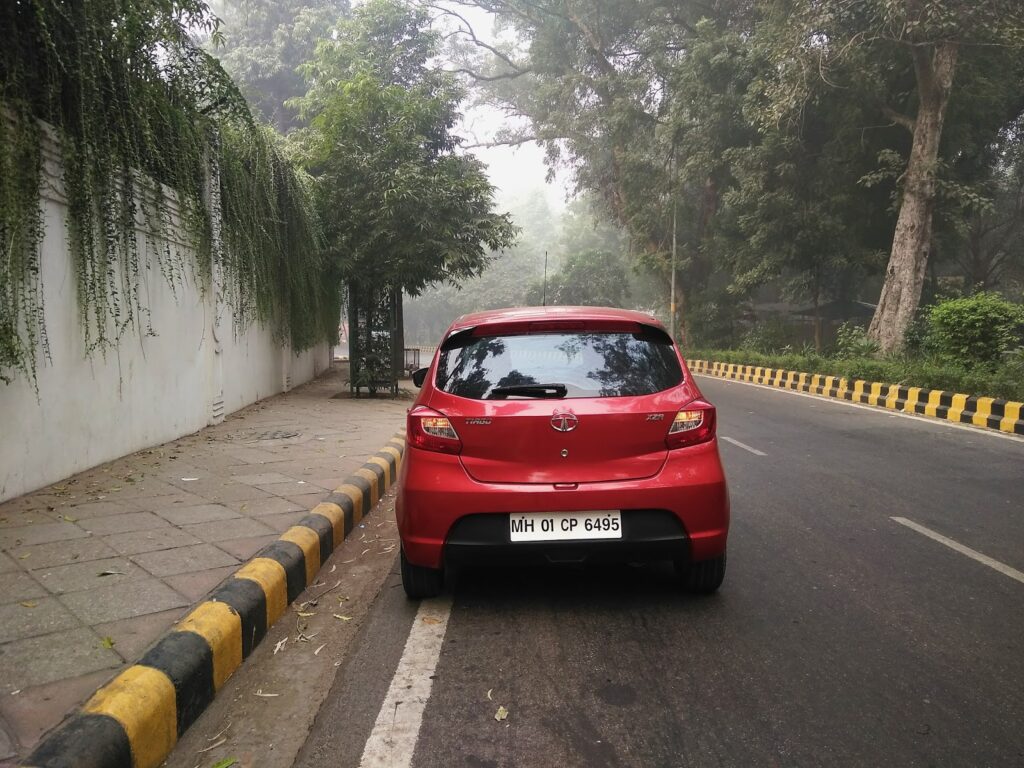 We tested the Tiago when it first came out in 2016, and were quite impressed with Tata’s latest take on the mid-sized hatchback for the Indian market. Expectations around the Tiago were high, and it didn’t disappoint when it finally rolled out. And now with over 100,000 bookings in a little over a year, it has proved to be a shot in the arm for Tata Motor’s PV division, offering a compelling package of looks, features and performance with a strong underlying value-for-money proposition.

The hatchback segment has always been a busy space. With Kwid redefining the entry level, Micra innovating for market share, favourites like Celerio and Grand i10 going strong, and new-kid-on-the-block Ignis finding its niche, the Tiago had to up its game to keep interest alive. So a few months back, it introduced the AMT (automated manual transmission) gearbox in the top end petrol variant, which met with a reasonably good response.

The Indian market is slowly but surely warming up to automatic transmission cars even in the sub INR 10 lac segment. Understandably so, considering the ease of driving it provides in stop & go city traffic. The AMT though, is not automatic in a true sense. It is a bridge between manual and automatic, and can be factory fitted on to any manual transmission car. Making it an easy, low cost upgrade for the manufacturers, and a convenient yet fuel efficient feature for the customer. While the Tiago isn’t the first in its segment to offer an AMT, it’s clutch-less avatar which comes with a ‘Sport’ mode, does make it an attractive package.

The Tiago AMT looks exactly the same as the Tiago XZ variant, except for the ‘XZA’ badging at the rear. You guessed it; ‘A’ stands for automatic. The styling had us impressed from the time of the launch, and it still looks fresh, agile and confident on the road. The wrap around headlamps, the black honeycomb grille, the strong shoulder lines, two tone rear bumper, the boot lid spoiler and smart 14″ alloys give it a sporty flair and makes a strong impression. There is a positive vibe about the way the Tiago looks, and it remains one of the few proportionate and well designed hatchbacks in the country. 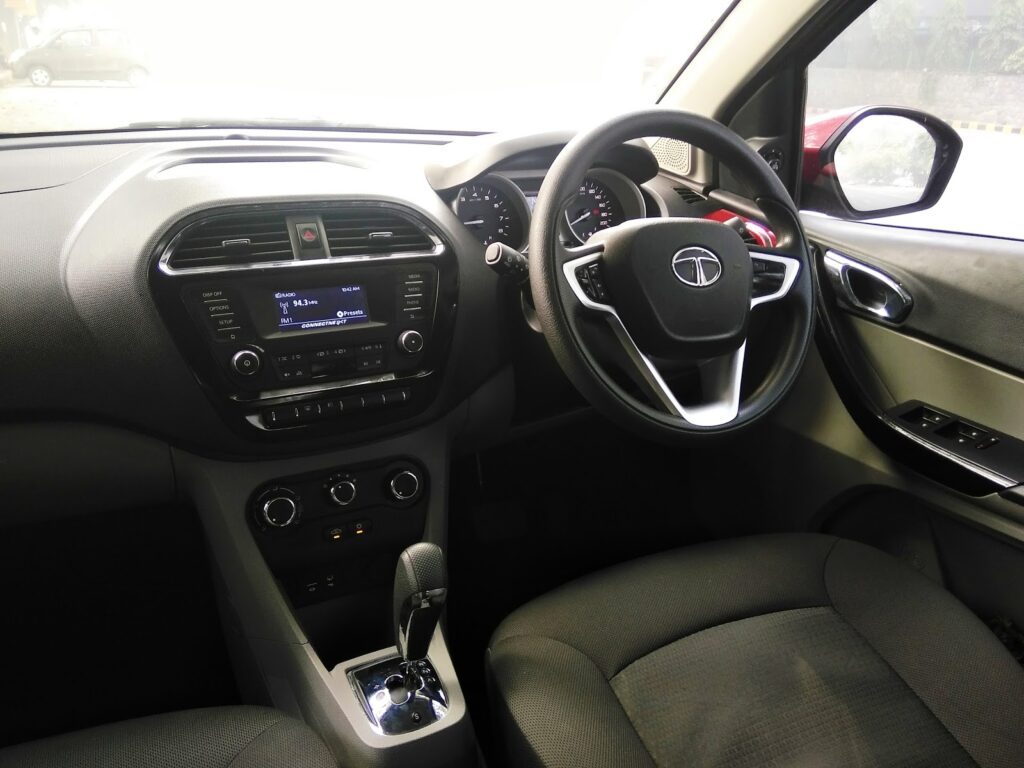 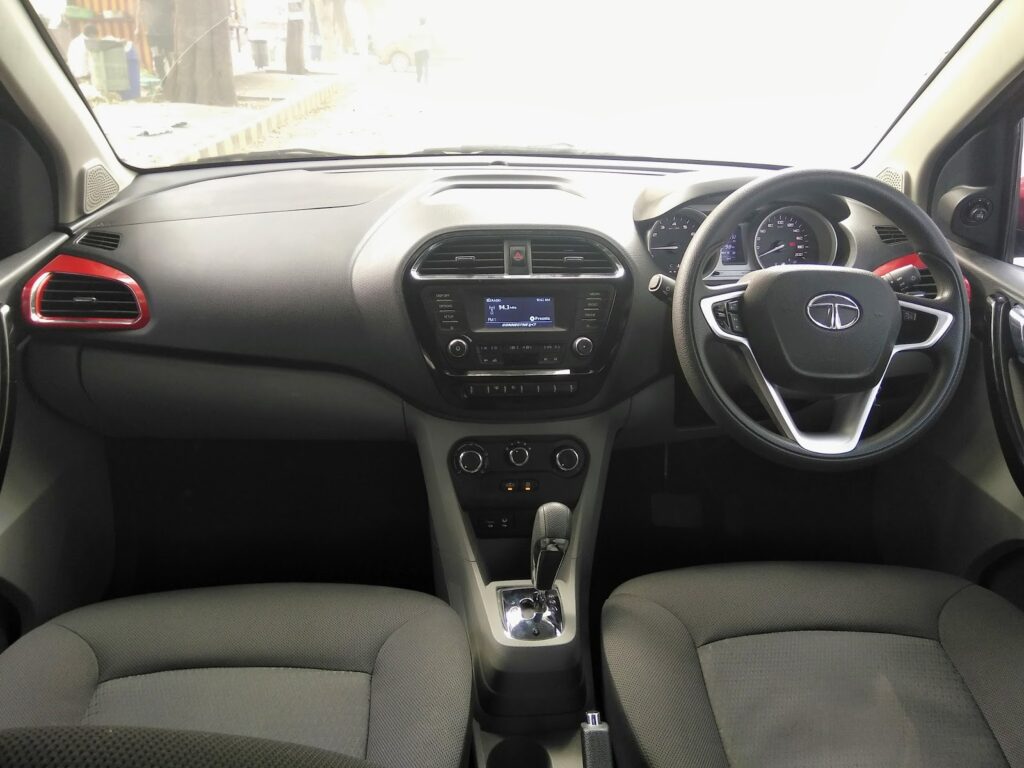 The sporty feel of the exterior continues inside as well. The steering wheel is compact and (you guessed it again) sporty, the dashboard design is simple and uncluttered, and the two tone grey and black cabin works well. The splash of colour on the side air vents to match the exterior (red in our case) adds a nice touch of vibrance and breaks the monotony. Overall, the design and practicality of the Tiago’s cabin is appreciable, but a few soft touch points and padding on door grips and elbow rests would have been welcome. Everything is hard plastic, from the dashboard to the central console to the door trims. The plastic in a few places feel a bit compromised, but nothing really that would put you off. The space is well utilized with some clever and thoughtful storage and cubby holes, including two cup holders, a shopping bag hook in the front and a coat hook at the rear. The well contoured front seats are narrow and slim, and that makes for additional leg room at the back. With taller occupants in the front, rear leg space can seem a bit inadequate. The boot at 242 ltrs. is decently sized and if you need more space, the entire rear bench has to be pushed down. There is no 60:40 split option.

The AMT is only offered in the top of the line Tiago which has an impressive feature list. Bluetooth and auxiliary input for the phone, USB connectivity, voice commands, steering mounted controls, electrically adjustable ORVMs with LED indicators, rear parking sensors and a 8-speaker Harman sound system are some of the highlights. There is the jukebox app that can connect multiple smartphones, enabling users to share list of available songs in the connected device through a hotspot. The navigation app can be synced through any Android smartphone for turn-by-turn navigation that displays time of arrival and distance to destination.

Tiago however misses out on climate control (at least the top end deserved it), auto folding ORVMs and a central unlock switch (it has automatic sensor locks, but needs to be unlocked the old-fashioned way by pulling up the window lever). The multimedia screen is also a bit dated. However, the overall package is quite enticing, and the Tiago offers a comfortable cabin with pretty decent equipment levels.

What really differentiates the Tiago AMT is the 5-speed automated manual transmission which is paired with the 1.2L 3-cylinder petrol motor. At its best, it produces 85 PS of power and 114 Nm of torque. The peppy engine and smooth power delivery makes it quite a spirited city drive. While the AMT is usually quick shifting, it does demonstrate a jerky behavioural streak. The AMT ‘head-nod’ is evident and annoying at times, but that’s something one has to live with till the technology is perfected further.

The AMT in the Tiago has three driving modes – City (default mode), Sport and Manual. The transmission performs well in City mode, as long as there is no throttle aggression. It is smooth shifting but has a fair bit of lag; a problem that is fixed by moving it to Sport mode. Instantly the gear shifts move to a higher rev band of 3000-3500 rpm and the lag is ironed out. But fuel efficiency takes a significant hit. The transmission otherwise is quick to shift down according to throttle input, and releases enough power for a quick sprint or overtake. However, the gearbox does feel a bit jerky in Sport mode. Manual mode gives full control, and we found ourselves choosing it more often for a better take-off when faced with an open stretch, before shifting to the City mode.

The Tiago AMT otherwise has a squirrel like agility, but doesn’t respond too well to heavily aggressive driving. We found the car to be more at home in the City mode with some civilized driving skills behind the wheel. For its size, the Tiago AMT surprises with its high speed stability and feels solidly planted as you challenge it to go further. Although there is a bit of body roll, it handles well and the overall ride quality doesn’t give any reason for complaint. 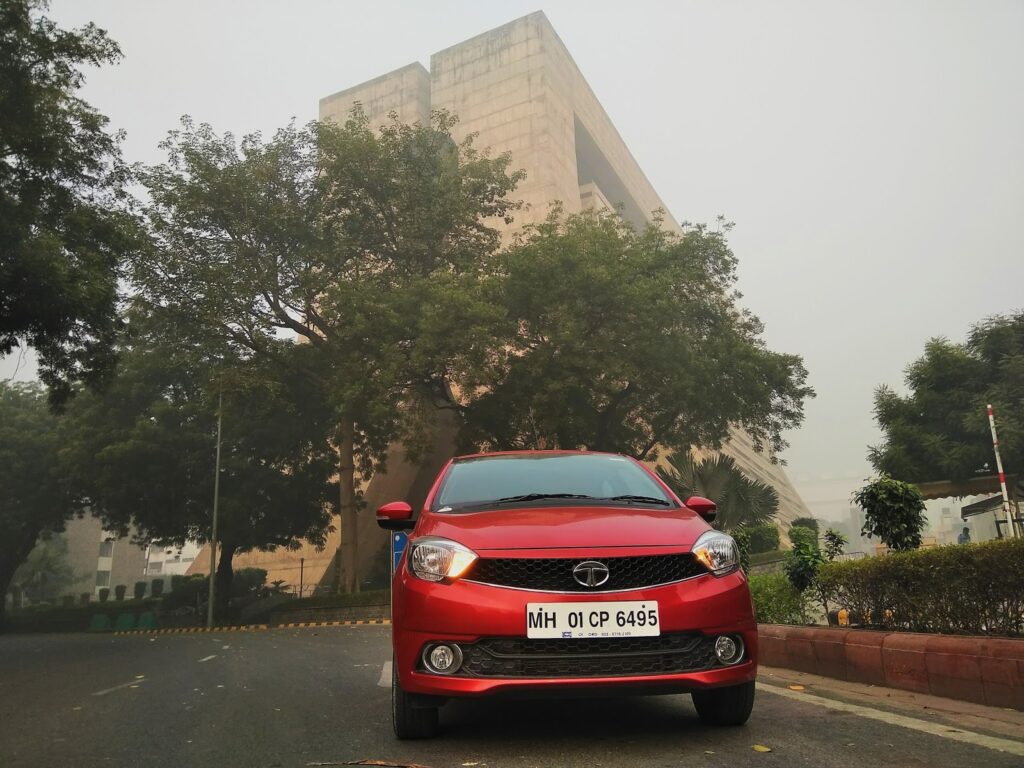 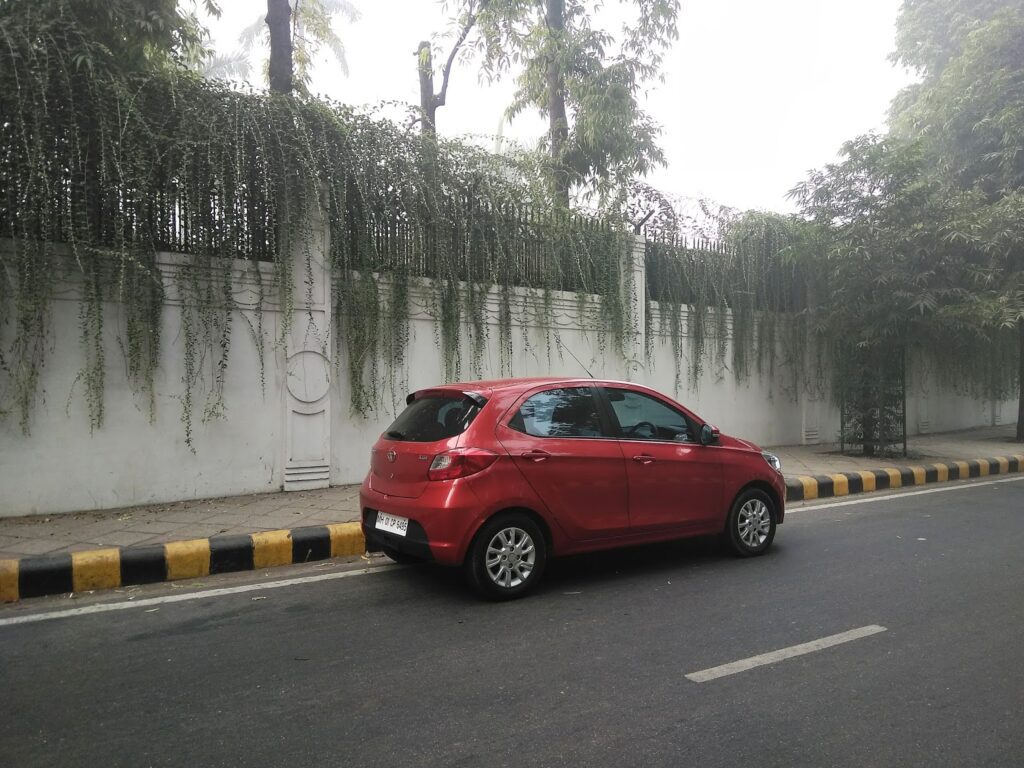 In terms of safety features, the Tiago AMT comes with dual airbags, EBD and ABS with corner stability control. We found the fuel efficiency figures between the manual and AMT version of the Tiago to be within the same range. We had clocked an average of 13.2 km/l in the 1.2L manual, and with the AMT we fared marginally better with 13.5 km/l.

The addition of the AMT is definitely a welcome value addition to the Tiago and may cut into the sale of its other variants. With its impressive styling, build quality, feature list, well designed interiors and comfort levels, it was already a capable car. Add to that the ease of a semi-automatic transmission at an aggressive price point of INR 5.36 lacs (ex-showroom Delhi), and it becomes a package that is hard to ignore. Surely, it isn’t for the performance oriented, but it’s a great city commuter that pretty much checks all the boxes and pushes the value-for-money envelope further. This is one AMT that definitely gets our head-nod.