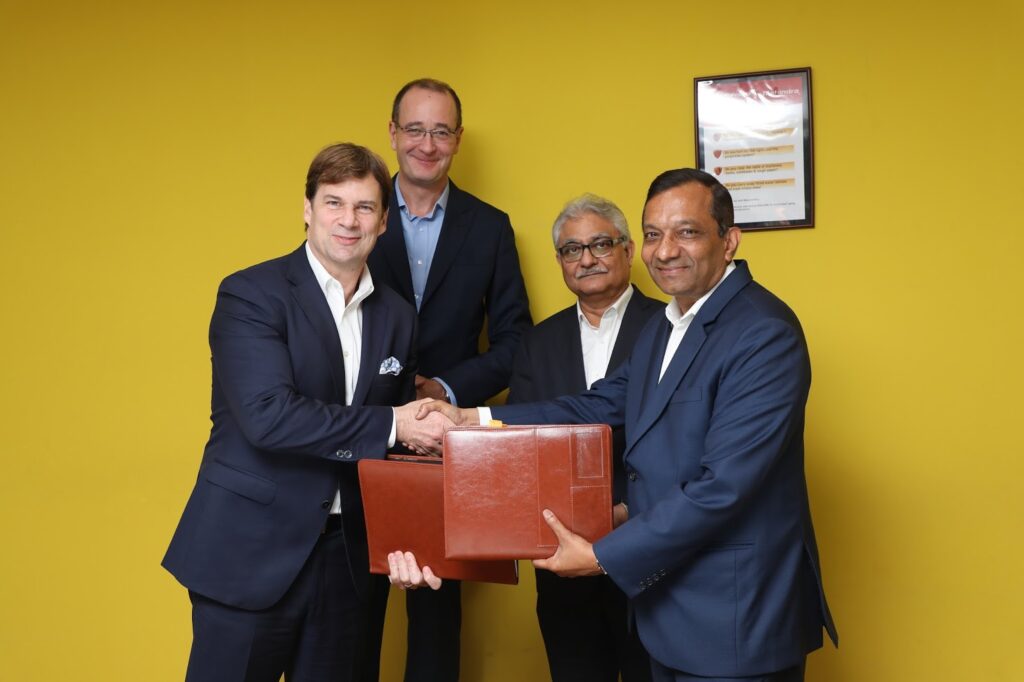 Mahindra Group and Ford Motor Company will jointly develop new SUVs, and a small electric vehicle as part of several initiatives announced today between the two companies. Five new MoUs further strengthen the strategic alliance announced between them in September 2017, and the jointly developed products will be for consumers both in India and emerging markets.

Under the initiatives, Mahindra and Ford will leverage their strengths in the utility vehicle space to co-develop a midsize sports utility vehicle (C-SUV). Built on the Mahindra platform, the new SUV will drive engineering and commercial efficiencies and will be sold independently by both companies as separate brands.

Mahindra and Ford also agreed to evaluate co-development of a compact SUV and electric vehicle, along with sharing powertrain portfolios, including the supply of Mahindra powertrains to extend Ford’s product range.

Building on the collaboration, Mahindra and Ford also announced plans to co-develop a suite of connected car solutions for consumers.