New Delhi, 8 December 2015: Unarguably one of the toughest off-road endurance race in the planet, Dakar Rally is an annual rally raid organized by Amaury Sport Organisation. The next edition of the race will start and finish at Buenos Aires, Argentina from 3rd to 16th January, 2016, making excursions into Bolivia on a looping 9000 km route from Buenos Aires to Rosario, the hometown of iconic footballer, Lionel Messi. 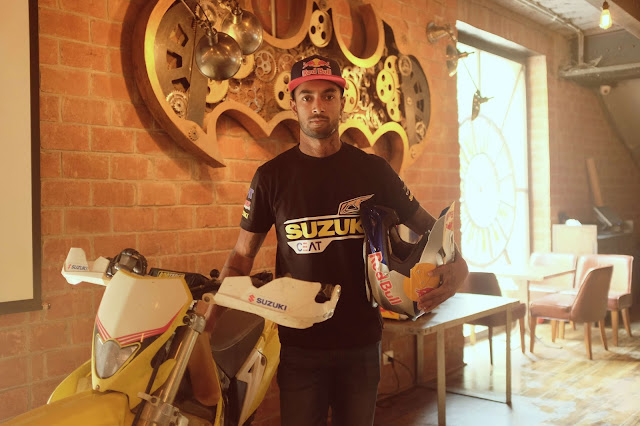 The only Indian to participate and successfully complete the daunting race last year was CS Santosh, who put in a commendable performance to finish 36th. And for 2016 Dakar, he is hoping for a top 20 finish. Having won numerous accolades over the years, including Maruti Suzuki Desert Storm, Maruti Suzuki Raid de Himalaya, Fox Hill Supercross, Asian Motocross Championship and many more, CS Santosh is undoubtedly the country’s most accomplished rally-raid rider and an inspiration for aspiring young racers in India. 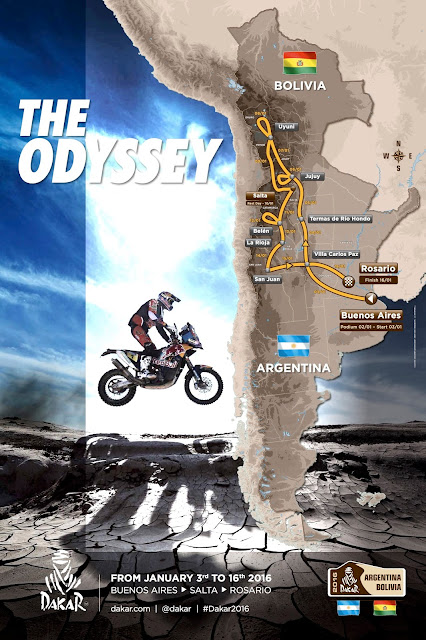 Out of a total of 152 moto riders participating in 2016 Dakar, the Indian ace and Red Bull athlete will be astride a specially prepared Suzuki 450 Rally as he navigates through a total distance of over 9,000 km, out of which over 4,500 km will mark the 13 competitive stages against the clock.

There will be two marathon stages in which no outside mechanical assistance will be allowed at the end of the day – this means, after a long hard day of riding, the riders will have to service and repair their bikes without any help. Two nights will be spent above 3,200 metres (approx 11,000 feet) and on the 5th competitive section, riders will have to deal with several high passes on their way to Bolivia, including a crossing at 4,600 metres (over 15,000 feet), which will be the highest point of the Dakar story in South America so far.

There are several new sections as well, that will pose severe navigational challenges for the riders, who are first out on the tracks ahead of the quads, cars and trucks.

We wish CS Santosh all the very best. Coming up next, our interview with CS Santosh, in conversation with Raghav Sarma.