For many decades, the automobile industry has been walking the tightrope between development and damage, as emissions and toxic waste continue to remain one of the biggest environmental challenges worldwide. Manufacturers have been working on sustainable alternatives to reduce emissions by using cleaner fuels, but the holy grail – ‘the zero emission car’ has remained elusive.

Toyota has been a pioneer in implementing and commercially mass-producing hybrid electric vehicles. They introduced the Prius in 1997, and have now gone a step further to create the ‘Fuel Cell Vehicle’ – a car with zero emissions and no carbon footprint. Work on the ‘Fuel Cell’ concept commenced in 1992 and the technology revolves around a ‘Cell’ that generates electricity through the chemical reaction between hydrogen and oxygen to power the engine. This eliminates the use of gasoline, thus creating a remarkable vehicle that is truly environment friendly in every sense.

The Toyota FCV is the first car to use Fuel Cell Technology and will be available in Japan by 2015. Reportedly named ‘Mirai’ (Japanese for ‘future’), it will be the size of a Toyota Camry and an ideal family sedan. The name aptly describes what Toyota has given the world with its Fuel Cell Technology: a glimpse of the future. A future where the joy of motoring comes without any side effects.

To mark the arrival of their new car, Toyota has launched a brand new campaign centered around a film called ‘Toyota Dominoes’. The film begins with a visual of fallen dominoes, a metaphor that signals the fact that much damage to the environment has already been done, and is pretty much irreversible. But one good idea leads to the next. Powered first by Toyota’s hybrid technology and then the fuel cell technology, the fallen dominoes lift themselves up magically, setting off a chain of events that help rebuild their original form, reverse the damage and eventually build a happy planet.

The journey towards a cleaner environment is slow and tedious, but not impossible. The dominoes can be rebuilt. Toyota has shown the way by making the future available to us through its innovation of ‘fuel cell technology’. All we have to do is step ahead and embrace it. 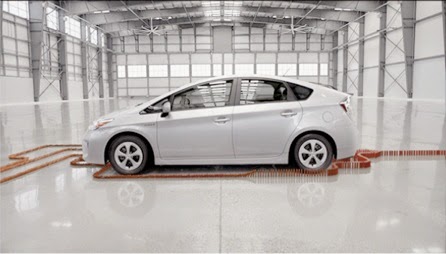 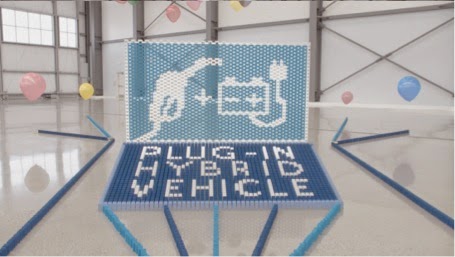 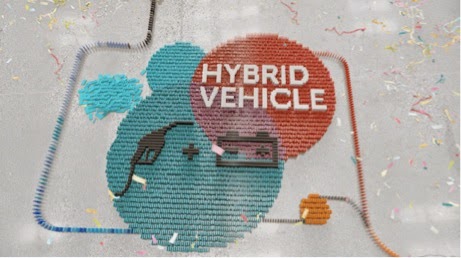