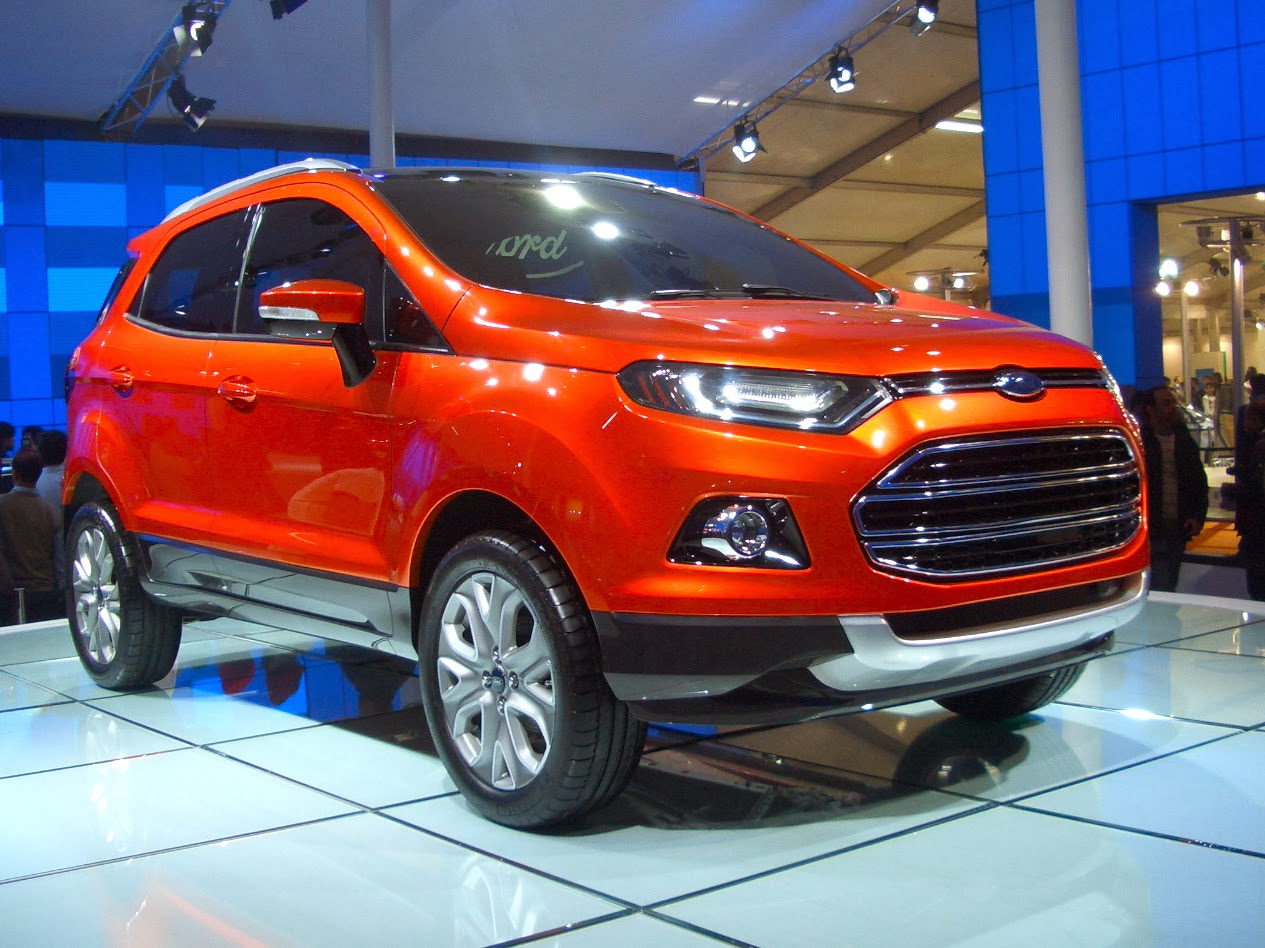 09 June 2013: The Ford EcoSport has been one of the most awaited set of hot wheels this year. The car was showcased for the first time at the Auto Expo 2012 in New Delhi, where it’s aggressive, sporty and compact styling attracted a lot of attention. Since then, the mini-SUV segment has seen a lot of action and perhaps the EcoSport may have ceded a bit of the early advantage to the Renault Duster in India. However, after months of testing in India and Brazil the car is finally set to launch in the coming weeks. 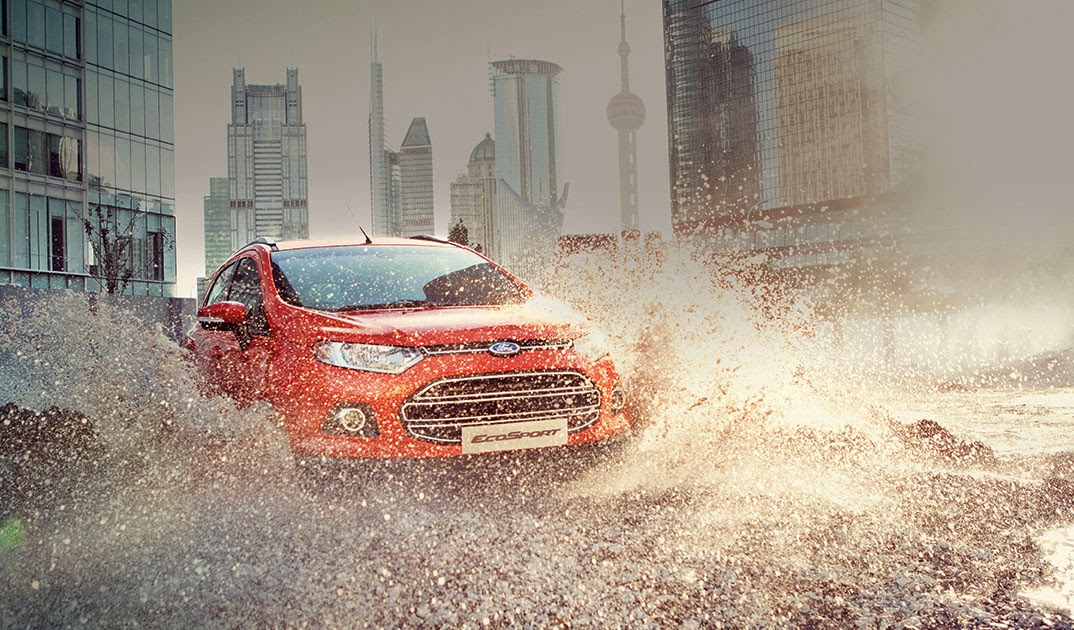 At just under 4 metres the EcoSport is compact. Which means it will be considerably cheaper than its rivals. But small does not mean cramped. The EcoSport has ample space for your kids and the dog with a 346 ltr. trunk capacity which can be enhanced to 560 ltr. by folding the 60:40 rear seats. The interiors are familiar, with lots of features borrowed from the new Fiesta. The bug-eyed dials look good and there are clever features like the Windows SYNC integrated into the car’s multimedia system. It seamlessly connects your Bluetooth and USB devices so you can make and receive calls, play your favorite songs or have your text messages read out to you. Just say the words and SYNC does the rest. Ford has also introduced a new safety feature which utilizes the local emergency services, where local authorities are alerted when the airbag is deployed or there is an ignition cut-off. Keyless entry, push button start and rear parking sensors with visual display are the other frills you could expect. 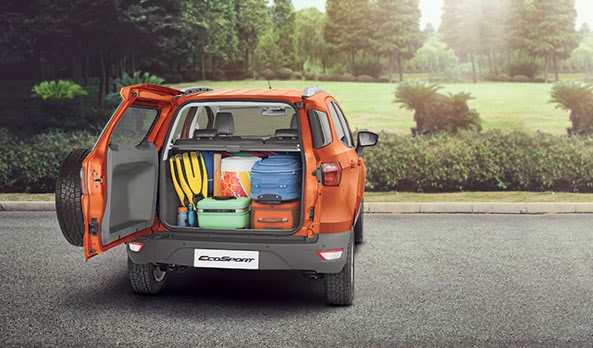 The styling remains almost the same as the original concept, which is rare these days and a good thing. It looks as rugged and aggressive as was promised and has the proportions and stance of an SUV. The spare wheel mounted at the back gives it an appeal similar to the turn of the millennium Toyota RAV4. But does it drive like one?

Well, the engines available are not full-on heavy duty SUV engines. The two engines from the Fiesta are available on the EcoSport as well – a 1.5 ltr. petrol with 110 BHP and 140 Nm of torque, and a 1.5 ltr. diesel with 90 BHP and 204 Nm of torque. The winning option however, is a brand new 1.0 ltr. EcoBoost petrol engine with 125 BHP and 170 Nm of torque. Said to be small enough to be placed on an A4 sized sheet of paper or put in an overhead compartment of an airplane, it is surprisingly efficient. It gives a mileage of 18 km/l and the power is ample for city use. This engine has bagged the ‘2013 International Engine of the Year’ title and it is surprising how a small three-cylinder engine can deliver such performance. The EcoBoost has everything going in its favour – it’s small, stylish, efficient and hopefully affordable too. 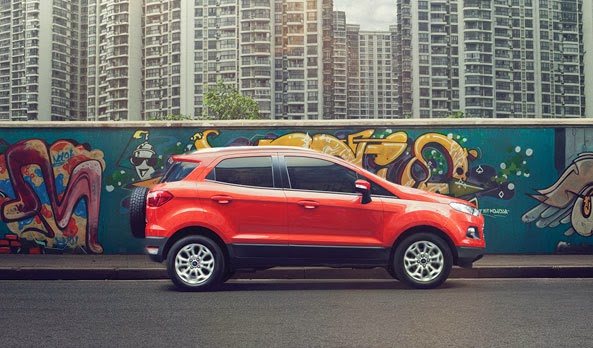 If Ford gets the launch pricing right (which most manufacturers don’t) the EcoSport could be swarming the city roads in a matter of months. The early advantage of the Renault Duster notwithstanding, this may eat away a share from the hatchback and small sedan segment and find its own niche. The price is expected to be in the INR 7-10 lakh bracket (ex-showroom) and more details will be available in the coming weeks.