14 January 2012: It looks like a super car, feels like a sports car and probably would drive like a luxury car (if you go by the tech specs, that is). Presenting the DC Avanti – India’s first home made super sports car.

India’s tryst with indigenous sports cars started with the convertible San Storm, which was a resounding failure. And now India’s leading tuning firm, DC Design, has come up with the DC Avanti which was unveiled at the 11th Auto Expo in Delhi last week and will be on display at their Gurgaon showroom over the next few days. Being India’s first car in this segment, it generated quite some excitement with none other than Amitabh Bachchan launching it. 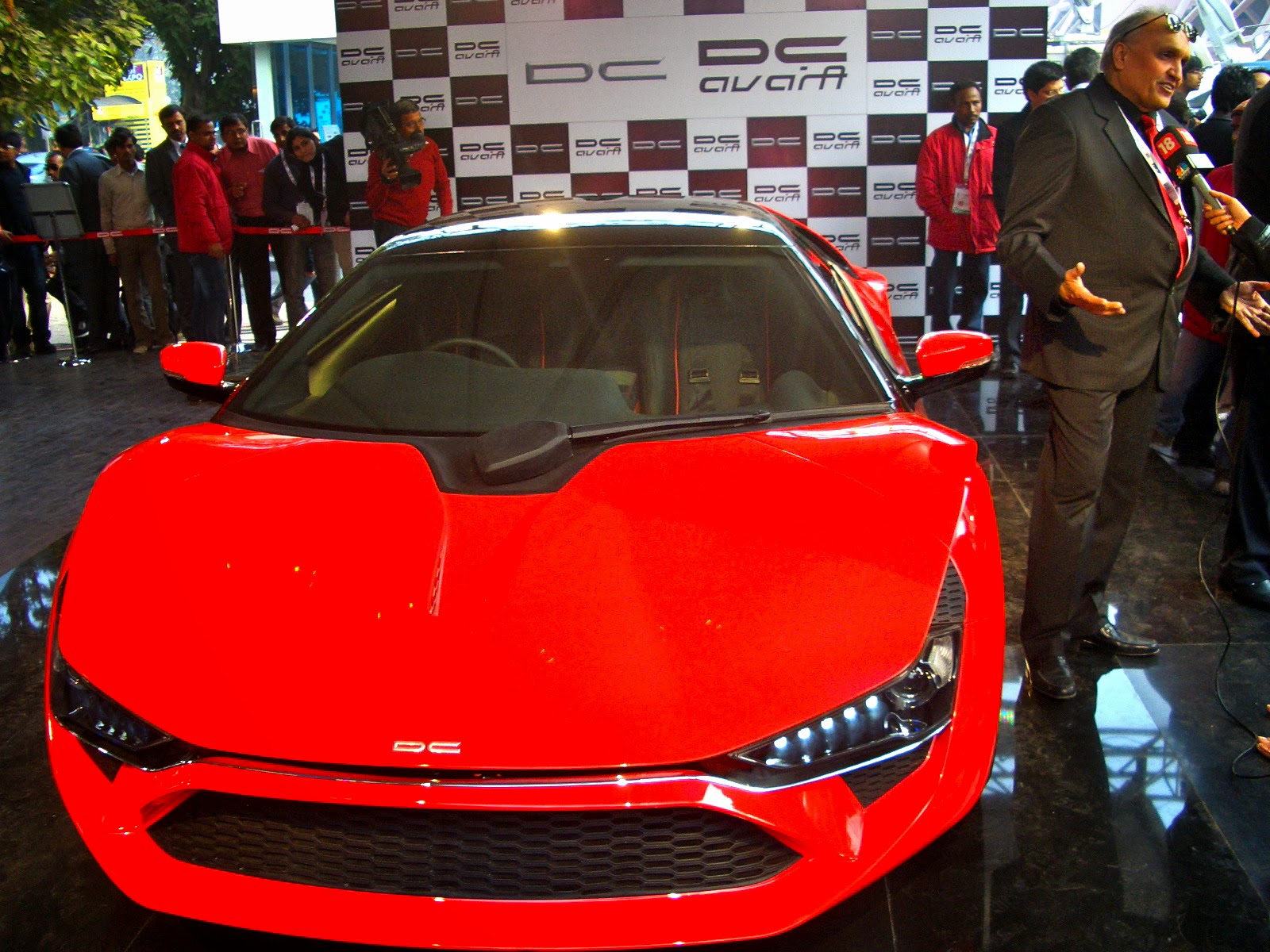 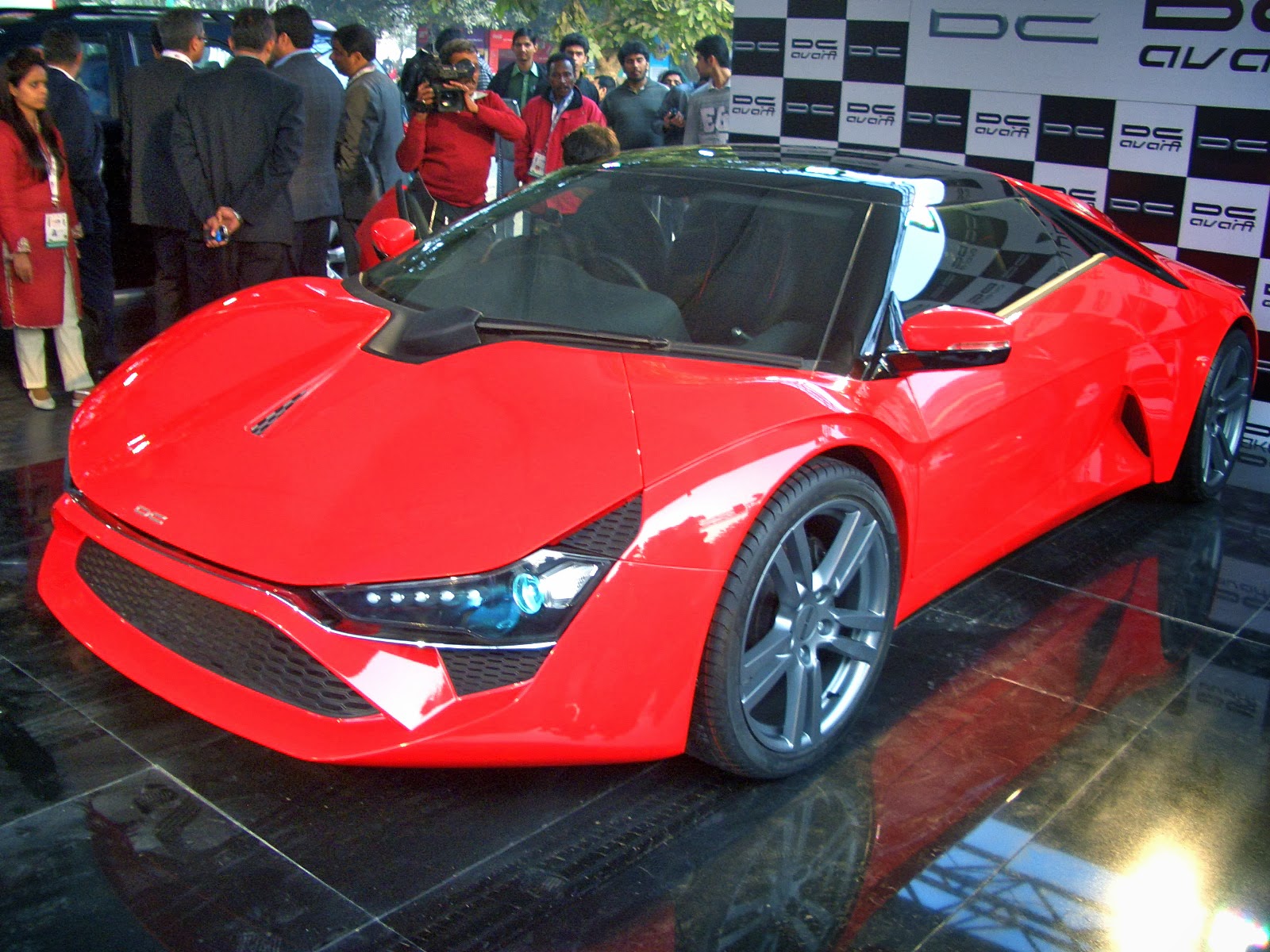 The DC Avanti is essentially a concept that is close to production. On display was a bright tomato red which was quite impressive on first glance. The paint job though did not compare to the Audi R8 Spyder which I reviewed on the same day and was fresh in my mind. Also on closer look, you could see the compromises in finishing and detailing along the window trims, which was a bit disappointing.

With this car, DC Design intends to create an affordable super car in India and progress from auto tuning and designing to full scale auto manufacturing. While they do have design capabilities, I am not too sure of their engineering capabilities since they don’t have any expertise in making cars from scratch. So I don’t expect a very capable car here. 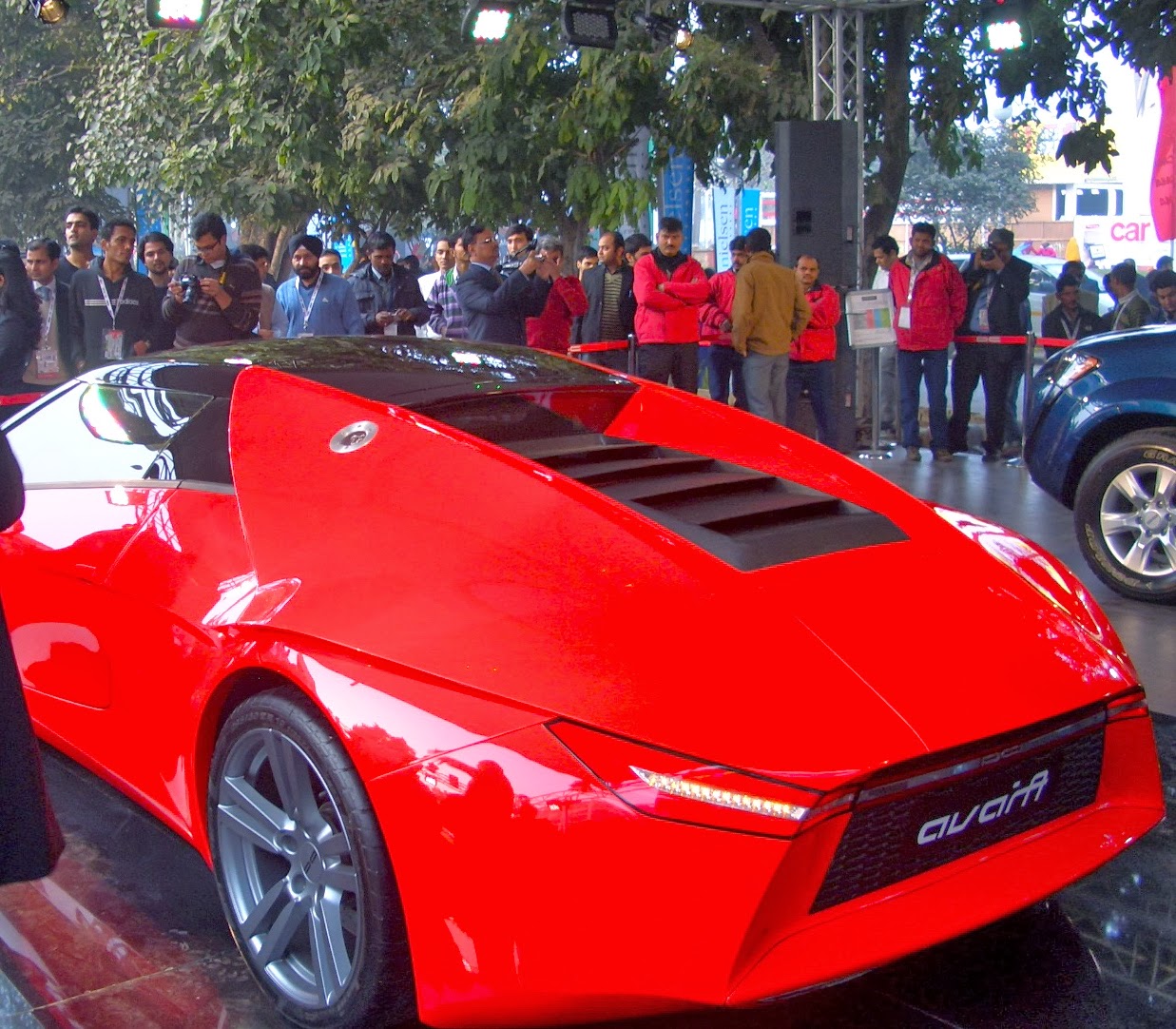 On the design front, the DC Avanti is quite a looker. It is a sleek 2-seater with sharp angular lines and lot of air intakes all around. The design is heavily borrowed from other super cars – the head lamps and design flow in the front is similar to the Ferrari 458 Italia and the sides look like the Lamborghini Murcielago. Initially it was announced that the car would have a Honda sourced V6 engine with a power output of 400 bhp, which was okay. However to keep initial costs low, the company has decided to delay the V6 and offer a 2.0 ltr. four cylinder Ford petrol engine with 265 bhp. Which is quite a compromise actually. However the car’s weight will be kept low, so hopefully that will help things a bit.

The price tag is likely to hover around Rs.30 lacs, which might not sound much to some who would happily shell out double the amount for their BMWs or Porsches in India. But it actually is a lot of money for a car with these specs (think of the BMW M3 and Mercedes C63 AMG at the same price in the US) and you would know what I mean. The DC Avanti will have a direct rival in the Chevy Camaro which is also priced in the same bracket in India. The Camaro was also launched at the Auto Expo and comes with a bigger and much more powerful V6 engine. So while DC Avanti scores on looks, the Camaro scores high on the power, feel and quality; and would most certainly be a better package overall.

Bookings for the DC Avanti have started now and the car will hit showrooms in 2013. In the first year, the company plans to manufacture 300 units. I reckon it will appeal to a lot of rich youngsters who can zip from 0-100 km/h in just about 7 seconds and get the look and feel of a sleek machine to impress their girlfriends. Their parents should also be happy since the vehicle is grossly under powered as compared to other monster super cars, so speed and power will be kept in check. Which means they are more likely to return home in shape after their late night binges!