05 January 2012: India’s largest car manufacturer Maruti Suzuki has put up an aggressive show at the 11th Auto Expo 2012. Along with a full range of already reliable hatchbacks and sedans, they have two new concepts on display – the XA Alpha and the Ertiga, which will be unveiled tomorrow. So more on that later. 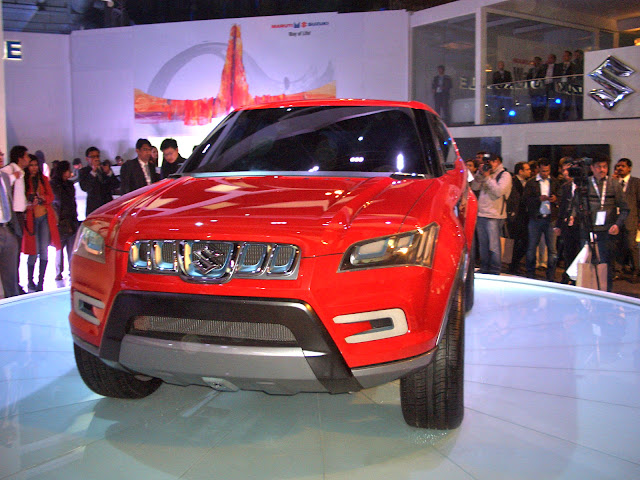 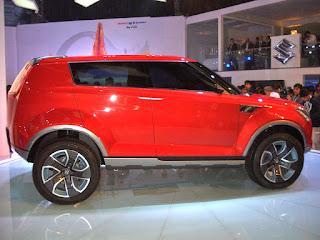 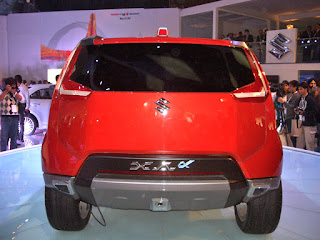 The XA Alpha was unveiled today, and it will possibly be Maruti’s venture in the compact SUV segment. Like most concepts, this vehicle is a fairly good looking one, with muscular lines and a taut stance. It is rugged, sturdy and experimental in design and has a wild urban look about it. The lava red colour makes it look even more powerful. 5 Indian designers were involved in developing this project which took about 9 month to complete. The design according to Maruti, is inspired by traditional Indian wrestling and the bulging lines and wheel arches take cues from the wrestlers themselves. The head lamps resemble an eagle’s eyes. The overall car design is appealing, but I guess it will go through a lot of modifications by the time it reaches the production stage. The officials were tight lipped about the engine options, but some specs were released. The car’s overall length is 4 mtrs with a wheelbase of 250 cm. It comfortably seats 5 and will sit on 19 inch tyres. Expected to be launched in both diesel and petrol version in 2WD and 4WD. 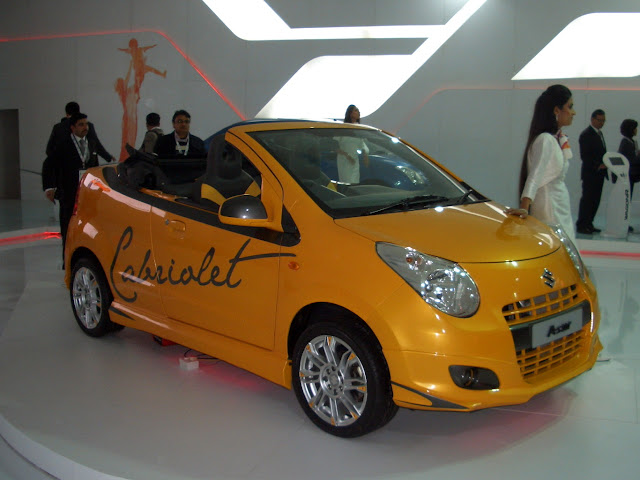 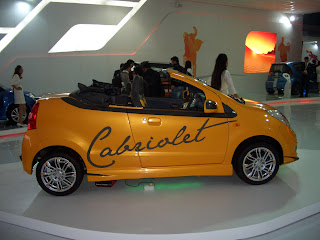 Another car that I found particularly appealing at the Maruti Suzuki pavilion was the A-Star Cabriolet. A smart 2 seater concept, it was made to look sporty by way of a body kit and bright yellow paint job. As there are no affordable cabriolets on sale in India right now, it will be a breath of fresh air from the mundane hatches and sedans we usually see on our roads. India needs one of these pretty fast and I would think this is a definite possibility since the platform already exists. Specs would be more or less similar to the existing A-Star, but no confirmation on whether the car will hit the roads anytime soon. 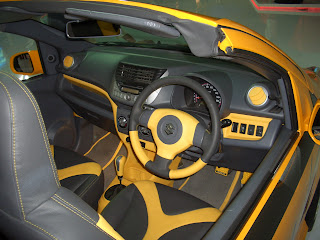