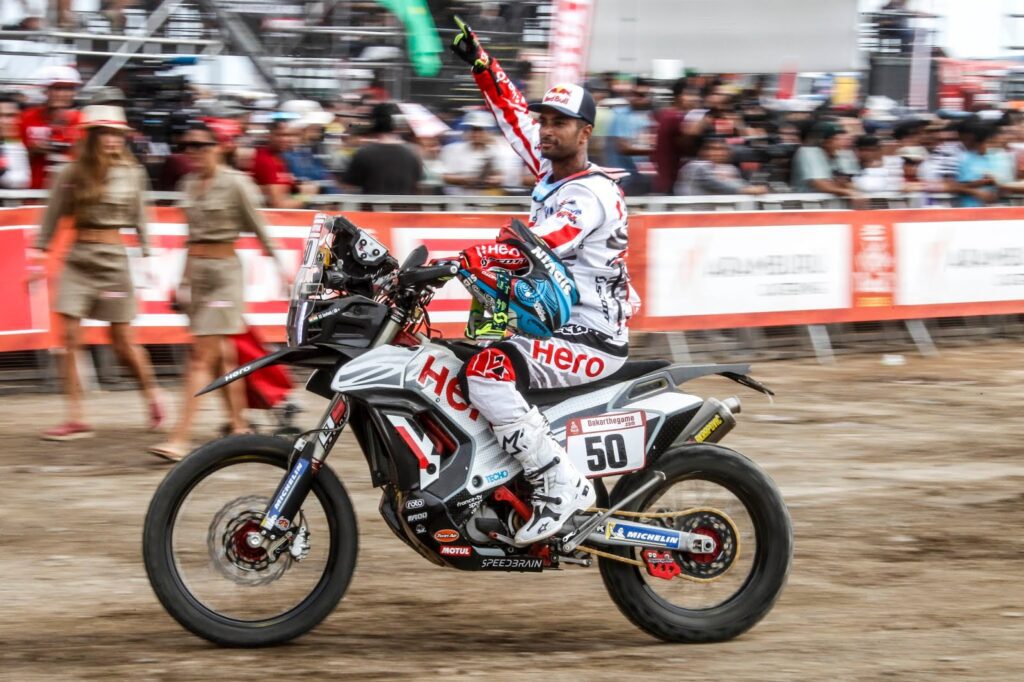 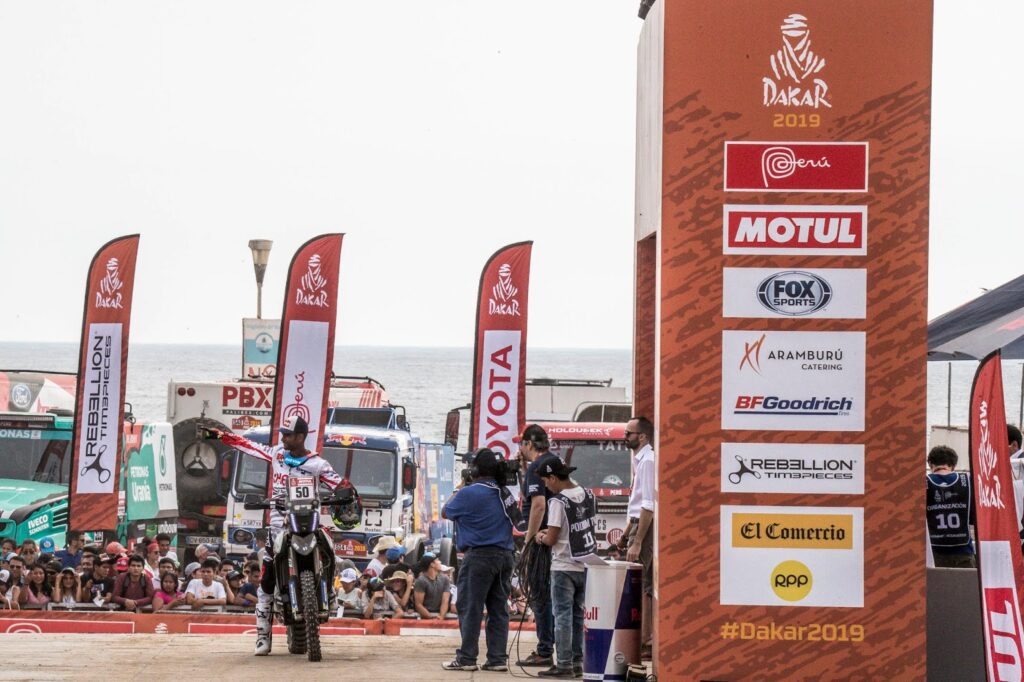 Lima, Peru: The Dakar Rally, known to be amongst the most gruelling races in the world, flagged off its 41st edition in Lima, the capital city of Peru. This edition of Dakar Rally marks the 3rd year of participation for India’s Hero MotoSports Team Rally, the rally racing division of Hero MotoCorp Ltd.

The three riders of Hero MotoSports Team Rally, Oriol Mena (Competitor no. 7), Joaquim Rodrigues (Competitor no. 27) and Red Bull athlete CS Santosh (Competitor no. 50) rolled off the ceremonial podium, in front of thousands of fans assembled in the seaside district of Magdalena Del Mar to give a warm send off to the participants.

The team this year seems confident and upbeat about their prospects at the Dakar 2019 riding on the back of some strong performances, intense training sessions and a much improved Hero 450 RR bike since last year. Another big positive for the team is the comeback of Joaquim Rodrigues, who has undergone intensive rehabilitation after his injury at the Dakar last year.

Having completed all the administrative and technical checks successfully, the team kick starts its Dakar 2019 campaign with the first stage on 07 January that will take the rally from Lima to Pisco for a short warm up special of 84 kms.

This will be CS Santosh’s third Dakar with Hero MotoSports and fifth overall.