New Delhi, 22 March 2016: Deliveries for Maruti Suzuki’s newly launched compact urban SUV, Vitara Brezza will begin on 25 March 2016. There has been considerable excitement around the vehicle since it was first showcased at the Auto Expo 2016, and it is now being retailed through a nation wide network of over 1,800 outlets. Within the first fortnight it has already received around 70,000 customer enquiries and 20,000 bookings. 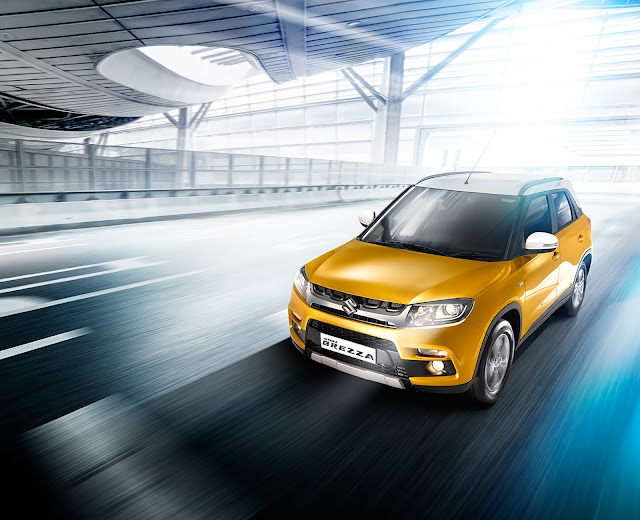 The Vitara Brezza has been one of the most anticipated car launches of 2016. It marks Maruti Suzuki’s entry into the popular compact SUV segment and comes in seven variants including a fully loaded, top-end variant with dual tone colour scheme. It is powered by the DDiS 200 engine and has a claimed fuel efficiency of 24.3 km per litre, making it the highest in the SUV category.

The Vitara Brezza brings a muscular, glamorous and contemporary styling into the segment, with class leading features include dual colour scheme, a unique floating roof, versatile and spacious interiors. It is also the first car in the country to be certified for offset and side impact crash tests which will be enforced in India in 2017.