22 March 2016: Barron’s 2016 Top CEOs list appeared on the cover of the March 19 issue, and Mr. Anand Mahindra, Chairman of Mahindra Group was named as one of the Top 30 CEOs in the world. Other global leaders in the prestigious list include Amazon’s Jeff Bezos, Walt Disney’s Robert Iger, Alphabet’s Larry Page and Berkshire Hathaway’s Warren Buffet. 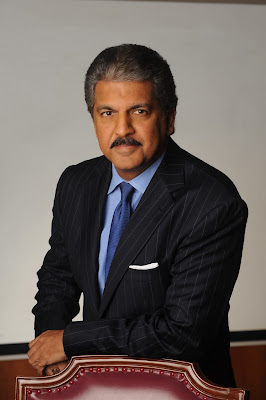 The Mahindra Group is a USD 16.9 billion multinational group with over 200,000 employees spread across 100 countries. According to Barron’s, Mr. Mahindra has transformed the group into a global conglomerate while maintaining a remarkably high level of transparency, governance, and shareholder focus, which is rare in emerging markets. Key criteria for consideration include financial soundness, employee motivation, innovative products, and maintaining consistent profit growth and shareholder gains.

Anand Mahindra said, “I am honoured at this recognition by Barron’s which is an affirmation of the Mahindra Group’s increasingly global character, our high standards of corporate governance, and focus on delivering consistent shareholder returns.”