New York, 23 March 2016: Nissan unveiled the new 2017 GT-R at the New York International Auto Show. With a new look, new features and some major driving-performance enhancements, it is the most significant change made to the model since it was introduced in 2007.

The exterior gets a frontal makeover with a new hood and an enlarged chrome matte finish “V-motion” grille with updated mesh pattern. A freshly-designed front spoiler lip and front bumpers with finishers below the headlamps give it a pure-bred race car look. 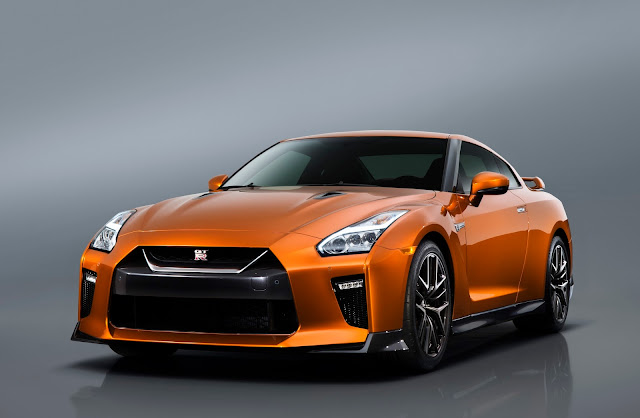 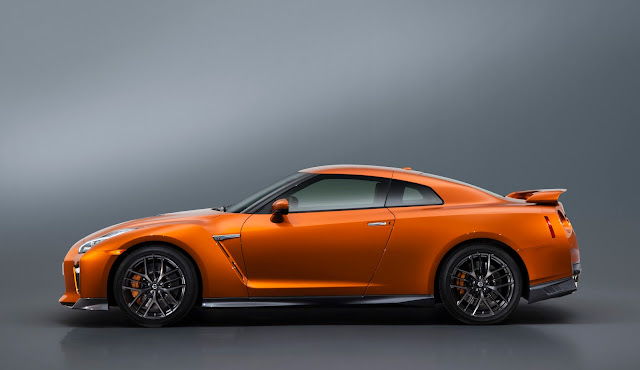 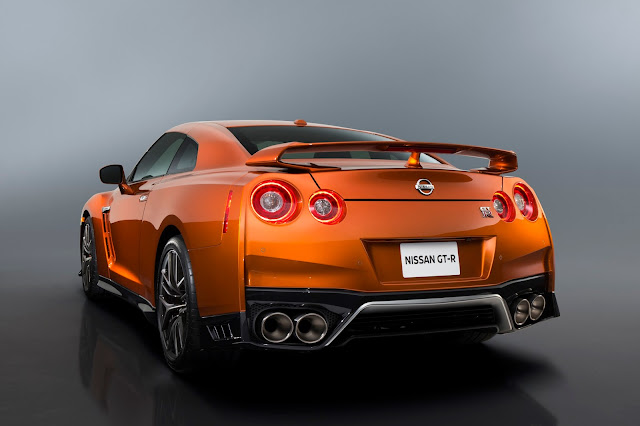 The wind-cutting shape defines its profile, and the side sills have been pushed out to improve air flow. The rear has the hallmark four-ring taillights, with side air vents next to the quad exhaust tips. The belt line separating the lower black section from the body panel has been raised to give a wider and more aggressive look from the rear.

The cabin has premium interiors befitting a high-performance sports car and the entire dashboard and instrument panel are covered with high-quality leather artfully stitched together. The center dashboard with a 8″ touch-panel integrates a much simplified navigation and audio controls. The shift paddles are mounted to the new steering wheel and the paddles and ventilation controls have improved feel and better sound when engaged or adjusted. 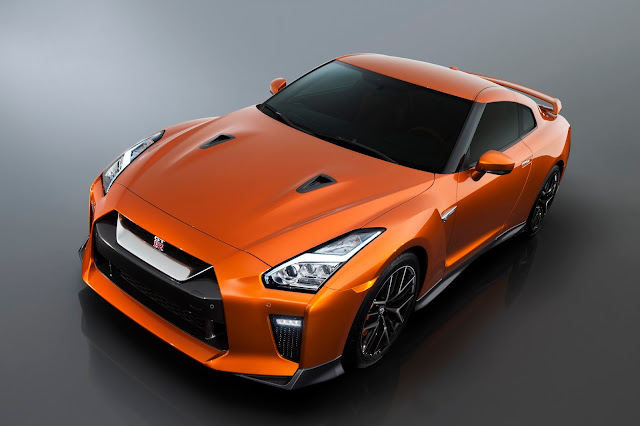 The 3.8L V6 24-valve twin-turbocharged engine delivers 565 HP at 6800 rpm and 467 lb-ft of torque. The improved output allows the new GT-R to possess superior acceleration in the mid to high ranges of 3200 rpm and above. It is mated to a 6-speed dual-clutch transmission that features smoother shifts and less noise.

The GT-R has always been regarded as one of the world’s best handling machines, and the 2017 version is even better, with 20″ tires wrapped around the new “Y-spoke” aluminium wheels. This is also the most comfortable GT-R to date, with a new sense of elegance and civility that one would rarely find in such a high-performance supercar. It has a smoother ride quality and a quieter cabin.

A fresh set of interior and exterior colors complement the car’s sophisticated character. “Blaze Metallic” has been added to the exterior paint palate, while the interior of the Premium Edition, which features semi-aniline leather, offers customers four different options: the newly added Black/Rakuda and Samurai Black, as well as the always popular Black/Amber Red and Black/Ivory.

The 2017 Nissan GT-R will be available this summer.