Ingolstadt/ New York, 24 March 2016: The Audi R8 Coupé has been awarded the ‘2016 World Performance Car’ at the World Car Awards, held on the sidelines of the New York Auto Show.

The second generation of the high-performance sports car from Audi is now the most successful model in the history of the World Car Awards, with a total of four awards. Its predecessor also won two World Performance Car awards and a World Car Design of the Year award in the prestigious competition earlier. 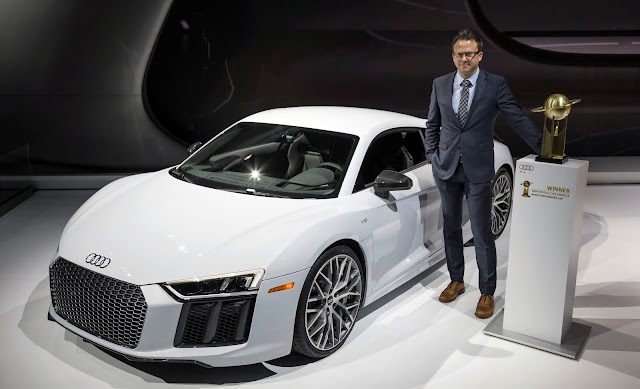 The Audi R8 Coupé offers more performance than any other Audi production model, with a V10 mid-engine and a newly developed quattro drive. The top version with 610 hp sprints from 0 to 100 km/h in just 3.2 seconds and has a maximum speed is 330 km/h.