Goa, February 18, 2016: Harley-Davidson India has unveiled its first mobile dealership on wheels – the ‘Legend on Tour’. This one-of-a-kind dealership has been designed by Dilip Chhabria of DC Design. 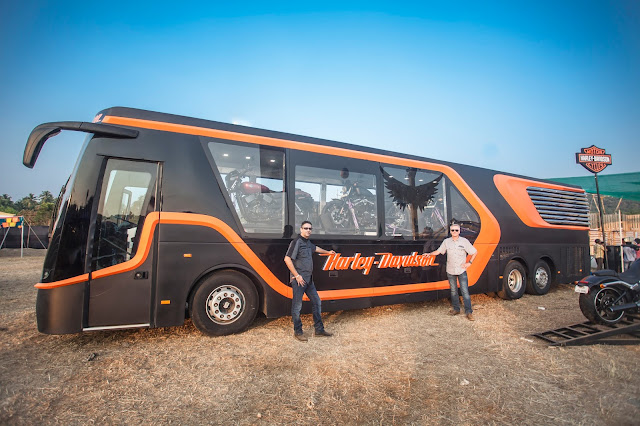 The experiential zone will feature motorcycles from the 2016 Harley-Davidson India fleet and genuine Harley-Davidson motorcycle parts and accessories along with merchandise. It will commence on a tour of the country starting February end, making its first pit-stop at Mumbai followed by Pune, Goa, Bangalore and Coimbatore in the month of March.