The Ameo is the first compact sedan from Volkswagen and is specially designed for the Indian market, while the Tiguan marks the brand’s debut in the SUV segment. And the new Passat GTE highlights Volkswagen’s plug-in hybrid technology. 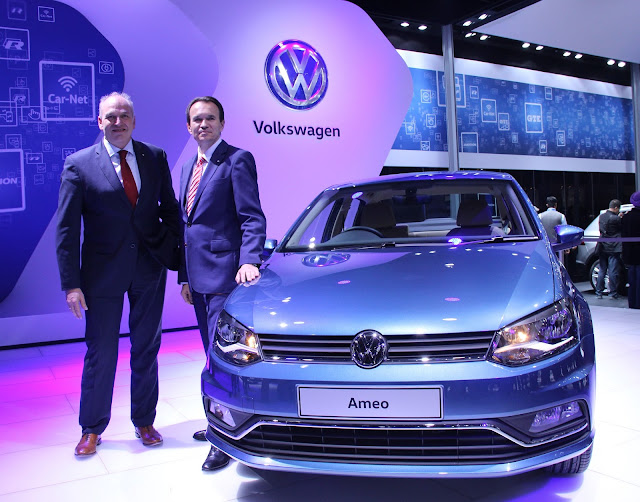 The Ameo is expected to raise the bar in the sub 4-metre sedan segment with first in segment features like cruise control and rain sensing wipers along with static cornering lights and the dynamic Touchscreen multimedia music system with Mirror link, I-pod connectivity, phonebook / SMS viewer. It will be available with two fuel options – 1.2L 3-cylinder MPI and 1.5L 4-cylinder TDI engine. 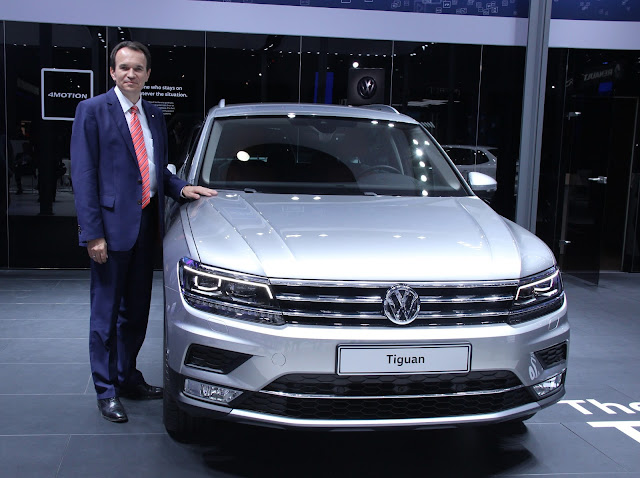 The Tiguan made its debut at the Frankfurt Motor Show in 2015 and is based on the MQB (modular transverse matrix) platform. The second generation Tiguan is powered by a 2.0L TSI engine mated to a 7-speed DSG gearbox, giving a power output of 132 kW / 180 PS. The engine will be capable of delivering EU 6 Emissions norms. With an impressive all-wheel drive performance, the Tiguan blends luxury, handling, safety and efficiency. The new 4MOTION Active Control also lets drivers adjust the all-wheel drive system more individually, to navigate all possible driving conditions. 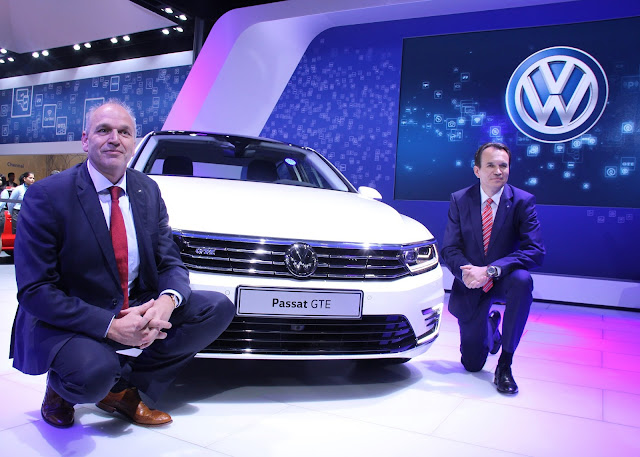 The Passat GTE is a plug-in hybrid powered by an electric motor and a TSI engine. It comes with a Petrol- Electric Hybrid power train mated with a 6-speed DSG gear box and has a combined power (engine + electric motor) output of approximately 218 PS. The 1.4-litre TSI engine develops a power of 115 kW / 156 PS; the electric motor produces 85 kW / 115 PS, while the maximum combined torque is 400 Nm. The Volkswagen Passat’s engine will also be capable of delivering EU 6 Emissions norms.

Other vehicles on display at the Volkswagen pavilion include the 21st Century Beetle, New Vento, New Jetta and New Polo and Cross Polo.