Mumbai, 18 December 2015: Mahindra’s much awaited compact SUV codenamed S101 was revealed today and will be branded Mahindra KUV100 in its road-ready avatar. While booking open on 19 December, the compact SUV will be formally launched on 15 January 2016.

Positioned below the TUV300 and XUV500 in the portfolio, the KUV100 will be powered by an all new mFALCON engine family – a 1.2L 82 HP and dual VVT petrol and a 1.2L 77 HP turbo-charged diesel engine respectively. This will also be Mahindra’s first foray into ground up petrol engines. 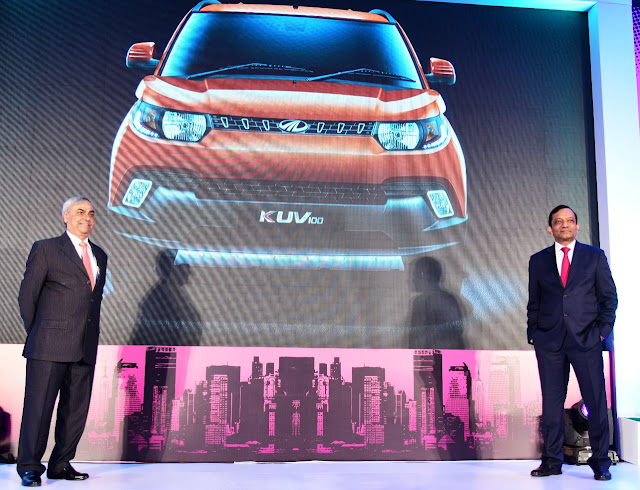 Manufactured in the Chakan plant, the KUV100 is an indigenously developed monocoque SUV, designed in-house and engineered at Mahindra’s R&D facility, the Mahindra Research Valley at Chennai.

The sculpted exterior design has a prominent hood and high beltline with wrap around headlamps, that gives it a trendy urban crossover stance. Targeted at the young first time car buyers, the KUV100 is aligned with global standards of quality, technology, testing norms, regulations and emissions. It will be available in 7 colors – Fiery Orange, Flamboyant Red, Dazzling Silver, Aquamarine, Pearl White, Designer Grey and Midnight Black. 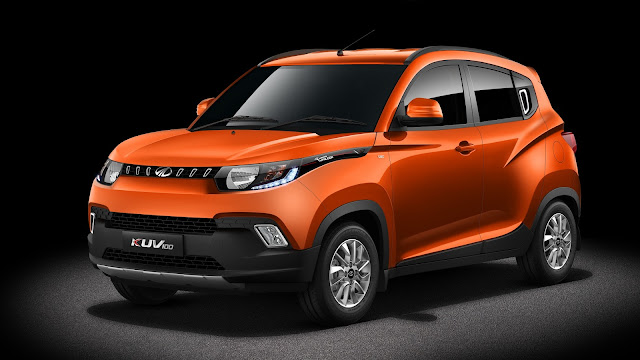 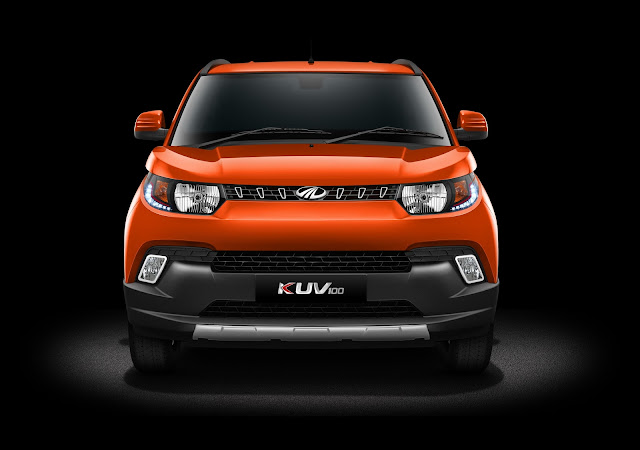