Iran’s foremost lady rally driver Laleh Seddigh was in Bengaluru recently at the invitation of team Mahindra Adventure. On the side lines of the Indian Rally Championship, she drove the rally prepared Mahindra Super XUV500 where she put the machine and its mettle to test. 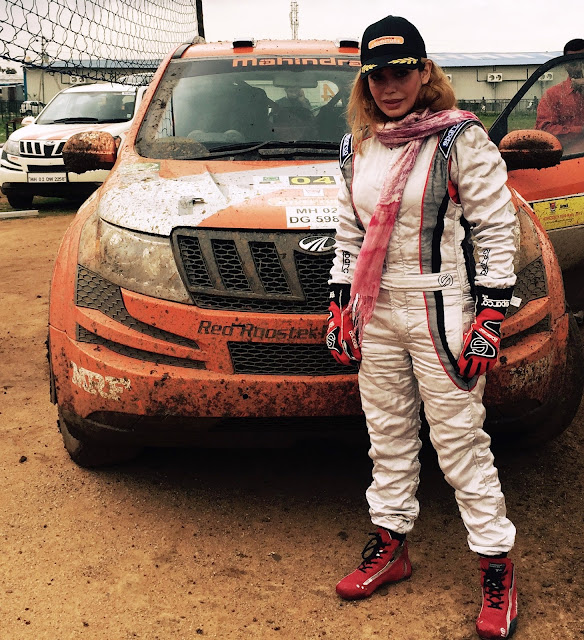 A name to reckon with in the Iranian motorsport circuit, Laleh started driving at the age of 13 and has several podium finishes and first places to her credit, across races and rallies. She is popularly referred to as the ‘Little Schumacher’ and is the only female driver to be given permission by the Iranian authorities to participate in an otherwise male dominated bastion in her home country.

Speaking on the occasion, Vivek Nayer, Chief Marketing Officer, Automotive Division, Mahindra & Mahindra Ltd said, “She truly epitomizes the spirit of women empowerment and symbolizes the take on anything spirit.”

Laleh Seddigh said, “Having driven the Super XUV500, I can just say what Mahindra vehicles are capable of. I truly believe that motorsport has immense potential to be recognized as a mainstream sport and in my own way I would like to encourage more people to take it up as their profession, as a serious sport. Such interactions not only bring in cross country perspectives, but also provide the right impetus for more support and an increased visibility for a sport which so far has been a playground for a select few.”