New Delhi, 07 October 2015: After the recent launch of its compact sedan Figo Aspire and the second-generation Figo hatchback, Ford India has given a makeover of sorts to its popular compact SUV EcoSport. It now comes with several first-in-segment and best-in-class features, a bit of premium styling, and has been launched at a starting price of INR 6,79,563 (ex-showroom Delhi). 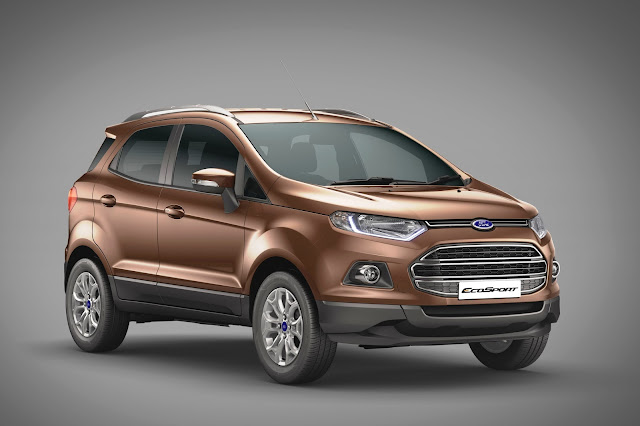 The new EcoSport comes with the 1.5L TDCi diesel engine, an improved peak power of 100 PS, delivers a mileage of 22.27* km/l and is mated with a five-speed manual transmission. There is now an all-new Trend+ variant as well, with EcoBoost technology (also offered with a choice of 1.5L TDCi diesel engine) giving customers a wider range to choose from. The EcoBoost engine produces 125 PS of power, has a fuel economy of 18.88* km/l, and emits 15% less CO2; delivering power and performance of a traditional 1.6-litre engine with an improved fuel economy of up to 20%. There is also the 1.5L TiVCT petrol engine that delivers 112 PS of power and fuel efficiency of 15.85* km/l. The petrol engine is paired with both five-speed manual transmission as well as six-speed dual clutch PowerShift automatic transmission.

The EcoSport now has a new colour variant – Golden Bronze, taking the overall colour options to eight. The exterior design modifications include a front fascia complemented by the addition of signature light guide and daytime running lights/fog lamps. The interiors have dominant chrome accents on inner door handles, cluster ring and cluster applique, window regulator switches and air register tabs. The seats are in premium leather and there is abundant use of leather in the handbrake lever and steering wheel as well. 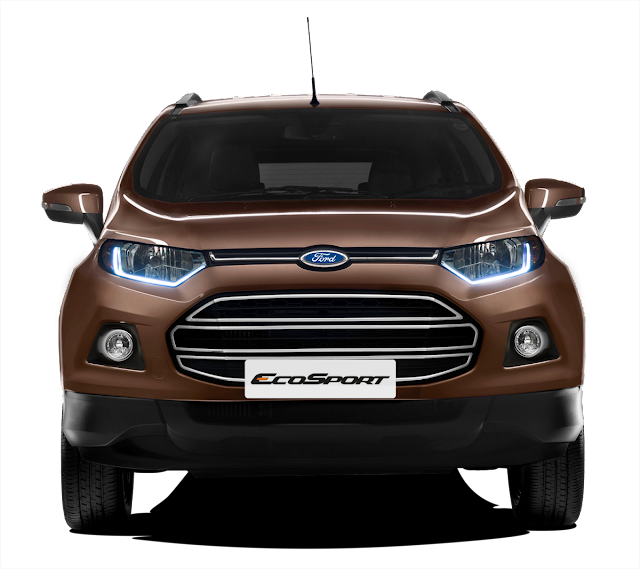 The new EcoSport comes with rain sensing wipers, automatic headlamps. and electrochromic mirror that automatically deflect light from trailing vehicles to minimise obstruction to drivers. The vehicle’s body structure is strong yet lightweight and comes with upto six airbags. In-car technologies include SYNC with AppLink that allows control of phone, entertainment and apps hands-free, with simple voice commands. AppLink also gives access to information about nearby attractions and food destinations with Explore by MapMyIndia, and latest cricket scores and upcoming fixtures with ESPN Cricinfo.

The Emergency Assistance feature is unique, and uses SYNC and a Bluetooth-paired phone to call emergency responders automatically and provide information about the vehicle and location in case of a collision.

Launched in 2013, the EcoSport has sold more than 200,000 units and is one of the most popular compact SUV in the country.  In 2014, it topped the J.D. Power’s Initial Quality Study in the SUV category.
*Figures as per ARAI (Automotive Research Association of India) certification.