New Delhi, 03 June 2015: Tom von Bonsdorff takes over as the new Managing Director at Volvo Auto India. The appointment is effective 01 June 2015. The present incumbent, Mr Tomas Ernberg is moving back to Sweden on a new role.

Tom von Bonsdorff has been with Volvo Cars for 17 years. He has worked in the United States, Sweden and Finland in his earlier assignments, and was currently based in Delhi as the Market Area Director – Asia. He brings with him wide industry, market and cultural experience that will hopefully lead the company through its most aggressive phase ever in India.

Volvo Auto India started operations in India in 2007, and has since established dealerships in 13 key Indian cities to sell its five luxury models – S80, S60, XC60, V40 Cross Country and the XC90. The company has stepped up its marketing efforts and product launches in 2015 with an eye on a disproportionately high growth trajectory. With their human centric approach of ‘Designed Around You’, the brand hopes to make a mark in the Indian market and win the hearts of the Indian customer through design differentiation, cutting edge technology and engineering excellence. 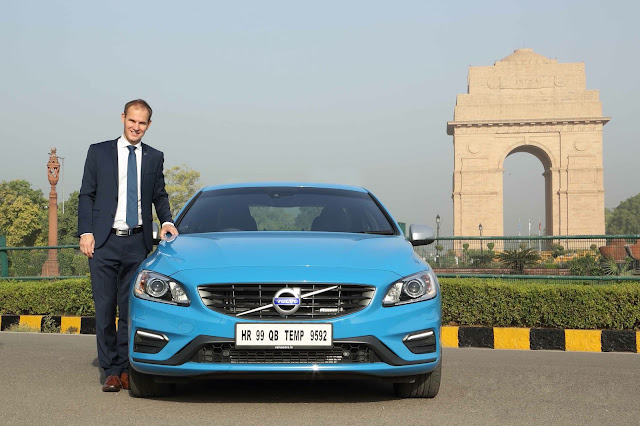