He starts first off the grid tomorrow, ahead of Mercedes’ Nico Rosberg and Lewis Hamilton, who start second and third respectively. Fernando Alonso, who is second in the drivers’ championship and 90 points behind Vettel, will start from the eighth position. And Kimi Raikkonen starts from the sixth. Sahara Force India drivers Paul di Resta and Adrian Sutil will start from the twelfth and thirteenth place on the grid.

Sunday’s race is an important one for Red Bull and Vettel, as he has won both the previous Indian GPs as well. Interestingly, Vettel has led every single lap on this track. Surely, all eyes will be on him, as everyone awaits a memorable race from the German.

In spite of being a weekend, the crowd turnout continued to be low on the second consecutive day of the 3-day race weekend. We bring this report from a half empty GrandStand, but are hopeful that race day on Sunday would see thousands of fans cheering for their favorite teams and drivers. More so, considering that this may be the last GP we get to see in a while.

Watch out for our full race day report tomorrow. 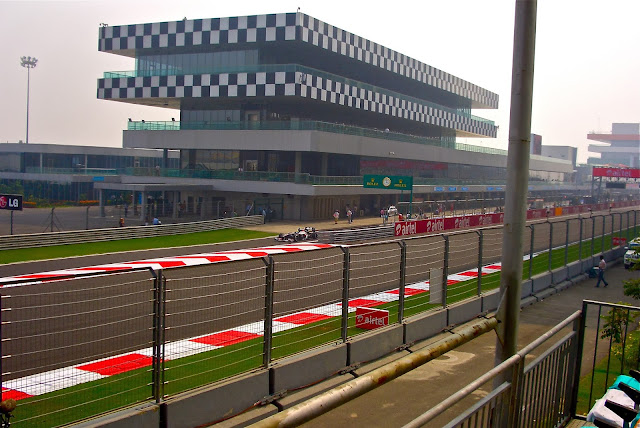 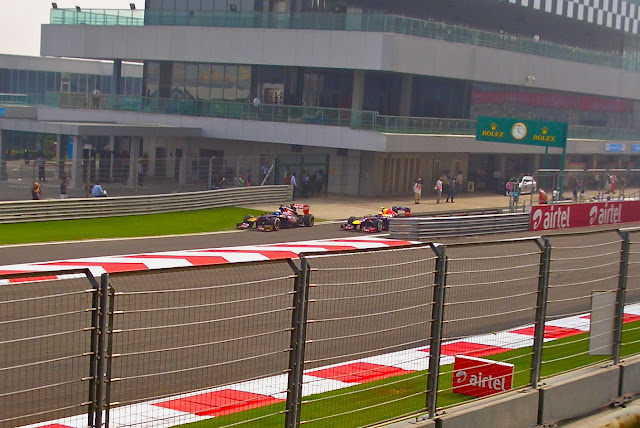 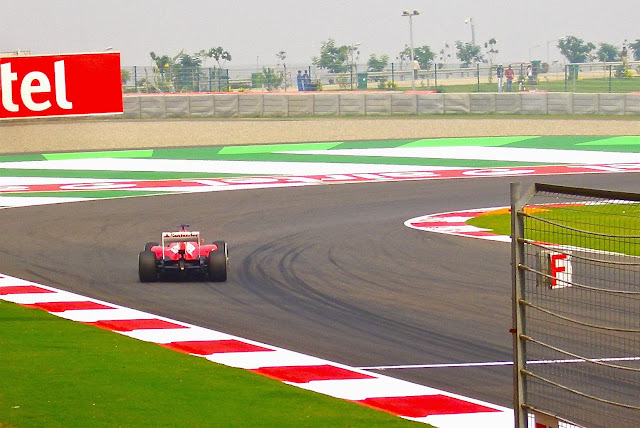 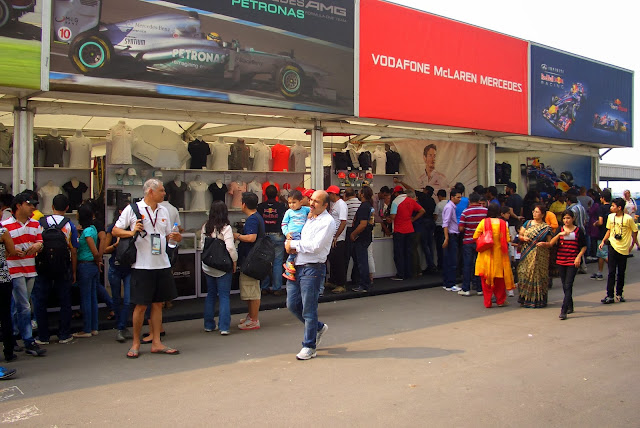 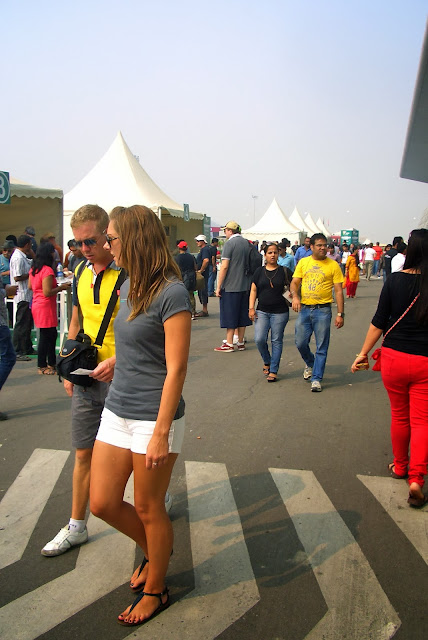 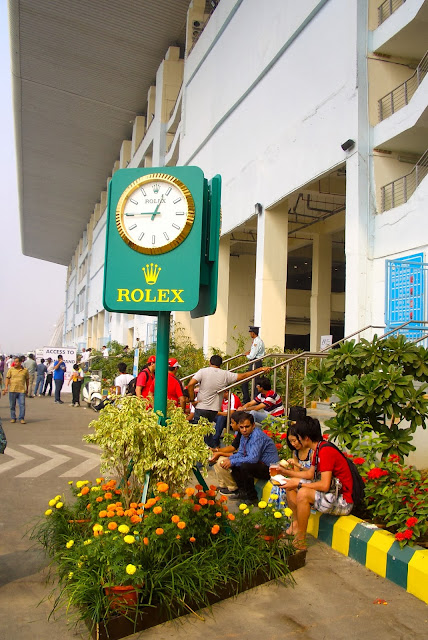 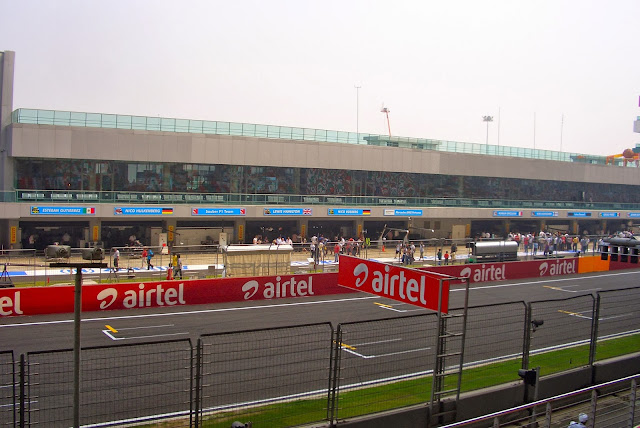 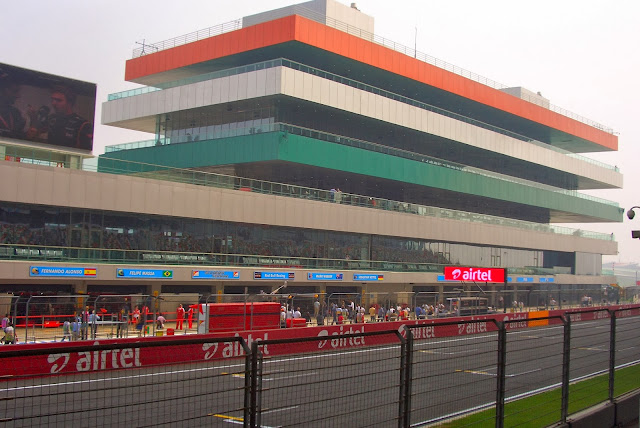 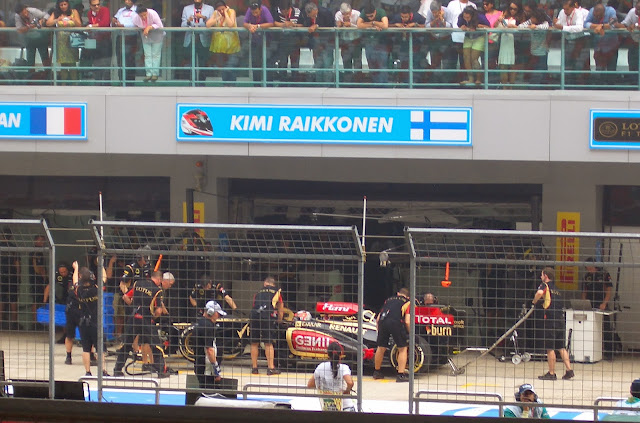