Buddh International Circuit, Greater Noida, India, 27 October 2013: The 2013 Indian GP was a memorable experience for the drivers, teams and spectators alike. Sebastian Vettel, Red Bull’s 26-year old driver, created history as he won the Indian Grand Prix for the third time in a row. Vettel has now clinched the World Championship ahead of rival Fernando Alonso, becoming the youngest ever driver to win four World Championships in a row. Only two other drivers in history, Juan Manuel Fangio and Michael Schumacher have managed to achieve this feat before. 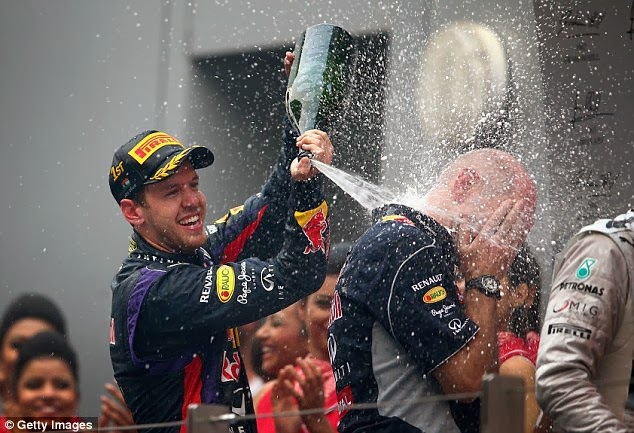 Vettel was always a favourite to win the race, but he did not completely dominate it. He pitted to change to softer tyres early in the race, and was in second place behind teammate Mark Webber for most of the time. However, Webber had to quit the race prematurely and Vettel led the race from there on. Mark Webber’s car had gearbox issues, and was transported back to the pit on a scooter (yes, you heard that right). Certainly not the end he had hoped for.

Vettel finished first, followed by Mercedes’ Nico Rosberg and Lotus’ Romain Grosjean. Ferrari’s Fernando Alonso finished at a lowly 11th place. Ferrari teammate Felipe Massa finished 4th, followed by McLaren’s Sergio Perez. A jubilant Vettel celebrated his massive victory by doing doughnuts on the track and bowing down to kiss his car. It is another matter that Red Bull was slapped a fine of £21,000 by the FIA for that impromptu act. 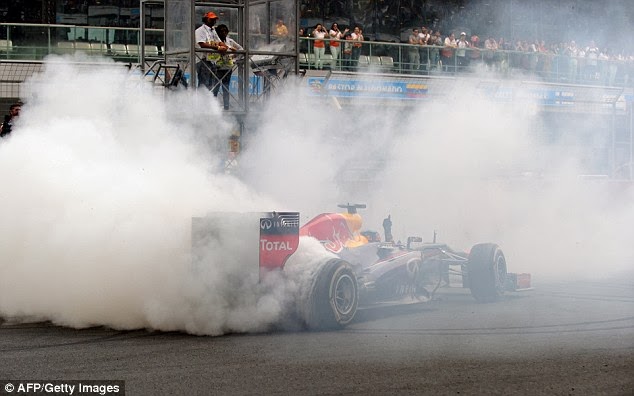 The 2013 Indian GP could be called a moderate success, as the intensity of the event this year was far less than the previous editions. Ticket sales were low and crowd support was minimal. However, the experience of being out there is what counts, and it most certainly was a memorable one for me.

India has been left out of the 2014 calender, and instead of complaining, some retrospection needs to be done and a solid plan needs to be formulated for a stellar return in 2015. 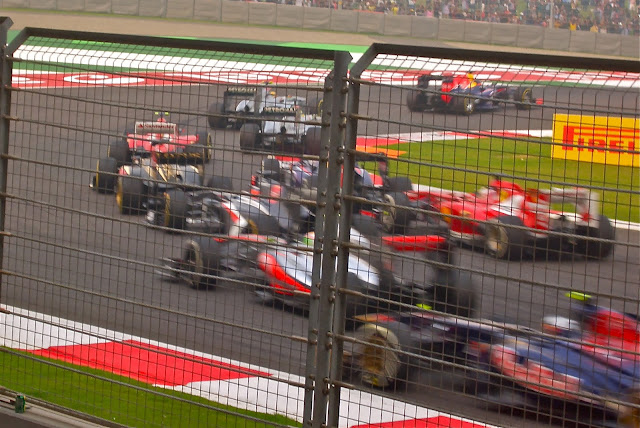 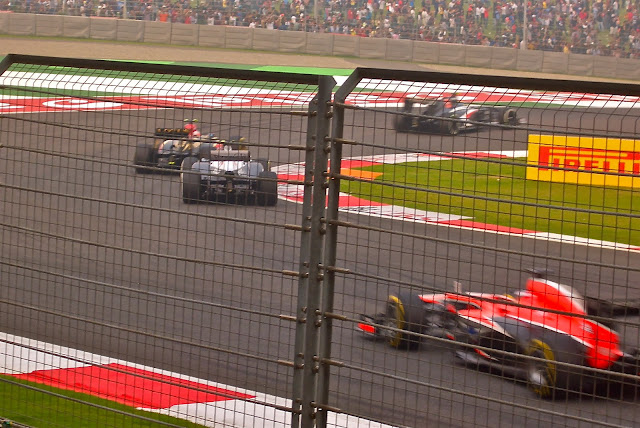 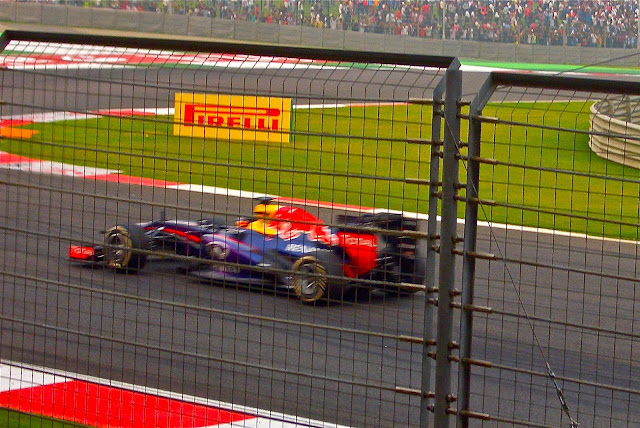 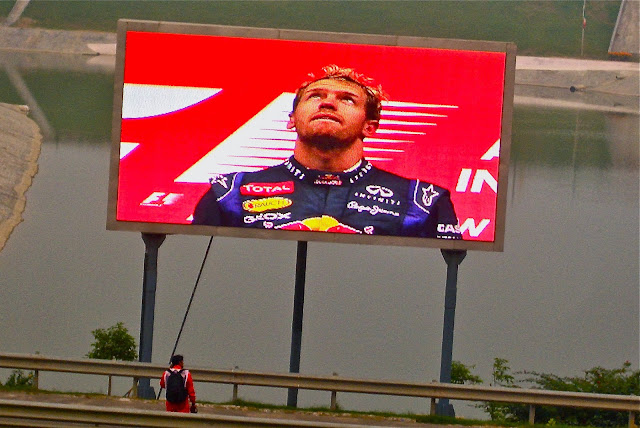