Dubai, United Arab Emirates, 4 November, 2013: The new Range Rover Sport has set the fastest recorded time for a land vehicle crossing of the ‘Empty Quarter’ – one of the harshest and most challenging desert environments on the planet. The Empty Quarter, or Rub’ al Khali, is the largest sand desert in the world and the second largest desert after the Sahara spanning across four countries in the Arabic Peninsula – Saudi Arabia, Oman, the United Arab Emirates and Yemen. Temperatures regularly rise above 50°C, and it is dangerously arid with no reliable water sources and an ever-shifting terrain, providing a true test for man and machine.

The vehicle was driven by Land Rover driver Moi Torrallardona, a 47 year-old Spanish off-road racer with extensive experience of the Dakar Rally. The drive team completed the journey from Wadi Adda Wasir in Saudi Arabia to the border of the United Arab Emirates in 10 hours and 22 minutes at an average speed of 51.87 mph (81.87 km/h), covering a distance of 849 km. The team encountered a constantly challenging landscape including vast sand flats, soft dunes and epic canyons. 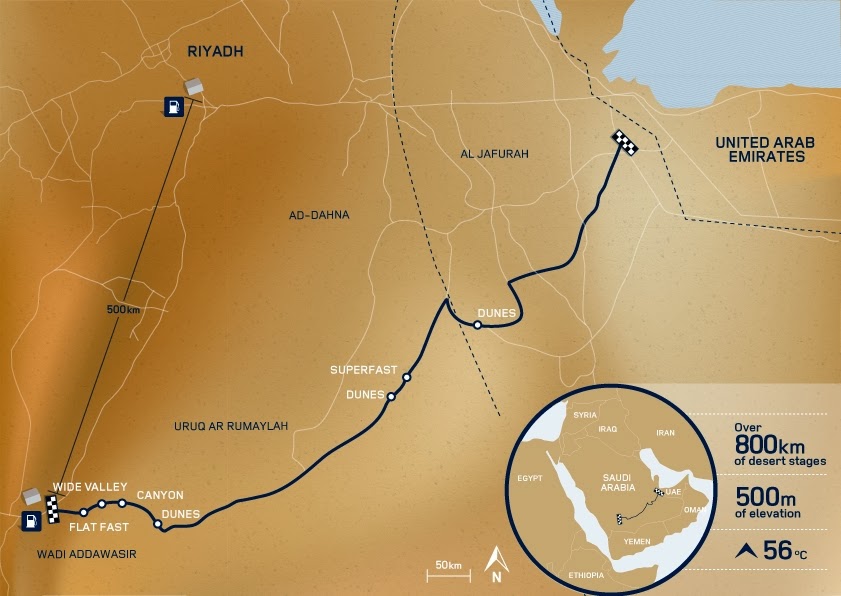 The time was set by a standard production new Range Rover Sport with a 510PS 5.0-litre supercharged V8 petrol engine, running on standard tyres. The only modification to the vehicle was the fitment of an underbody protection plate.

Land Rover has been manufacturing authentic 4x4s that represent true breadth of capability across the model range, since 1948. The Defender, Freelander, Discovery, Range Rover Sport, Range Rover and Range Rover Evoque each define the world’s 4×4 sectors.

This was the second challenge that the new Range Rover Sport has completed in recent months, following its record hill climb for a production SUV at Pikes Peak back in June. These feats are part of a series of global driving challenges in which the Range Rover Sport is pushed to new limits.