Delhi Auto Expo 2012: India is the world’s largest market for small cars. While many super car concepts were showcased at the Delhi Auto Expo recently, the main focus was on small and efficient cars. Building on the tradition were Tata Motors and Chevrolet, who showcased two small car concepts, the Tata Pixel and Chevrolet En-V. Both of them are extremely practical, and will be amazing machines if they are ever made. 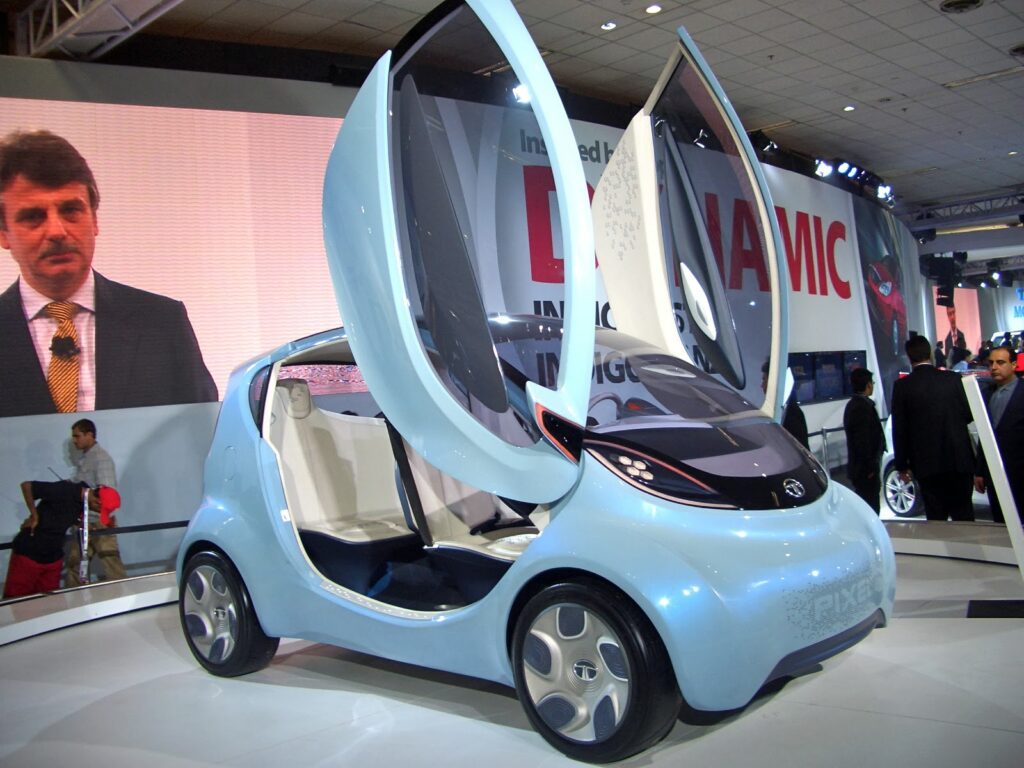 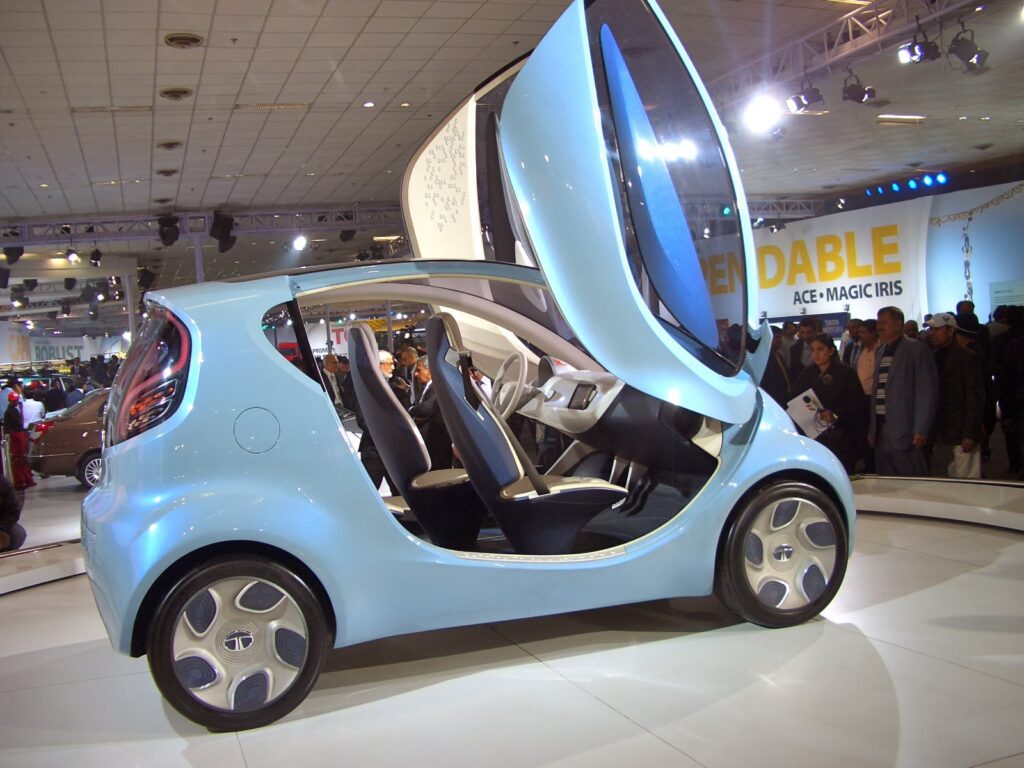 The Pixel concept was first shown at the 2011 Geneva Motor Show, and is based on the Tata Nano platform. But there is one big difference. It is better than the Nano in every possible way – it’s actually what the Nano should have been since the beginning. Gorgeous to look at from every angle, it has scissor doors, and smart looking LEDs at the front and back. It is a rear engined, rear wheel drive car with a 1.2 ltr. 3 cylinder diesel engine, developing 65 bhp. But it’s main advantage is its fuel efficiency. At 600 kgs, it is one of lightest cars too. As a result of the low weight and the small diesel engine, it has a phenomenal fuel economy of 30 km/l. Just so waiting to see it on the roads! 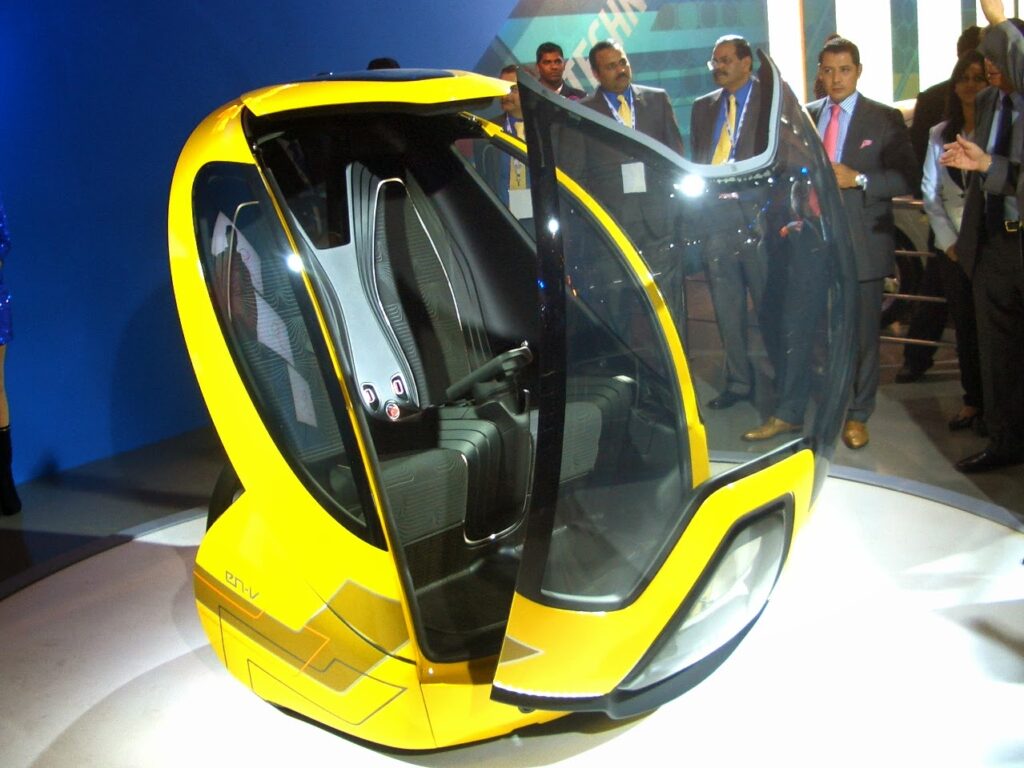 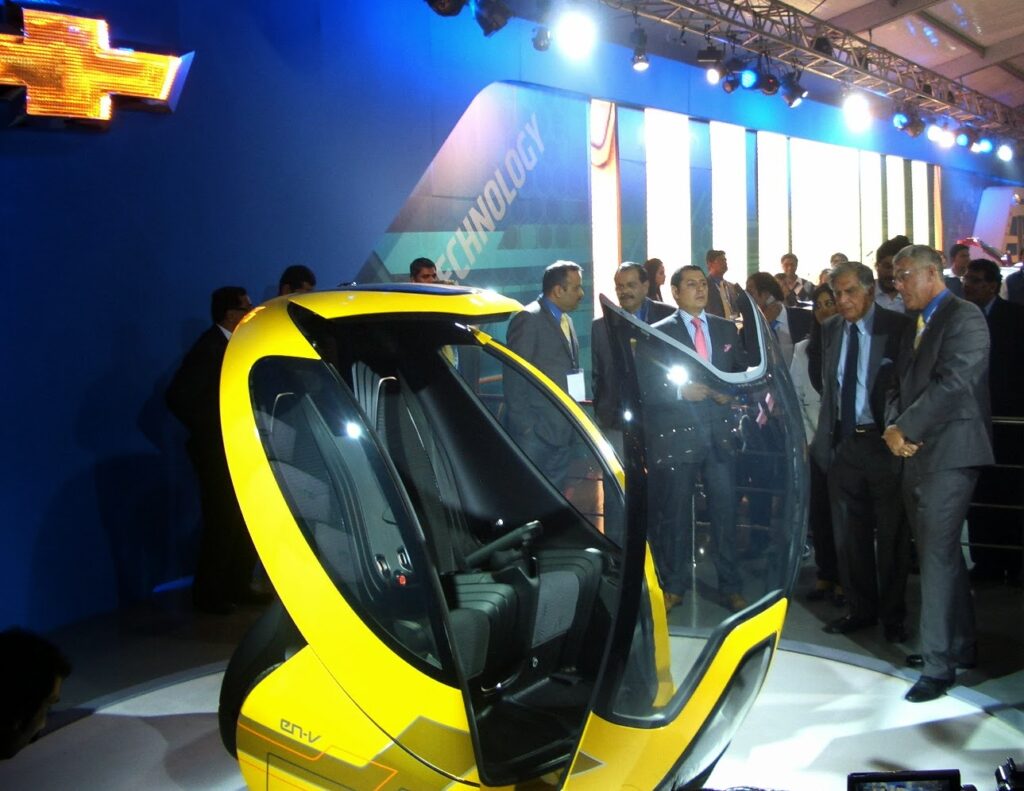 This is truly a revolutionary concept, and was unveiled for the first time at the Delhi Auto Expo. The En-V has just two wheels and is a strict two seater. It utilises two lithium-ion phosphate batteries; one on each wheel. The batteries enable it to reach a top speed of 40 km/h. Might not sound like much, but it’s remarkable for a machine that can drive itself. Yes, that’s right! The En-V can drive itself, park itself and can even come to you when it’s called. It does this with the help of GPS devices, optical sensors, ultrasonic sensors and radar devices, which moniter the road surfaces, traffic and speed conditions, therefore allowing the car to drive itself. If this vehicle is ever made, it will most certainly be one of the the most preferred way of personal travel. At the Expo, it was interesting to see Mr. Ratan Tata and Cyrus Mistry spend a lot of time with Karl Slym and the General Motors India team admiring this vehicle. En-V? Probably. 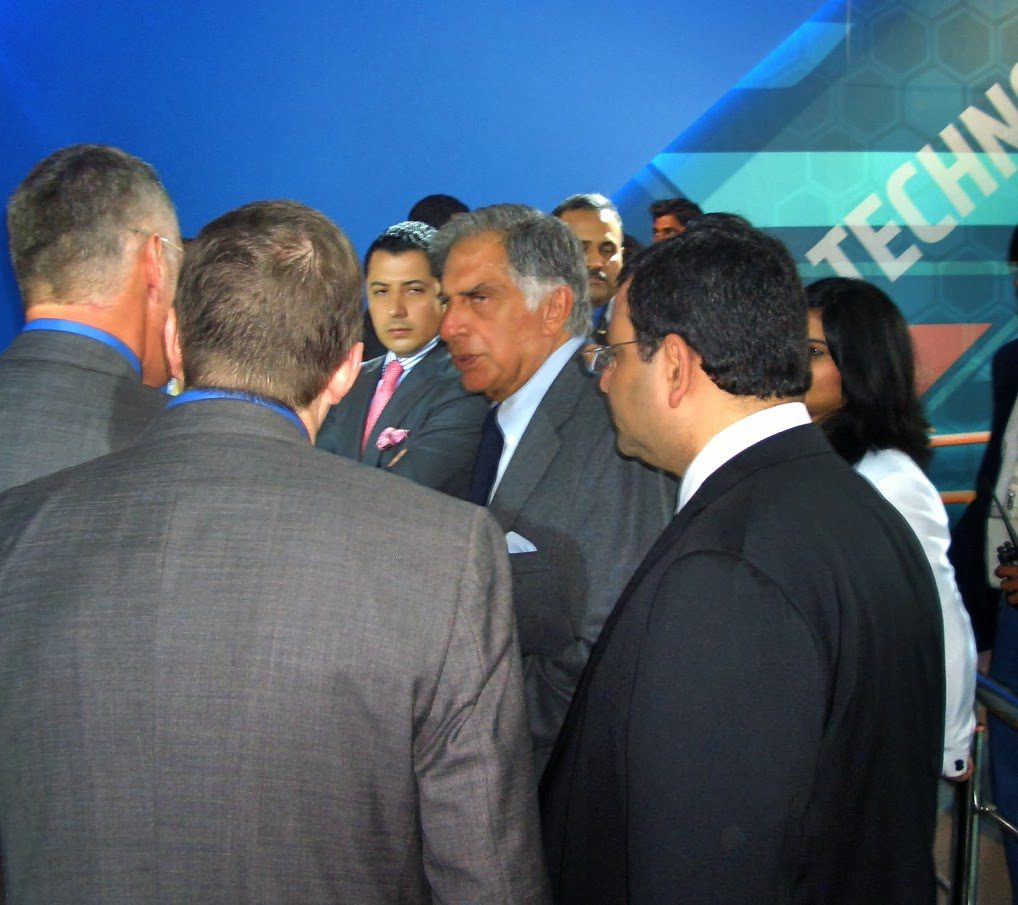