Greater Noida (India), 30 October 2011: Touted as one of the greatest F1 events of all times, the inaugural Indian GP of 2011 played host to some mind blowing motor sport action over the weekend of October 28-30, 2011. The race weekend at Buddh International Circuit had 2 practice races on the first day, a qualifying round on the second day and the final Grand Prix which concluded today. And what a spectacular event it was! 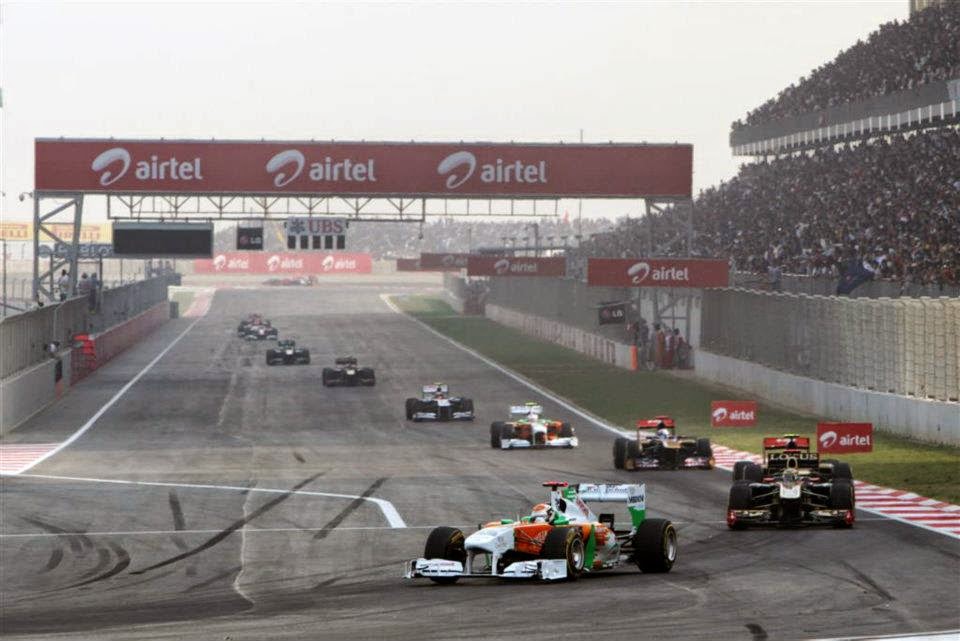 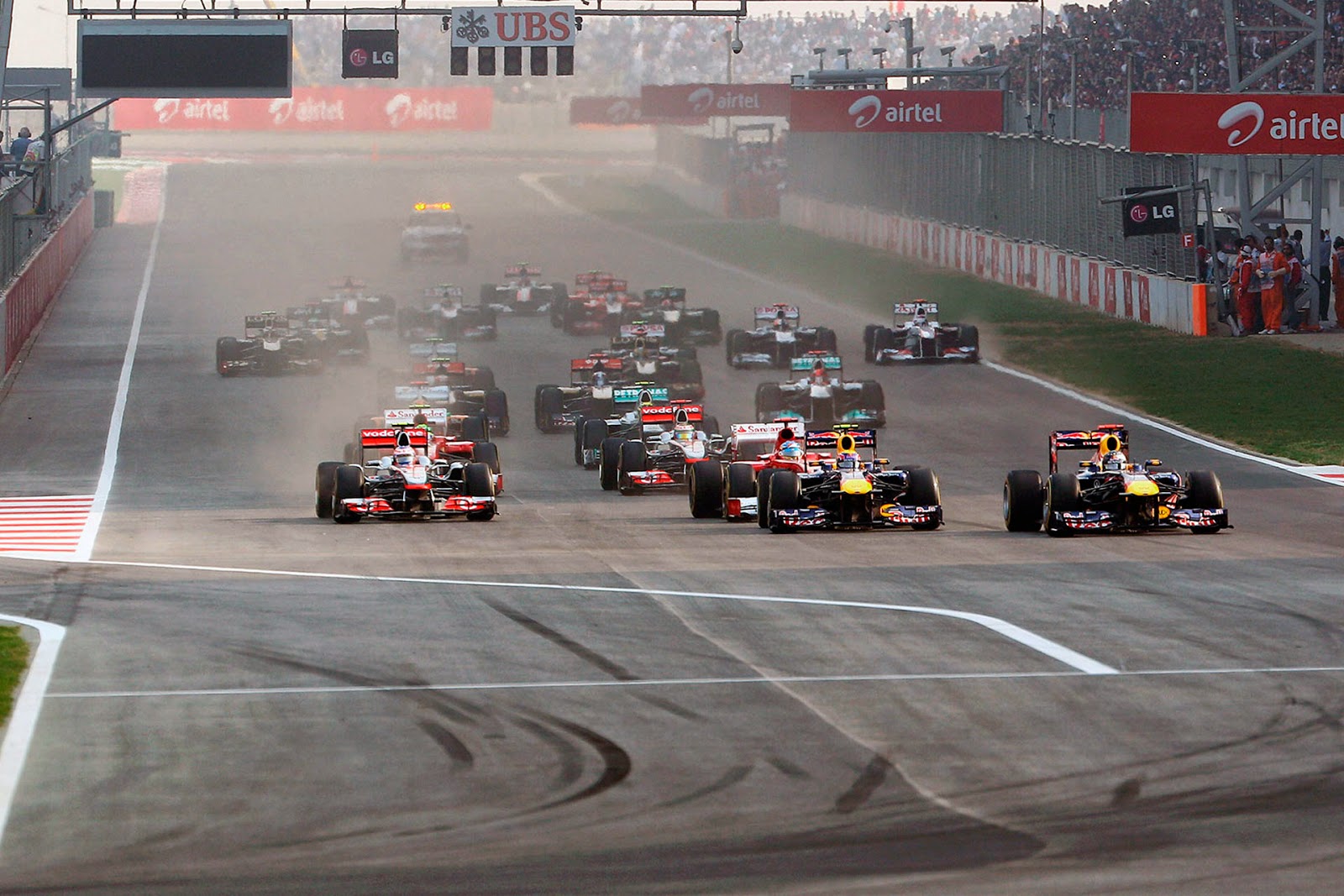 The circuit with a capacity of over 100,000 had seating plans at different points across the track and tickets were priced between INR 2,500 (US$ 50) and INR 40,000 (US$ 800). The Grand Stand located right across the driver paddock and pits was the most expensive, and the VIP enclosure above the paddock played host to the who’s who like Bernie Ecclestone, Vicky Chandok, Rowan Atkinson, Sachin Tendulkar and Shahrukh Khan on the final race day.

The practice races on Day 1, won by Felipe Massa of Ferrari and Lewis Hamilton of McLaren attracted less fans, but gave the racers an opportunity to warm up to the new track and race conditions. The qualification round on Day 2 was a power packed race with Sebastian Vettel clinching the pole position for the 13th time in the season, which also helped him match Michael Schumacher’s record of 13 pole positions before the end of the season. Mark Webber came second, followed by Alonso and Button in third and fourth position respectively. Hamilton, due to a penalty in the practice race dropped to the fifth position in the starting grid.

Sunday, 30th October 2011 was race day for the first ever Indian GP. Kind of unbelievable and surreal when you think about it, but remarkably well put together by the Jaypee Group in the world class BIC arena. It was a packed house with about 95,000 spectators, not to mention the millions of television audience worldwide. The stands were filled to the brim with fans cheering their teams. Red Bull Racing and McLaren were the clear favourites but a lot of crowd support was reserved for the home team Sahara Force India. 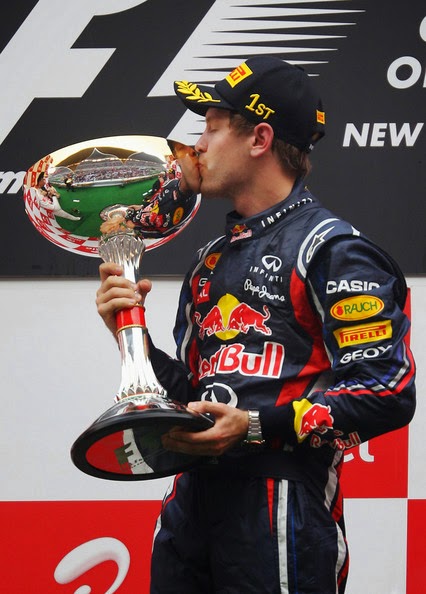 The race started off on time and the cars revved up to a mighty 18,000 RPM. Vettel managed to maintain his first position and was the only driver in the race who did not change his position throughout, which was remarkable. Congratulations to all who voted for Vettel in the poll on this website – he was an overwhelming favourite clocking 65% votes!

Jenson Button finished second and was followed by Fernando Alonso for the podium finish. Mark Webber fought hard but narrowly missed by two seconds to finished fourth. He was followed by Michael Schumacher who drove like a champion to finish fifth, after taking off from the eleventh position at the starting grid. Felipe Massa was disqualified for crashing into Hamilton’s car, who finished seventh. The two have crashed into each other on a few occasions before, and they didn’t disappoint here as well.

Vettel claimed his eleventh race win of the season and showed great form throughout. Webber and Hamilton may be the two from the top league who would be somewhat disappointed with their performance; but thats the thrill of the sport – you could be right on top and come crashing down within a second!

The camaraderie between Sebastian Vettel, Jenson Button and Fernando Alonso on the podium, as they took their trophies and sprayed champagne over each other was a treat to watch! At the end, it marked a historic day for India and bouquets all the way for the organizers – as the teams, drivers and spectators unanimously gave the event a big thumbs up. Truly, if you dream big, you can make it happen. Until next season…