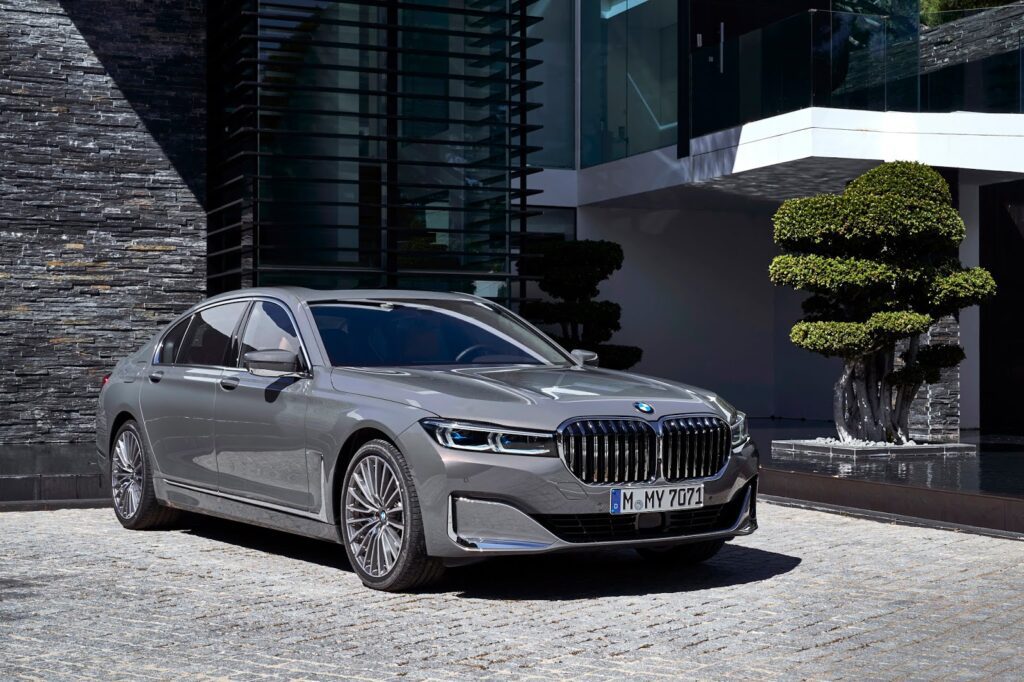 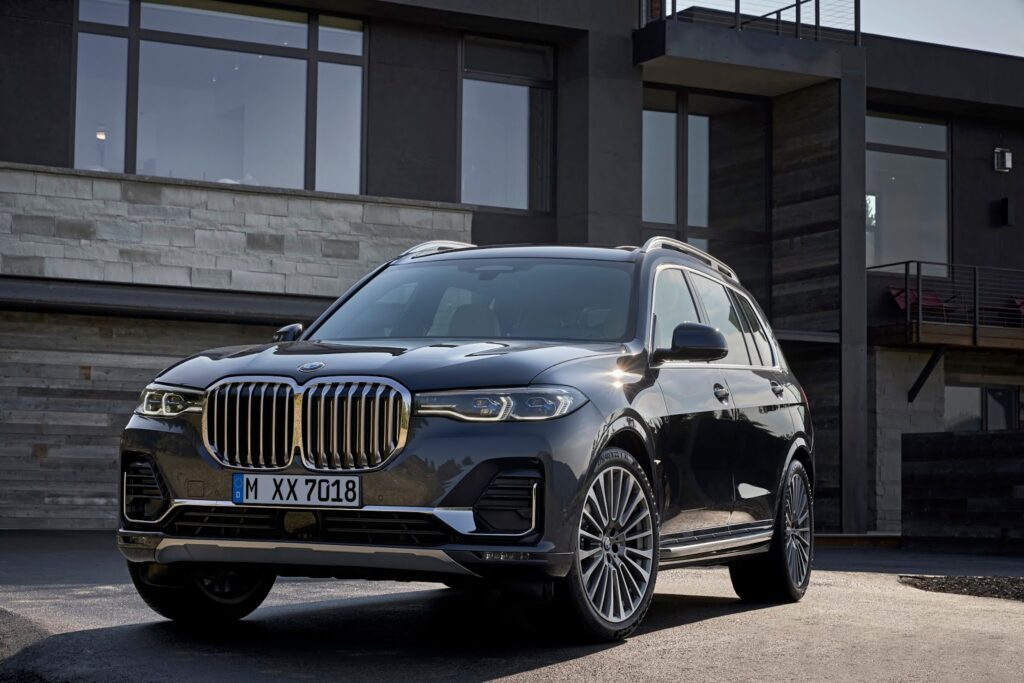 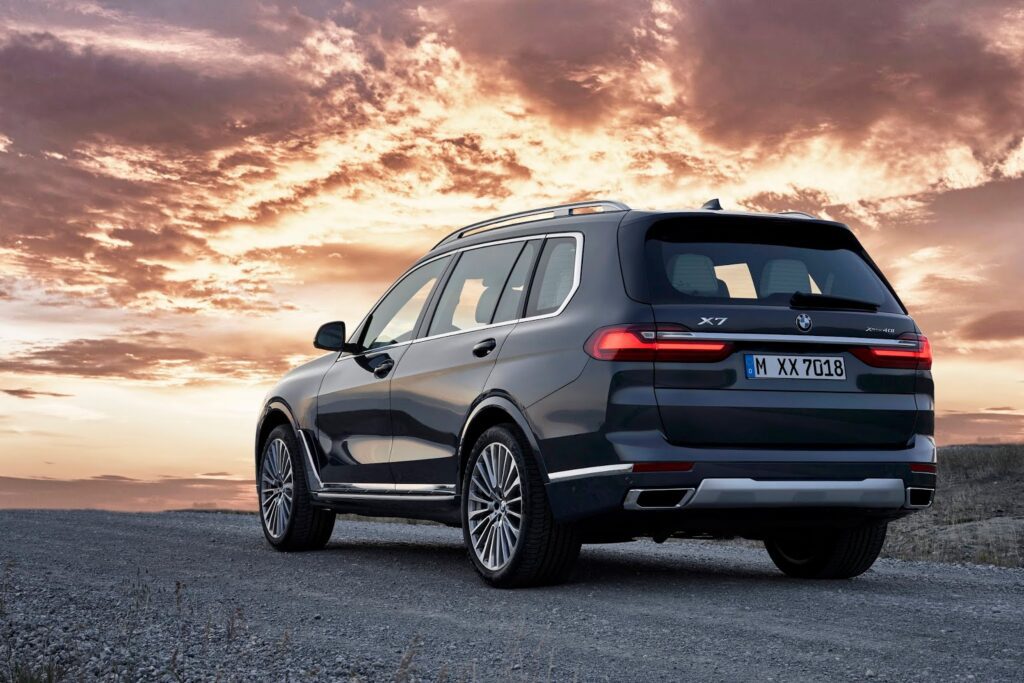 The first-ever BMW X7 and the all new 7 Series were launched in India today. The much-awaited flagship cars of BMW were unveiled at an exclusive pavilion specially constructed for the launch in India. Both the new BMW 7 Series and the X7 are locally produced at BMW Group Plant Chennai, and are available in diesel and petrol variants which can be ordered at BMW dealerships from today onwards.

BMW’s xDrive, an intelligent all-wheel-drive system, monitors the driving situation constantly and is quick to respond, and the electronically controlled ‘Automatic Differential Brakes/Locks’ (ADB-X), extended ‘Dynamic Traction Control’ (DTC), Hill Start Assist and Hill Descent Control help to conquer every terrain. The first-ever BMW X7 is equipped with Park Distance Control (PDC) including sensors at both the front and rear. The Adaptive 2-Axle Air Suspension enables raising and lowering of vehicle at the touch of a button and automatically adjusts the height of the car to suit any given driving situation.

The expansive exterior dimensions and generously proportioned surfaces radiate an expression of grandeur. The front is among the most distinctive aspects of the BMW X7. The opulent and exceptionally large kidney grille forms the heart of the impressive front design, and BMW’s Laser Light technology with blue X-shaped elements makes a distinctive visual proclamation. A contemporary look is created by the horizontal lines, slim LED lights and a two-section split tailgate of the rear. The interior features a cockpit marked by typical BMW driver orientation and an elevated seat position with all-round visibility, a characteristic of X models. Rear-seat experience is enhanced with optional six-seat configuration including two captain-style comfort seats for the second row. Automatic air conditioning with five-zone control extends the luxury for each passenger. Filling up the cabin with a sense of spaciousness is the large Sky Lounge Panoramic glass sunroof. The large panoramic roof extending till the third row, and allows dynamic light flow throughout. The absolute highlight in the interior is ‘Crafted Clarity’ which is a host of operational features crafted in exquisite glass that embellish the insert of the gear selector, the iDrive control wheel, the audio control button and the Start/Stop button. 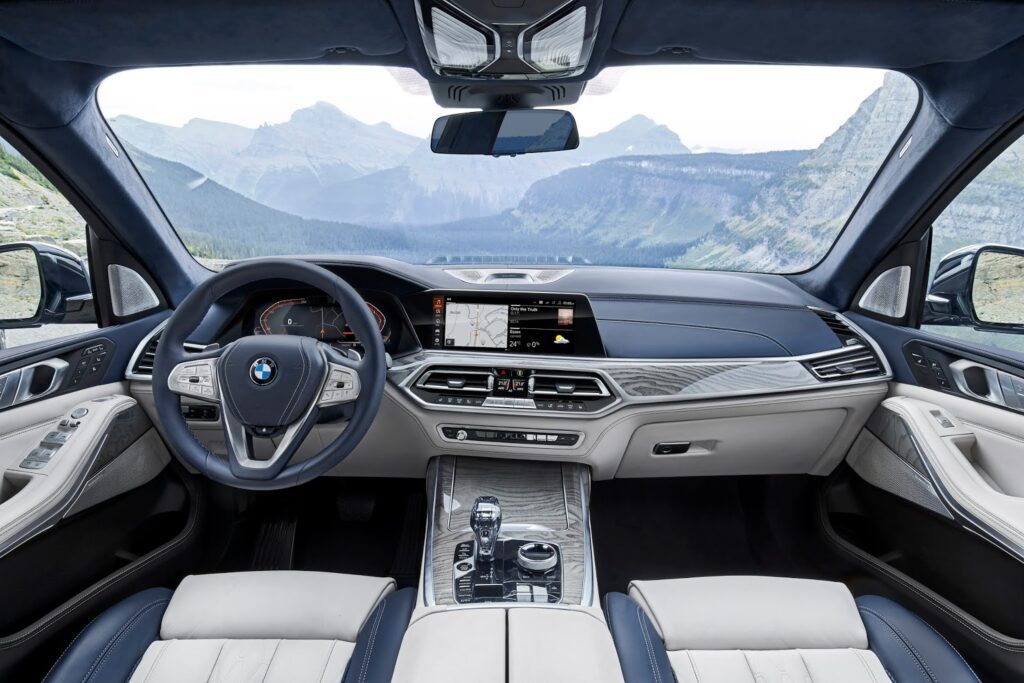 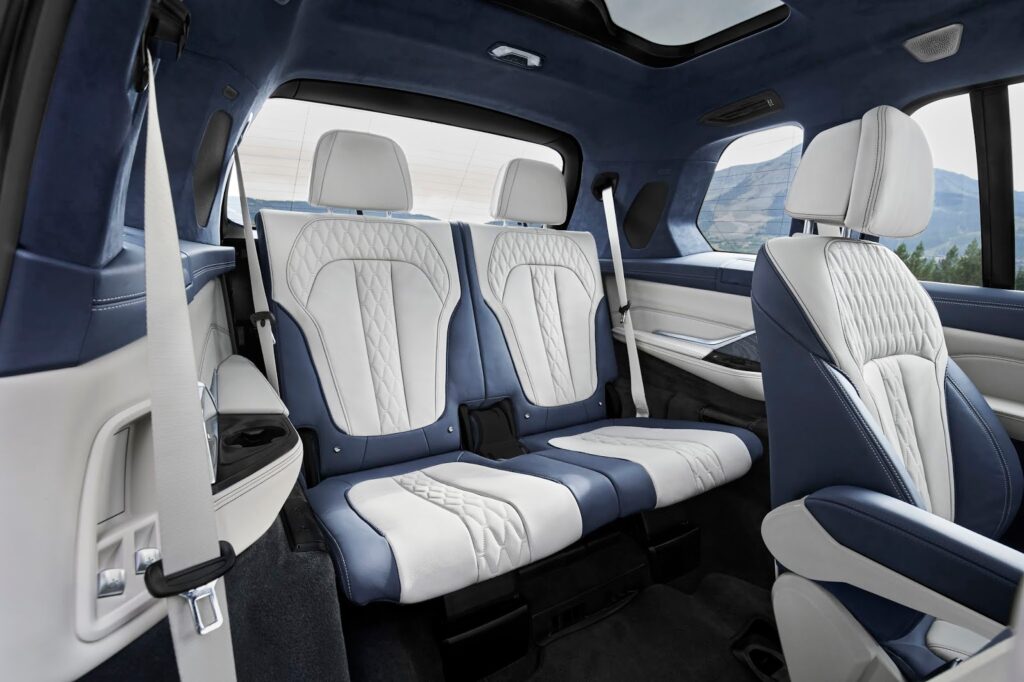 The new BMW 7 Series on the other hand, is available in BMW 730Ld (diesel) and BMW 740Li (petrol) variants which are locally produced at BMW Group Plant Chennai. For the first time in India, the new BMW 7 Series is available in a plug-in-hybrid option – the BMW 745Le xDrive – combining benefits of an electric motor and a petrol engine into an extraordinary driving experience. The BMW M760Li xDrive (petrol) and the BMW 745Le xDrive (plug-in-hybrid) are available as completely built-up units (CBU). They can be further personalised with optional equipment and bespoke customisations from BMW Individual. 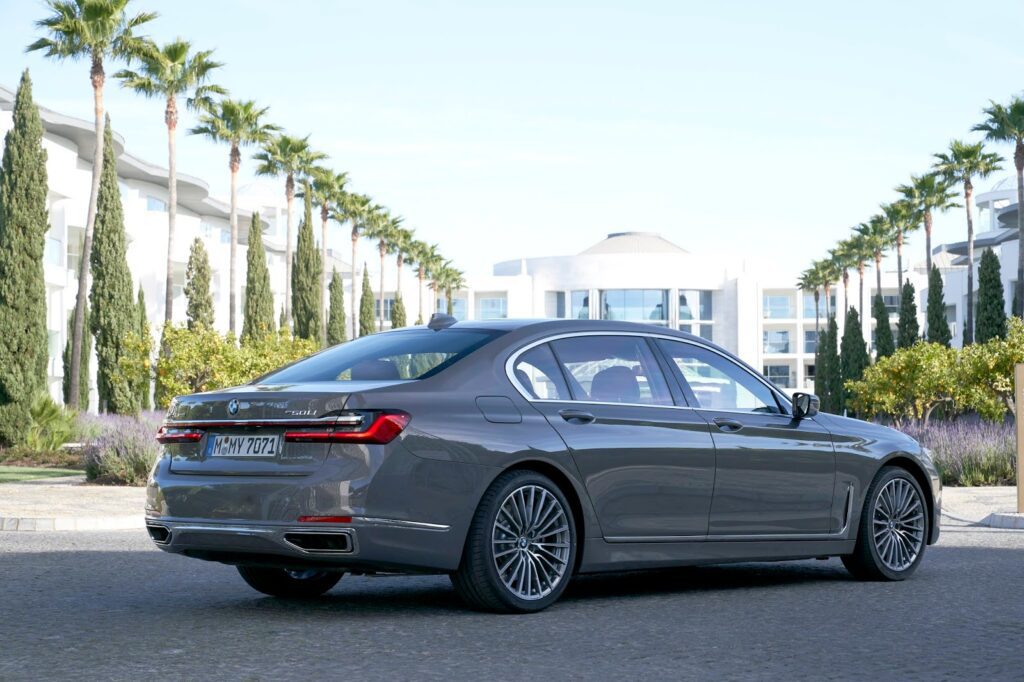 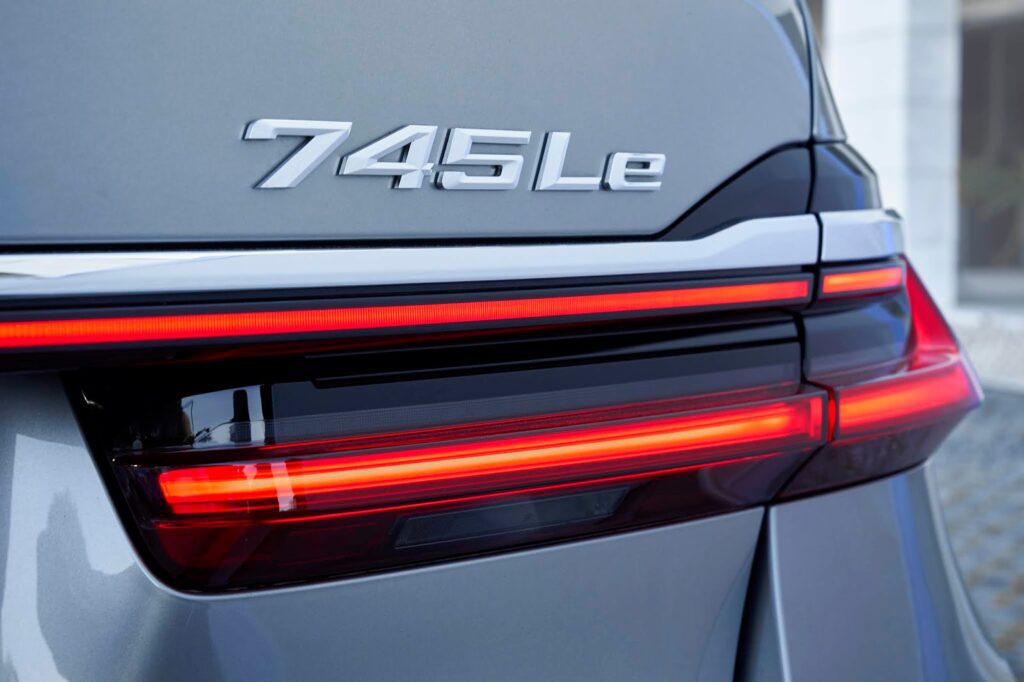 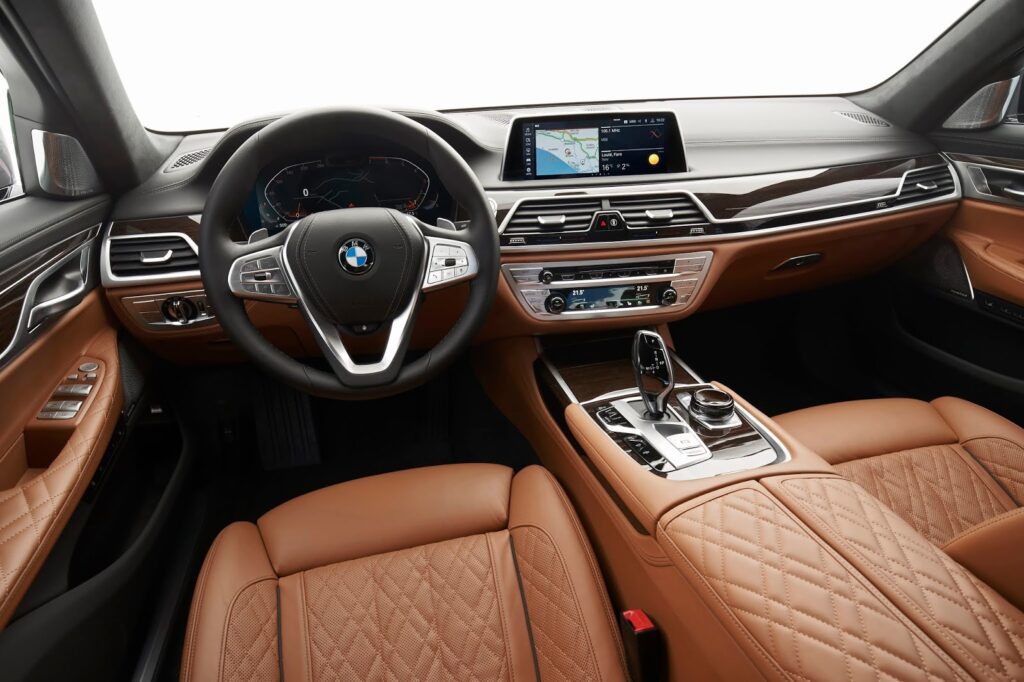 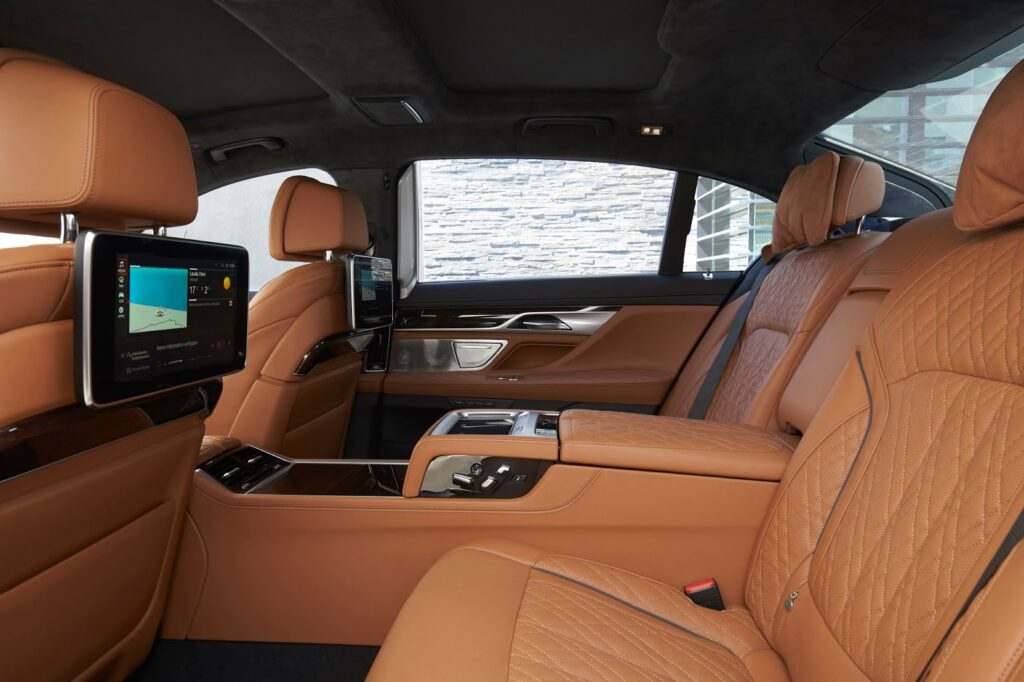 The design of the new BMW 7 Series is clearer, more modern and more emotional. Visually, the 7 makes a clear statement with an imposing presence, created by the distinctive front and rear design. The front is uniquely impressive thanks to the enlarged double kidney grille. The super-slender headlight design adds a new strand to the character of BMW’s luxury-class models. Adaptive LED headlights with BMW Laserlight technology enhance the commanding look. Due to reduction of lines, the body looks more powerful, refined and luscious without losing its sportiness. The rear is extremely wide and is dominated by powerful horizontal lines. A thin light strip positioned below the chrome band stretches across the entire width seamlessly connecting the tail lights. This gives the vehicle a highly distinctive and modern appearance.

The interior of the new BMW 7 Series is a space that arouses emotions – it’s an extremely luxurious and relaxing atmosphere that indulges all senses. Generous levels of space, bespoke leather upholstery and trims, improved sound insulation, ambient lighting, ambient air package, panoramic glass roof Sky Lounge with LED light graphics are few among the long list of features that create the perfect ambience. The Executive Lounge appointments maximise comfort with four-zone automatic climate control, electrically adjustable comfort seats, massage function and active seat ventilation. Rear-seat Entertainment Professional allows users to access the entertainment and navigation functions from the rear seats. It now comprises two 10.2″ full-HD touch displays with a Blu-ray player. BMW Touch Command, the innovative system, offers a fully integrated control option for entertainment and comfort functions for the rear. The 7″ tablet with touch function, which is integrated into the centre armrest and connected to the vehicle systems, can also be used outside the vehicle.