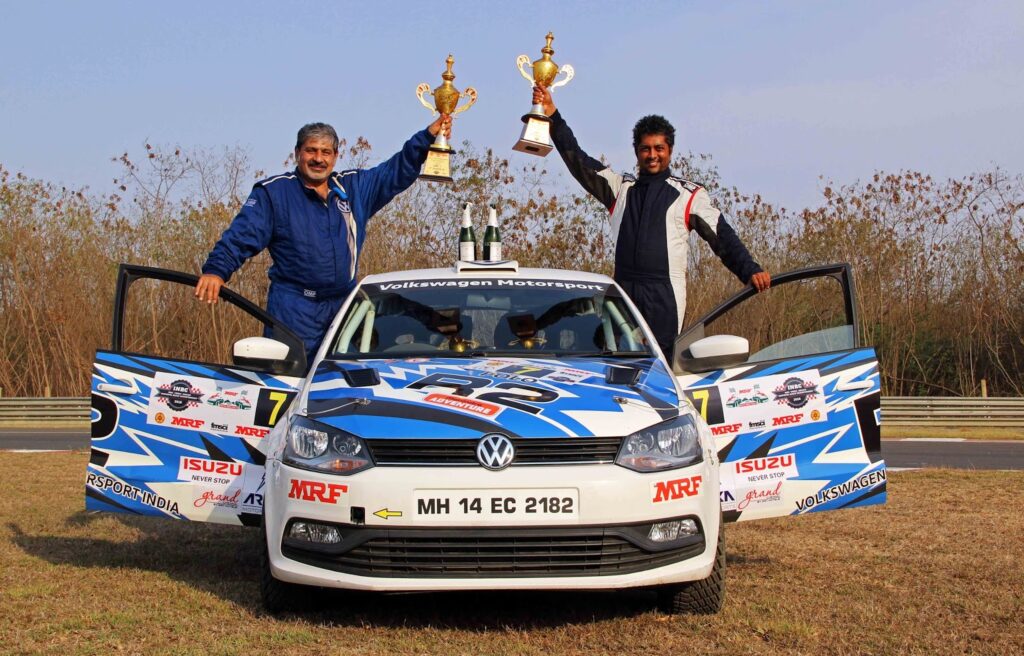 Vicky Chandhok and Chandramouli with trophies 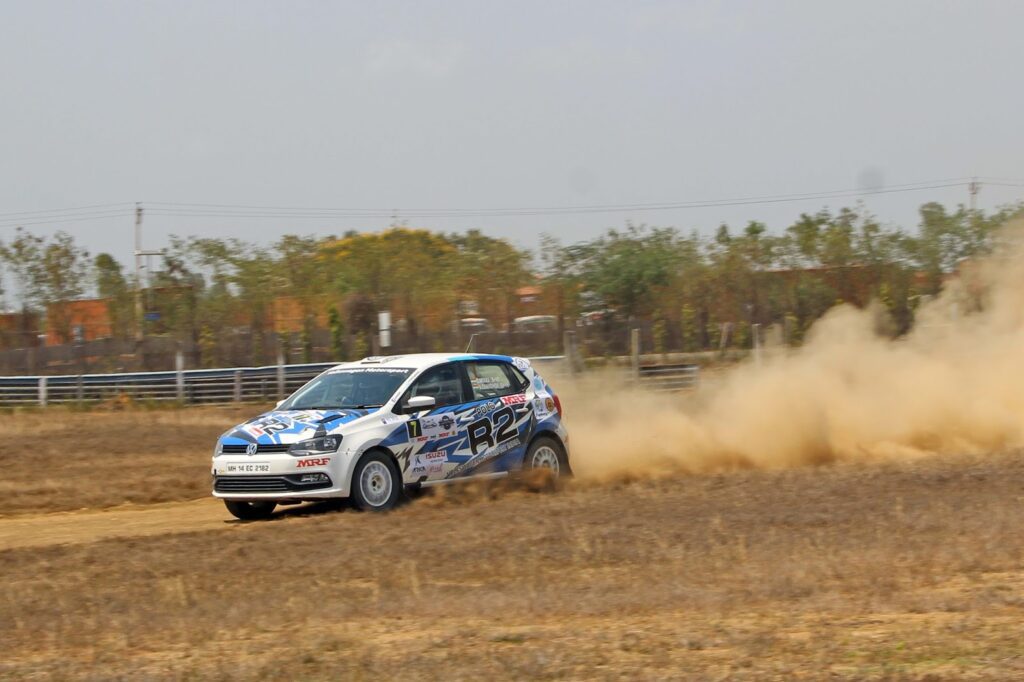 Vicky Chandhok in action in the Polo R2

Vicky Chandhok who made a comeback to competitive rallying after 18 years, managed a podium finish in the INRC 1 category. He and co-driver Chandramouli finished in 3rd place in INRC 1 category and 8th overall, in their Volkswagen Polo R2 built by Volkswagen Motorsport team.

31 competitors started out for the top honours and 15 of them completed all 10 stages of the rally. The conditions were a challenge for both the drivers and the vehicles. There were in all, 10 stages covering a total distance of 102.2 kms. Stages 1 and 6, the Super Special Stages (SSS), was run on the 3.1 km tarmac surface of MMRT. Competitors moved to the AAVISA golf course section measuring 13.85 kms, where Stages 2 and 4 ran in the forward direction, while Stages 7 and 9 ran in the reverse direction. The third part of the rally, for Stages 3, 5, 8 and 10 were at the MMRT track on a mix of gravel and tarmac measuring 10.15 kms, with the latter two being run in reverse direction.