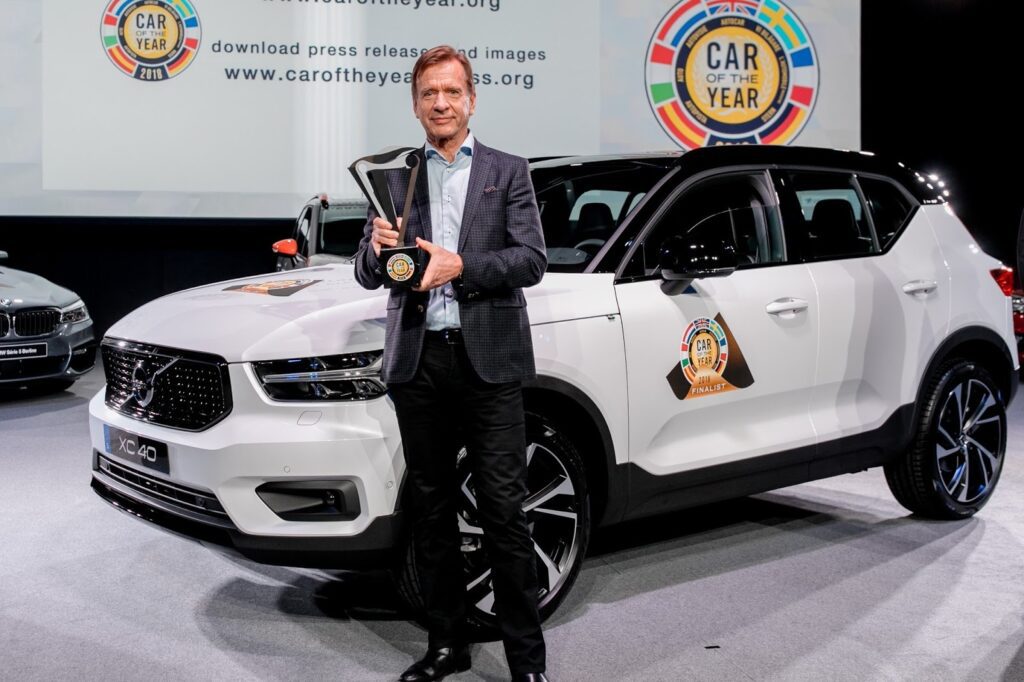 The new Volvo XC40 has been named the 2018 European Car of the Year ahead of the Geneva Motor Show in Switzerland. It is for the first time that Volvo Cars has won this prestigious award. The car is set to make its India debut in mid-2018.

The XC40 is a small SUV which was introduced to complete the line up alongside the large XC90 and mid-size XC60, both of which were awarded the North American Truck/Utility of the Year title in the past two years. The 2018 European Car of the Year award follows other recent recognition for the XC40, including the Car of the Year award by UK automotive publication What Car?

The XC40 is the first model on Volvo Cars’ new compact modular vehicle architecture (CMA) which will underpin all upcoming cars in the 40 Series, including fully electrified vehicles. Co-developed together with Geely, CMA provides the company with the necessary economies of scale for this segment.

The XC40 sets new segment standards in terms of design, connectivity and safety technology. It is the first Volvo to come with a car-sharing feature, enabled via Volvo’s digital key technology and its connected services platform Volvo On Call. XC40 owners can simply share their car with family and friends without having to hand over a physical key.

In another first, the XC40 launched Volvo Cars’ new subscription service, Care by Volvo, which offers car access via a monthly flat-fee subscription rather than ownership. Care by Volvo makes having a car as transparent, easy and hassle free as having a phone.

The XC40 also offers ingenious interior design and storage ideas with more functional storage space in the doors and under the seats, a special space for phones including inductive charging, a foldout hook for small bags, plus a removable waste bin in the tunnel console.

In 2017, the company announced its commitment to electrify all Volvo Cars launched from 2019. In line with this, a hybridised as well as a pure electric powertrain option for the XC40 will be added later.