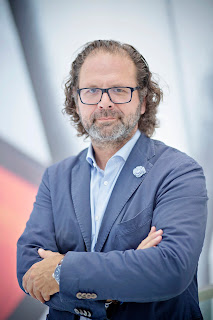 Mladá Boleslav, 2 August 2017: Oliver Stefani, who was till recently the Head of Exterior Design for Volkswagen, takes over as the new Head of Design at ŠKODA Auto from 1 September 2017.

The 53-year-old designer studied in Braunschweig and Pasadena, California, before working at the Design Center Europe in Sitges (Spain) for three years.

He joined Volkswagen in 2002, where a number of production vehicles as well as concept cars bear his signature. He played a crucial role in developing the up!, Polo, Jetta, Tiguan and the current Golf models; as well as the ID show car family.

At ŠKODA Auto, Oliver is expected to consistently continue to develop the brand’s new expressive & crystalline design language and its several ‘Simply Clever’ ideas, taking things to the next level. At the same time he will also lead brand design into the era of digitalisation and electrification.