Finland, 29 August 2017: Land Rover has put its canine capability to test by pitting the Discovery Sport’s 290 PS Ingenium power against a team of champion sled dogs, at a unique training challenge in an underground snow tunnel in Finland.

The Discovery Sport is Land Rover’s fastest-selling vehicle with more than 200,000 units sold globally since its introduction in 2014. In 2017 alone, over 75,000 customers have taken delivery so far. 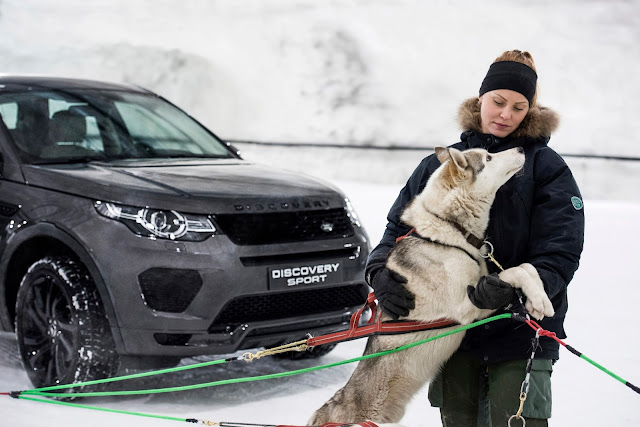 Before the race, the lead husky Jami was safely transported to the snow tunnel in the Discovery Sport, to join his snow-starved pack. The SUV provided stiff competition for Finnish middle distance champion, Laura Kääriäinen and her team of six sled dogs. They went head-to-head in Vesileppis Ski Tunnel, Finland, in a 1 km sprint around the dedicated underground tunnel. The undulating tunnel is carved into the bedrock 35 m below ground level and kept at constant -2°C to maintain a blanket of snow 20 mm deep throughout the summer, making it the perfect place to put the Discovery Sport’s all-terrain capability to the test.

Setting off in opposite directions, the dogs had a straightforward task. Once they had negotiated the first incline they were able to pick up and maintain speed, typically around 35 km/h. In contrast, the Discovery Sport’s path was blocked by a set of ice blocks, which put its wheel articulation and traction control systems to the test, on one of its laps. 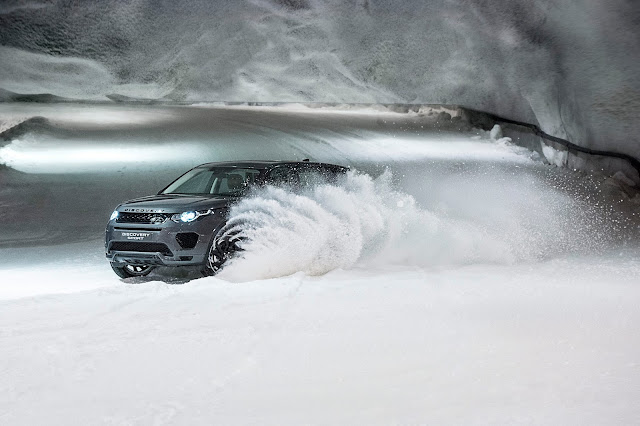 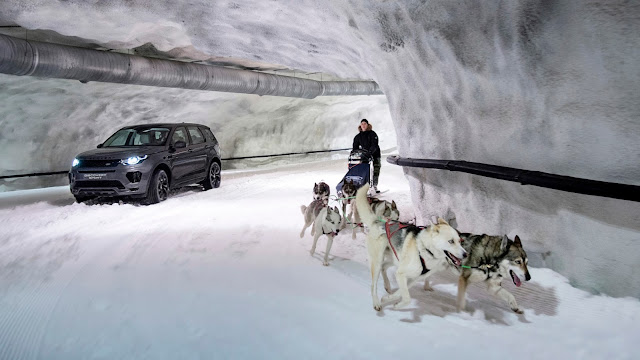 Over two laps of the tunnel, the sled team and Discovery Sport were closely matched but the Land Rover, which was forced to negotiate a set of unique ice obstacles along the way, won the challenge by a dog’s hair. Watch the video here:

The Discovery Sport is a premium compact SUV offering unrivalled all-terrain capability, versatility for up to seven people, a premium interior and comprehensive choice of advanced Ingenium petrol and diesel powerplants. The diesel engine is available in 150 PS Td4 or 180 PS and 240 PS Sd4 derivatives while customers can chose from 240 PS and 290 PS versions of the Si4 Ingenium petrol unit. The latter comes fitted with the Dynamic exterior pack as standard and can accelerate from 0-100 km/h in 6.7 seconds.