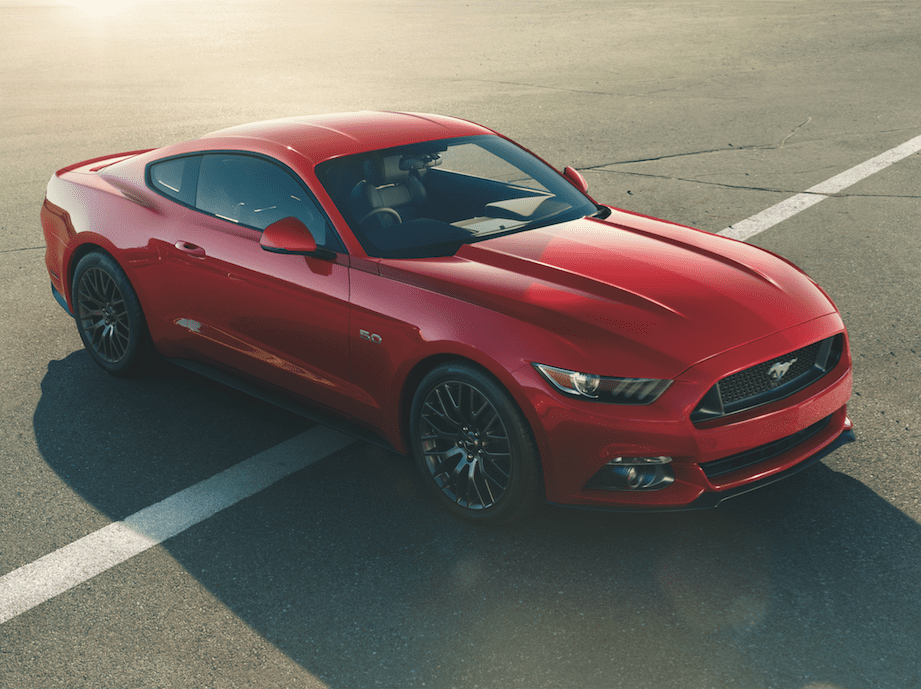 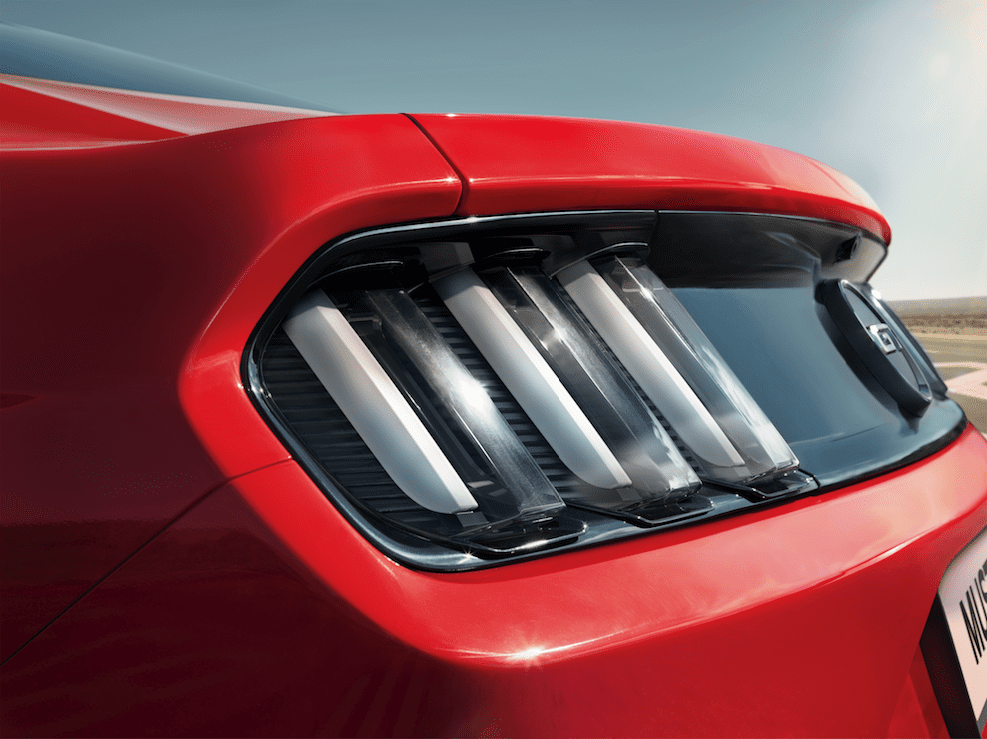 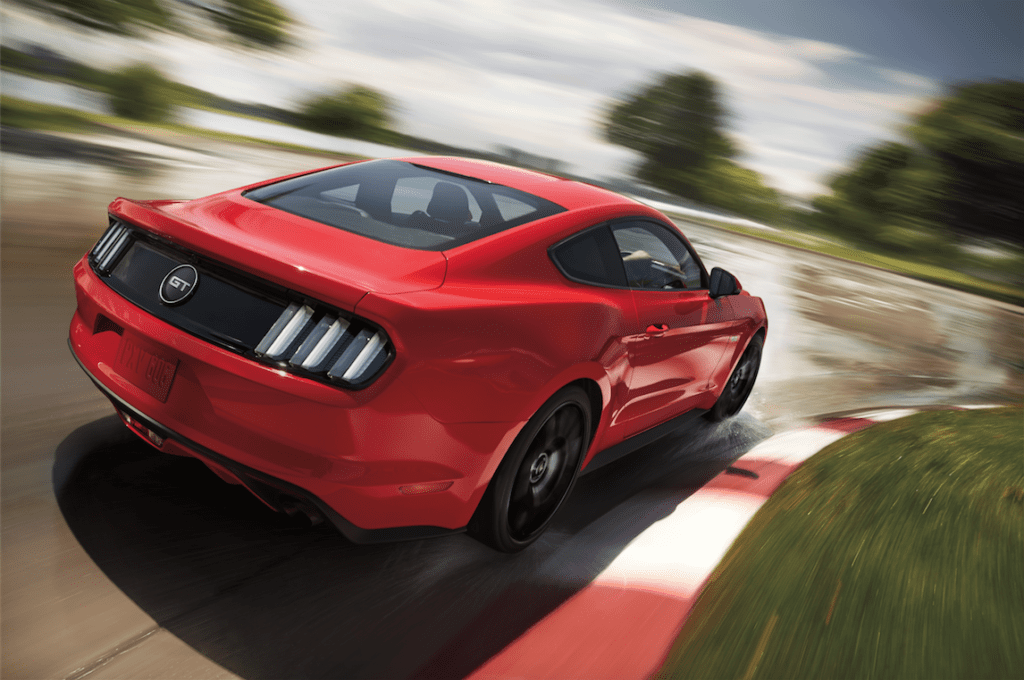 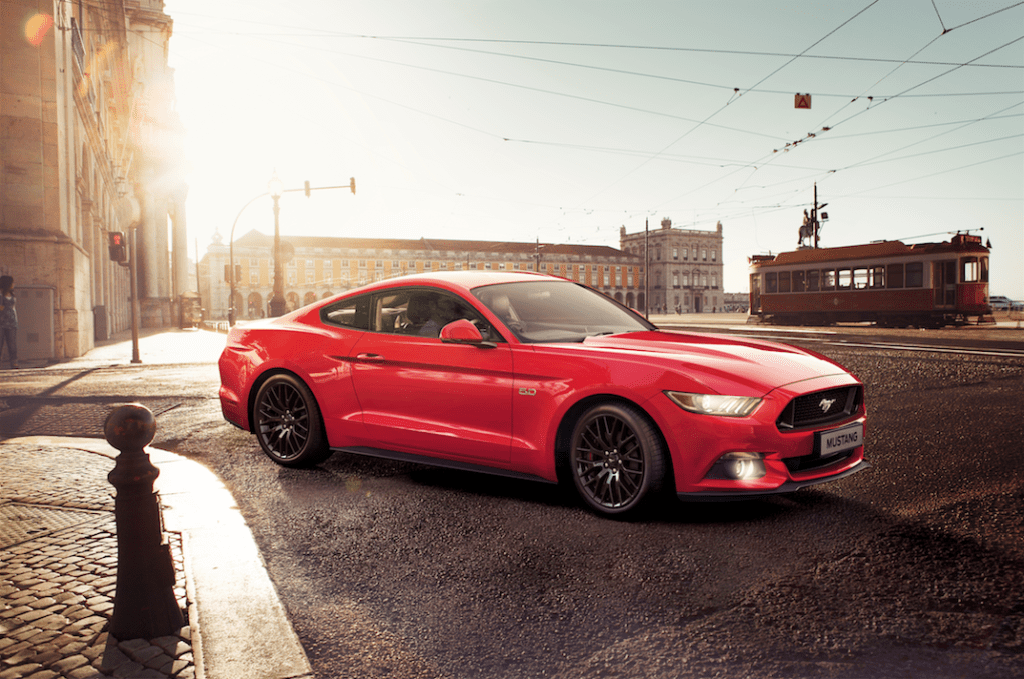 There are iconic cult vehicles. And then there is the Mustang. Finally, after five decades since the launch of its first generation, the all American pony car makes its official entry into India. The Ford Mustang made its first appearance in India at the New Delhi Auto Expo earlier this year, and has now been launched at a price of INR 65.0 lacs (ex-showroom Delhi). In the first phase it will be available only in Delhi and Mumbai.

This is the sixth generation Mustang equipped with a 5.0L V8 petrol engine, churning out a massive 401 PS of peak power. For several generations of automotive enthusiasts, the Mustang has been more than just a car. The way it looks, drives and growls is an experience in itself, and the new Mustang combines heritage with modern technology, performance enhancement and safety.

With several appearances in cult films, TV shows, music videos and in the gaming world, the Mustang’s celebrity status is unparalleled, with sales of over 9 million vehicles worldwide since it first hit the market in 1964. It remains one of the world’s best-selling sports coupe and sold around 110,000 units globally in 2015. Indian customers will get the ‘Made in America’ Mustang, which will be available as a CBU from Flat Rock Assembly Plant in the United States. 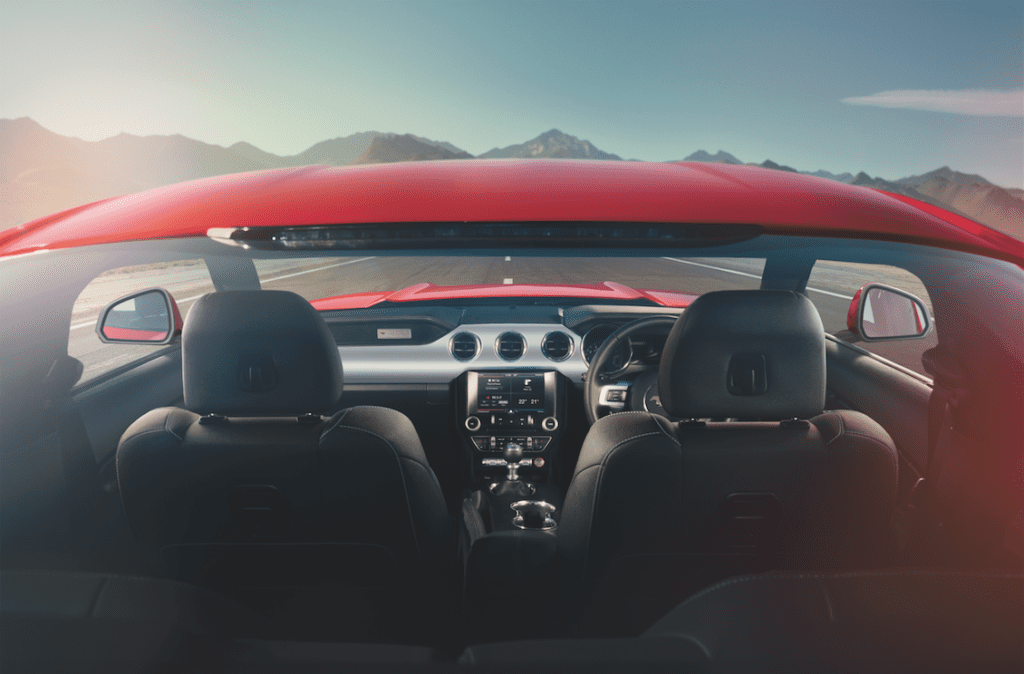 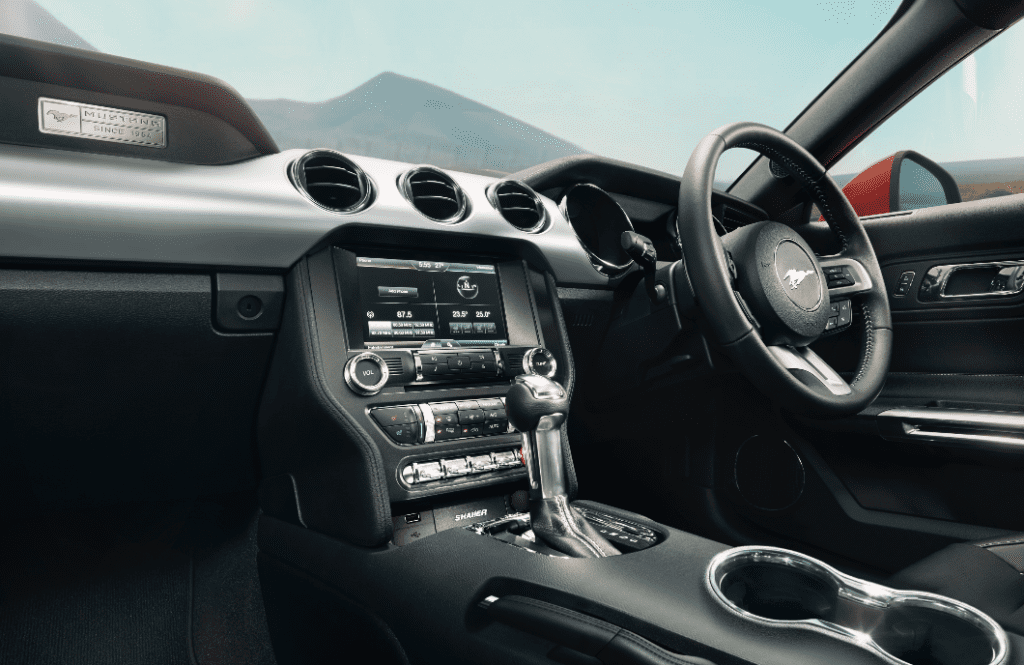 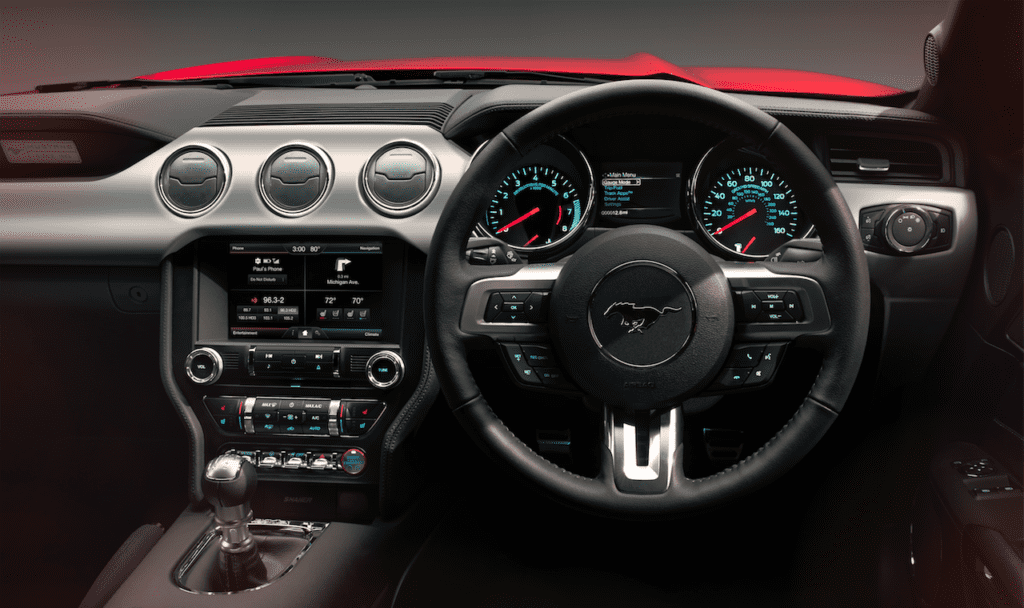 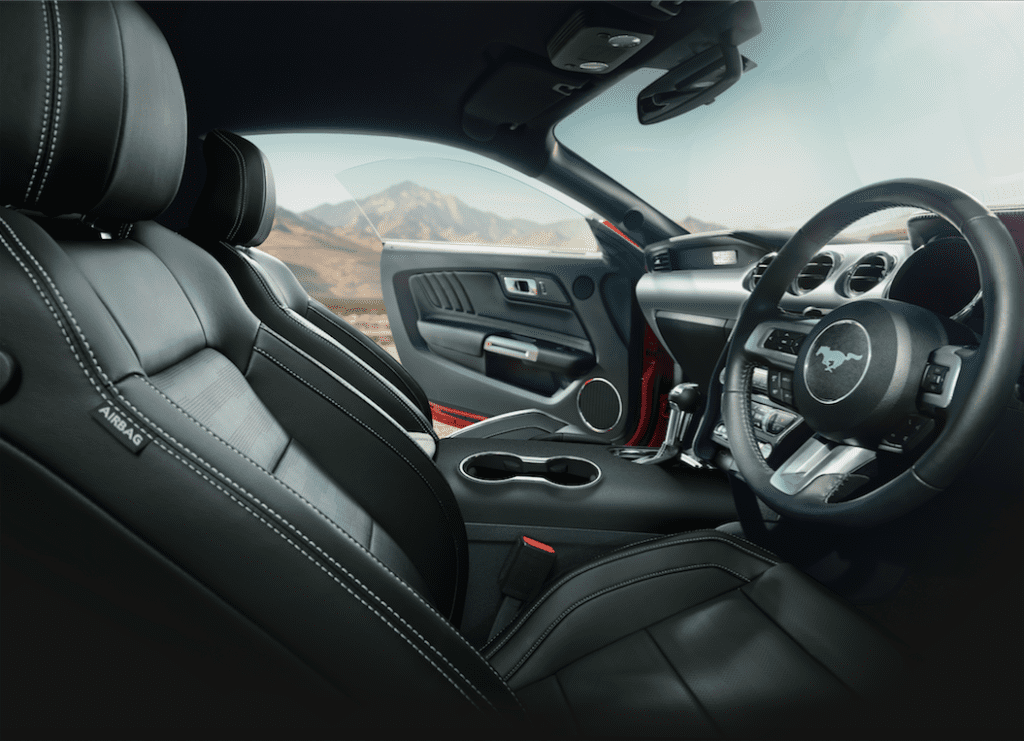 The aviation-inspired cockpit inside makes all information and controls readily accessible, with a large display screen for vehicle information and tactile switches & knobs. The leather-trimmed driver and front passenger seats can be heated and cooled, with a six-way power adjustment. The added width gives more shoulder and hip room to rear-seat passengers, and a more usefully shaped boot accommodates two golf bags.

The Mustang is powered by the latest edition of the 5L V8 engine. It features an upgraded valve train and cylinder heads, delivering a peak power of 401 PS with 515 Nm of torque, and a top speed of 250 km/h. It has improved low-speed breathing for better fuel economy, idle stability and emissions, thanks to larger intake and exhaust valves, revised intake and exhaust camshafts, stiffer valve springs, new cylinder head casting, redesigned piston tops with deeper cutouts and a rebalanced crankshaft.

The new Mustang provides a better foundation for more predictable wheel control, better handling, steering and ride. For enthusiasts, it has an electronic line-lock which automatically locks the front brakes and releases the rears so you can spin and heat up the rear tyres like a true drag racer to help the car launch. 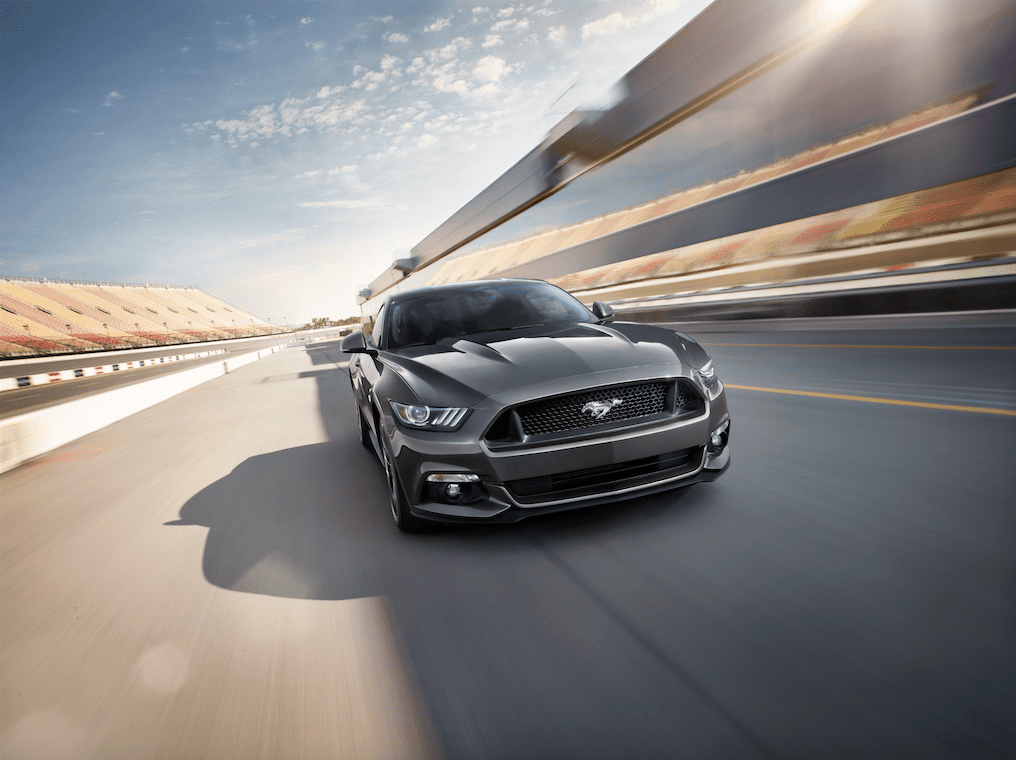 Ford Mustang on the track

So brace yourself as the racetrack stallion hits Indian roads. This one promises to be a scorcher!