Mumbai, 25 April 2016: Mid-engine sports cars have been a long tradition at Porsche, which builds on this heritage with a new flat-four turbo engine series for the 718 Cayman. Priced below the convertible 911 roadster, the redeveloped sports coupe will be the new entry-level model for the brand. 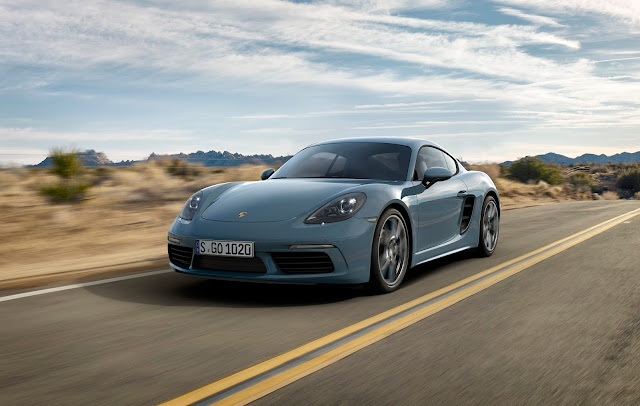 The 718 Cayman features the same four-cylinder flat engine as in the 718 Boxster, giving the coupe and roadster an identical output. The new model produces 300 hp (221 kW) from 2.0L of displacement, representing an increase of 25 hp (18 kW) over its predecessor. It achieves a torque of up to 380 Nm (+ 90 Nm) between 1,950 rpm and 4,500 rpm, making it fun and agile to drive even at low revs. It has a top speed of 275 km/h and takes 4.7 secs to go from standstill to 100 km/h, when equipped with Porsche Doppelkupplung (PDK) and Sport Chrono Package.

Historically, mid-engine sports cars from Porsche have won numerous races in the 1950s and 1960s, such as the Targa Florio and Le Mans. In the new 718 Cayman, lateral rigidity and wheel tracking have been improved in the completely retuned chassis; springs and stabilisers have been designed to be firmer, tuning of the shock absorbers has been revised and the steering has been configured to be 10% more direct. The rear wheels are now half an inch wider, resulting in an increased lateral forces and greater cornering stability. 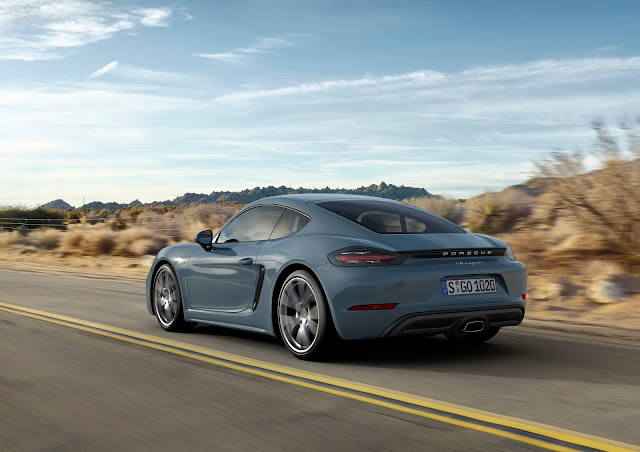 Driving dynamics options such as the Sport Chrono Package can be operated at the flick of a switch on the steering wheel, allowing four driving modes to be selected. Available on demand, the Porsche Active Suspension Management (PASM) lowers the ride height by ten millimetres. A stronger brake system (that was previously used in the S-version) is now in use with 330mm brake discs in the front and 299mm discs at the rear.

The redeveloped design features overall taut proportions and prominent air intakes at the front and sides. The sharp and low profile of the nose gives the front a wider and more masculine appearance. The impression is reinforced by the ultra-slim bi-xenon headlights with integrated LED daytime running lights above the air intakes, parking lights and indicators. It also features striking wings, side sills and a redesigned rear with a much wider look. There is an accent strip in high-gloss black with integrated Porsche badge between the tail lights, which feature 3D technology and four-brake spot lights. 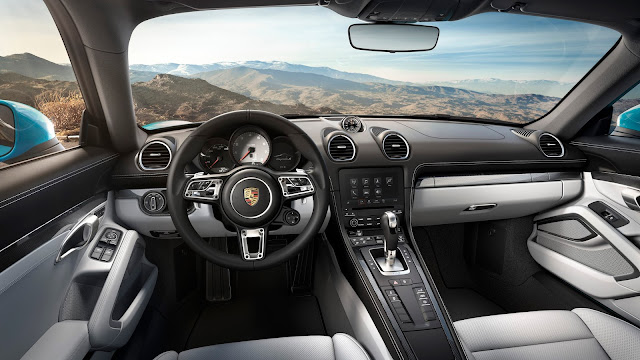 The interior design tweaks include a new upper dash panel and integrated air vents. The new sport steering wheel from the 918 Spyder and the Porsche Communication Management (PCM) are a standard feature. Mobile phone preparation, audio interfaces and the 150-watt Sound Package Plus are also standard elements in the new 718 Cayman, and options like navigation module with voice control are available to extend functions of the PCM.