Mumbai, 14 March 2016: The new generation of Tata Motors passenger cars including the ZEST, BOLT and TIAGO will undergo a rigorous endurance challenge to test their performance, strength, speed, efficiency and durability at the Vehicle Research & Development Establishment (VRDE), in Ahmednagar. 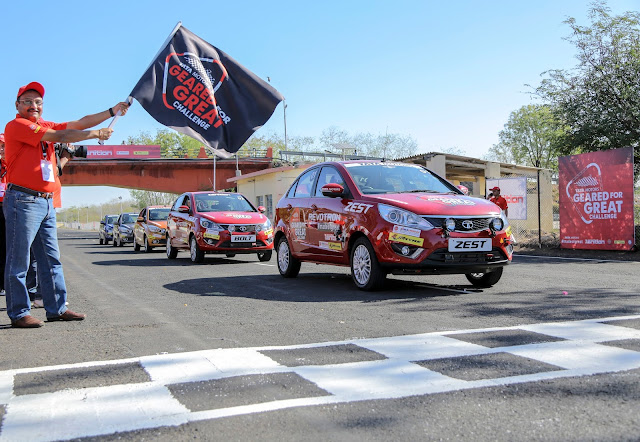 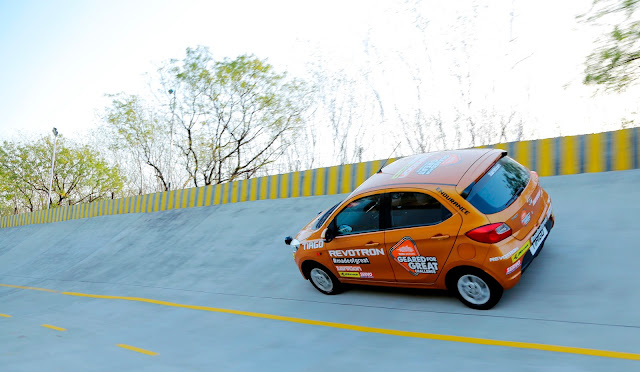 The #GearedForGreat Challenge is being conducted under the aegis of the Federation of Motor Sports Clubs of India (FMSCI) in partnership with ZEEGNITION, Indian Oil and JK Tyres. The endurance run will witness the petrol variants of the ZEST and BOLT along with the petrol and diesel variants of the TIAGO. Over 60 professional drivers and auto experts will be participating in this event. 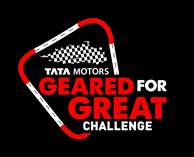 The new Tata vehicles have been created with global R&D inputs from India, UK and Italy and have undergone a rigorous validation processes including extensive simulation, CAE (Computer-aided engineering), NVH (Noise, vibration and harshness) analysis, and physical validation on test-bed as well as on-road. They come with features like first-in-segment multi-drive mode, high-end infotainment system from Harman, and technologies that are future-ready. The Revotron and Revotorq engines are built to endure extreme performance and benchmarked against competitive engines on parameters of performance, economy and refinement.

These new generation vehicles represent the new face of Tata Motors, which on a revival mode with its focus on new design dynamics and engineering processes.