Goa, 19 February 2016: The first day of India’s largest biking festival, the India Bike Week 2016 was off to a rocking start as thousands of hardcore and casual bikers gathered at Arpora, Goa to celebrate an event that has established itself as a cornerstone of India’s biking culture.

The India Bike Week 2016 is held in association with travel and lifestyle channel FOX Life and Shell Advance lubricants. 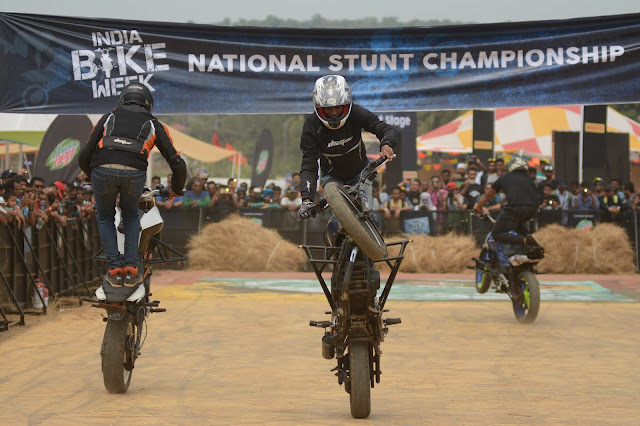 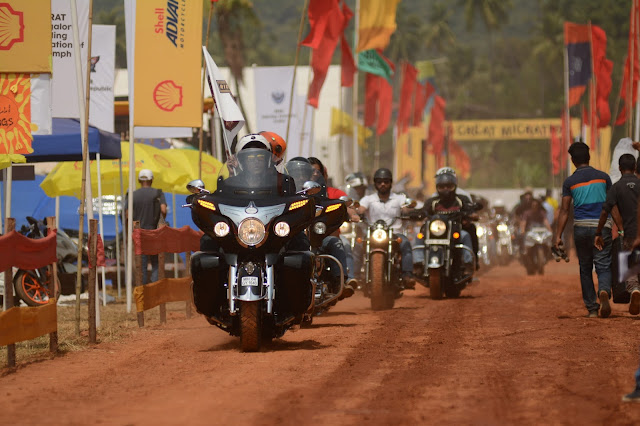 The festival was launched by Harley Davidson’s parade of over 2,500 HOG riders down IBW’s Main Street, followed by the DSK Benelli riders. Next came Triumph Motorcycles, with a parade by the Riders Association of Triumph. 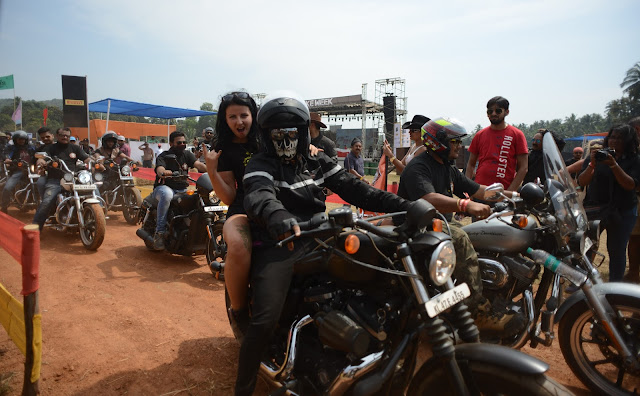 Dedicated test ride track and activities like the Triumph Tiger Academy, Harley-Davidson Touring Bike demo, and Shell the Rev Up zone with their Dyno Wars and power bike displays added a new dimension to the festive experience. 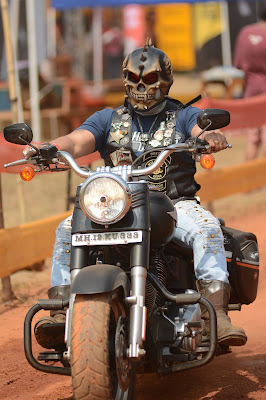 The Howling Dog Bar was the center of attention, hosting the Innovation Bike display, showcasing models like the Monowheel, a single-wheel vehicle derived from the concept of planetary gear box, and the Skatocross.

The Moto Art Collective displayed a curated collection of motorcycle and moto-culture inspired art, with biking lifestyle elements such as Tattoo artworks by Body Canvas, Live Graffiti and Air brushing by Maria Jurkina, Sculptures and painting by brothers HAMMEred & IRONic projects from India’s most creative bike builders, and moto-photography by RONNIE SEQUEIRA.

Headlining this year’s event was a MOTO TRIALS SHOW, which featured the international sensation and undisputed King of Trials, Dougie Lampkin.

Watering holes scattered around the grounds like the Howling Dog bar, the Beer Café, and the Knock Out Zones saw much action as well.

The Big Trip offered a chance to interact with legends of the road as they shared their stories. Some of the speakers were Bullet Yatra blogger Dhruv Dholakia, Youhan Mubaraki and Debaashish Ghosh from HOI, who outlined their 25,000 km ASEAN Corridor ride to Singapore and back on their Harleys; and Alankar Misra, who goes by the name of Sole Traveller and did a Trans-America ride in addition to several pan-India rides.

The day drew to a close with performances by Soulmate and The Other People, with the singer songwriters at the DSK Benelli stage leaving the crowd raring for day two.