New Delhi, 03 February 2016: The iconic Jeep brand made its Indian debut at the Auto Expo 2016, with the introduction of Wrangler Unlimited, Jeep Grand Cherokee and Jeep Grand Cherokee SRT. The brand is expected to hit showrooms around mid 2016, a year that also marks its 75th anniversary. The line-up will be initially brought via the complete built up (CBU) route, till local assembly commences at the Ranjangaon plant in 2017.

Jeep Wrangler and Jeep Grand Cherokee will be sold with both diesel and petrol engines options in key metro cities to begin with. Prices have not yet been announced. 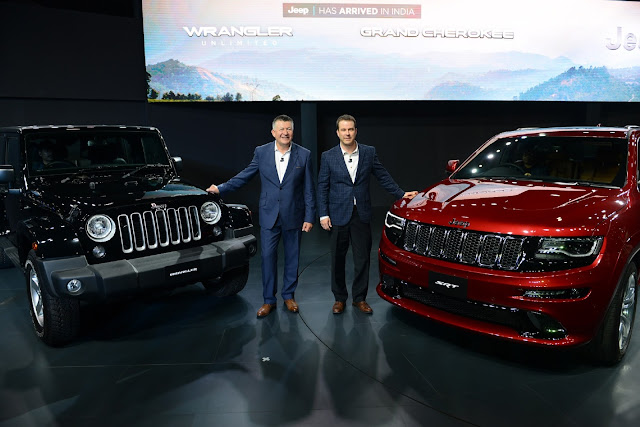 The Jeep brand arrives in India at a time of record sales and continued expansion into markets outside North America. Jeep recorded sales of more than 1.2 million units worldwide in 2015 – the highest in its history.

The Grand Cherokee is the most awarded SUV ever, and will be offered in two variants – Grand Cherokee Limited and Grand Cherokee Summit. Both will have a similar exterior appearance with minor differences. Both variants come equipped with Bi-Xenon headlamps with daytime running lights. The rear offers large tail-lamps with signature LED lighting, a rear aerodynamic spoiler and a wide window in the tailgate for greater visibility. The Summit variant will be fitted with 20″ alloys whereas the Limited variant will have 18″ alloys. 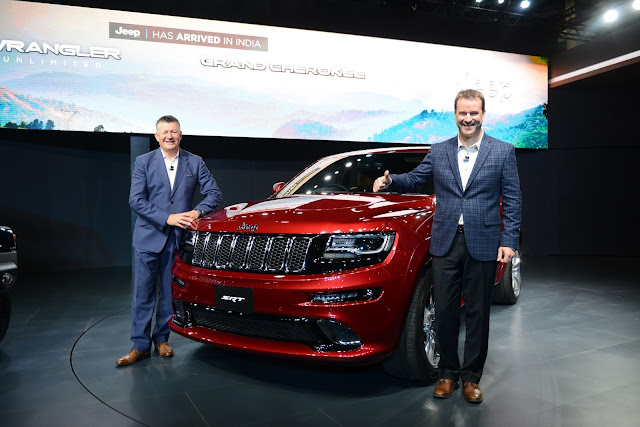 The classic Jeep Wrangler Unlimited offers rugged and impressive exteriors and sits on 17″ wheels. It incorporates design elements to provide all-weather capability that testifies its off-road prowess. Removable tops and doors help turn it into the only open-air 4×4 vehicle in the market. 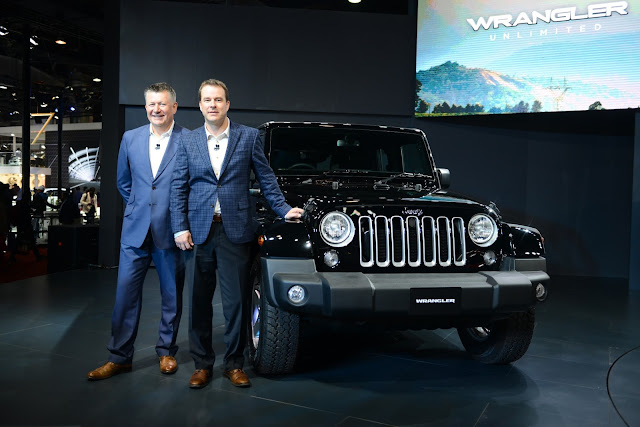 The interiors of the Jeep Grand Cherokee SRT are race-inspired and sport exclusive Laguna leather upholstery. The car will also feature a Harman Kardon 19-Speaker sound system with active Noise cancellation. The leather wrapped steering will hold a SRT logo with paddle shifts positioned behind the wheel.

The Jeep Wrangler Unlimited has washable interiors that encourages you to get dirty. It offers lockable storage space and a leather-wrapped steering wheel with mounted controls. The Wrangler Unlimited is fitted with an Alpine Premium Audio system and comes with the Command-Trac Shift-On-The-Fly 4WD system to help manoeuvre rugged paths. 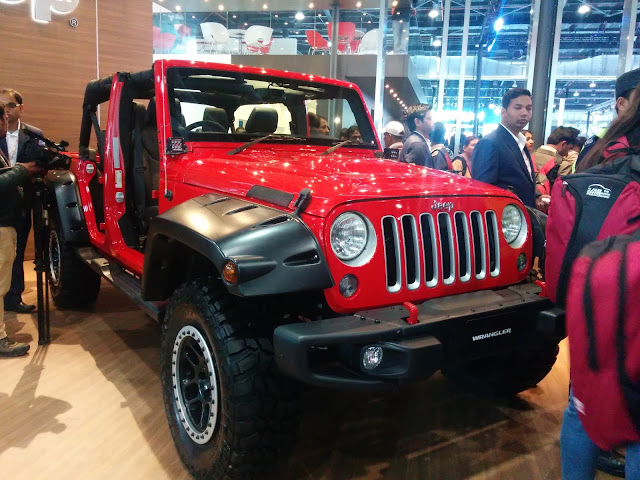 The Jeep Wrangler Unlimited comes with a 2.8L CRD Turbo Diesel DOHC I-4 engine powering the wheels through a 5-speed automatic transmission. It is capable of tackling rough off-road terrain with its Command-Trac Shift-On-The-Fly 4WD. Hill Start Assist (HAS) and Electronic Roll Mitigation (ERM) ensures that drivers are gripped to the road. The Wrangler Unlimited will be ‘Trail-rated’, which represents a series of gruelling tests that prove its off-road capability on some of the toughest trails on the planet.

Jeep Wrangler Unlimited protects with the best-in-class safety and security features including standard advanced multistage front airbags. Electronic Stability Control (ESC) senses when the driver begins to over- or under-steer and applies individual brakes and controls the throttle as needed to help put the driver back on track. Electronic Roll Mitigation (ERM) determines when a rollover may occur and applies braking force to help reduce the likelihood of such an accident. A Brake Assist System and a Four-Wheel Disc Antilock Brake System (ABS) has been provided for improving vehicle control and decreasing stopping distances on both dry and slippery surfaces. The fuel tank features a 2.5-mm skid plate designed for safer and more secure off-roading.