Frankfurt, 15 September 2015: Naomie Harris and David Bautista were guests of honor at an event earlier this week, showcasing the special stunt vehicles used in the latest installment of the James Bond series, SPECTRE. 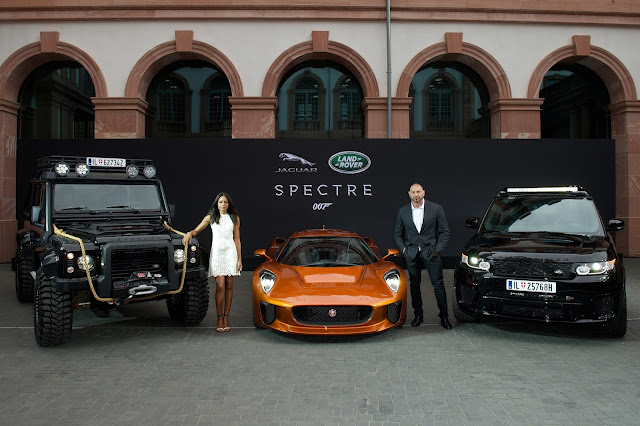 The line up of vehicles included the Jaguar C-X75, Range Rover Sport SVR and the iconic Land Rover Defender, which were unveiled in public for the first time at the palatial Thurn und Taxis in Frankfurt. British singer and musician John Newman performed at the event.

The Bond franchise is an opportunity for auto manufacturers to showcase production and concept cars alike and Aston Martins have earlier achieved iconic status thanks to being ‘Bond’ cars.

A host of exclusive SPECTRE content would be available on Jaguar and Land Rover’s social channels and new websites in the run up to the premiere, including special access to unseen footage and interviews with the design, SVO and stunt teams as well as a stunning 360 dynamic walk-around of the Jaguar C-X75.