New Delhi, 09 November  2014: Vishnu Prasad drove flawlessly to win two races in the JK Racing India Series and is back in contention, in the 17th JK Tyre Racing championship at the Buddh International Circuit here on Sunday. 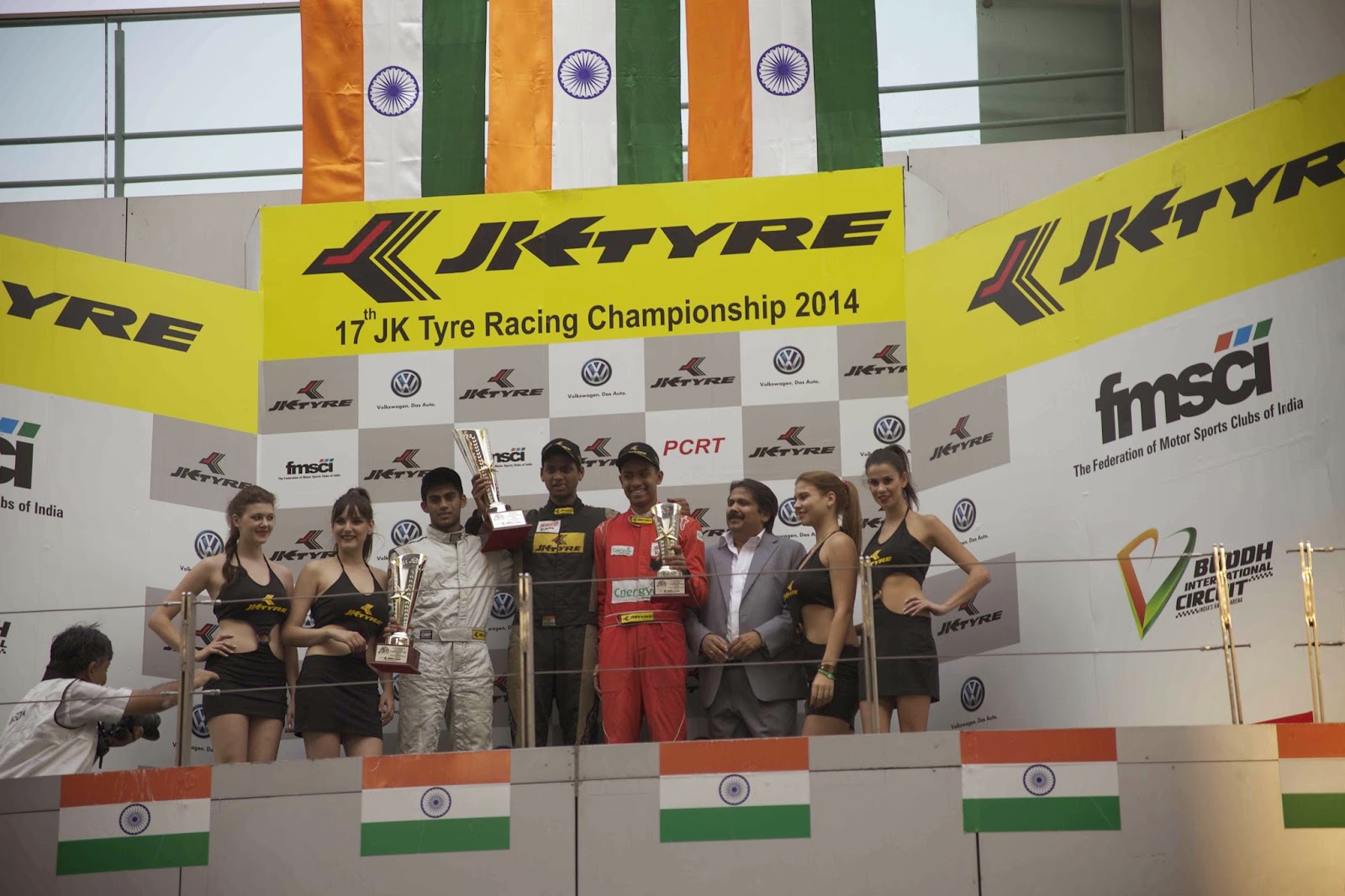 Having suffered on Saturday after making a jumpstart, he was back at his best as he overtook the pole-sitter and Race 1 winner Akhil Rabindra of Bangalore early in the race before stamping his class to win in the morning. The versatile driver has been adjusting to three different cockpits this season as he aims to become the champion racing driver in the domestic circuit with three crowns.

Vishnu has been driving in the JK Racing India Series, Formula LGB4 and the Senior Max Category in the JK Tyre –FMSCI National Rotax Max Karting Championship and is in line for title in all the championships. 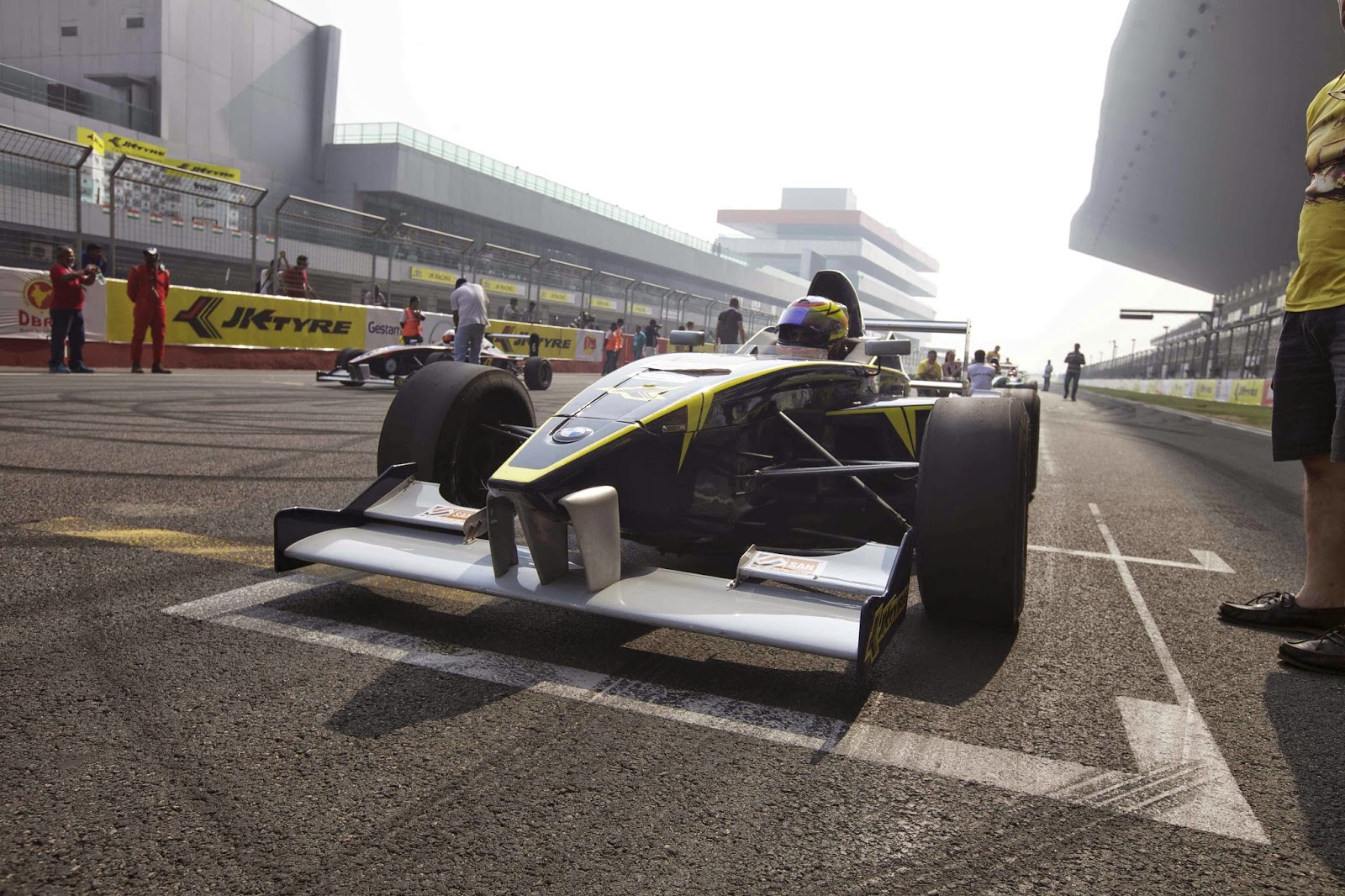 “I am trying to make my mark. Money is a big factor which prevents me from going abroad so I want to win here and impress upon sponsors to further my career,” said Vishnu.

After an uneventful start to the FB02 race, Rabindra fell behind midway through before fast-pacing Vishnu caught up with those ahead and pushed to the front. He clocked 22 minutes 00.295 seconds to win the race ahead of Mumbai’s Rahil Noorani, who was home in 22:14.946. Rabindra ended third with a timing of  22:18.461.

In the third race of the FB02 category, Vishnu raced ahead of Rabindra and maintained distance to eventually win by a difference of 7.454 seconds. Ananth Shanmugam finished third. 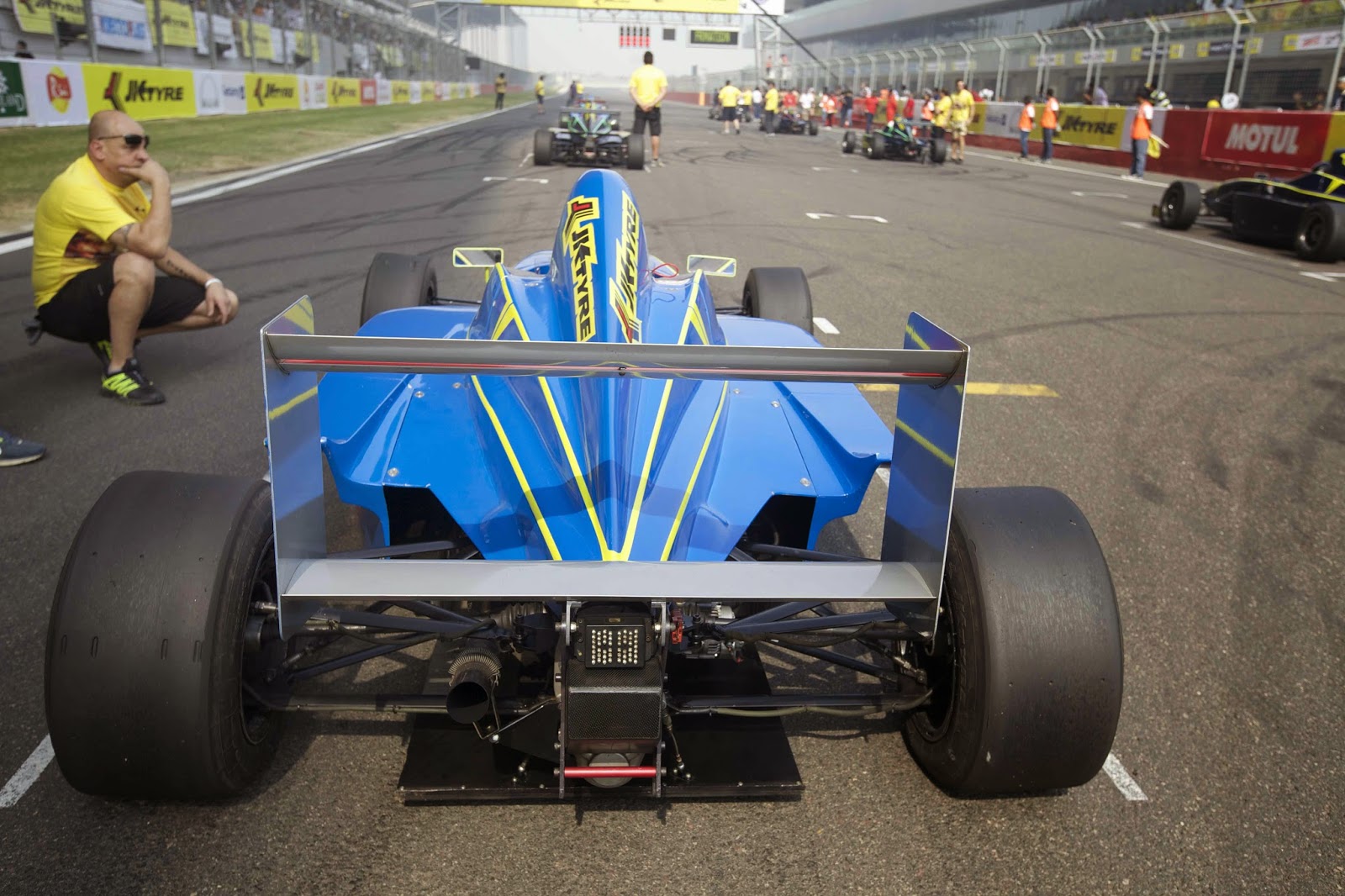 Diljith wins in Formula LGB
TS Diljith of Dark Don Racing raced to the chequered flag and it was his second victory in three races. This win gives him a good cushion to push for the championship title during the Final round of the JK Tyre Racing championship in the second week of December.

“Today’s race was pretty good as I started sixth on the grid and I got a decent start. I thought I would follow Chittesh (Mandody) from the start itself. But I think there was some problem with his car or something and he was falling behind and I was far faster than him”, said Diljith after his win.

“There were five cars ahead of him and I was able to overtake including my team mate Sudarshana Rao. But then I saw Vishnu flying away and as you know once he flies, it is difficult to catch him. Thankfully I went ahead of him as it was a very tight race. Also, I would like to thank my mechanics as I was able to drive faster in the corners than yesterday,” he added.

Bike show gets huge response
The newly introduced JK Super Bikes Cup received a resounding response with the grandstand getting choc-a-bloc to watch riders perform stunts and tricks besides racing the track.