Sant’Agata Bolognese, 06 October 2014: The new Lamborghini Huracán GT3 was tested on track for the first time in Vallelunga, Rome. The supercar was driven on the Piero Taruffi circuit. 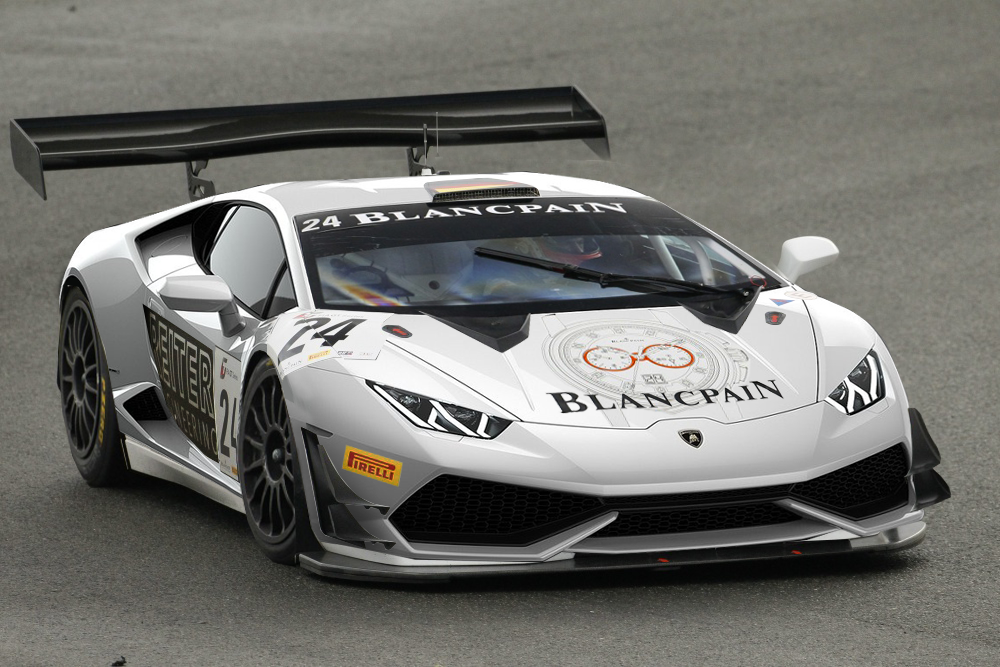 Lamborghini Squadra Corse has taken the next step in the development and production of race cars by building the Huracán GT3. It has been developed for one of the most demanding and prestigious international categories in racing. The Huracán GT3 marks Lamborghini’s first complete in-house production of a GT3 race car, emphasizing on the support of Dallara Automobili, who is also a partner in the development of the street legal Huracán LP 620-2 Super Trofeo.

The GT3 will be one of the major participants of the Blancpain Endurance Series from the 2015 season, and is anticipated to race at five important venues in Europe, including the famed 24 Hours of SPA. From 2016 onwards, the GT3 will also line up at the major race events in North America and Asia.

On the occasion, Giorgio Sanna commented, ‘‘I am pretty much satisfied with this first test of the new Huracán GT3. We still have plenty of work to do to be ready for the upcoming season, but performance and reliability feedback is encouraging. I have no doubt that this car will more than hold its own in international GT3 competitions.’’