19 March 2013: The recently concluded Geneva Motor Show would rank amongst the top auto shows in the world. Manufacturers showcase their most prestigious launches planned out for the year and this year was no different, with some spectacular cars and breathtaking concepts on display. Here is a quick round up of the major announcements: 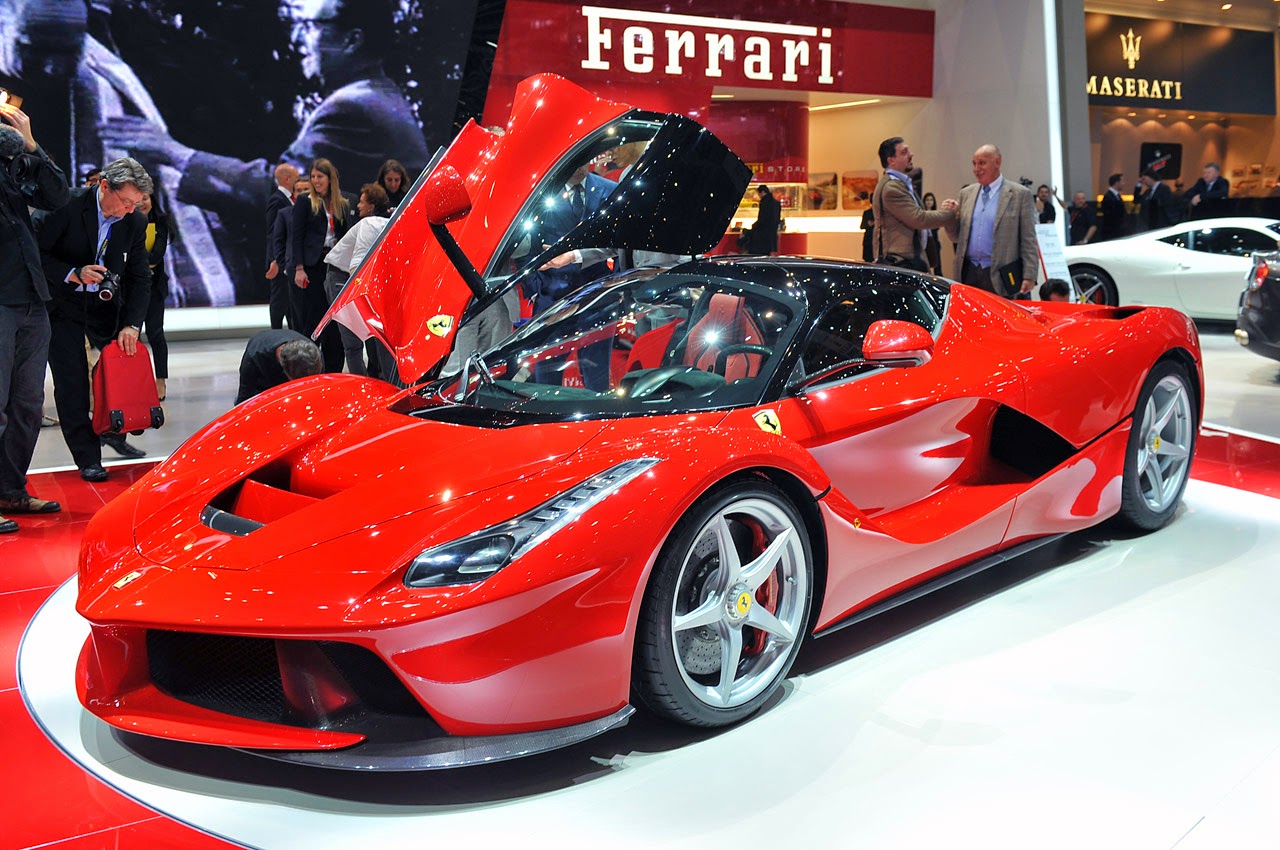 Ferrari LaFerrari
The undisputed show stopper, the LaFerrari could have done with a better name though. But that is the last thing that will be on your mind once you lay your eyes on this beauty. This car is the successor to the Enzo, which was one of the fastest cars of it’s time. The LaFerrari is striking to look at, and has a lot of vents and bulges to aid downforce. Inside, it is business as usual and there is nothing to distract you from the task of driving. Under the hood, there is a 6.3 liter V12 with a pair of electric motors which together produce a monstrous 950 bhp. The transmission is a 7-speed dual clutch automatic which helps the LaFerrari reach 100 km/h in under 3 seconds and a top speed of more than 350 km/h. 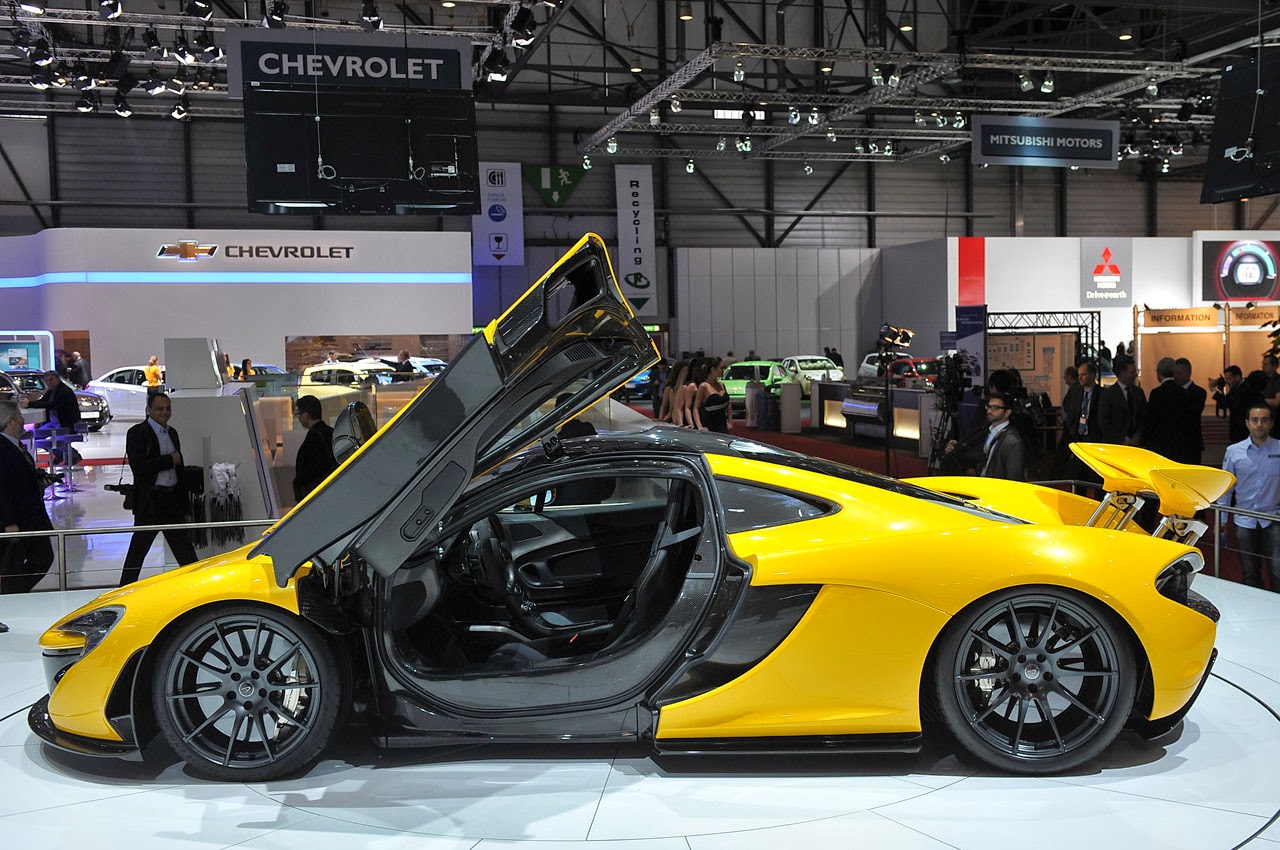 McLaren P1
The P1 is McLaren’s entry into the hypercar club, and is the successor to the iconic F1. The designers have used a ‘form following function’ philosophy, and to be honest it looks pretty good. The engine, a 3.8 ltr twin-turbo V8 produces 903 bhp which is good for a 0-100 km/h sprint in less than 3 seconds and a top speed of over 350 km/h. The P1 is a direct competitor to the LaFerrari, and is expected to lap the Nordeschleife in under seven seconds, making it one of the fastest cars in the world. 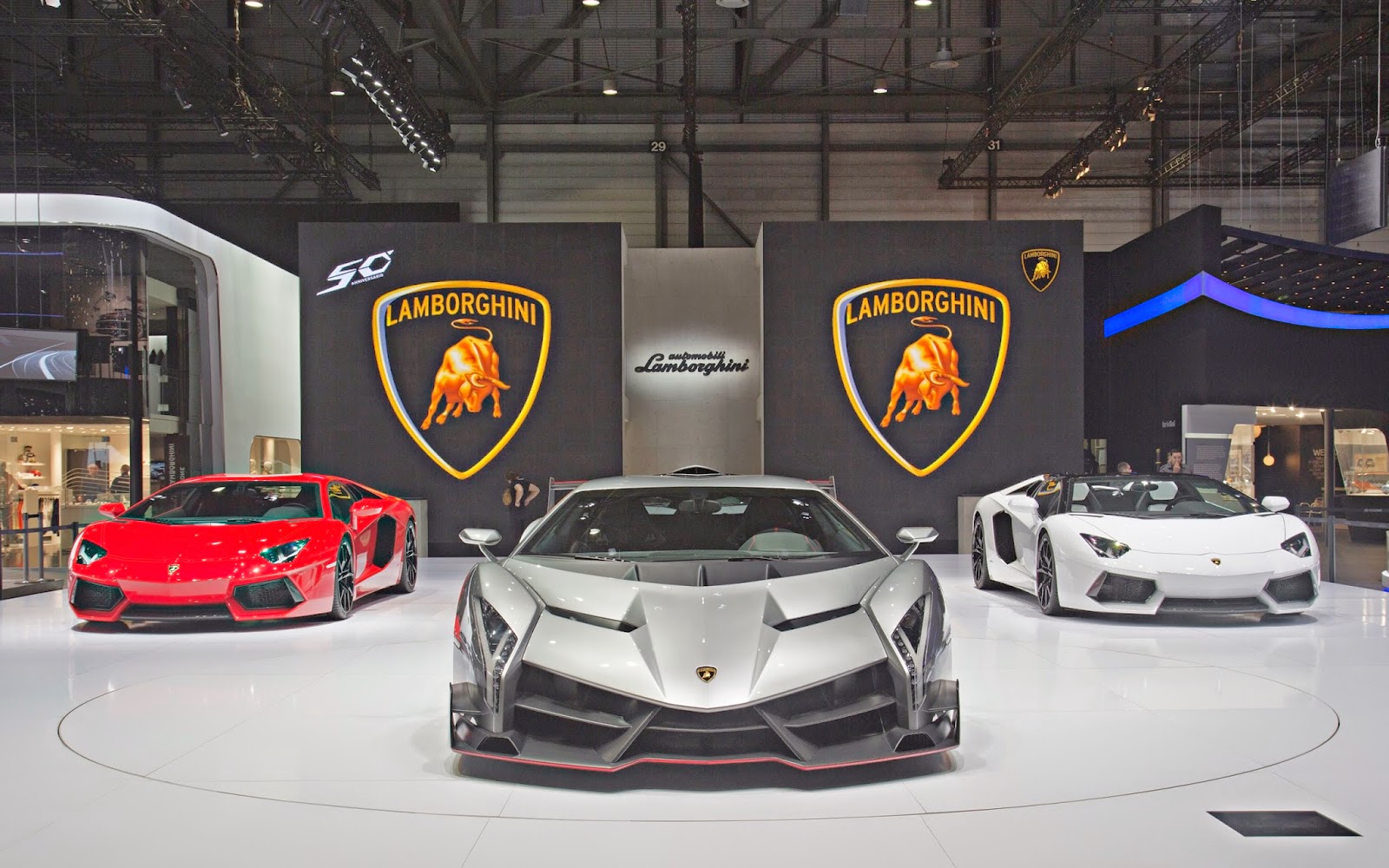 Lamborghini Veneno
Sticking to the tradition of naming cars after bulls, Lamborghini has named this one after the strongest, fastest and most aggressive fighting bull ever. The Veneno is based on the Aventador, and has a 750 bhp version of the 6.5 ltr V12 in it. 100 km/h comes up in 2.8 seconds and the top speed is well over 350 km/h. Lamborghini have kept the weight very low, by using carbon-reinforced polymers to craft the body and monocoque. Prices at $4 million, only 3 Venenos will be made in each of the Italian flag’s colours – red, white and green. 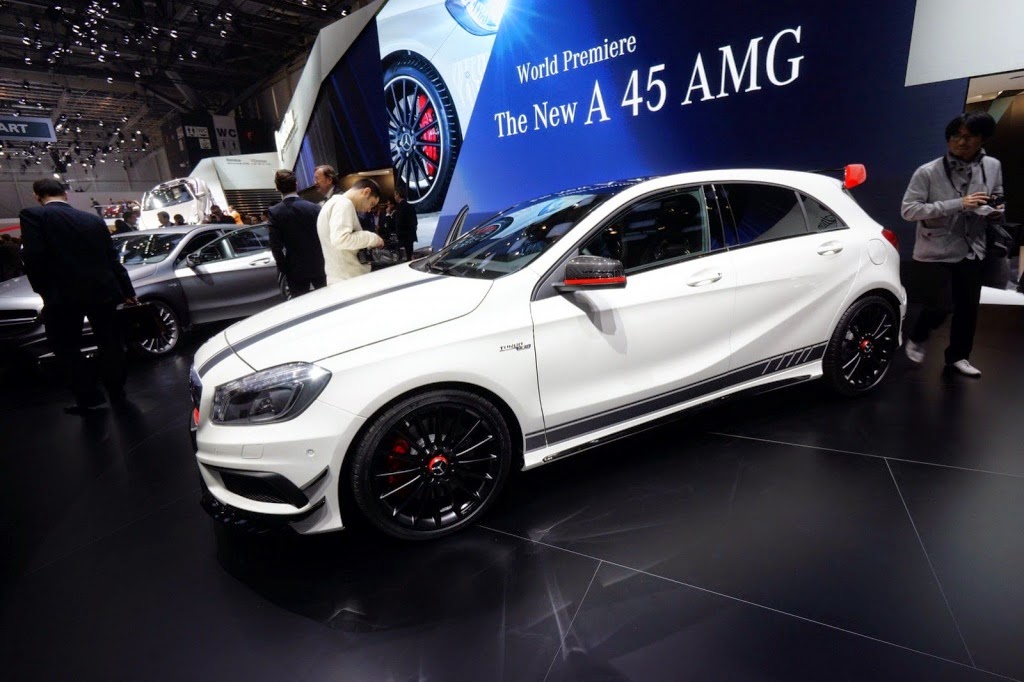 Mercedes A45 AMG
The A45 is the hardcore track version of the A-Class, and has a 2.0 ltr turbo charged engine which produces 360 bhp. The engine uses direct injection, a twin scroll turbo and a cooling system from the SLS AMG, and is the most powerful 4 cylinder engine in production. Power is sent to all four wheel through a 7-speed dual clutch  transmission. The A45 has 18 inch alloy wheels and a great interior, which makes it one of the most appealing hot hatches around. 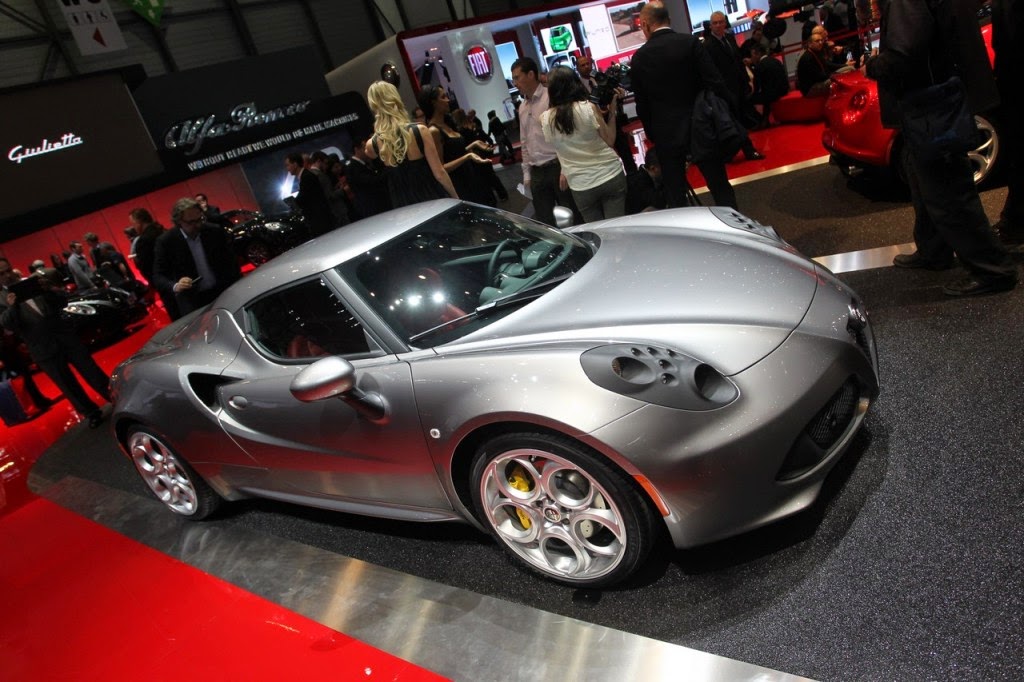 Alfa Romeo
Alfa Romeo is known for making beautiful, quintessentially Italian cars that are a pleasure to drive. And that’s exactly what the new 4C is all about. It replaces the 8C, but is much more affordable. The 4C is one of the most beautiful cars I have seen and is almost like a mini Ferrari. The engine is a 1.75 ltr turbo charged four cylinder which is quite small. It is mounted in the middle and produces 240 bhp so the power-to-weight ratio is pretty good since the car is extremely light. This is also the car that will help Alfa relaunch in America. 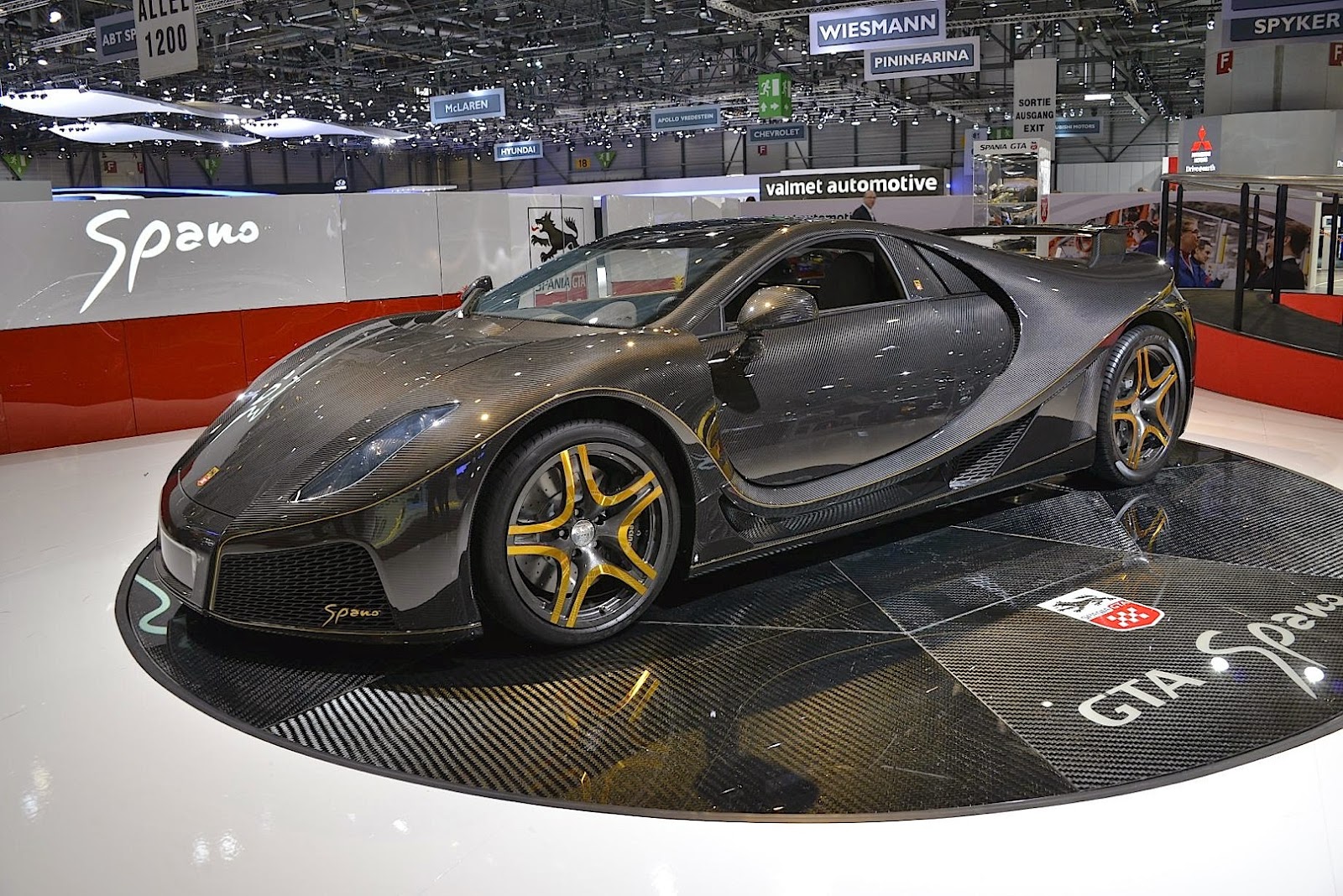 GTA Spano
One may not have heard much about Spano, or for that matter GTA. It is a Spanish brand which makes hypercars, and the 2013 Spano is a refreshed version of it’s earlier model. It has a 8.4 ltr supercharged V10 producing 900 bhp. Coupled with a 7-speed sequential gearbox, the Spano reaches 100 km/h in 2.9 seconds and has a top speed of over 350 km/h.The car is extremely light at 1350 kgs thanks to a monocoque made of titanium, carbon fibre and Kevlar. The Spano has many high tech features in the interiors as well, like an LCD screen in place of the rear view mirror and auto-tinting panoramic glass roof. 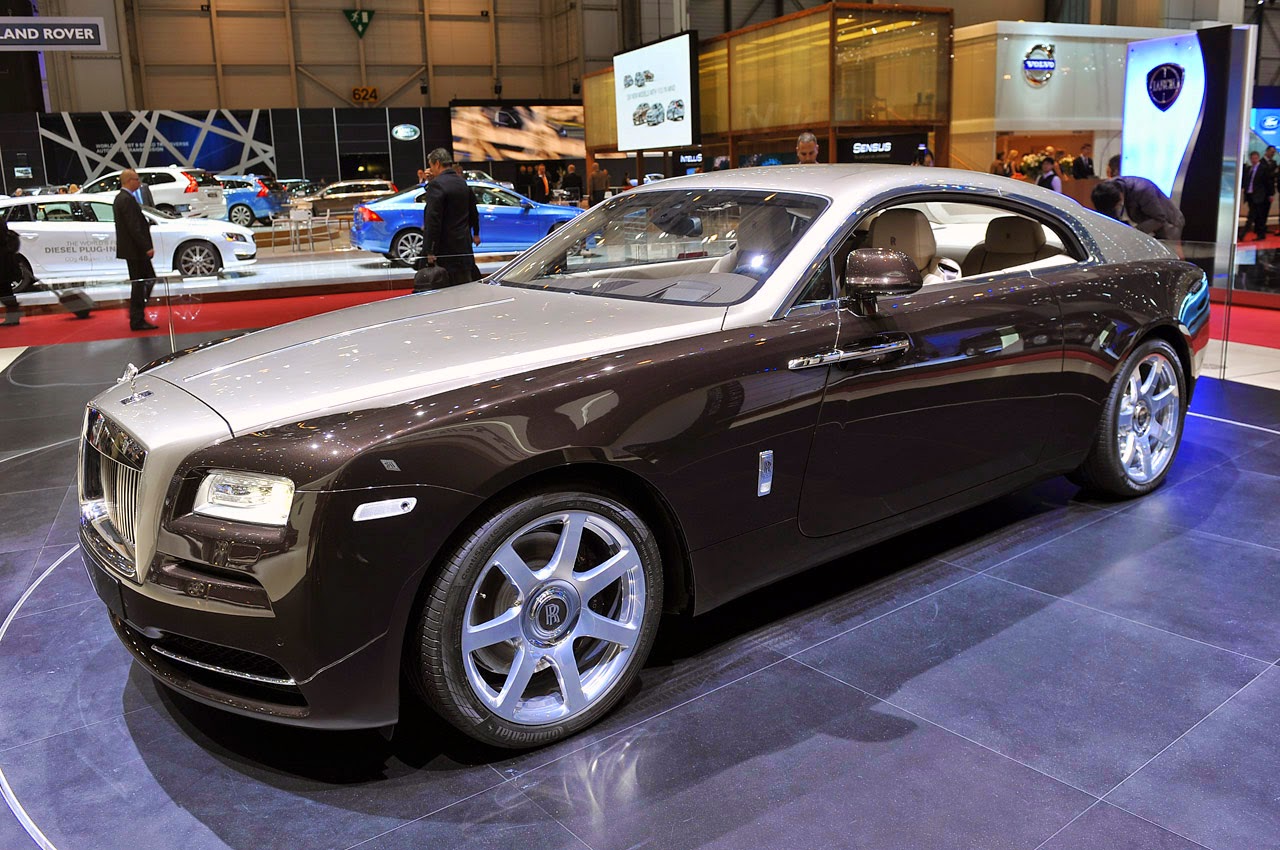 Rolls Royce Wraith
Now that’s what I call branding. With an awe inspiring name that has a supreme air of confidence around it, the new RR Wraith is the most powerful Rolls Royce ever. The car is a fastback coupe version of the four door Ghost, and uses the same 6.6 ltr V12, albeit a 624 bhp version of it. Coupled with BMW’s 8-speed auto gearbox, the RR Wraith completes the 0-100 km/h sprint in just 4.4 seconds. That is supercar performance by a coupe that is more well appointed than perhaps the best hotels in the world. The car looks elegantly royal, especially in profile. It is like a personal chariot for the richest of the rich. Step inside and you will be treated to luxurious handcrafted leather, exotic wood trims and unprecedented levels of opulence and luxury. The RR Wraith would perhaps be the most luxurious coupe out there, with unsurpassed levels of refinement and many features that make for a truly out of the world driving experience. At $320,000 it better be.