13 April 2012: Italians are a passionate lot. And when you are passionate about your craft, it shows. Two of Italy’s marquee luxe brands Maserati and Fendi got together to co-create a work of art, which is nothing short of a masterpiece. The limited edition Maserati Grancabrio Fendi Edition – an extraordinary journey of Italian craftsmanship that takes the form of a unique car.

Maserati makes some of the most sought after grand tourers and is every inch an Italian thoroughbred. And rather magniﬁcent in its syling and design. And the same goes for Fendi, the fashion house which is the epitome of Italian design, elegance, craftsmanship, innovation and style.

Titled ‘The Whispered Grand Tour’, the launch event at DLF Emporio, New Delhi was a part of a worldwide series of events across major cities to unveil this stunning trip across the excellence of Italian craftsmanship, which was first showcased in the 2011 Frankfurt Motor Show. Only ﬁfty of these cars will be made worldwide annually, and that makes it rather special. It is based on the standard Maserati Grancabrio platform (not that the original car is standard in any way) with material, colour and accents that are trademark Fendi. 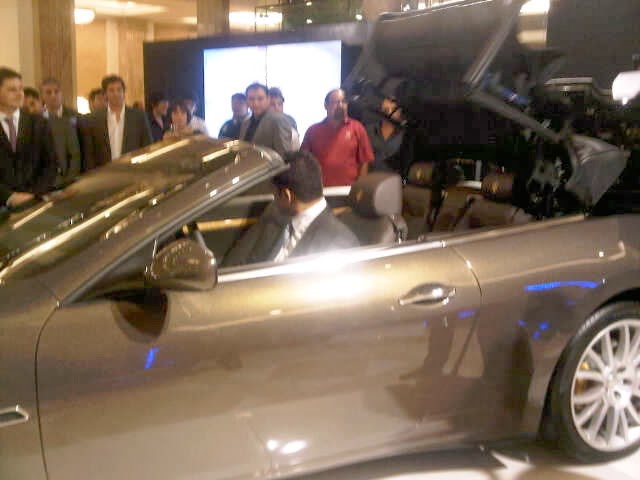 The car is a soft top convertible, and comes in only one colour variant. Difficult to define the colour of the triple layer paint job which changes according to the ambient environment; but best described as a special grey with a burnt gold metallic finish. The car has a custom designed cover in black, with the iconic inverted double ‘F’ Fendi logo all over. It would have made a better fashionable statement if it was in the trademark Fendi yellow. The dashboard displays the Maserati logo, and the ‘trident’ insignia sits in the centre of the steering wheel. Wood trims run across the dashboard and dress up the door panels and gear lever. The Fendi logo also makes a prominent appearance on the quilted seats as a pattern, and the head rest has the Maserati trident embroidered in yellow. Very elegant. But I wish they had done the double stitch on the seats in Fendi yellow, as it would have made the limited edition really stand out amongst the rest of the breed. A bit of design work on the canvas soft top (maybe yellow stitching or the Fendi logo print) would have added to the look. And the badge could be in yellow as well. The point I am making is that the car was more Maserati than Fendi, and a bit more flair in styling and such little touches would have gone well with the fashion conscious luxury connoisseurs who it is targeted at. But doesn’t take away from its current form and design, which is absolutely fabulous.

The 20″ wheels have the Fendi logo in the centre and the brake calipers are once again in the iconic Fendi yellow. They look good, and are the only bit of outer styling that gives a hint of recognition to this collaboration. The LED trim at the back located right behind the seats blend in beautifully with the profile of the car without being over bearing and that’s something I loved. Most cars look overly aggressive with too much LED all around, which can get a bit jarring.

Under the hood the car has a V8 engine which delivers 440 bhp, and does 0 to100 in around 4.8 sec. The car seats four, and even though the back seats have limited space, you wouldn’t feel cramped with the wind in your hair and that superb exhaust note playing behind you. The limited edition travel set of Fendi luggage (at a price of course!) is a really cool set of accessories that complements the experience well. 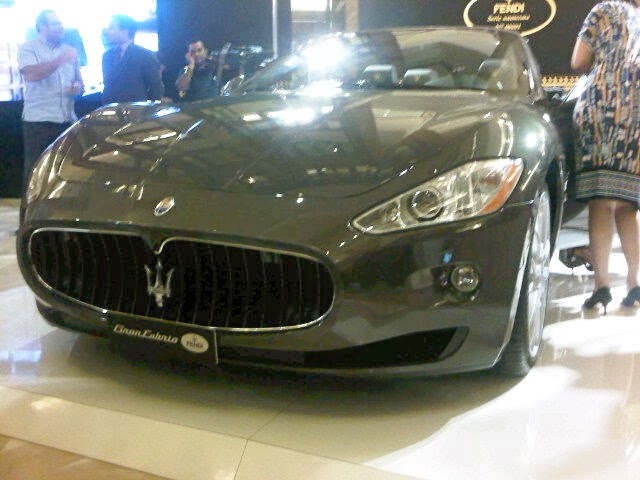 Maserati is yet to reveal how much this car will set you back by and what kind of an impact it will have on your financial well being, but expect it to be priced at around INR 2.5 crores, which is a neat half a million dollars. It will find enough takers among our newly rich and famous, but it would be a shame if you buy it because you can afford it, but not appreciate it. Nevertheless, its an investment worth making for a priceless piece of installation art on wheels.
The coming year looks to be a busy one for Maserati, with more launches on its way, so keep up with my updates on the brand. The car is on display for a few days at DLF Emporio, so you can go and check it out. And yes, the party pictures will be posted shortly!