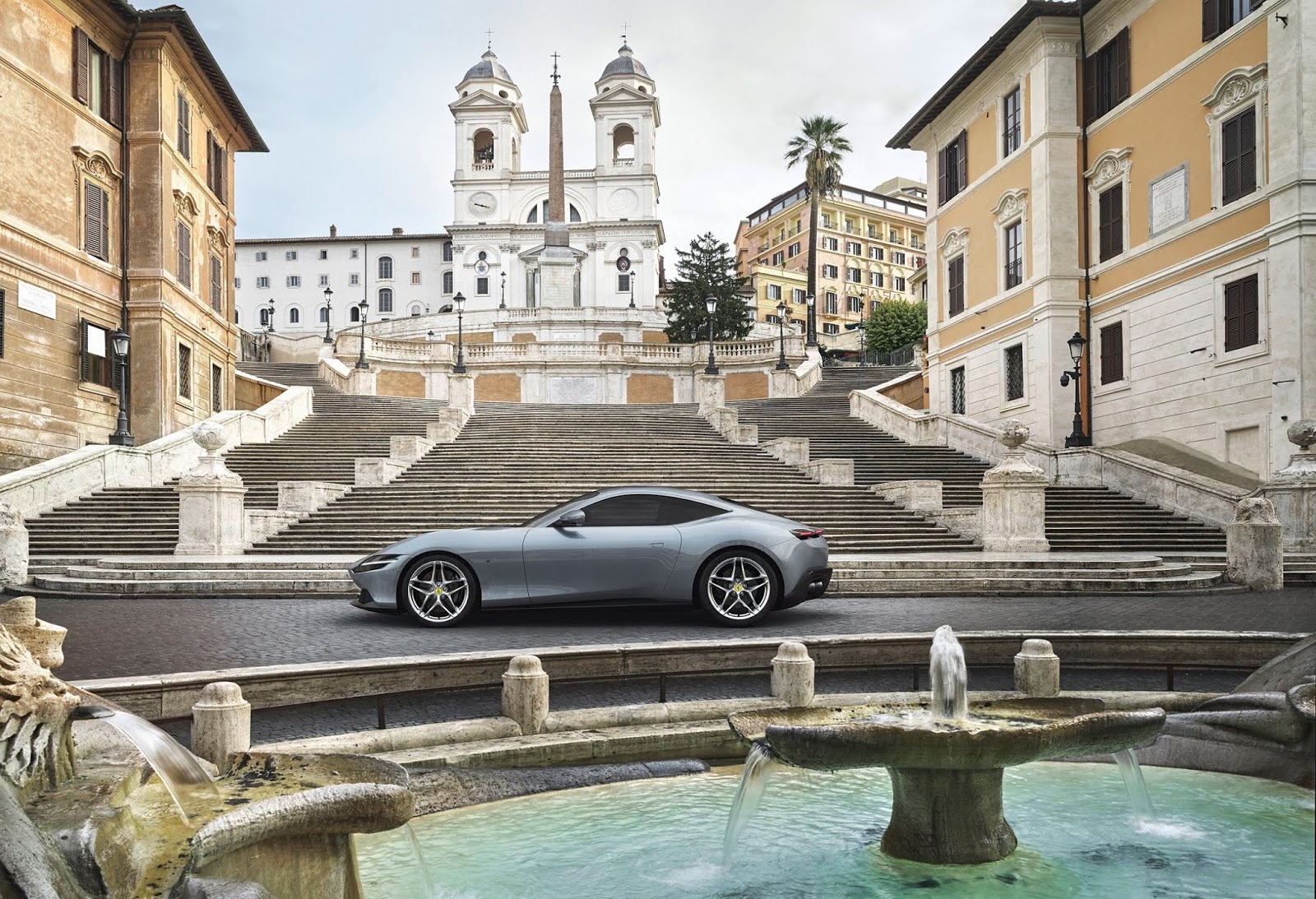 The Ferrari Roma exudes a timeless and sublime design language

The latest coupé from Maranello, the new Ferrari Roma was unveiled to the world’s media. Featuring a timeless and sublime design with all the power and agility required to guarantee a unique driving experience, it is styled to be a contemporary reinterpretation of the carefree lifestyle of ’50s and ‘60s Rome.

The Ferrari Roma is characterised by clean and symbiotic forms. Its harmonious proportions and balanced volumes are very much in line with the Ferrari mid-front-engined grand touring tradition of which the 250 GT Berlinetta lusso and 250 GT 2+2 are the most iconic examples. It embodies an extremely modern design language which underlines its authentic, refined styling. At the same time, its sleek lines retain the sporty vocation shared by all Ferraris.

To guarantee best-in-class performance whilst still retaining the stylistic purity of its bloodline, Ferrari’s engineers developed several leading-edge technologies, most notably a mobile rear spoiler integrated into the rear screen designed to retain the car’s formal elegance when retracted and guarantee the downforce essential for the Roma’s performance by automatically deploying at high speeds.

The Prancing Horse’s new 2+ coupé sports a V8 turbo engine that punches out 456 kW at 7,500 rpm, making it the most powerful in its segment. A member of the V8 family that has won the International Engine of the Year four years in a row, it features Variable Boost Management for instantaneous throttle response. With the adoption of Gasoline Particulate Filters, attention was also focused on the sound of the exhaust system which has been completely redesigned, removing the silencers and introducing new bypass valves.

The car’s new 8-speed dual-clutch gearbox is more compact and 6 kg lighter than its 7-speed predecessor. Reducing fuel consumption and emissions, shifts are now faster and smoother; making the car even more responsive on the open road.

The chassis benefits from the modular technology developed by Ferrari for its new generation models. Both body shell and chassis have been redesigned to incorporate weight reduction and advanced production technologies. 70% of its components are entirely new, and the Roma has the best weight/power ratio in its segment (2.37 kg/cv) which enhances handling dynamics and responsiveness.

The car is clothed in long, ultra-sleek lines that sweep back from the front bonnet, highlighting the spare silhouette of the flanks and the compact, set-back fastback cabin volume. To underscore that formal minimalism, all superfluous detailing has been removed: for example, radiator cooling is guaranteed by a monolithic surface that is perforated only where necessary, creating a new radiator grille concept. The full-LED adaptive headlights are traversed by a horizontal light strip that hints at the structure beneath the car’s skin, bringing a sense of tension to the entire circumference of the car. The wraparound rear screen incorporates an active aero device to preserve that purity of form, while the twin tail light assembly is set like a gem into the volume. 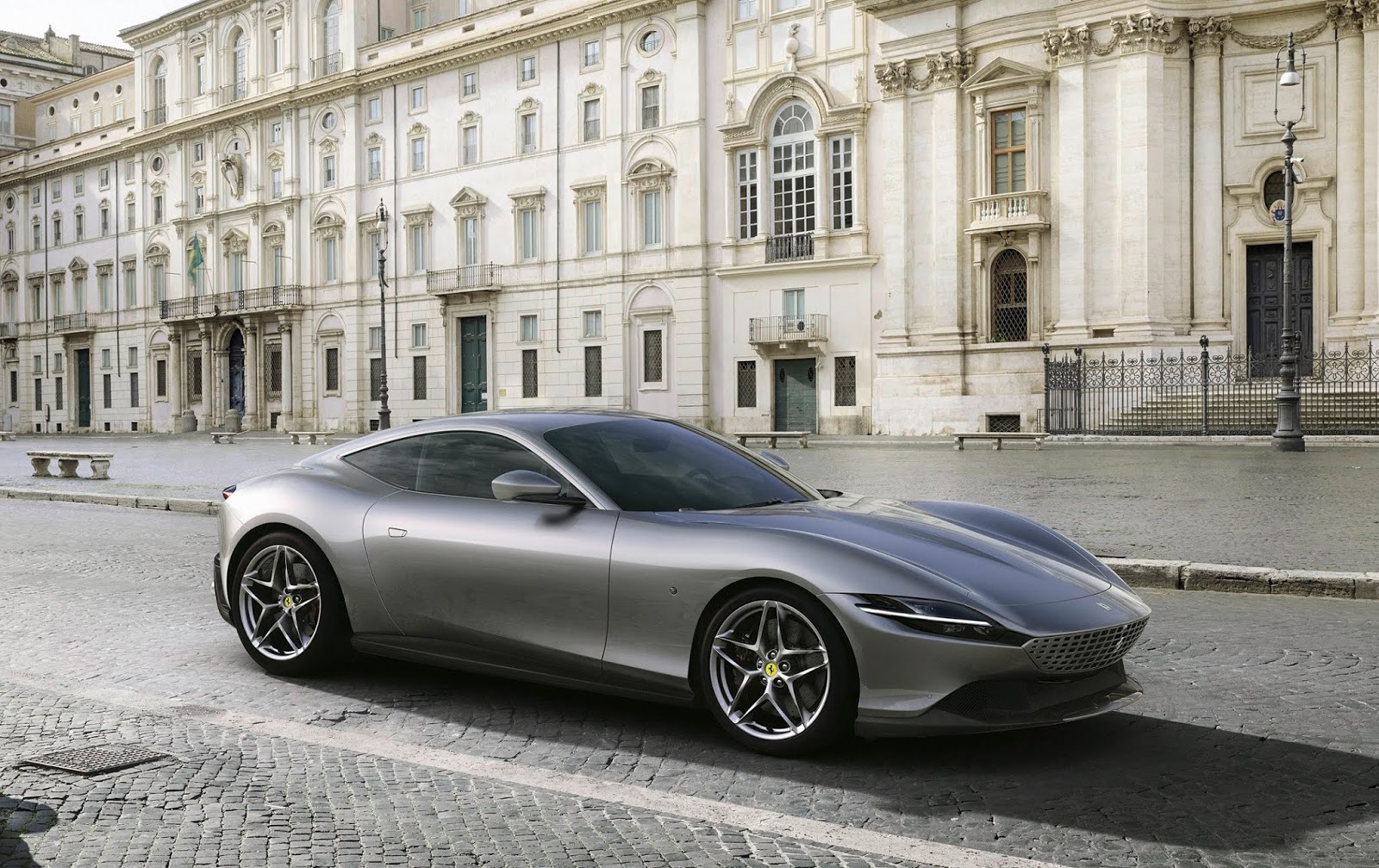 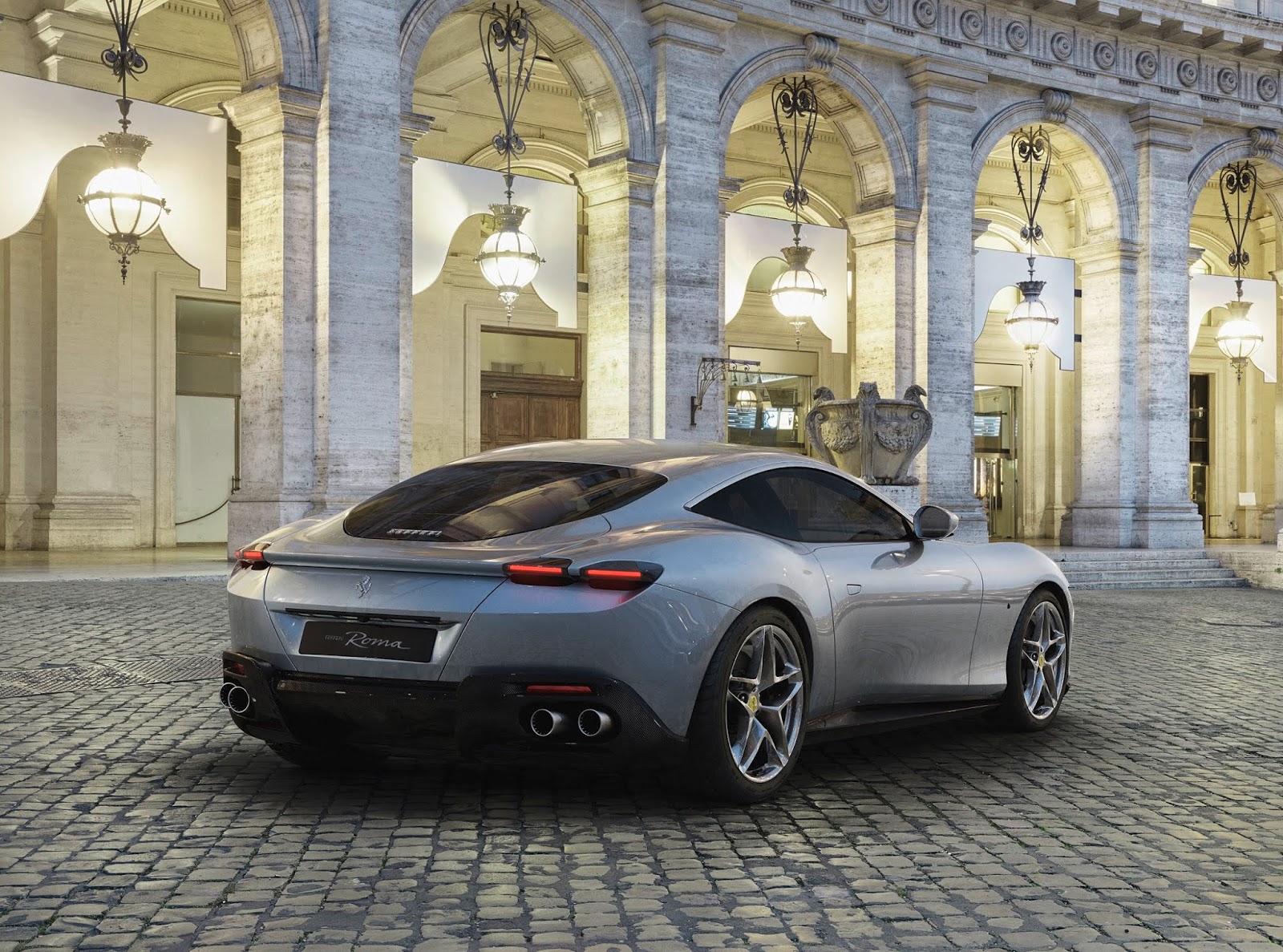 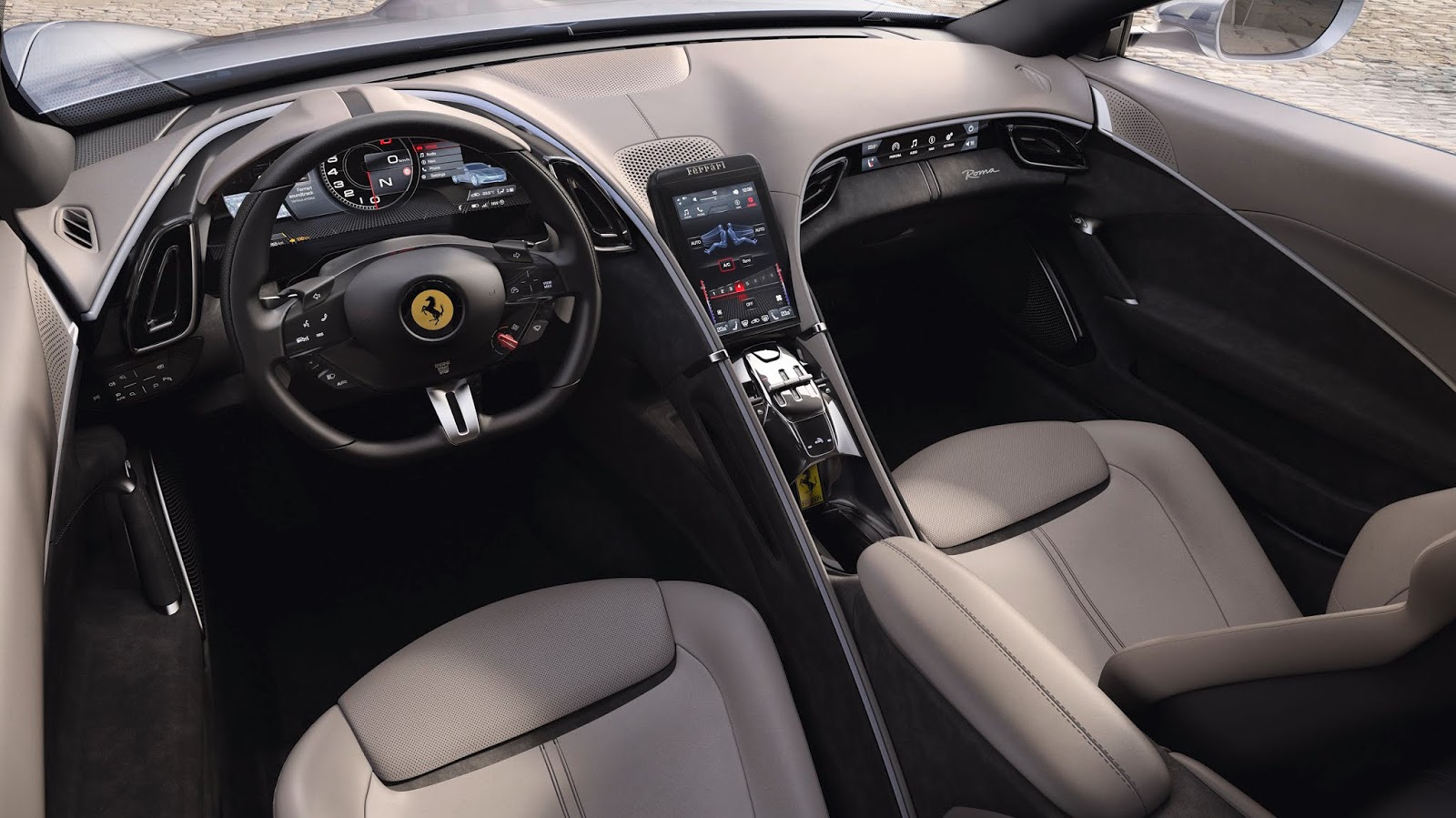 For the cabin, the designers developed a new formal approach that involved the creation of two separate cells, one each for driver and passenger, in an evolution of the dual cockpit concept that embraces the entire cabin rather than just the dashboard as was previously the case. The crafting of the interior took its lead from the complete redesign of the HMI. This result is a new steering wheel with all the car’s main commands actioned by haptic controls. The 16” digital instrument cluster provides all the necessary information, while the central display with an 8.4” vertical screen and a new passenger display are quite intuitive and user-friendly. The new Ferrari key with ‘Comfort Access’ function allows the driver to open the car by touching a button next to the new flush handle in the door. The Matrix LED headlights and optional Ferrari advanced driver assistance systems (ADAS), including adaptive Cruise Control, make day-to-day and longer journeys a relaxing experience.