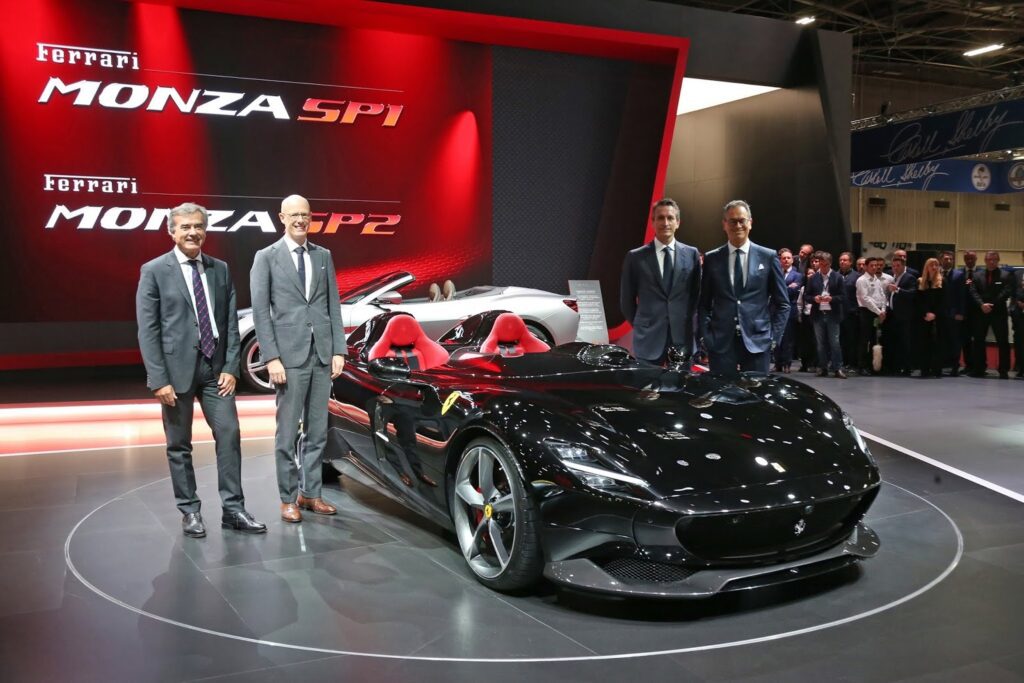 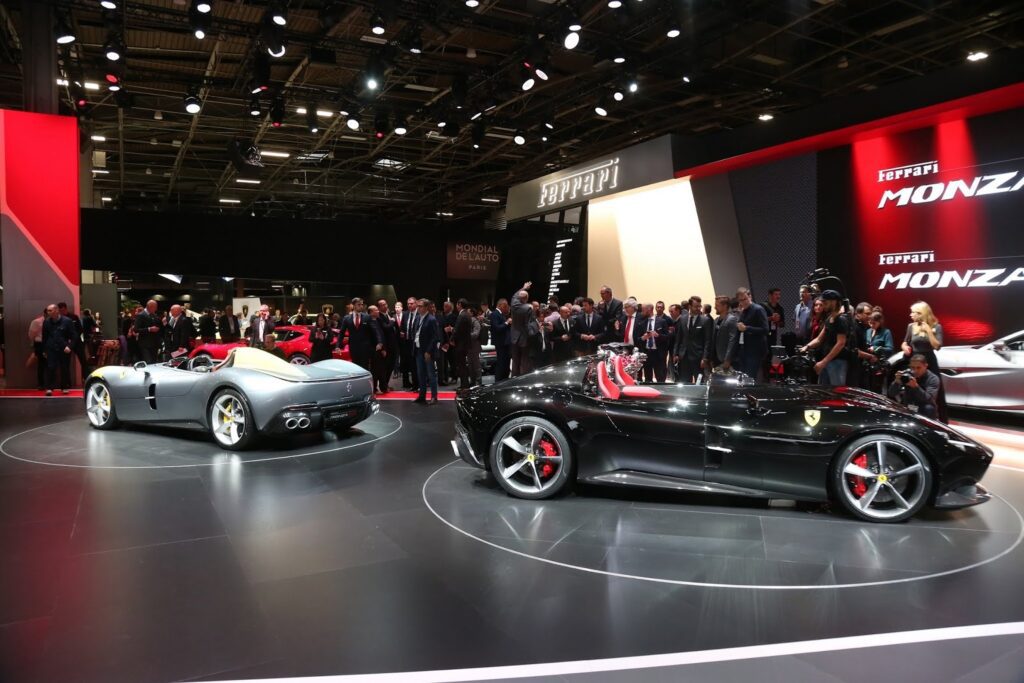 Paris: The Ferrari Monza SP1 and SP2 are the forerunners in a new concept, known as ‘Icona’ (Icon), that taps into a leitmotif of the most evocative cars in the company’s history to create a new segment of special limited series cars for clients and collectors. It uses modern aesthetics to reinterpret a timeless style, with technologically advanced components and a high level of performance and innovation.

The Ferrari Monza SP1 and SP2 are inspired by barchettas of the 1950s which were driven to victory in international motor sport not just by official works team drivers from the Scuderia, but also by a legion of gentlemen drivers who, in those years, frequently found themselves wheel to wheel with legendary professional drivers of the era.

The first ever Ferrari to be referred to as a barchetta was the open-top version of the 1948 166 MM. The name was coined by Giovanni Agnelli who, upon seeing the car for the first time at the Turin Motor Show that year, commented that it was less like a car and more like a barchetta, referring to the Italian for a small speed boat. The Touring-bodied 166 MM barchetta wrote Ferrari’s name firmly in the history books, winning first the Mille Miglia and then the grueling 24 Hours of Le Mans in 1949. This model was followed by other extraordinarily successful Ferrari Sports cars, such as the 750 Monza and 860 Monza which were inspiration for the name of the new models.

Barchettas were similar to spiders in form (two seaters), but had no roof or weather equipment. Instead of a full windscreen, they were equipped with just a small screen (single or wrap-around) and a removable tonneau cover over the passenger side. The Monza SP1 and SP2 are similar in concept, although the main difference is that they can be ordered either as a single-seater or as a two-seater. The result is a car that seems sculpted by the wind.

Just like on racing cars, extensive use of carbon-fibre has been made throughout the construction of the Monza SP1 and SP2 to make them light and responsive and to enhance their sporty, aggressive visual appeal. The sleek minimalist silhouette, sculpted rear diffuser wrap, slender yet precise lines, and the colour contrast makes it the perfect ally for a new generation of gentlemen drivers. 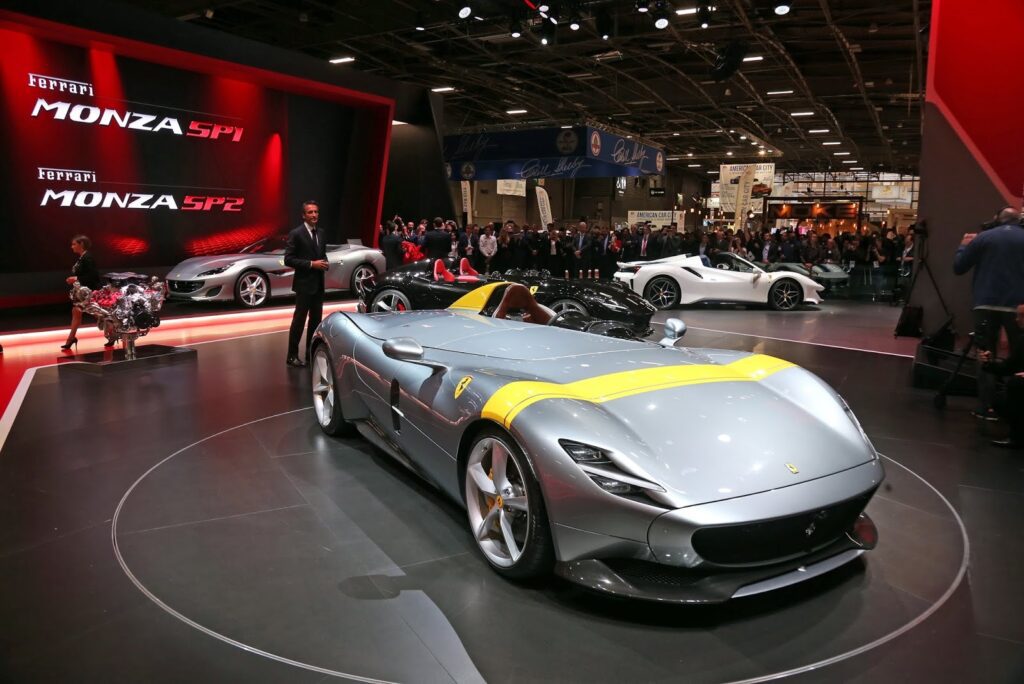 The interior architecture splits into three levels.  The first is delineated by the driver’s visual horizon. The driver’s body is entirely encapsulated by the car apart from their head which juts out over the horizon line, as in racing cars, thus reducing visual distractions of all kinds. The second level comprises the instrumentation, steering wheel and air vents. Lastly, the spare cockpit embraces, at armrest level, the rest of the commands which are clustered on a single very simple surface completely devoid of any stylistic virtuosity. The carbon-fibre single-piece seat is upholstered in leather and has an exquisitely tailored look.

The model is perfectly balanced with no roll whatsoever for pure, uncompromising sports-car handling. The 21” forged rims have bigger tyres – 275/30 at the front and 315/30 at the rear – and the suspension set up is slightly stiffer to improve agility and response.

An extended seven-year maintenance programme is available across the entire range, covering all regular maintenance for the first seven years of the car’s life.