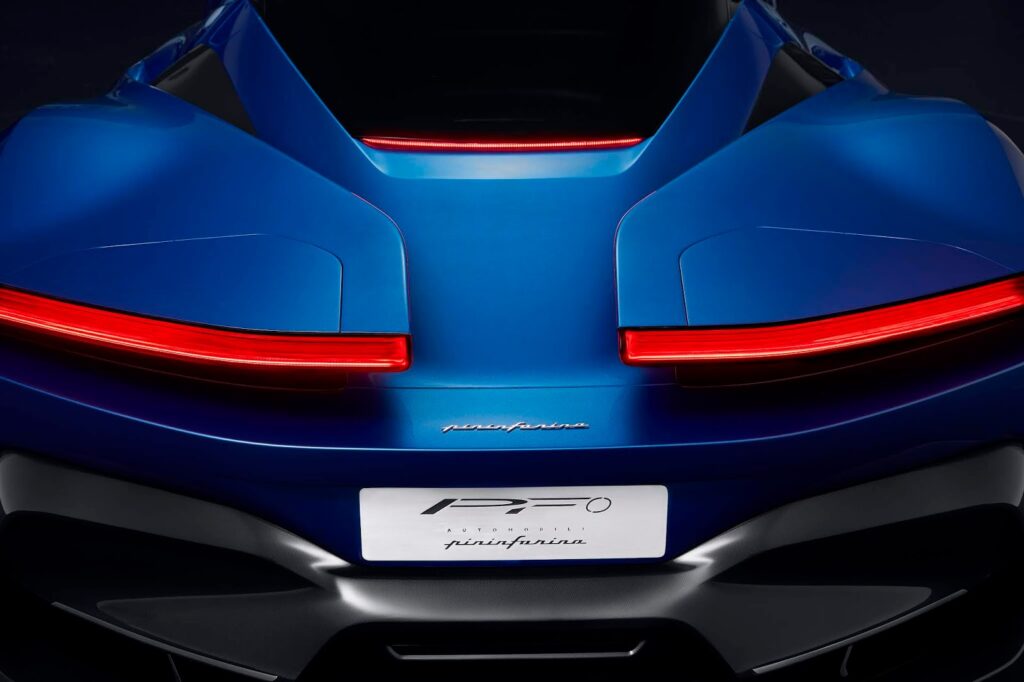 Monterey/Munich: Automobili Pininfarina has released the first official image of the PF0 electric hypercar concept model following a positive programme of private viewings in Pebble Beach during the Monterey Car Week in California, between 23-26 August 2018.

The PF0 concept model will now have a series of preview events in European and Middle East.

The six-week US launch programme for PF0 kickstarted Automobili Pininfarina’s long-term business plans for luxury car retailers and customers. The concept model was previewed for invited guests in Pebble Beach, introducing the vehicle to the US market, which has historically shown strong demand for electric cars, performance cars and Pininfarina-styled cars.

The response to the design was encouraging and highlighted how the PF0 successfully balances overall design purity and elegance with innovative functional treatment of aerodynamic surfaces and structures. Guests at Pebble Beach are classic and performance car aficionados and it seems they weren’t disappointed.

Six months before the final PF0 design and name are revealed at the Geneva Auto Show in March 2019, the Pebble Beach feedback is a fair indication that demand will outstrip supply for what will be the first production road car designed, produced and branded Pininfarina.

The PF0 is based on classic Pininfarina principles – to combine elegance and beauty with functional design that defines a new product vision. From 2020 the world will see the emergence of luxury electric hypercars that set new standards for performance and visual drama. Cars that are dreamt about, but not yet seen on the road.