From an Indian context, sixteen may seem rather young for a solo European sojourn. More so if you are headed to the liberal, uninhibited, trippy Dutch capital city. Because for someone on the cusp of adulthood, Europe’s city of sin can be a wonderland of sorts, when it comes to lessons in vices and virtues.

But I’m glad that I took my first solo trip to Amsterdam at sixteen. Thankfully, there was none of the awkwardness of age, nor any anxiety or exploding euphoria of being thrown into an unaccompanied adult world. What was in abundance was curiosity. And in my mind, I was prepped and ready for whatever the city would throw at me. 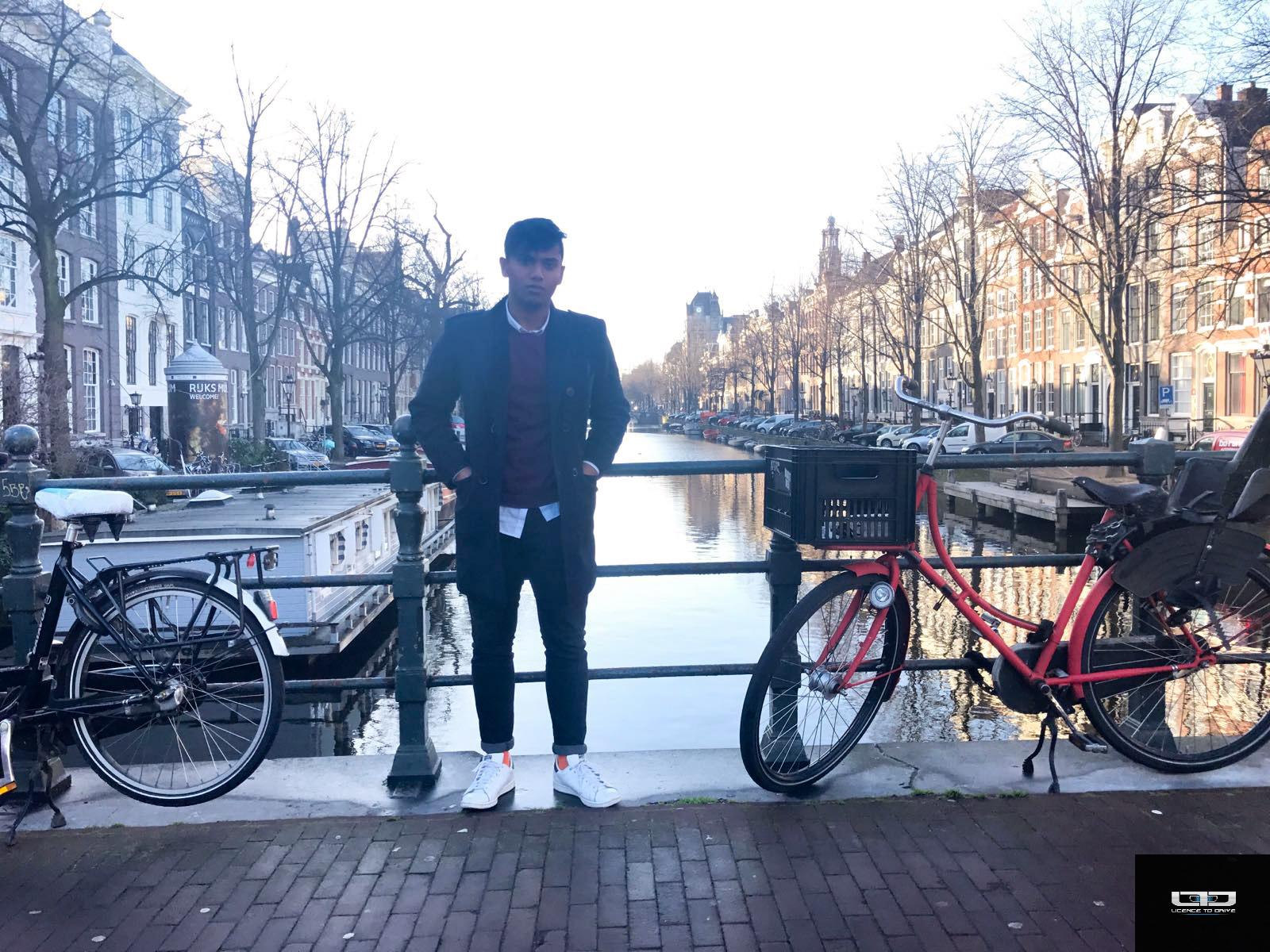 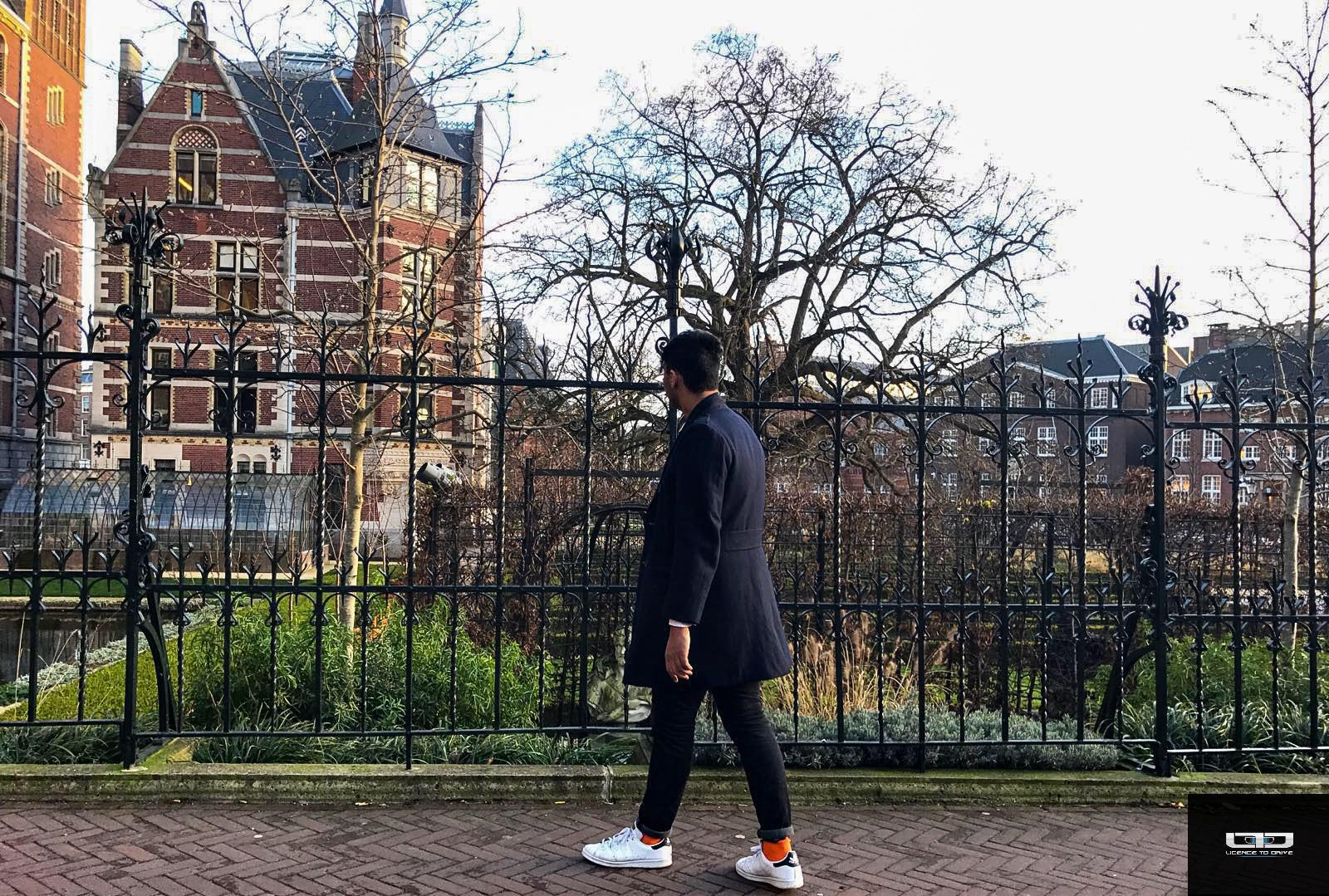 Canals & bicycles are lifelines of Amsterdam 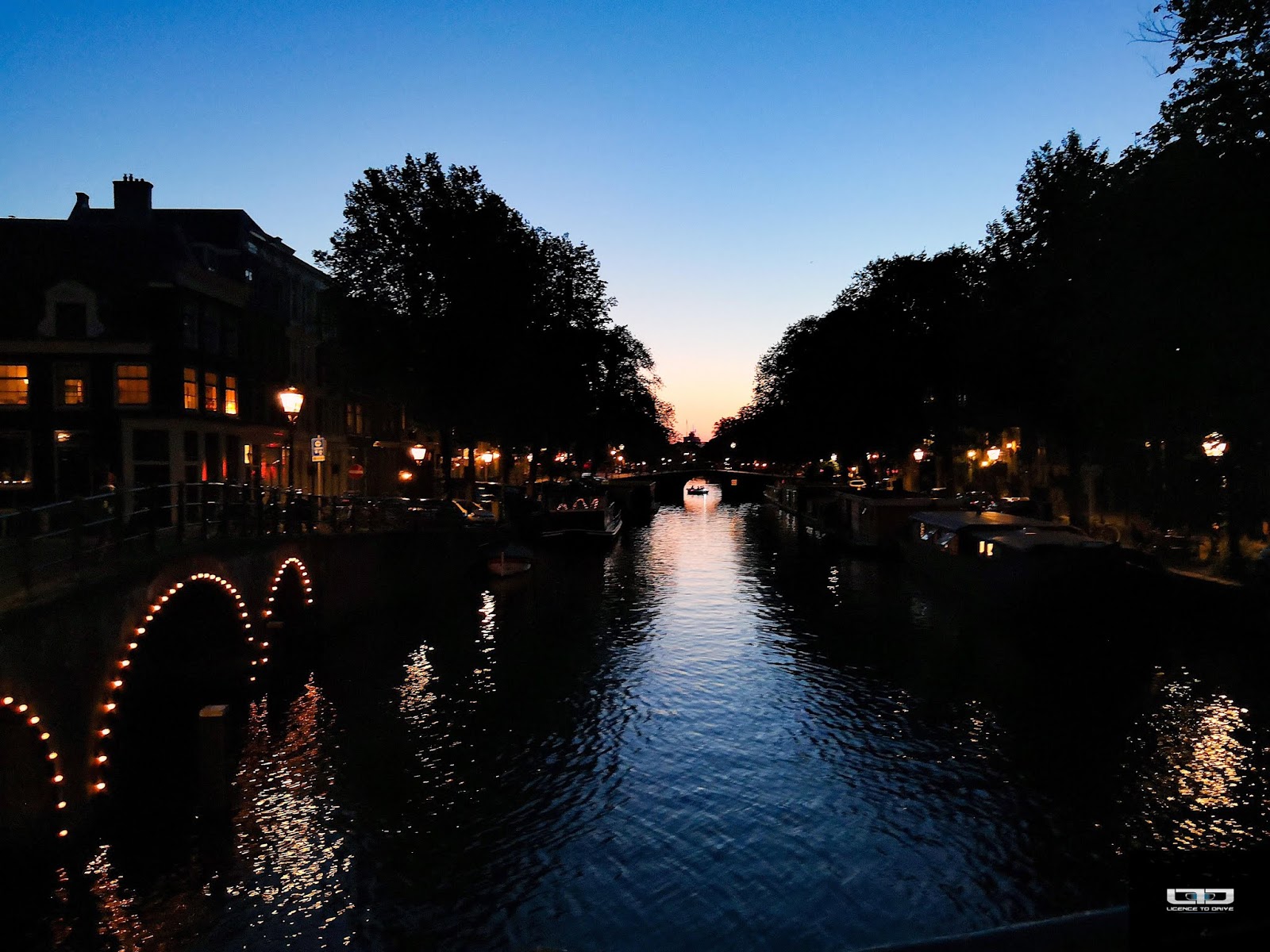 Having no set itinerary meant there were immense possibilities of doing the city in a non-touristy way, just like the locals. I have always enjoyed the idea of experiencing a new city through the perspective of its residents, and the first step in that direction was to be as flexible as possible while tripping.

The Dutch way of life is quite fascinating. Fuss free, open and practical in matters both personal and professional, they are possibly the most progressive community on the planet. And if you share the same worldview, you could blend in effortlessly. Even a short visit to Amsterdam gives you a taste of the city’s personality. Thankfully, I had ample time at hand.

At first sight, the energy and atmospherics of the city can be overwhelming. Stepping off the train at Centraal and walking along Damrak Avenue to reach the City Centre for the first time, I audibly exclaimed to myself, “this place is amazing”. An old lady walking in front turned around, smiled and said “I agree. This place is absolutely amazing”. We got talking and I realised she was a resident for nearly 20 years; but still saw the city with rose-tinted glasses. Rarely would any other place evoke the same sense of awe from a sixteen year old visitor and a sixty-five year old resident, I wondered. 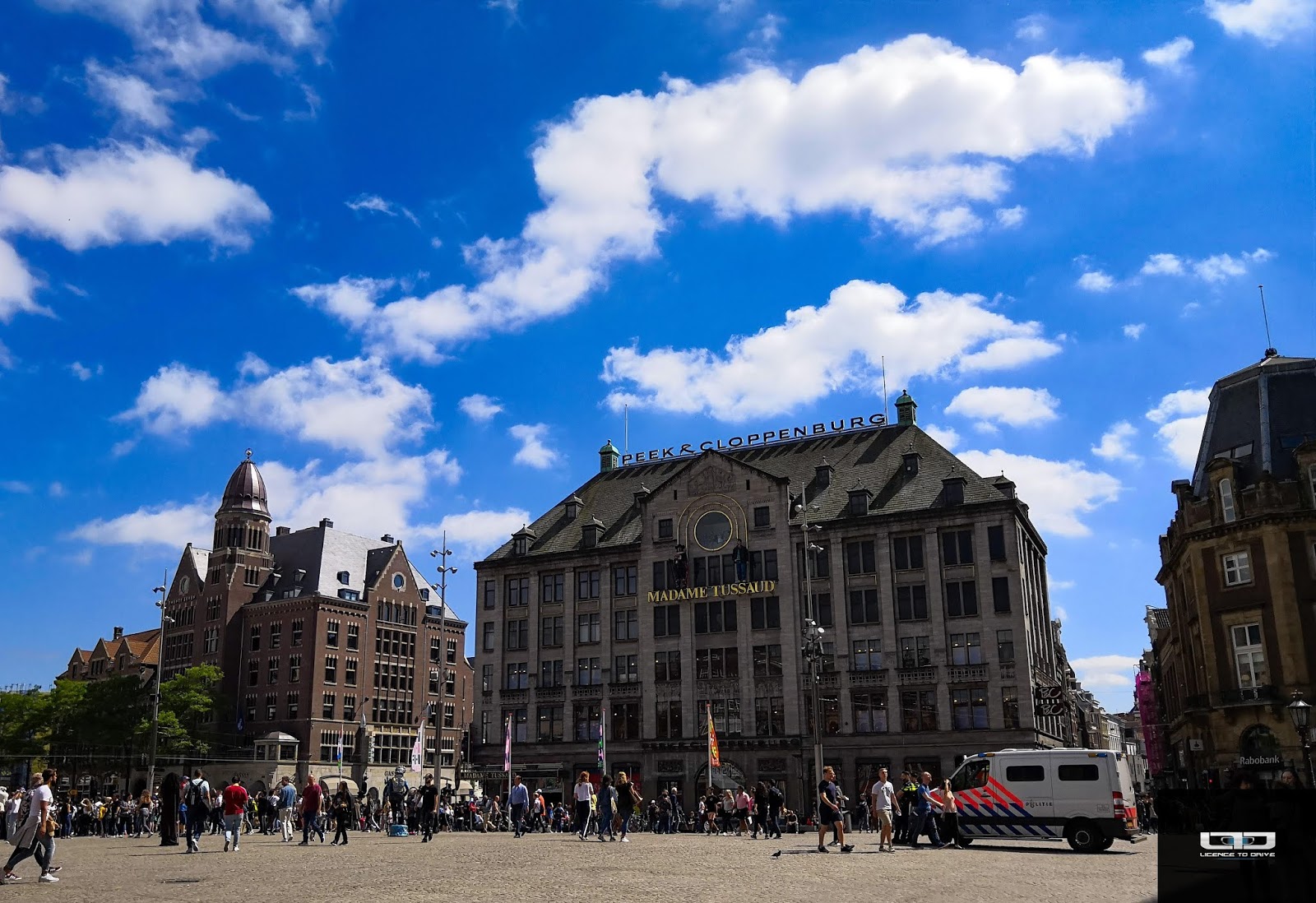 But that’s the thing about Amsterdam. It thrives on love and social inclusiveness. This glowing example of the Dutch attitude to life has the ability to embrace what many parts of the world consider ‘cultural imperfections’. And it makes a virtue of it.

For young people who flock here from around the world, it is pretty much the ‘it’ place to be. From trendy hostels to a pulsating night life, music gigs, pub crawls and a cannabis-friendly environment, the city is designed to foster social interactions and pushes the limits when it comes to cultural co-existence. And it is this confluence that gives the city a remarkable character and vibe, which even the locals love to love.

Strangers bond effortlessly. You just need a few common interests. While the historic sites, museums, art & design districts could keep you busy through the day, the hip neighbourhoods and night spots bring the city alive after dark. And that’s where the bonding really happens. On a big Champions League final night between Real Madrid and Atletico Madrid, a friend took me to the wildly popular Euro Pub to watch the match on the big screen. We were rooting for Real and cried with joy as our team won. After a lot of hugs with strangers, we suddenly realised that the last train to Den Haag (a suburb where we were to spend the night) was just minutes away. As we dashed through the streets, a couple cycling in the middle of the night asked us who won. They were fellow Real supporters. Naturally, a few more hugs and high fives were in order, before we resumed our sprint to the train station.

On any given day, Amsterdam is simply fascinating to watch from the sidelines without an agenda. People spotting under the sun at a street side cafe or cycling across the maze of canals with a sharp eye on discovering hidden experiences could be productive ways to get under the skin of the city. There is always something unique lurking around the corner. Two of my favourite discoveries were Bunkerbier, a micro brewery located in an underground bomb shelter from the war era, and a prison cell under Torensluisbrug bridge that is now a venue for cool exhibitions, films & concerts. The city thrives on such quirks.

My host for much of my stay in the city lived in a beautifully appointed 17th-century town house on Keizersgracht with his male partner of many years. Living with him meant that I was minutes away from Dam Square, putting me in the thick of all the action. A shining beacon of the Dutch way of life and an authority in the Dutch design scene, Peter was eclectic in his choices. Conversations ranged from history, urban arts, architecture, football, gay rights, regulated prostitution and everything in between. His description of Amsterdam as “a unique city where tangible history melts with urban flair” was near perfect. “Where elements of historic significance co-exist with a contemporary, artistic and design-centric liberal lifestyle”, he added, as I nodded in agreement.

Hoping to figure out an itinerary and discover what Amsterdam is really like, I asked Peter for suggestions. He had only one place to recommend. De Wallen. Now, a visit to the famed Red Light District wasn’t really on top of my mind, but he insisted. The Dutch don’t consider prostitution as a taboo, and his forthrightness and candour was refreshing. 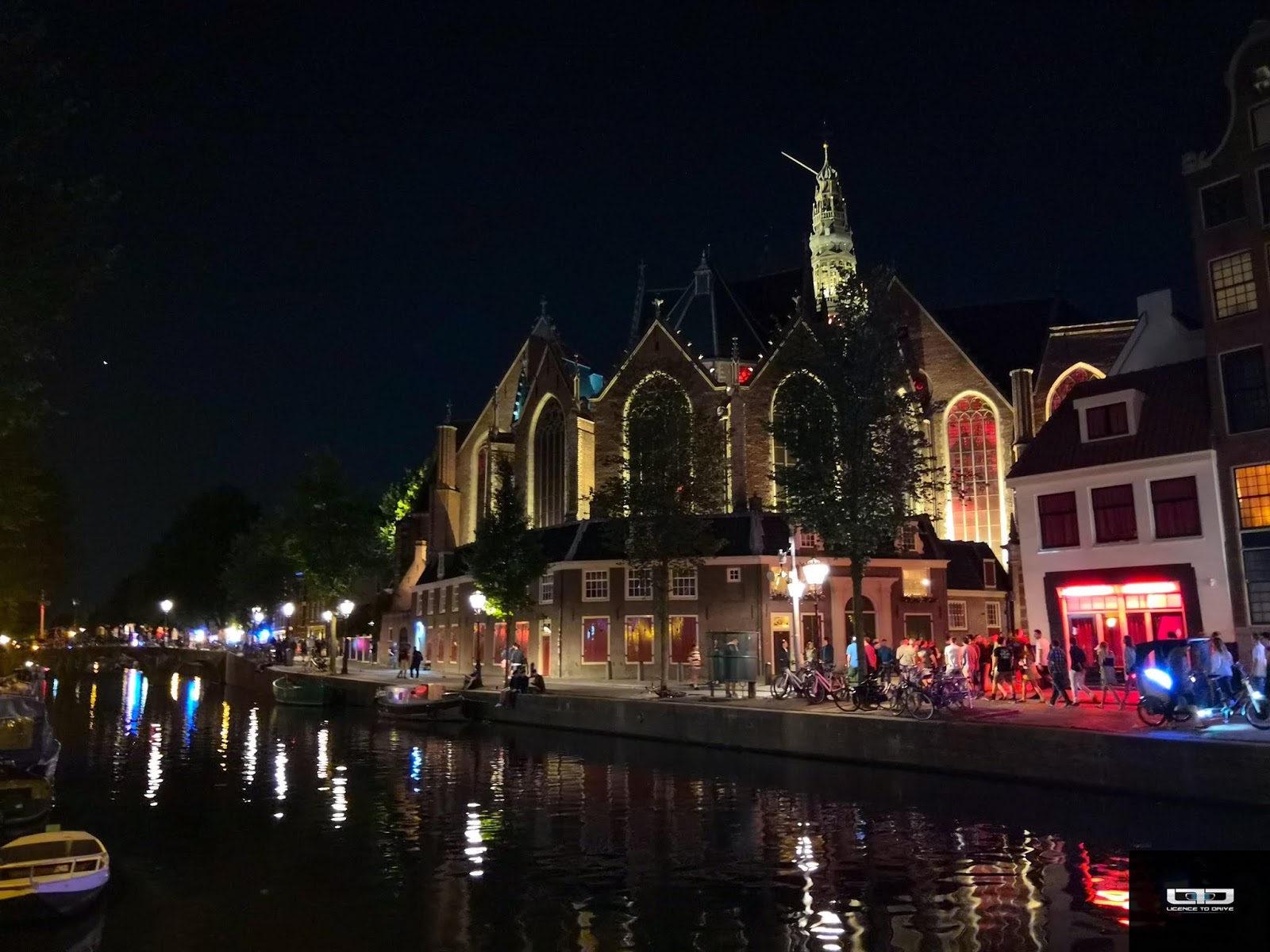 De Wallen is actually a beautiful, historic neighbourhood just a short walk from Amsterdam Centraal, and closer to the harbour. For obvious reasons, it is a huge tourist attraction. Prostitution here is a perfectly legal job like any other. Sex workers have rights, pay their taxes and in a worst case scenario, are even entitled for unemployment benefits. They contribute to the tourism economy and also help build awareness on issues like human trafficking, health and entrepreneurship through workshops within the community.

The walk through the crowded and cobbled streets of De Wallen at night can be a surreal experience. The lights above the windows cover the pavement in a red haze, and the reflection in the canals add to the effect. It feels like a psychedelic dream. The buildings here are some of the oldest and date back to the 14th century. Streets are lined with ‘coffee shops’ that sell legal marijuana not coffee, vintage curio shops, sex shops, and there is a cannabis museum too. Windows are occupied by women who go about their business of soliciting and they are strictly not to be photographed. Strangely, the atmospherics are not seedy or kinky. There is a certain sense of honesty in purpose, and you tend to go with the flow without being judgemental. The freedom that one is empowered with here is not indulgent. Rather, it is a responsibility bestowed upon everyone who visits.

Unhappy with the thought of leaving the city behind, a few of us friends made a brief stop over at a bar near Dam Square a night before returning. A Dutch man on another table picked up the threads of our conversation and said, “Amsterdam gives you the freedom to be who you want to be, which helps you understand who you really are”. I didn’t think much of it then, but after a few more visits to the city, I couldn’t help but recall his words. Now as I walked through familiar territory, surefooted, breathing in the sights and smells of the city, memories came rushing back. After all, this was the city that had injected the essence of Dutch life in the adult who now stood on its streets. The freedom, the experiences, the responsibility to grow with pride and without prejudice. To let go of taboos and myths, and just ‘live and let live’ in a world that is increasingly losing a grip on the basic tenets of humanism. These were just a few of the community’s ideals that imbibed a sentiment of tolerance and openness in me. The feeling has stayed intact ever since; for which I shall forever be grateful to Amsterdam. 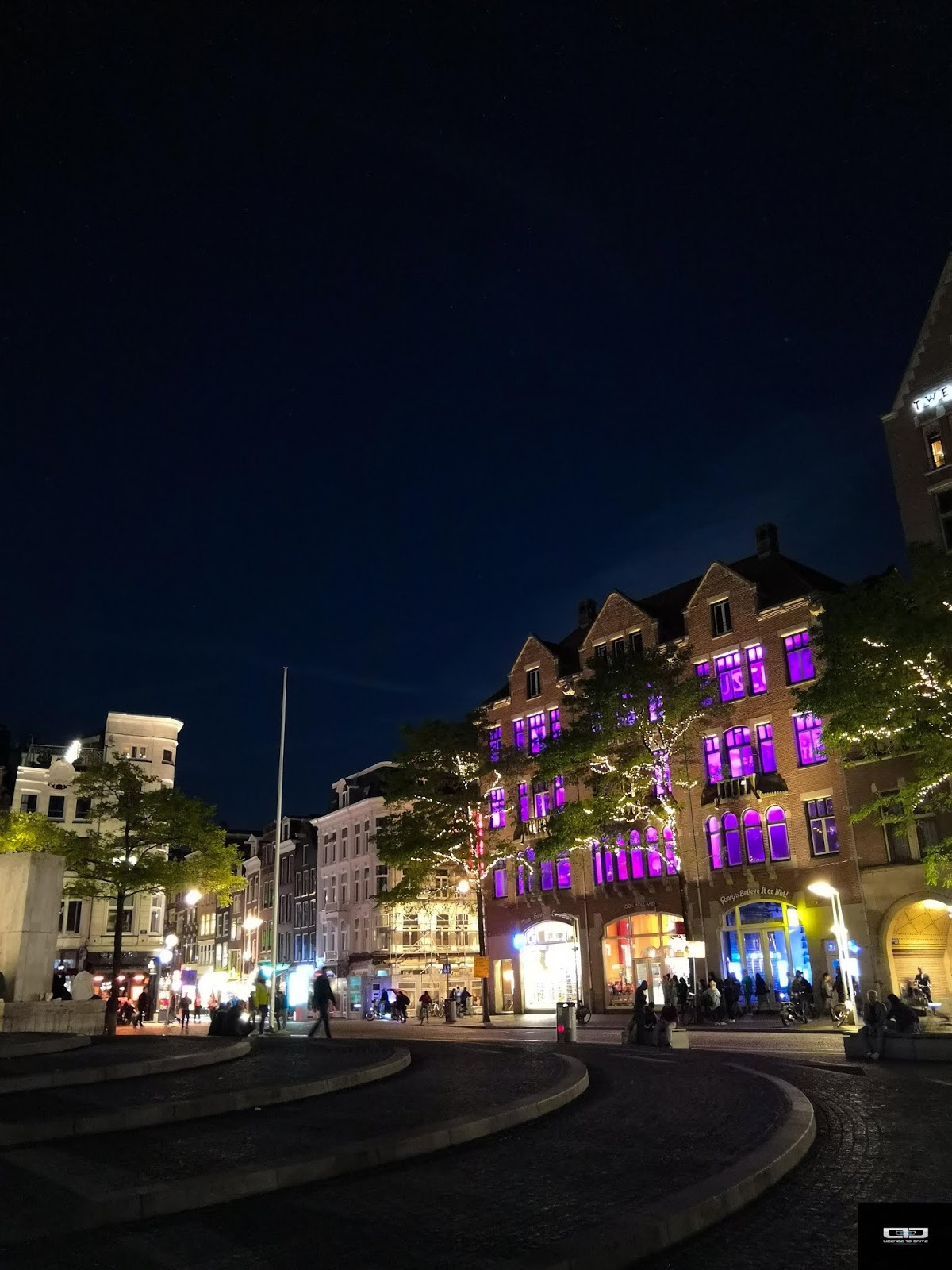 This summer when I was in the city as a part of an academic program, I visited the Prostitution Information Centre (PIC) in Amsterdam. We interacted with a former sex worker, who took us through a factual and insightful conversation around the hazards of the job and how the Dutch authorities and workers together make it a point to address them in a public, direct and transparent manner. From rights, responsibilities, better work conditions, safety and everything in between, the effort is to ensure dignity and respect for the profession. It was an experience that will remain with me for a long while.

For a young generation that is still finding itself, a solo visit to the city can be character defining. As a teenager I experienced freedom and responsibility in equal measure in Amsterdam. And with each visit my sense of connect with the city has only grown stronger. There are several life lessons out there if you are curious to seek.

They say, travel is liberating. But for me, being in Amsterdam is chicken soup for the soul. It is a city that has proved to be a home away from home, and one that I go back to often for a comforting feel that is hard to describe. It has given me an early perspective about individuality, cultural co-existence and social solidarity that would have otherwise taken a lifetime to learn. Strange how travel can help you find yourself, isn’t it?

Raghav Sarma, Founder, Licence to Drive is an avid traveler, culture spotter, and Gen Z tracker.
Connect with him on Twitter at: @raghav_sarma