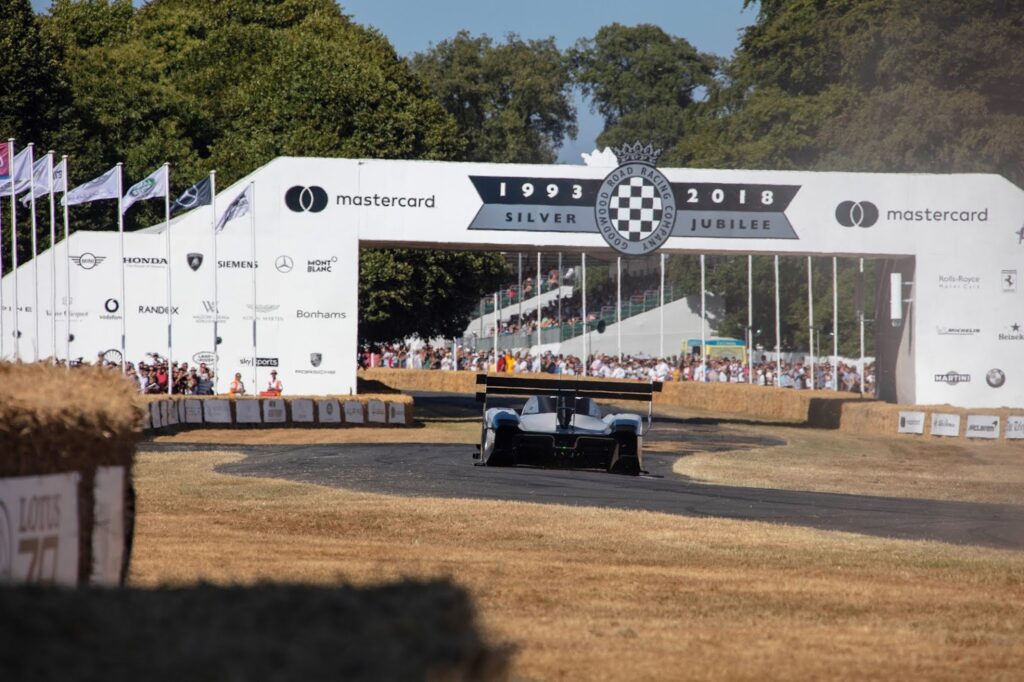 Following his record-breaking exploits at the legendary Pikes Peak International Hill Climb three weeks ago, Dumas beat the previous fastest time for electric cars on the Goodwood Hillclimb, which has stood since 2013, by 3.48 seconds. The all-time record still belongs to Nick Heidfeld. The former Formula 1 driver completed the 1.86 km route in 41.6 seconds at the wheel of a McLaren-Mercedes MP4/13 Formula 1 car in 1999.

More than 200,000 people visited the Goodwood Festival of Speed from 12 to 15 July, as the event in the south of England celebrated its 25th anniversary. The homage to motorsport on the Duke of Richmond’s estate is the largest event of its type in the world. This year’s starter list was a who’s who of motorsport. Dumas in the 500-kW (680-PS) I.D. R Pikes Peak was joined at Goodwood by Hans-Joachim “Strietzel” Stuck and Jochi Kleint in the 480-kW (652-PS) 1987 Volkswagen Golf 2 Bi-Motor Pikes Peak. Other big names in action included Giacomo Agostini, Derek Bell, Emerson Fittipaldi, Mika Häkkinen, Tom Kristensen, Nick Mason, Sébastien Ogier, Richard Petty, Walter Röhrl and Sir Jackie Stewart.