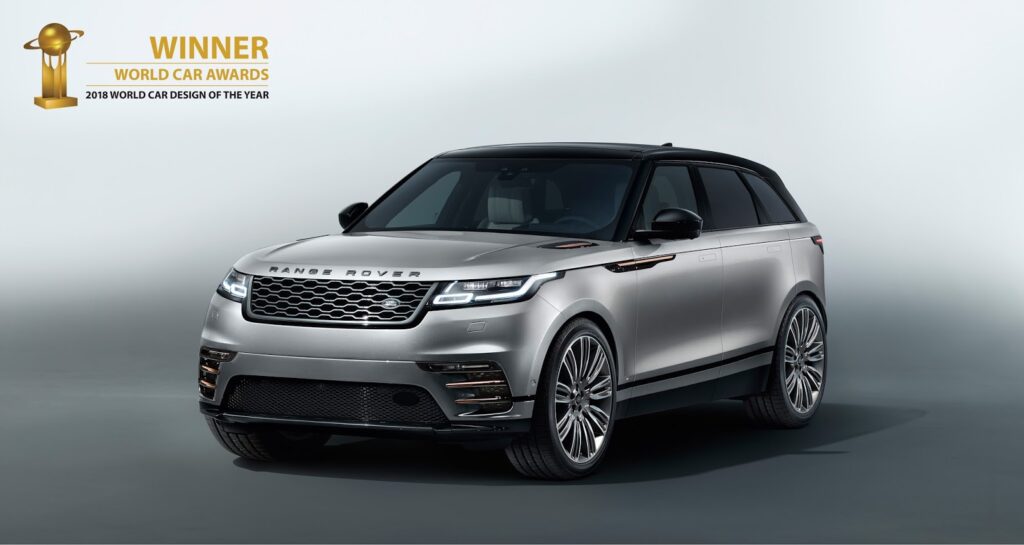 New York: The World Car Design of the Year title stays within the Jaguar Land Rover family for another year. After the Jaguar F-Pace last year, it is the Range Rover Velar which has been adjudged the most beautifully designed vehicle in the world, at the 2018 World Car Awards.

Velar offers a unique combination of design excellence and engineering integrity and its elegant and modern design language is based on the foundation of ‘less is more’. With the F-TYPE, Evoque, F-PACE and now the Range Rover Velar winning the World Car of the Year design award, it has been a remarkable period of dominance for the design team at JLR.

Gerry McGovern, Chief Design Officer, Land Rover, said: “The continued evolution of our design philosophy is driven by a relentless focus on creating highly desirable vehicles our customers will love for life. The Range Rover Velar brings a new dimension of modernity to the Range Rover family with an abundance of innovative technologies, all making this vehicle a joy to drive and be driven in.”

The luxury SUV had some strong contenders like the Volvo XC60 and Lexus LC 500 to take on, before the World Car Awards jury comprising 82 motoring journalists from 24 countries decided in its favour.

Velar’s success follows the 2017 double win for the Jaguar F-PACE. Launched last year and named after the codename for the original concept Range Rovers of the late 1960s, the Velar fills the space between the Range Rover Evoque and Range Rover Sport.

Designed, engineered and manufactured in the UK, the Velar delivers practicality, connectivity and legendary Range Rover capabilities, combined with the latest technology and inclusion of sustainable materials. It is available in three powertrain options in India, and prices start at INR 78.83 lacs (ex-showroom India).