Solihull, UK, 23 November 2017: The Duke and Duchess of Cambridge took a tour of the Solihull manufacturing plant of Jaguar Land Rover, and witnessed first-hand the £2.5 bn invested in the site, which has seen production and employment more than double since 2008.

During the tour with Dr. Ralf Speth, CEO Jaguar Land Rover,  both the Duke and Duchess watched the final checks on the Jaguar F-PACE and Range Rover Velar at the assembly line and got a glimpse of JLR’s electric future in the form of the Jaguar I-PACE Concept and Range Rover P400e (Plug-in Hybrid Electric Vehicle). Both models are part of the company’s commitment to be fully electrified from 2020 onwards. 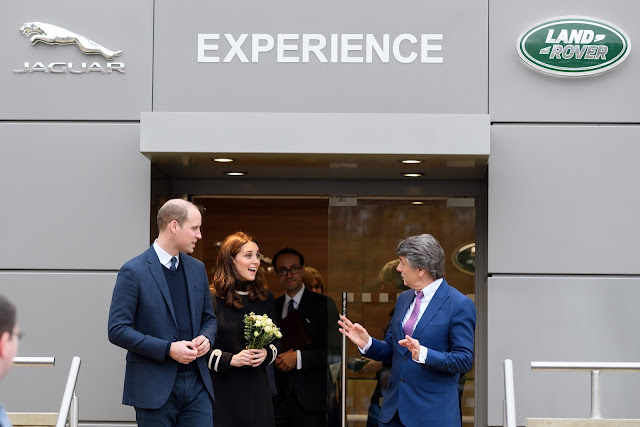 The company also took the opportunity to celebrate setting a new record for volunteering with more than 10,000 employees dedicating 120,000 hours to help worthwhile causes during their working hours. Twenty JLR volunteers met with The Duke and Duchess and explained how their skills had been used to support social, environmental and educational causes. The Duchess also met five children from Topcliffe Primary School in Birmingham who are the reigning champions of the Jaguar Primary Schools Challenge; a core education programme in which children are tasked to research, design, manufacture, test, promote and race the fastest car possible, driven by compact compressed air. 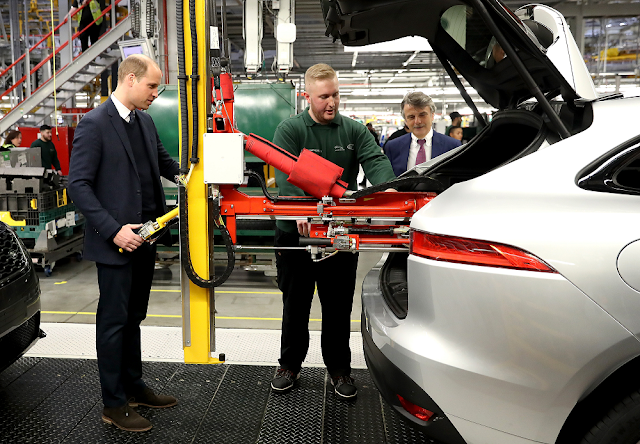 During the visit Jaguar Land Rover also furthered its commitment to emergency and disaster relief through a partnership with Mountain Rescue England and Wales. A team of mountain rescue volunteers were at Jaguar Land Rover’s flagship manufacturing plant to familiarise themselves with the new Discovery, which will join its existing fleet of lifesaving vehicles. The handover was witnessed by The Duke, who is Patron of the charity and The Duchess, both of whom went on to drive the Land Rover Experience off-road course.