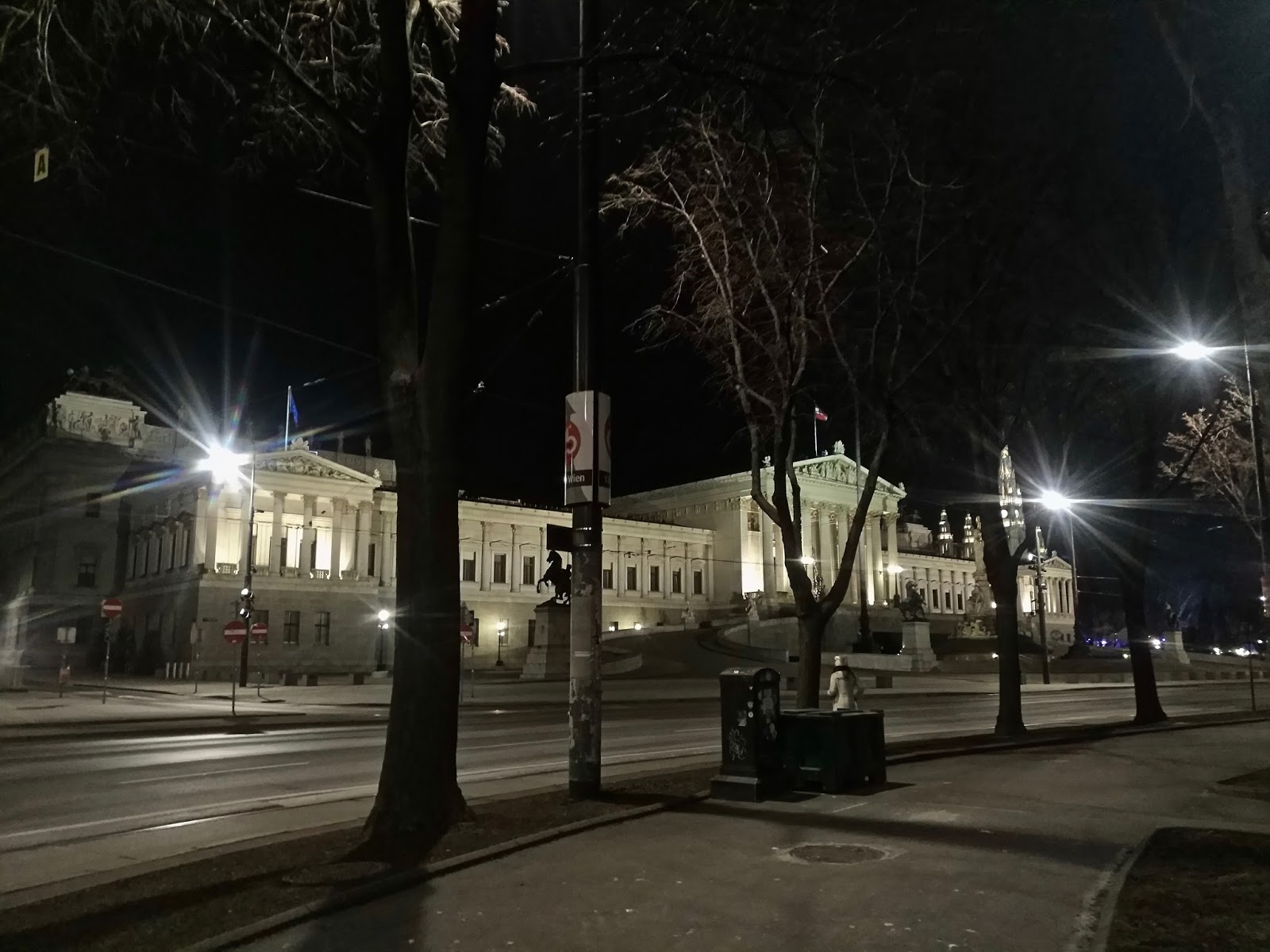 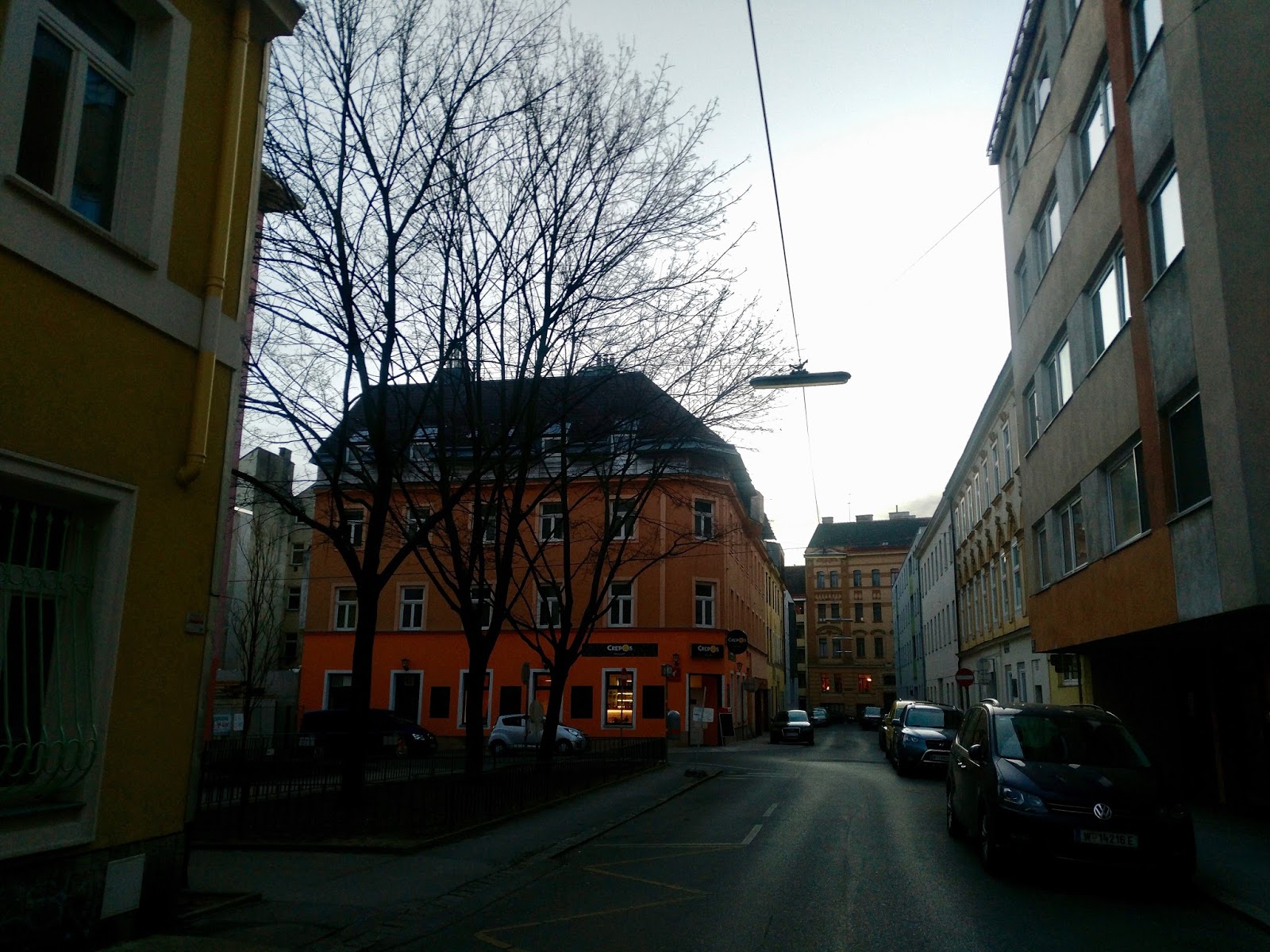 Robert-Hamerling-Gasse leading to the city centre

To say that Vienna is a city with a rich history would be an understatement. As the capital of the Holy Roman Empire for centuries, it has always been at the centre of Europe, both politically and culturally. Some of the world’s greatest artistic & intellectual influences have originated from the Austrian capital, which today is also home to many important international organisations.

Vienna continues to be a shining example of what the world recognizes as ‘the European way of life’. That it is prosperous and wealthy, is evident the moment you set foot in the city. An air of aristocracy hangs heavy as you walk through the city; past the grand architecture and Baroque castles, and along the gardens, promenades and parks by the Danube. After all, this is the city of waltz, wine and wealth – a testament to the city’s long history of indulgence.

Vienna’s location makes it the bridge between Eastern and Western Europe, and its close proximity to other major cities that offer an alternate European experience makes it even more appealing. Combined with Bratislava, it forms a metropolitan region with about 3 million inhabitants; and the cities of Prague, Budapest and Krakow are just a 4-6 hour drive away.

Winters are freezing here and the city gets plenty of rain, hail storms and strong winds; while summer temperatures go up to around 30 degree celsius. Spring and autumn are relatively pleasant months but there are times when strong winds and a bout of unexpected rain can give you the chills.

The city has one of the smoothest public transport system in all of Europe and navigating through it is a breeze. If you are travelling solo and on a budget, I would recommend you stay in a hostel instead of checking into a conventional hotel. Preferably some place closer to the city centre. Hostels are extremely popular around Europe and the preferred choice of millennials, who like to bond with fellow travellers and get an inside drift of a new place.

I stayed at Hostel Ruthensteiner, which came highly recommended due to its proximity to the city centre and for its relaxed & cosy at-home vibe. And it didn’t disappoint. Located in an early 1800’s historic building, it had clean rooms with blazing fast 100 mb/s free wi-fi, a garden area with a grill, a bar & lounge where everyone would chill late into the night. The folks are super friendly and evenings here are all about music, food, games, conversations and camaraderie. Just the perfect setting that lets you effortlessly blend into a new place. 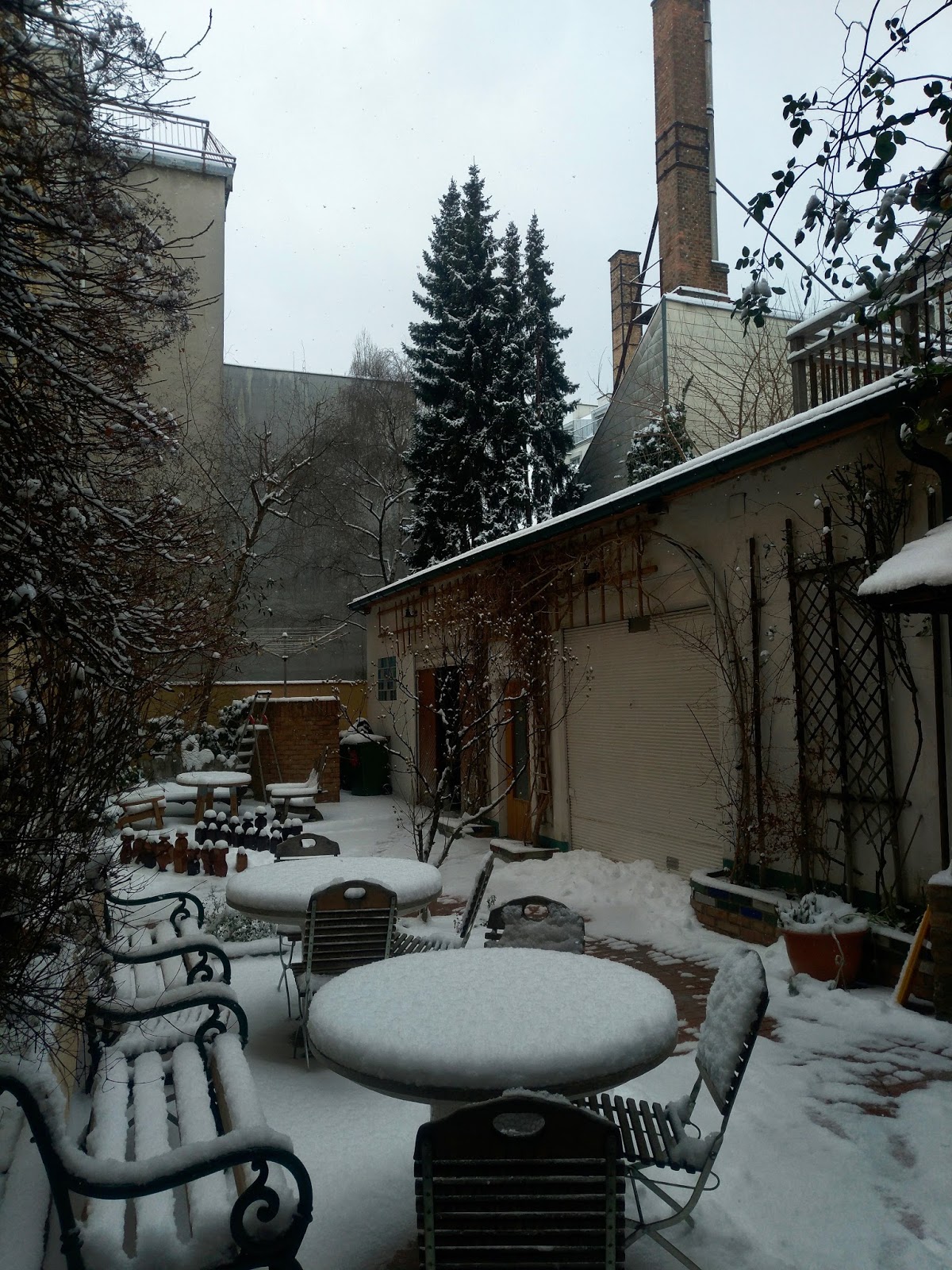 Sit out area at Hostel Ruthensteiner 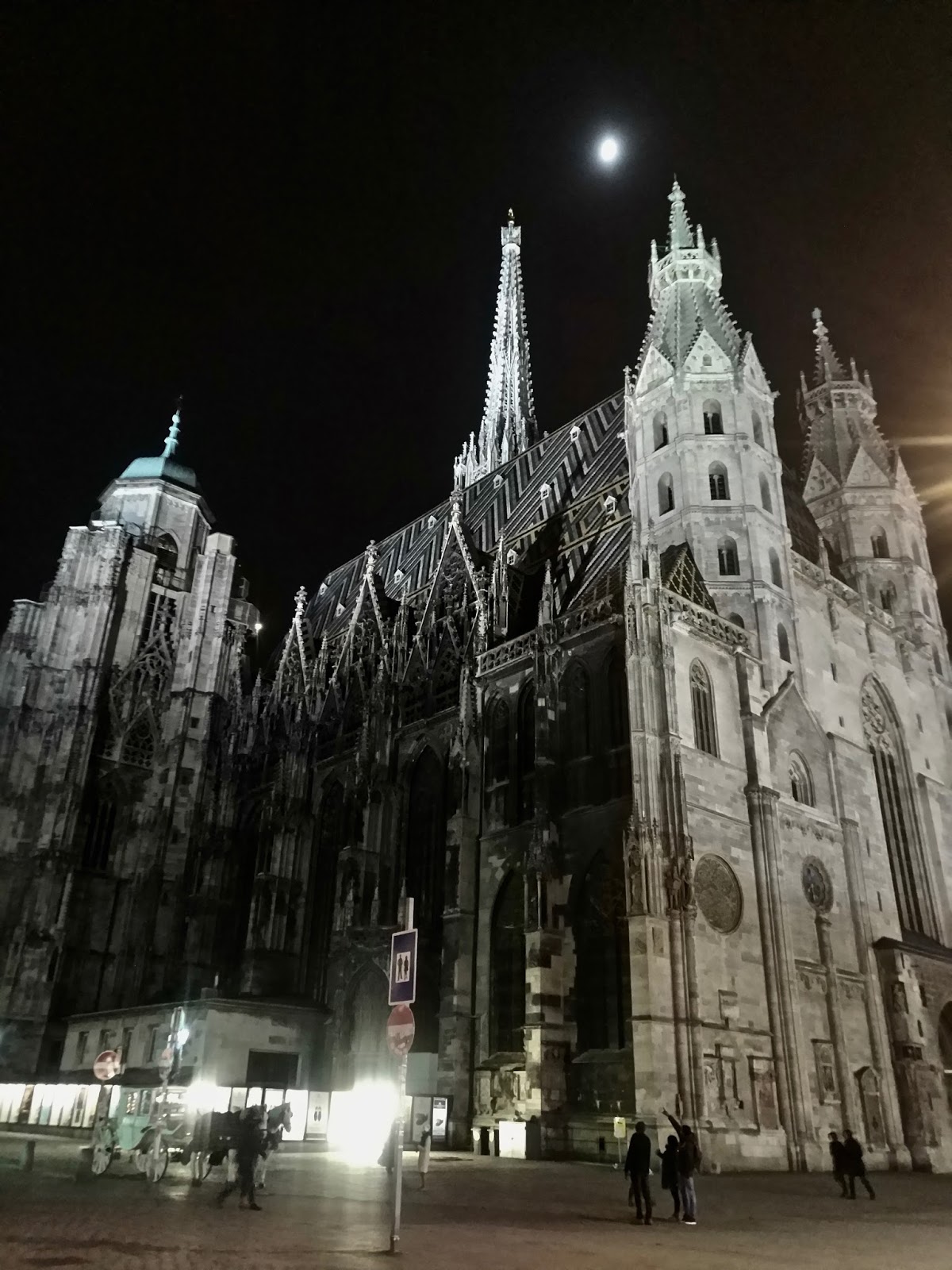 While you can spend days in Vienna soaking in its sights & sounds, here are a few things that you shouldn’t miss if you have a weekend to spare:

1. Schönbrunn Palace: This is the summer home of the Habsburgs, one of Austria’s most influential royal houses. Although it is quite a walk to get up to the palace, once there, the views are spectacular to say the least. Trek up one of the hills in the sprawling gardens for a view of the Palace and Vienna in the distance. 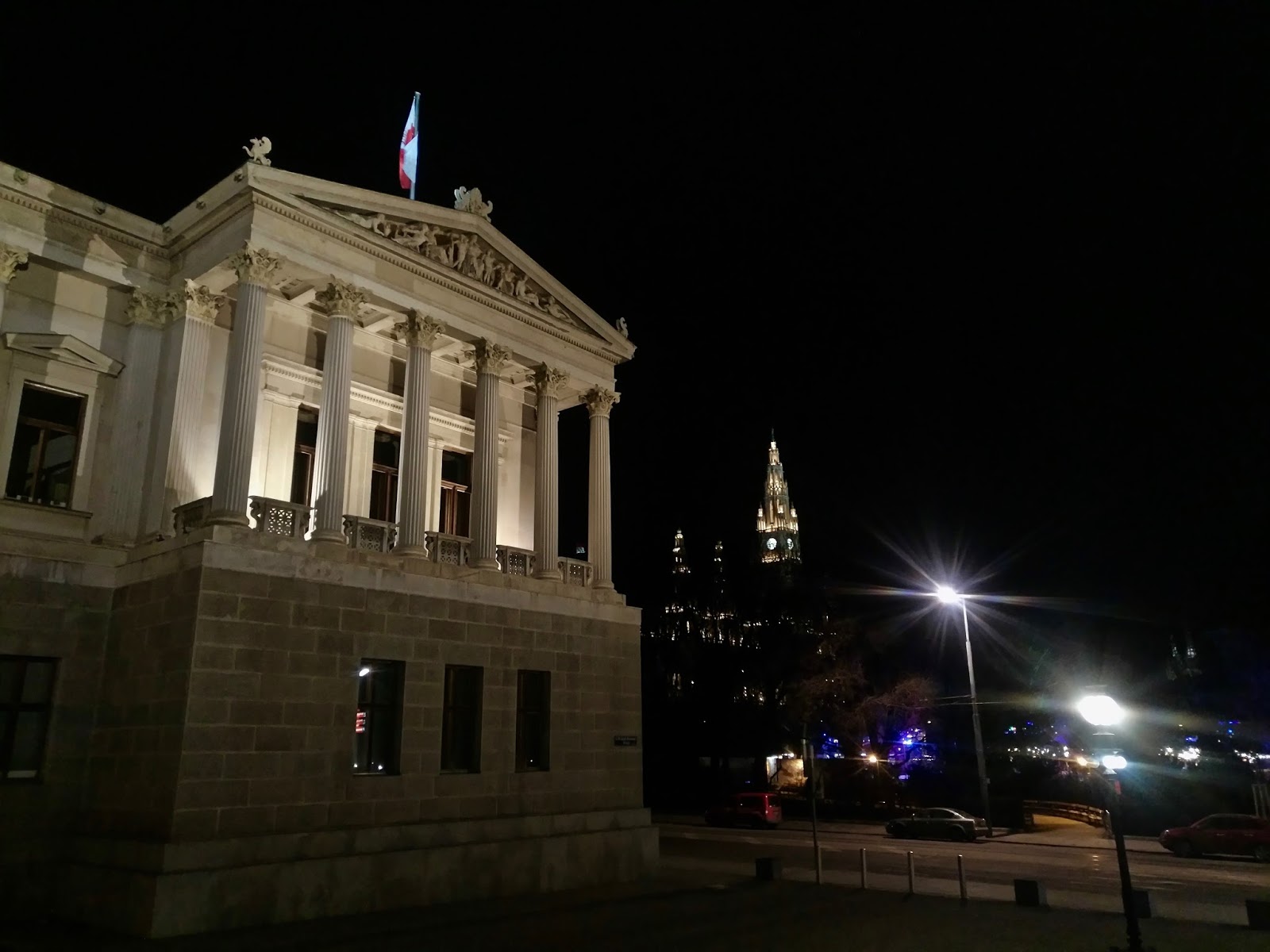 The Parliament Building with the Clock Tower in the backdrop

The Pallas Athena water fountain at the Parliament Building

2. Austrian Parliament Building: This is where the two houses of the Austrian Parliament go about their business. An architectural marvel, it was completed in 1883 and is one of the most visited tourist spots in Vienna. The area around the building has been classified as a UNESCO World Heritage Site. The Pallas Athena water fountain in front of the Parliament building is one of Vienna’s most famous spots, and a walk around the building at night is an experience that shouldn’t be missed. 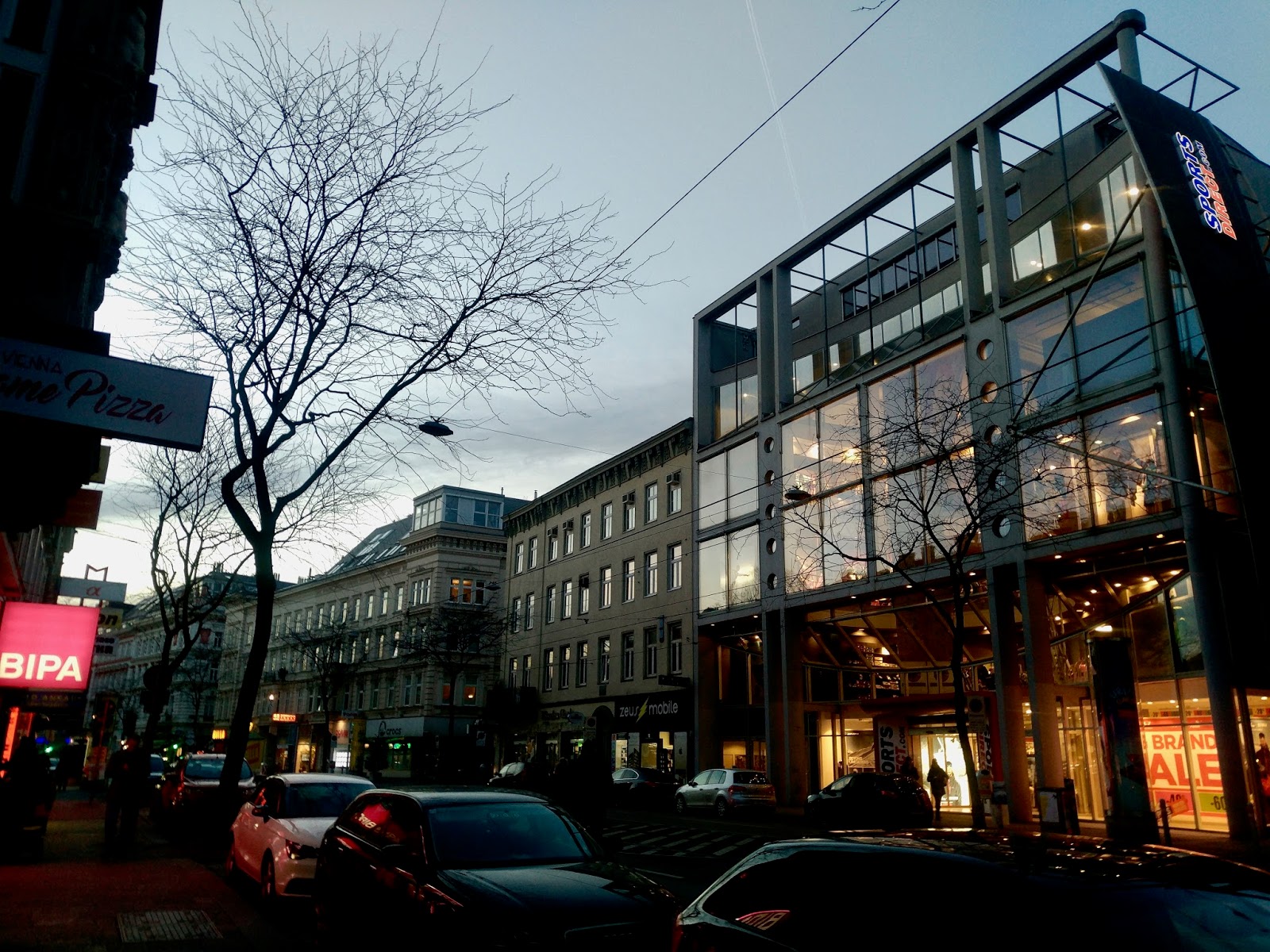 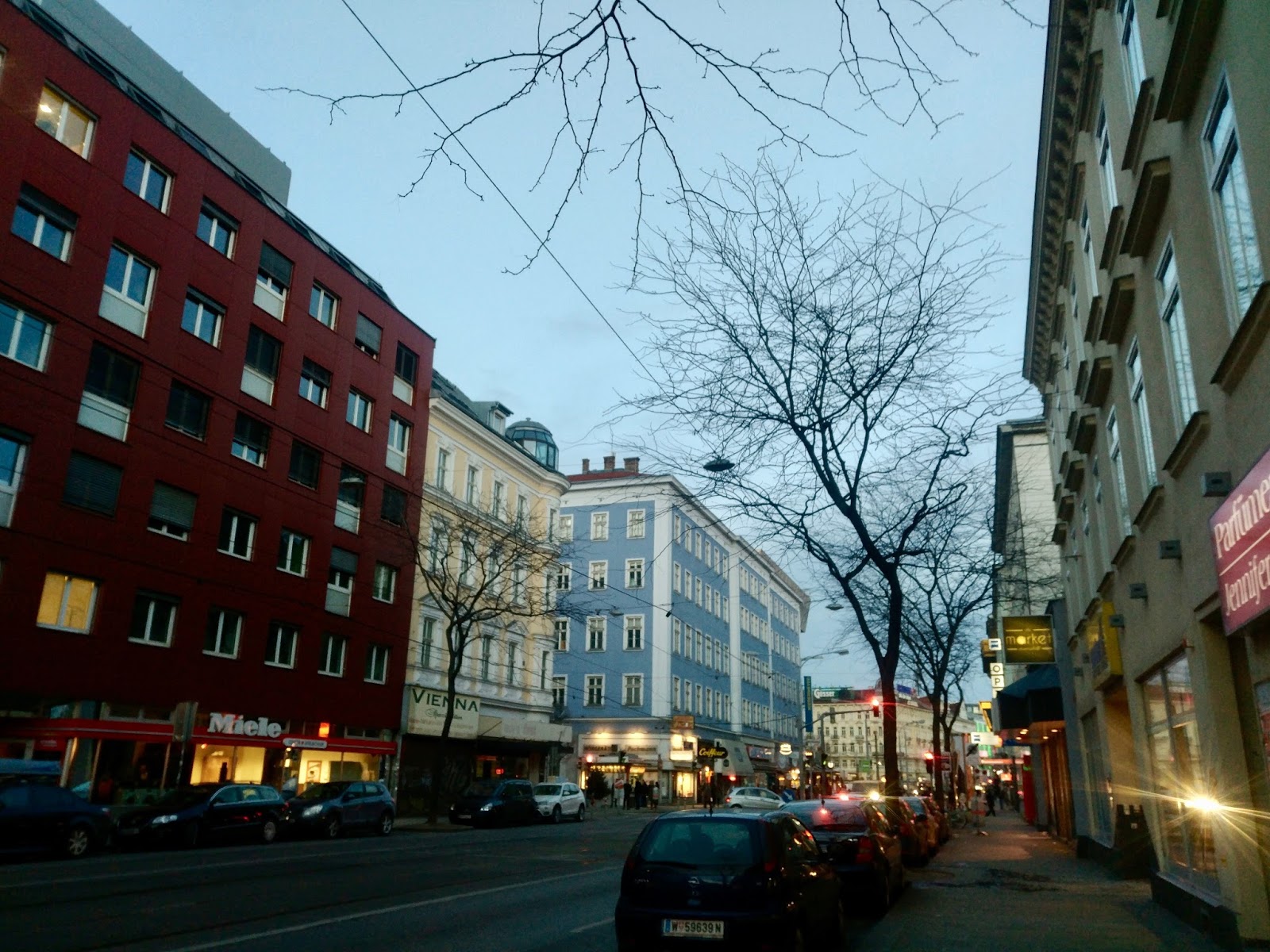 Much of Vienna’s architecture comprises of colourful apartment blocks

3. Vienna State Opera: Music is in the air in Vienna, as the city has been home to some of the world’s greatest musicians and composers. Think Mozart, Beethoven, Vivaldi, Strauss, Brahms, Haydn – the city has inspired more composers than any other in the world. Vienna even has its own version of Hollywood’s Walk of Fame, where the street is lined with the stars of great composers. While getting a ticket to the State Opera is a bit of work, it is something that should be on top of your list. If you are unable to secure a place at the State Opera for a performance, take the guided tour around the magnificent arena. There are also several other ways to experience the city’s excellent music culture – concert halls offer a range of options from classical to progressive sounds, music festivals here are a way of life, and for those looking for an immersive live experience, there are regular international jazz, pop and rock acts in the city.

4. The MuseumsQuartier: One of the world’s largest cultural complexes, it is built in an area of over 60,000 square meters. The complex contains both baroque as well as modern architectural styles. Housing several state-of-the-art museums, MuseumsQuartier is the art district of Vienna. One of the standout museums is the Leopold Museum, which features artworks by Viennese artists. Other museums include MUMOK, the city’s museum for modern art, and Kunsthalle Wien, a centre for contemporary art.

6. Spend an afternoon at Demel: One of the city’s most storied cafes, Demel is a perfect example of Vienna’s indulgent tendencies. A picture of grace and aristocracy since 1786, it is situated in the central Innere Stadt district and serves some of the best cream cakes, strudels and tea scones you can find in the whole world. Demel should be the go to spot for all your sweet cravings, where you could indulge yourself after a long day of sight seeing and shopping.

7. Savour traditional viennese cuisine: A visit to Vienna cannot be complete without a few servings of the city’s famous schnitzel, a meat dish prepared in a batter of flour, eggs and breadcrumbs. You can find schnitzels almost anywhere, but a good idea would be to go to some of the city’s more authentic establishments. Restaurant Pürstner, a third generation, turn of the century eatery comes highly recommended for its schnitzel preparation. Viennese cuisine is meat centric in general, and some of the other traditional dishes worth a try are Selchfleisch (spiced & smoked meat) and Tafelspitz (beef broth).

8. Walk around Ringstrasse: Not many cities can boast of a ring road that can pass off as a piece of art, but Vienna’s Ringstrasse is one of the most beautiful places in the whole city. Built over 150 years ago, the Ringstrasse is still as enchanting as it was all those years ago, and today it makes for one of the most peaceful and scenic walks around Vienna. Head out to this part of town for a late night stroll, and be prepared to be mesmerised by the fairytale-like feel of it all.

9. Experience Vienna’s nightlife: Vienna offers an extravagant nightlife which is varied in its appeal, so you are sure to find something that suits your fancy. If jazz is your thing, head to the Leopold Cafe inside Leopold Museum. Other local favourites include Clubschiff and Pratersauna. However if it’s something grungy and authentic you are after, try going to an old subway station. Many of these have been converted to thriving centres of the city’s nightlife. Fluc, next to the Praterstern station is one such great option. 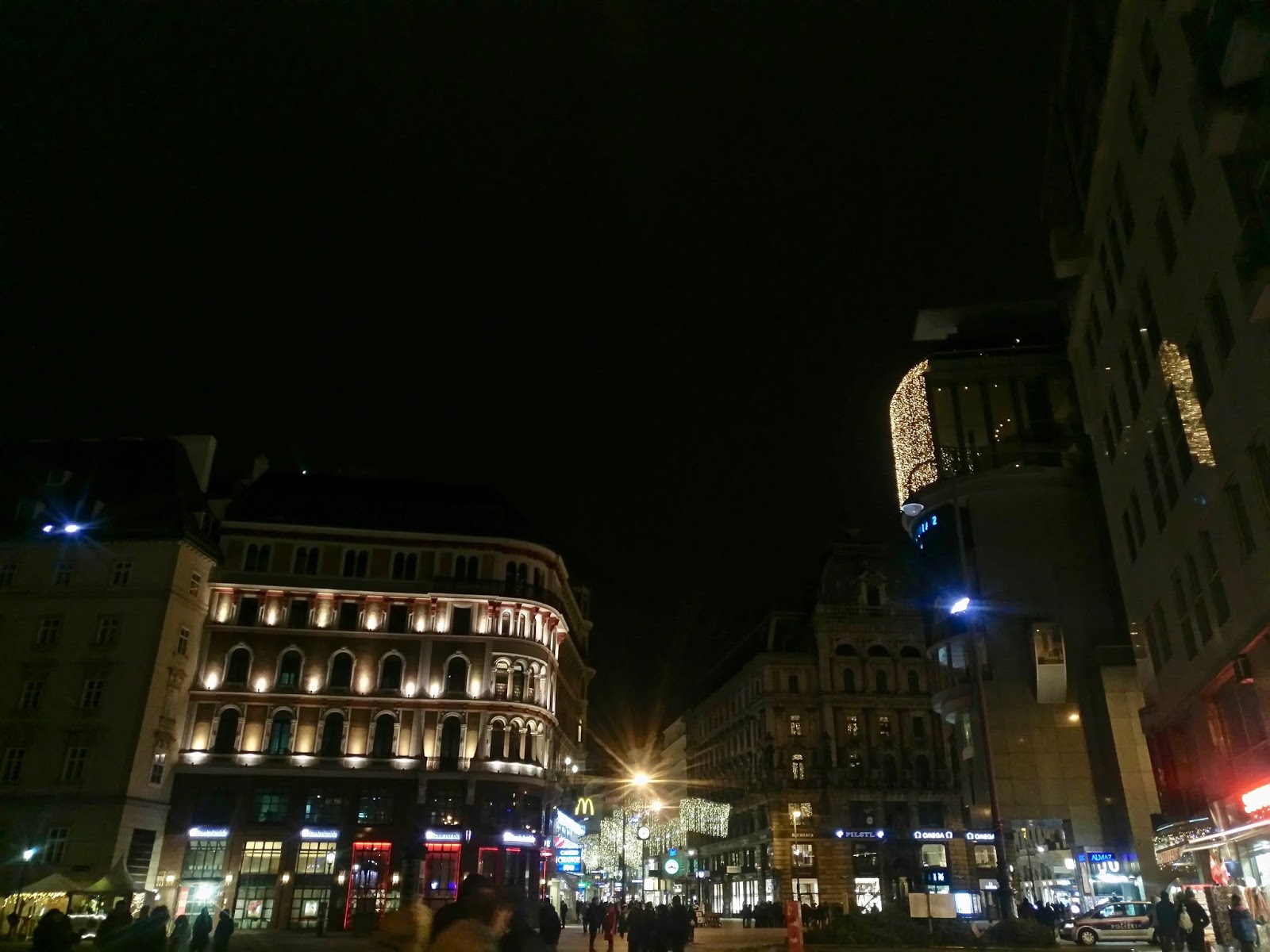 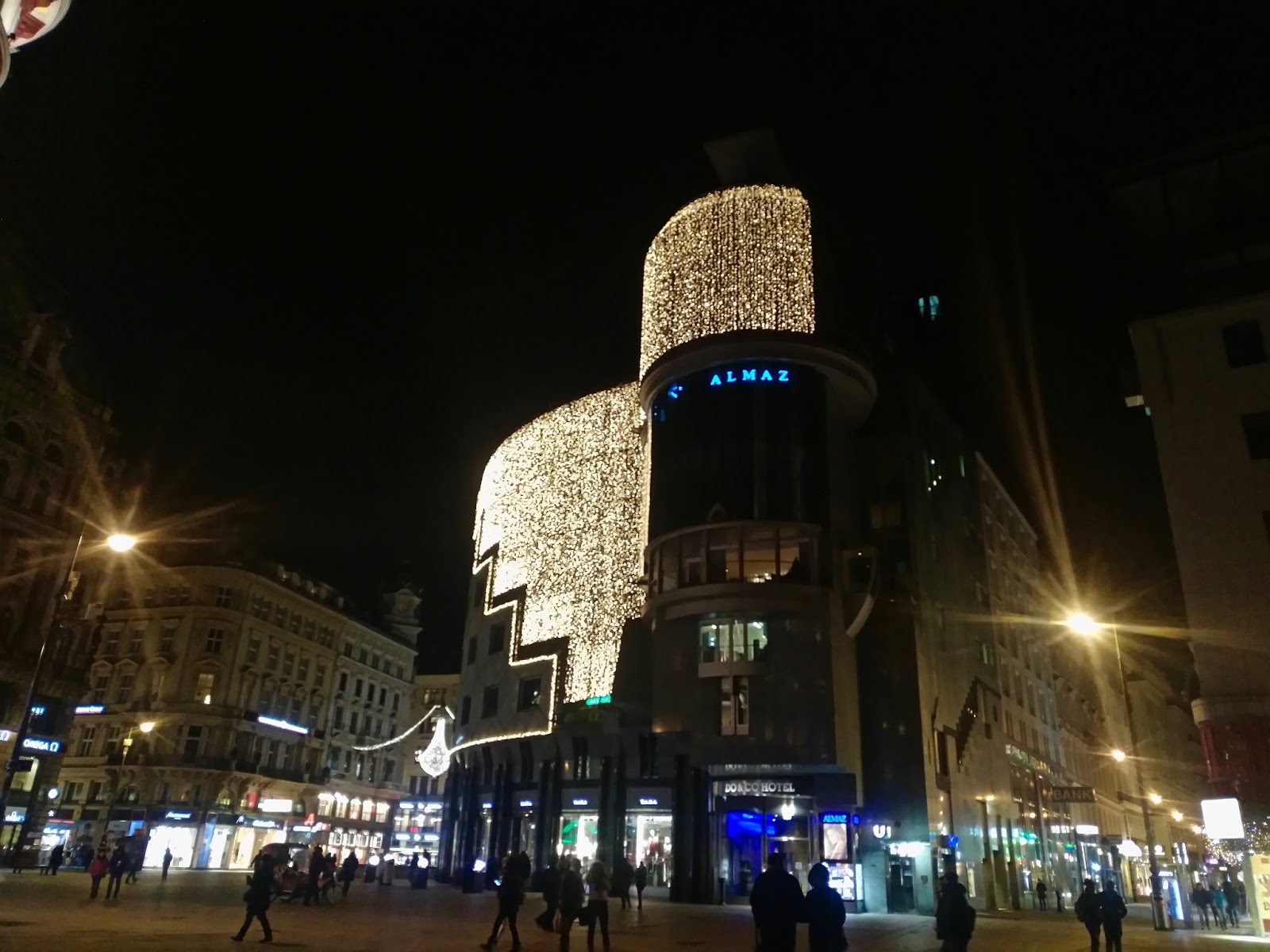 The modern and classical co-exist in Stephansplatz

10. Visit Vienna’s flea markets: Naschmarkt is one of the best known markets in Vienna and the weekly flea market here is nothing short of legendary. Open on Saturdays, here you will find souvenirs, antiques, kitsch and quirky curios to take back home. Try to get in as early as possible to grab the best bargains before the surge of locals and tourists check in. Even on other days, Naschmarkt is extremely popular with the young and urban, with a variety of world influences in its food and wine options.

A short visit to Vienna makes it fairly evident why the city continues to rank high in the quality of life index year after year. And why it is considered one of the best cities to live in. Here is a city holding on to its imperial legacy with pride, sprinkling every modern cultural infusion with a bit of historic influence, and giving it a unique Viennese twist. Be it art, architecture, cuisine or fashion, everything is a curated experience dipped in nostalgia. The city can seem boringly perfect at times, making you long for a bit of chaos. But when you find some, it would still be in perfect order. Civility and social decorum benchmarks belong to another era, which is kind of rare in today’s trying times. And that is what makes a short visit to Vienna, nothing short of spectacular.

Raghav Sarma, Founder, Licence to Drive is an avid traveler, culture spotter, and Gen Z tracker. He visited Vienna when he was in Poland for a cultural and tourism project sponsored by the Polish National Tourist Office. Connect with him on Twitter at: @raghav_sarma