My first visit to Amsterdam was in the summer of 2014. A football program with ADO Den Haag FC took me there when I was sixteen. And it was love at first sight. After living in the tony neighbourhood of Wassenaar for three weeks, visiting Rotterdam and Leiden, I knew I was coming back for more. On my flight back to India, I remember looking down at the Dutch capital, determined to be back for those leisurely walks along the canals, munching Dutch-style fries.

And sure enough I did. This winter I was back in Amsterdam for five days during Christmas, for what was an unhurried and un-touristy visit. Travel Rule #1 for me has always been about slipping into the local skin and doing things that they would do – live, eat, browse and party their way. So in Amsterdam, I simply decided to go Dutch. 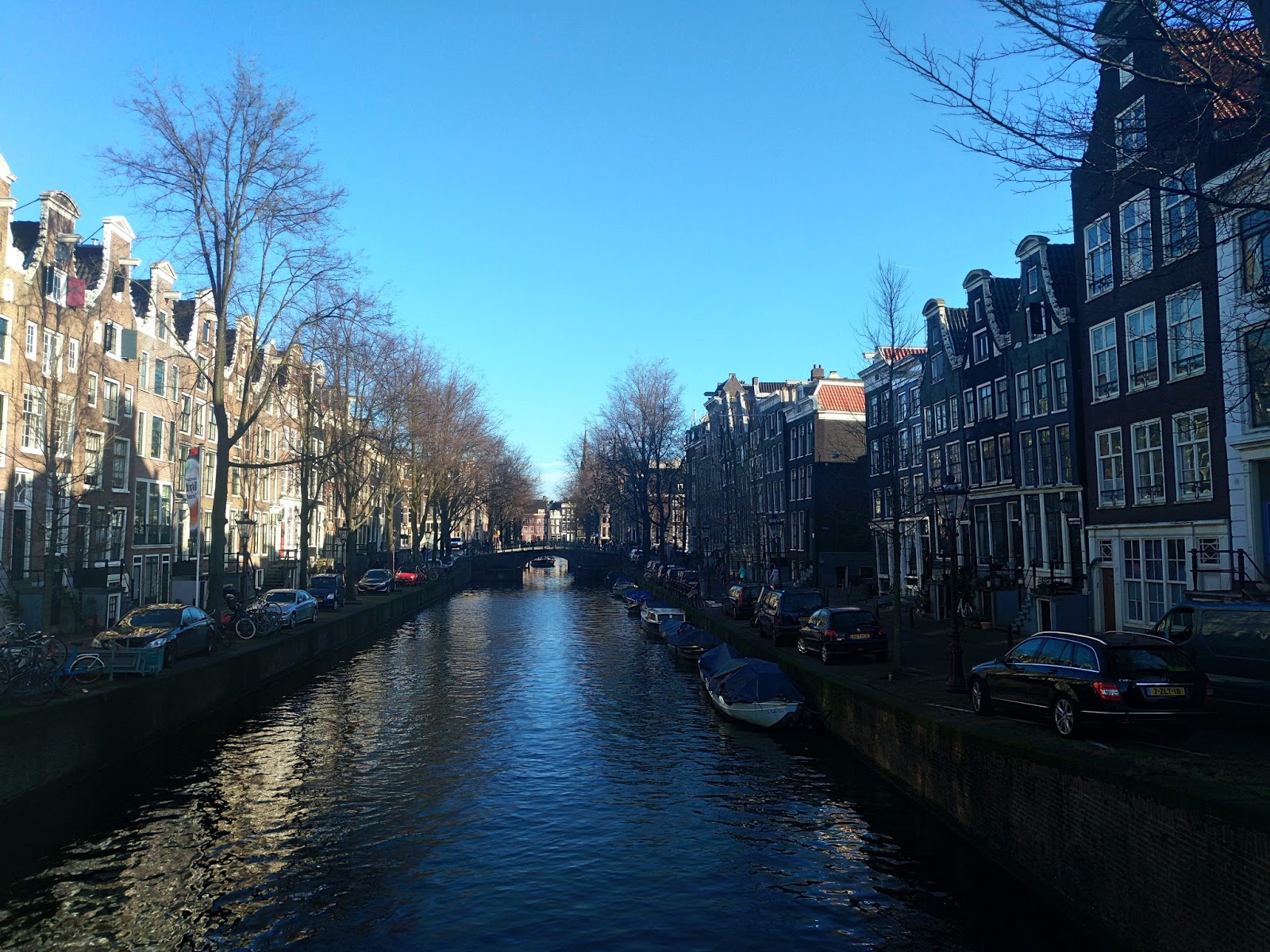 The neighbourhood of Keizersgracht 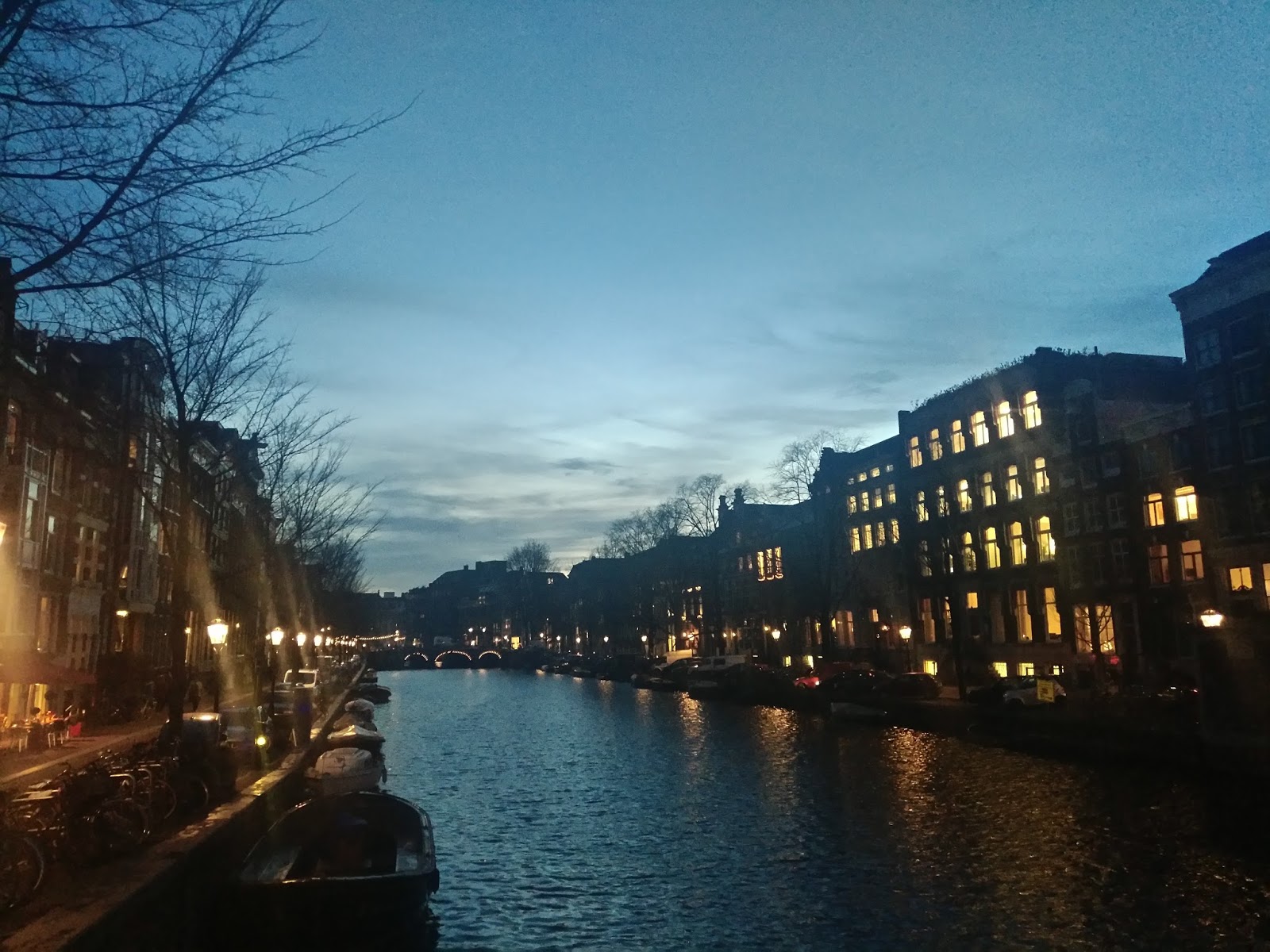 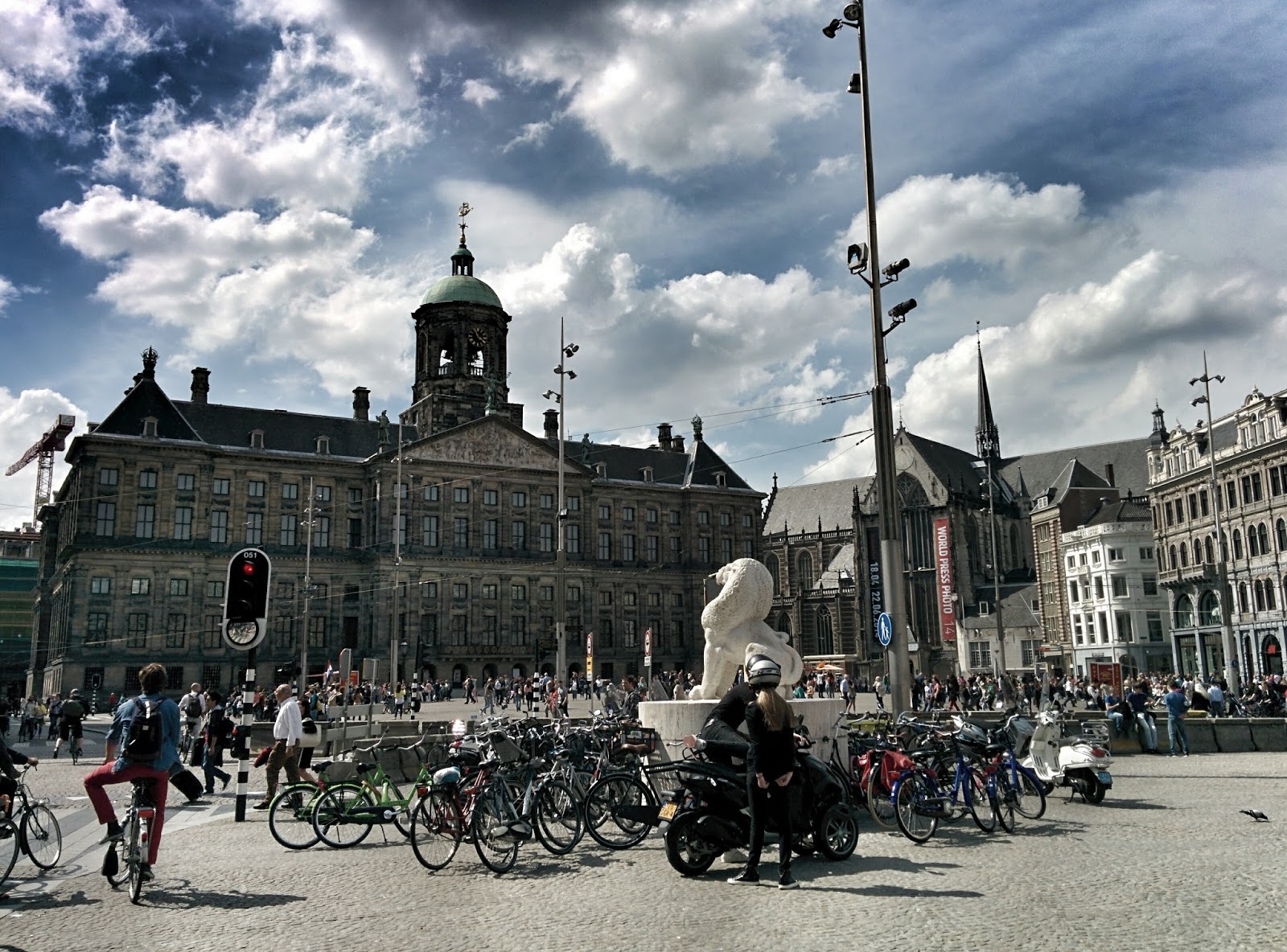 A long road trip from Warsaw notwithstanding, it was good to be back in familiar territory. It’s always nice to be someplace where the streets, signs and smells are familiar and you already know the best places to hang around. The city is alive 24×7 during Christmas, with traditional feasts & treats, street decor, special Christmas markets, the Light Festival, and numerous music concerts & performances all over. The celebratory air and festive atmospherics add to the bonhomie as you meet and greet families and friends. You could stroll out at 3 am in the morning and still find the cafes buzzing and street musicians playing their piece.

My stay was at Keizersgracht, in a beautifully restored 17th-century town house that belonged to a Dutch family friend. One of Amsterdam’s three main canals, Keizersgracht Canal (also known as Emperor’s Canal) is the widest in the inner city, with a fair bit of historical significance. Just a 10 minute walk away from Dam Square, it was the perfect location. I couldn’t possibly find any fault in my stars.

As much as I would like to recommend just hanging around the city without a plan, here are a few things I did, which you could possibly try out too.

1. Soak in the atmospherics around Dam Square: Amsterdam is a large city, but walking around isn’t entirely unthinkable. And Dam Square is a good starting point. It is the main city square – buzzing with tourists, with tons of shopping options, cafes, restaurants and performances. Major attractions like the Madame Tussauds Museum and the Dutch Royal Palace are here. You may wander around anywhere, but you are always likely to get right back to this crowd magnet.

2. Feast on Frikandel & Fries: The Dutch aren’t exactly known for eclectic cuisine and the food culture is heavily skewed towards casual dining and on-the-go meals. Even places like The Foodhallen at Oud West serve gourmet food street style. The city offers some of the best fast food you can get, but most of the stuff is deep fried so it isn’t exactly healthy. Traditional Dutch fries are called Vlaamse Frites and come with a variety of dips; Dutch mayonnaise being my favourite. The popular Frikandel is a herbed sausage in a bun (much like a hotdog), laden with mayo and served with onions and curry sauce. Another local favourite is Kaassouflé, a bite sized crispy dough snack with gooey melted cheese inside. You could also grab meatballs & onions on skewers, pancakes at The Breakfast Club, or some raw herring and pickles from a herring cart. And of course there is stroopwafels & coffee for you to indulge in morning, evening or after dinner. 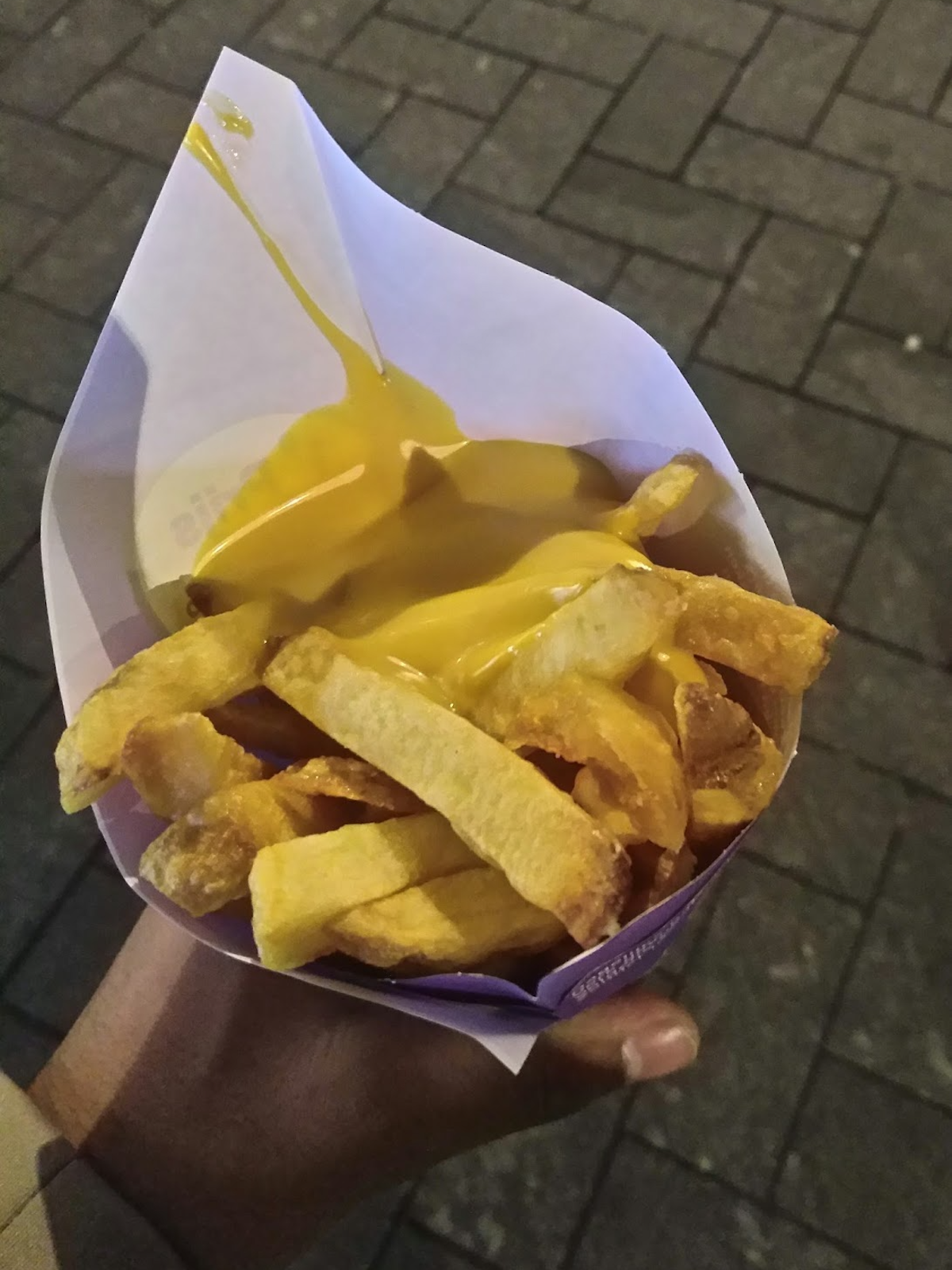 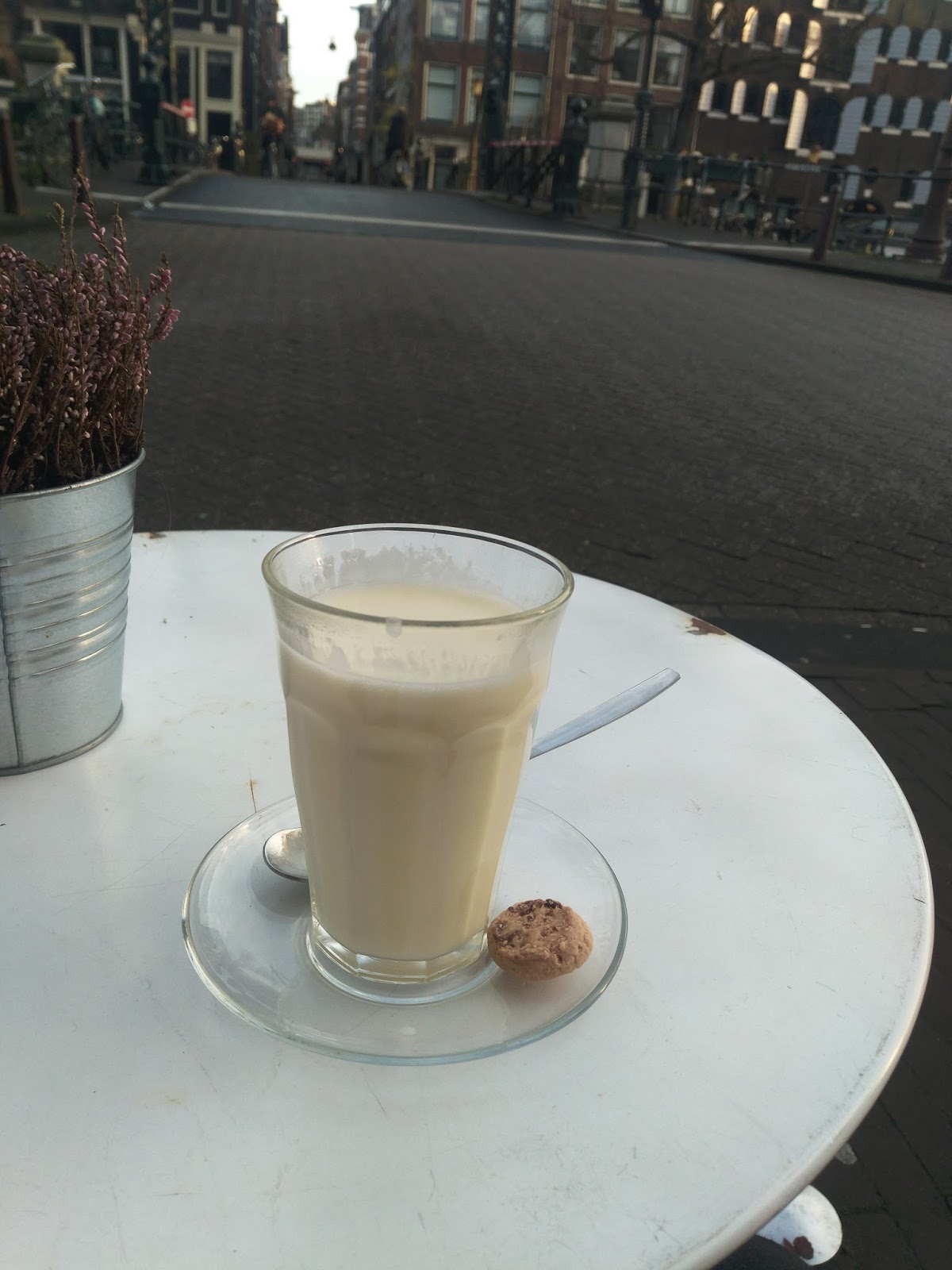 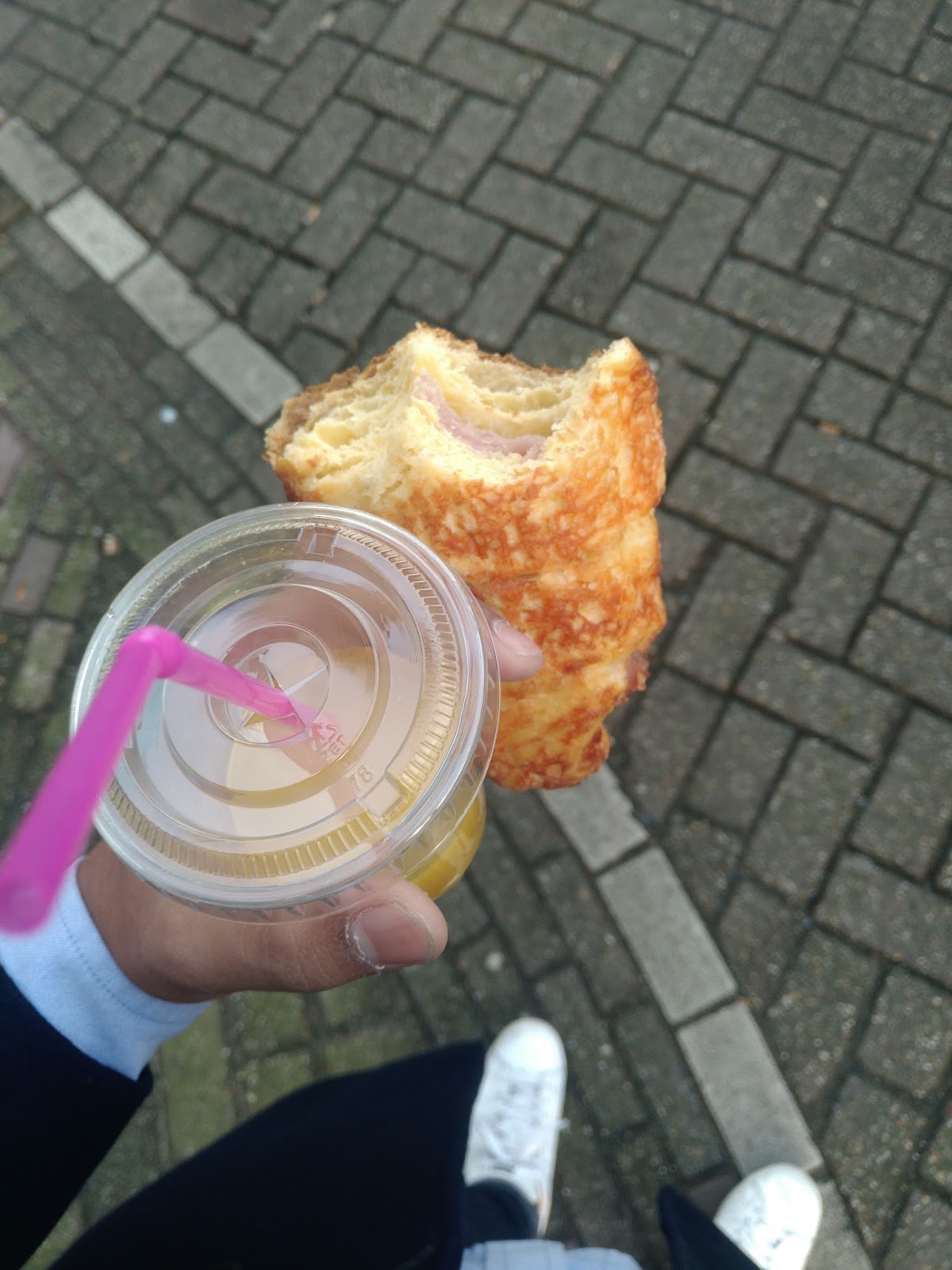 3. Go biking: A trip to Amsterdam without a bicycle ride around the city is kind of unforgivable. Bike hire shops are aplenty around the city, and hiring one for a full day costs about 20 euros. While the city has a stellar public transport system in place, cycling is the preferred mode of everyday commute for locals. It’s also the best way to explore the city. The infrastructure is excellent with designated cycling tracks, signs, signals and bike parking spots on every street corner. From men in sharp suits, women with kids, school children, teens, grandmas and grandpas, everyone loves to bike here. It is quite refreshing to see more bikes than cars, but pedestrians (specially tourists) should be careful to stay out of their way to avoid getting run over. 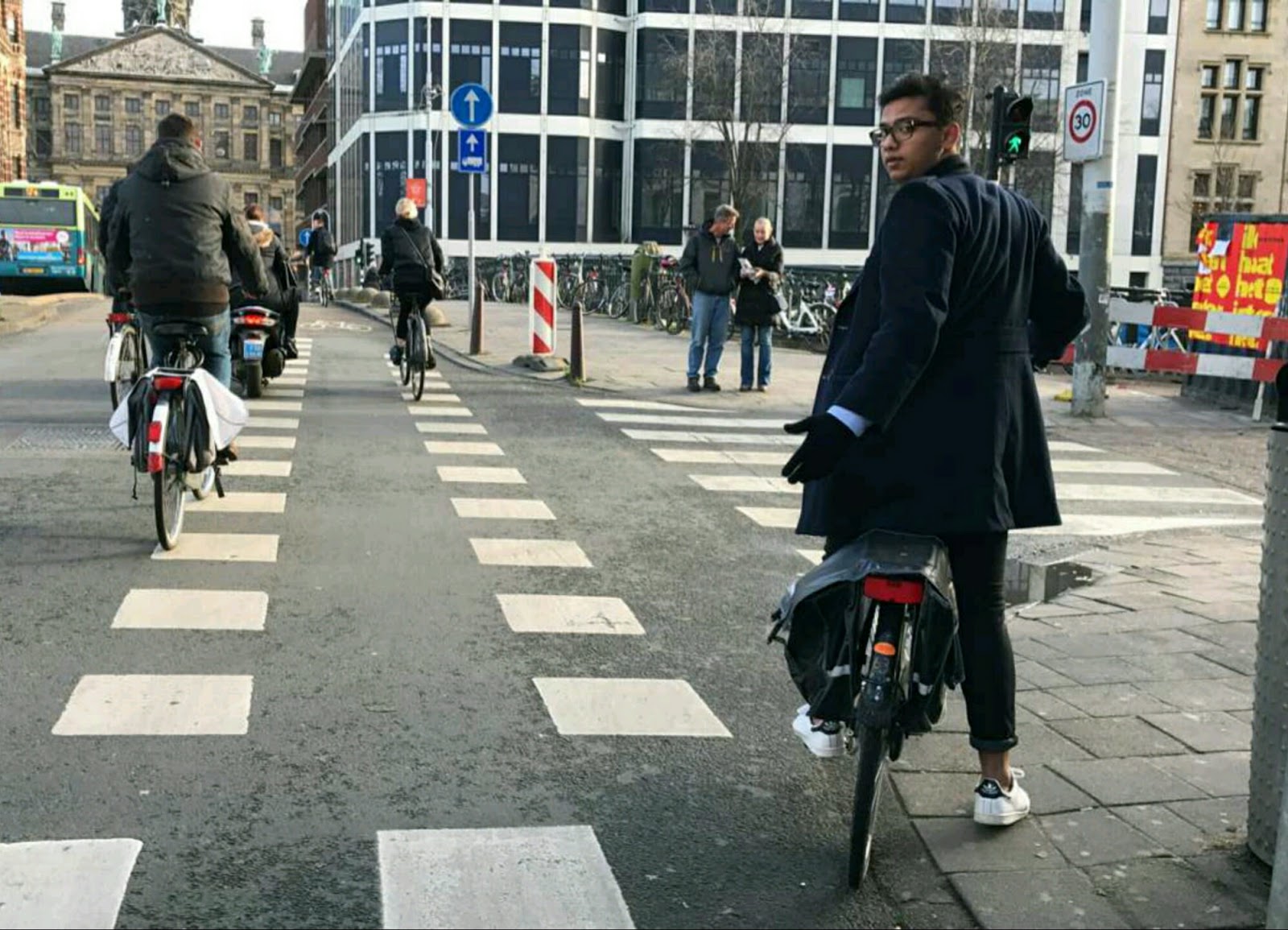 Biking around the city 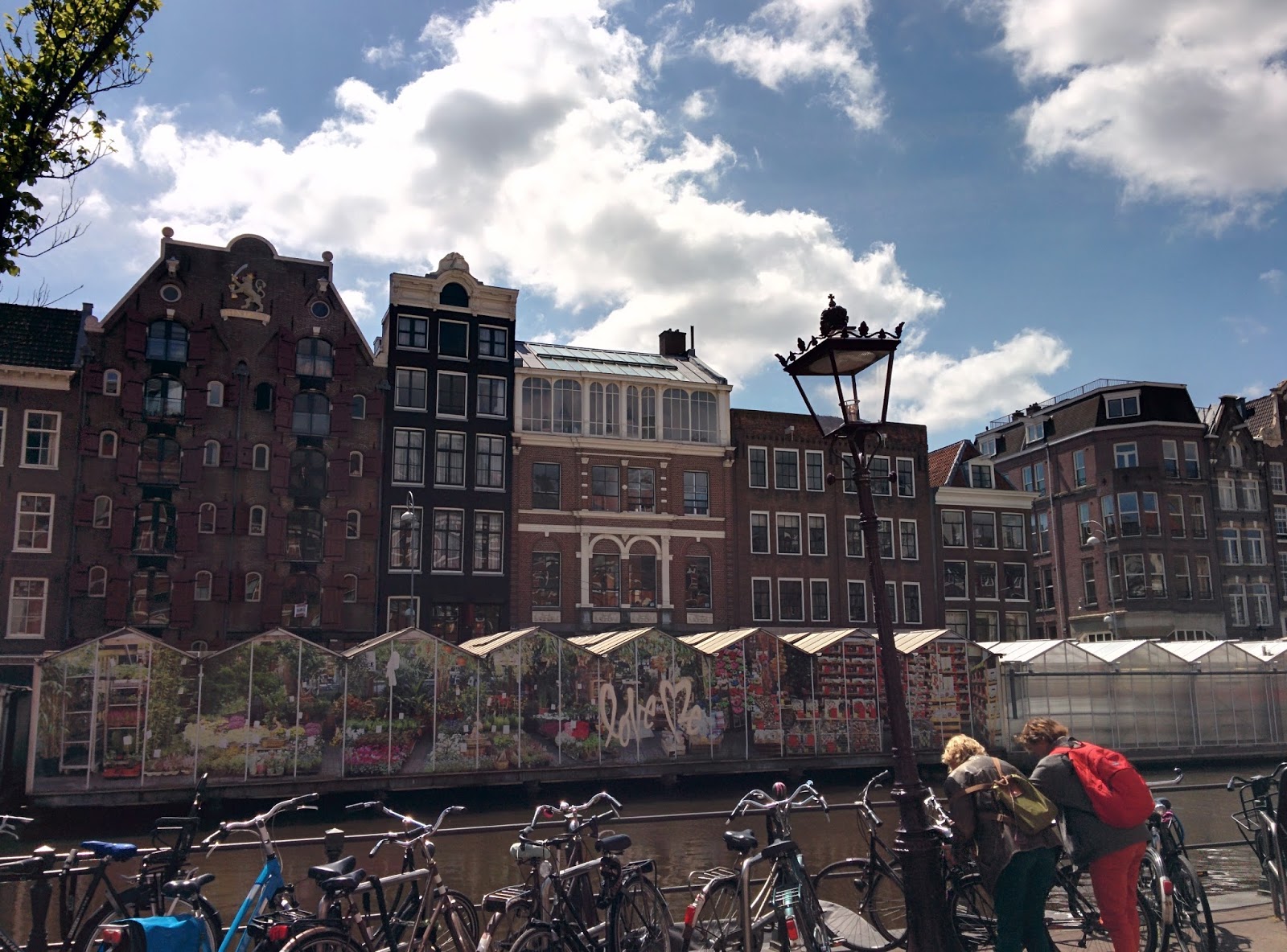 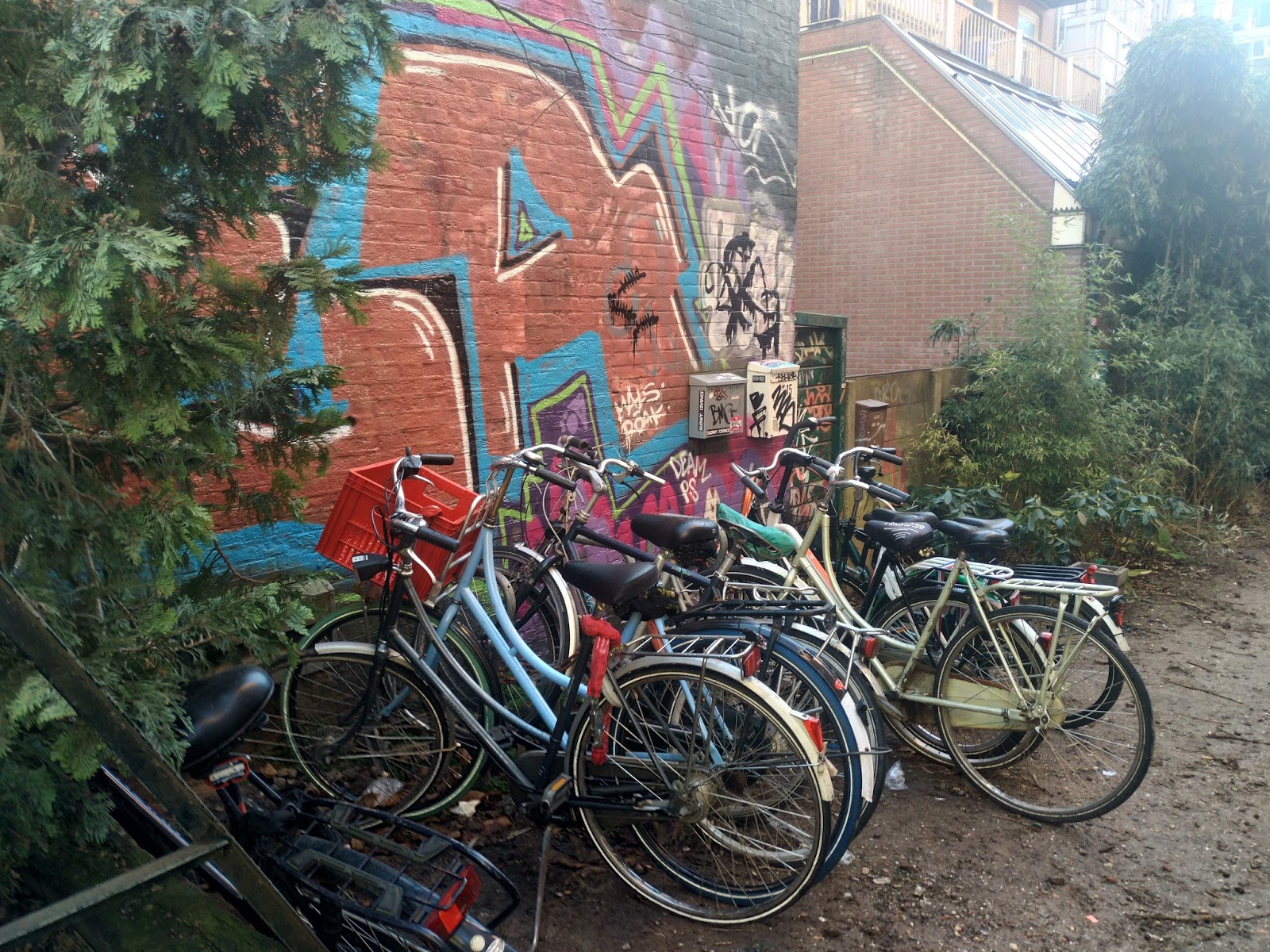 4. Make a day for Museum, Art and Design experiences: While Rijksmuseum, Van Gogh Museum, Rembrandt House Museum and Stedelijk Museum top the list, I would recommend a visit to the FOAM Photography Museum, the Jewish Historical Museum and the NEMO Science Centre. Amsterdam is home to hundreds of museums and galleries, and you are sure to find one that has you covered, no matter what your interest. You will even find one for handbags & purses. Tassenmuseum Hendrijke is dedicated to the cause, with a stellar collection of over 4000 pieces, some dating back to the 16th century. Beer lovers can find solace in the Heineken Experience Tour and their tasting room. It is virtually impossible to see all that the city has to offer in one visit, so schedule carefully depending on your interest and time in hand. 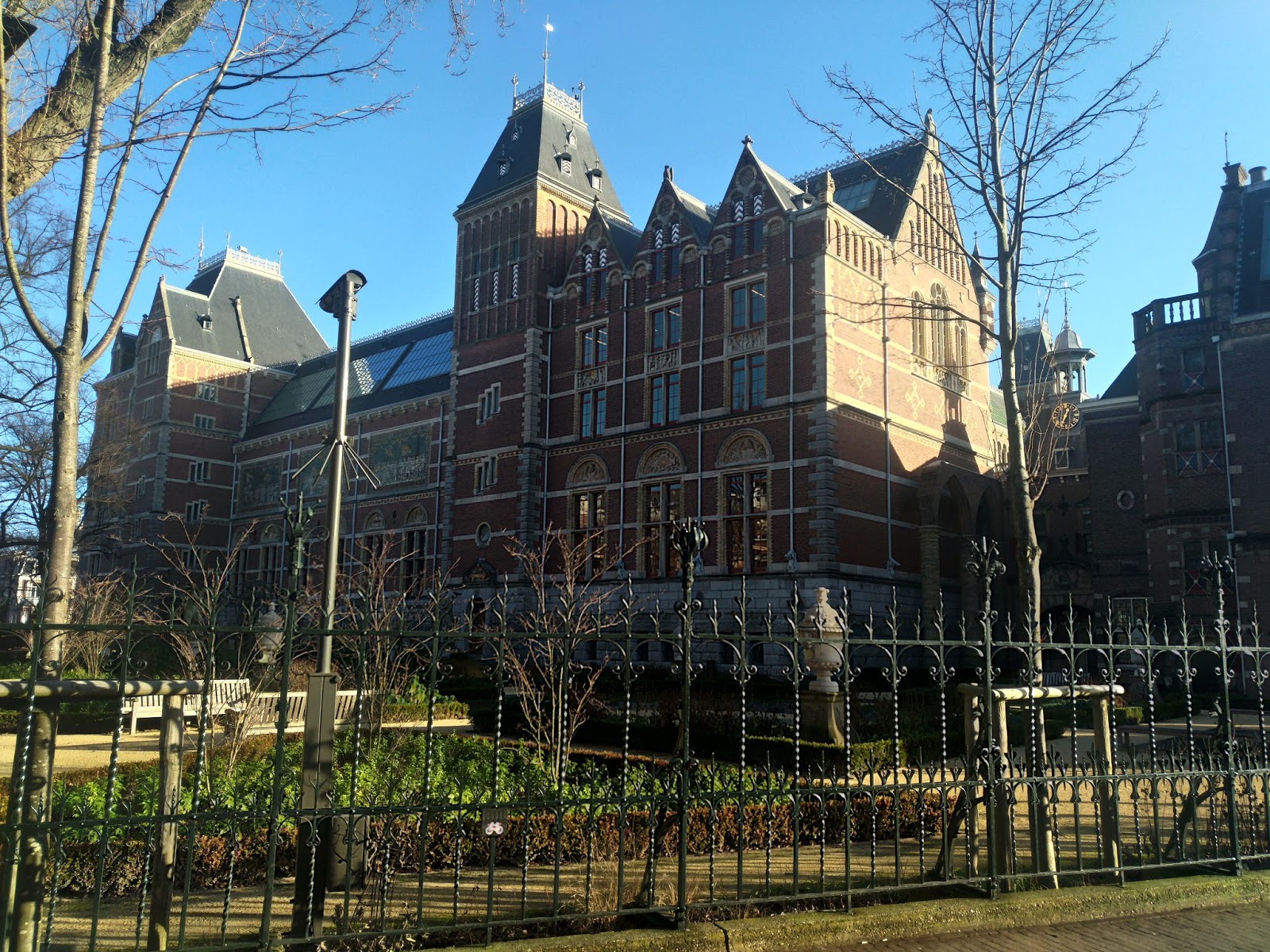 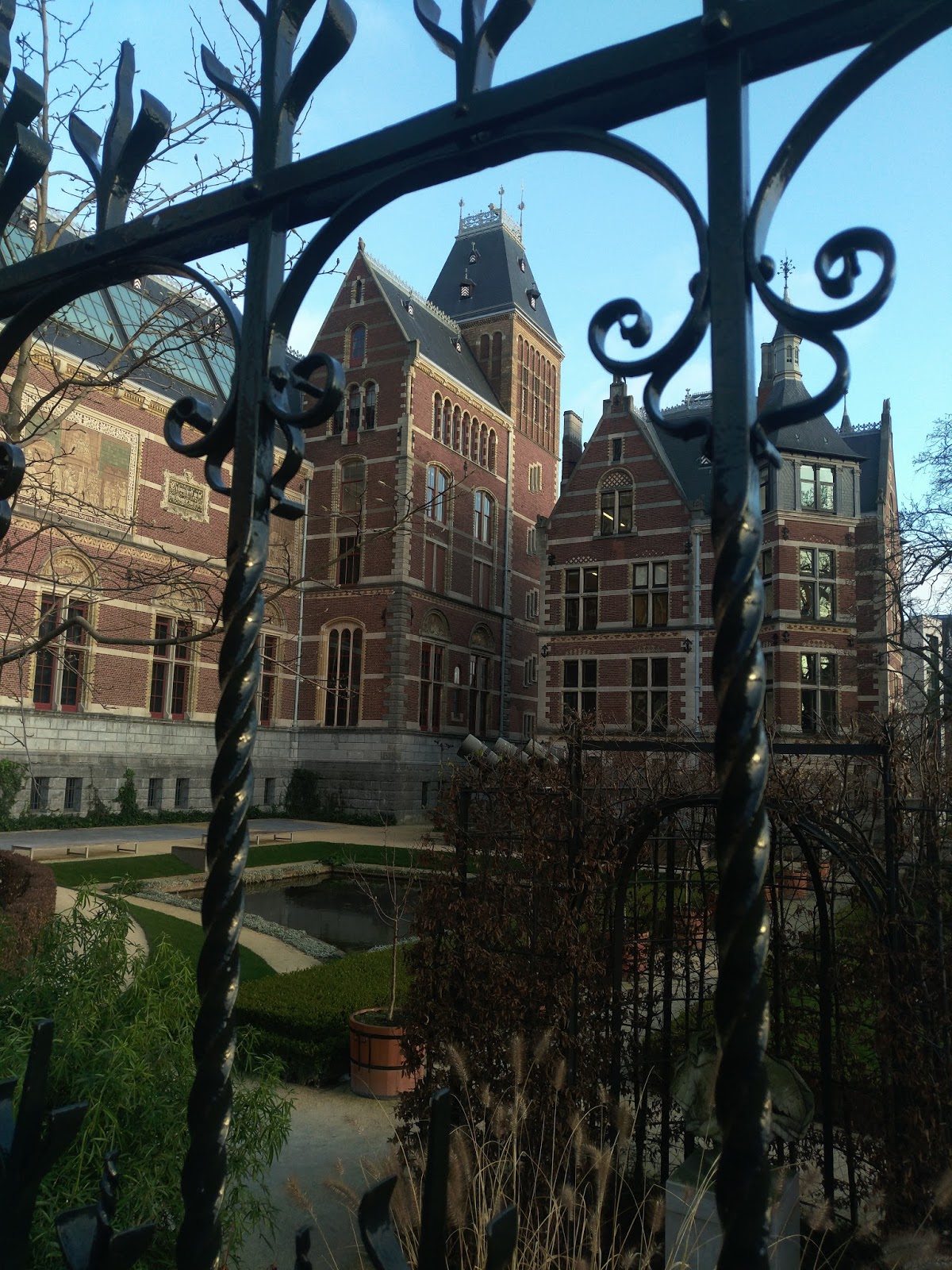 Anything you can think of Amsterdam has a museum for it 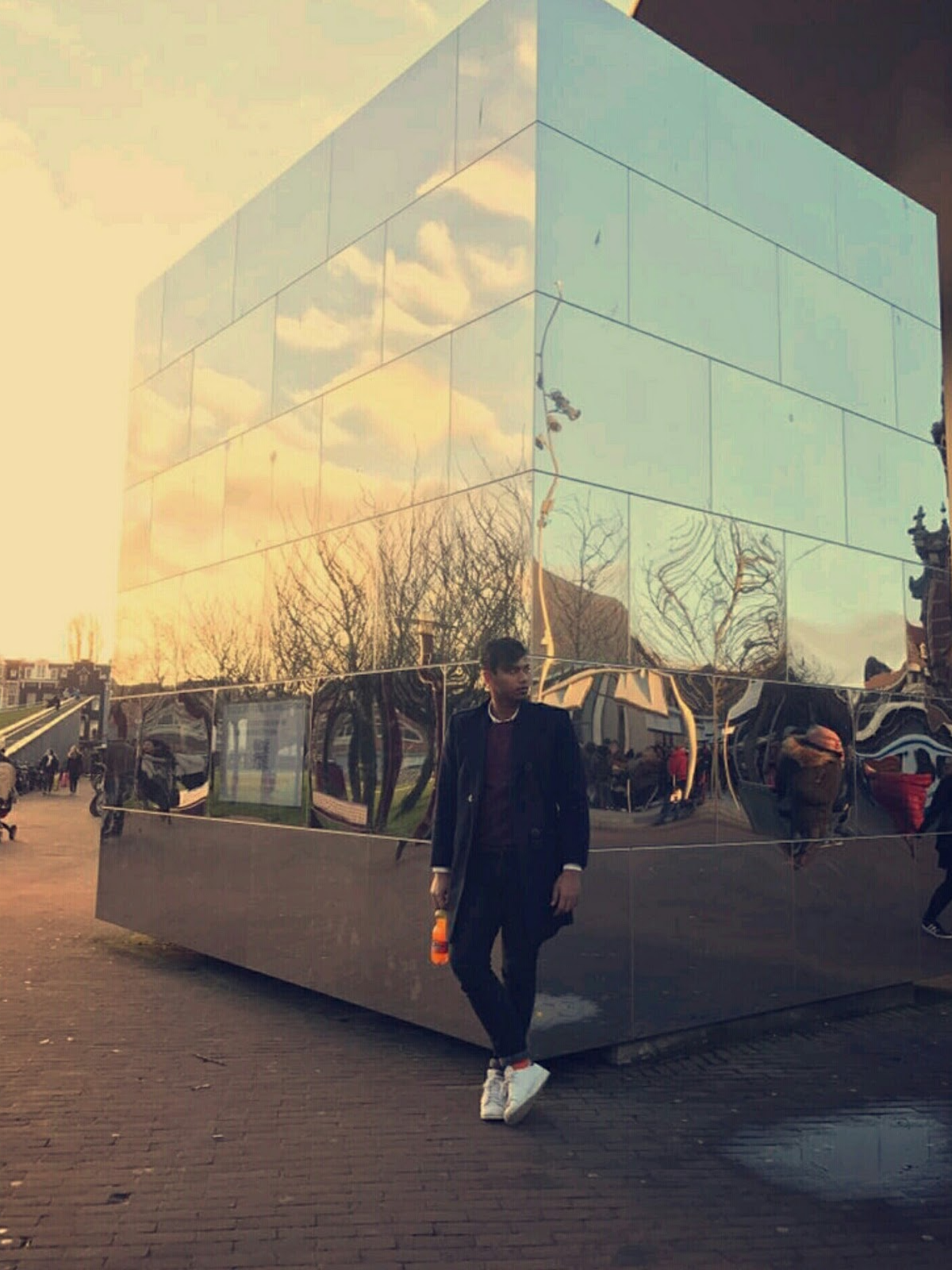 5. Visit the Anne Frank House: This is where the teenage wartime diarist once lived, when her family fled to the Netherlands, to avoid persecution in Germany during the war. A part of the Anne Frank House has been turned into an exhibition area, displaying pictures and other things relating to her life. The rear of the building houses the Secret Annex, which has been preserved as it was. Long queues and waiting periods may be a deterrent, but you shouldn’t miss a visit to this historic site if you are in the city.

6. Take a canal cruise: While this is something I wouldn’t usually do, an exception had to be made for the annual Amsterdam Light Festival. During the winter month, artists, designers and architects from around the world display their artworks and installations at vantage points along the cruise and pedestrian route. The festival transforms the canal cruise into a moving gallery of sorts and the combination of art, light and water is simply spectacular. Canal cruises are organised by a number of operators and start at convenient locations across the city. Prices vary depending on packages (lunch or dinner while on the cruise costs extra), but the average ticket price is around 30 euros. 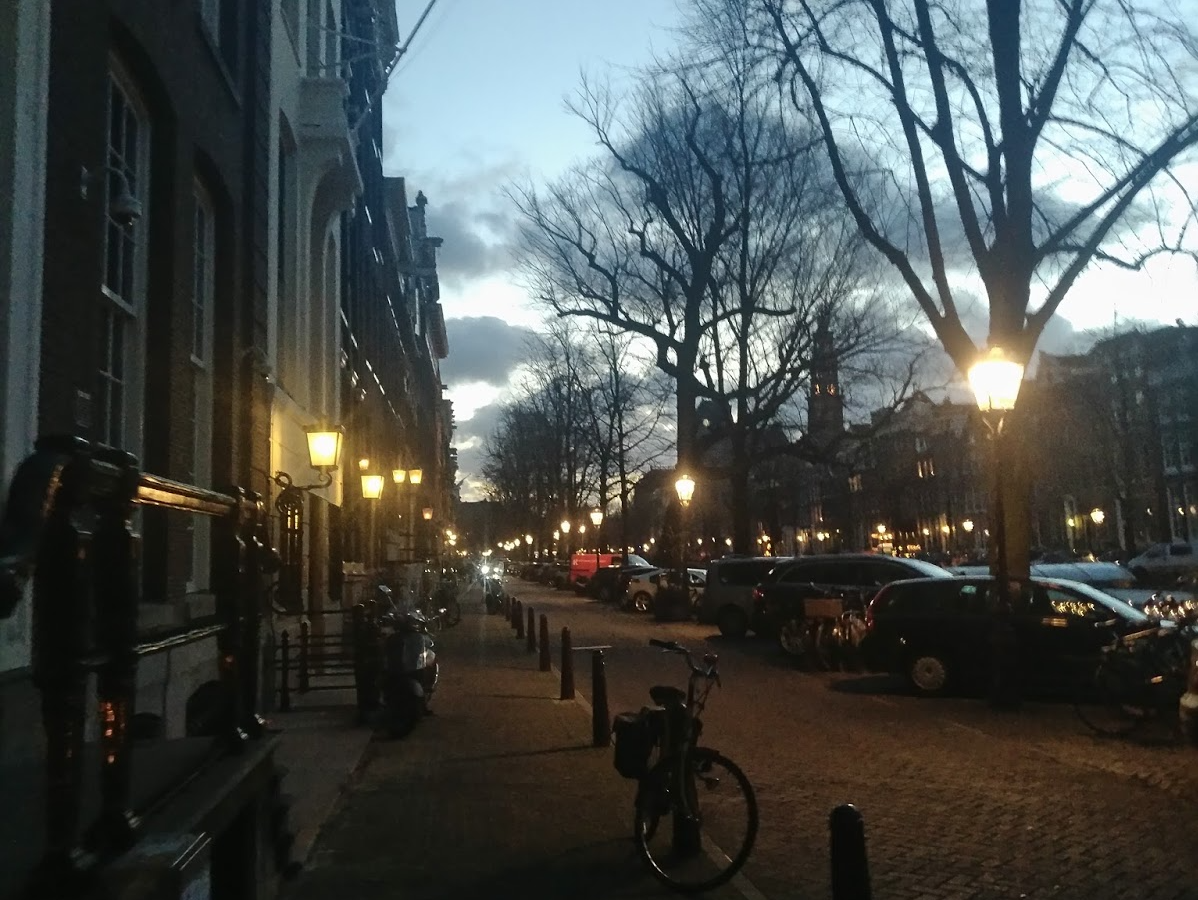 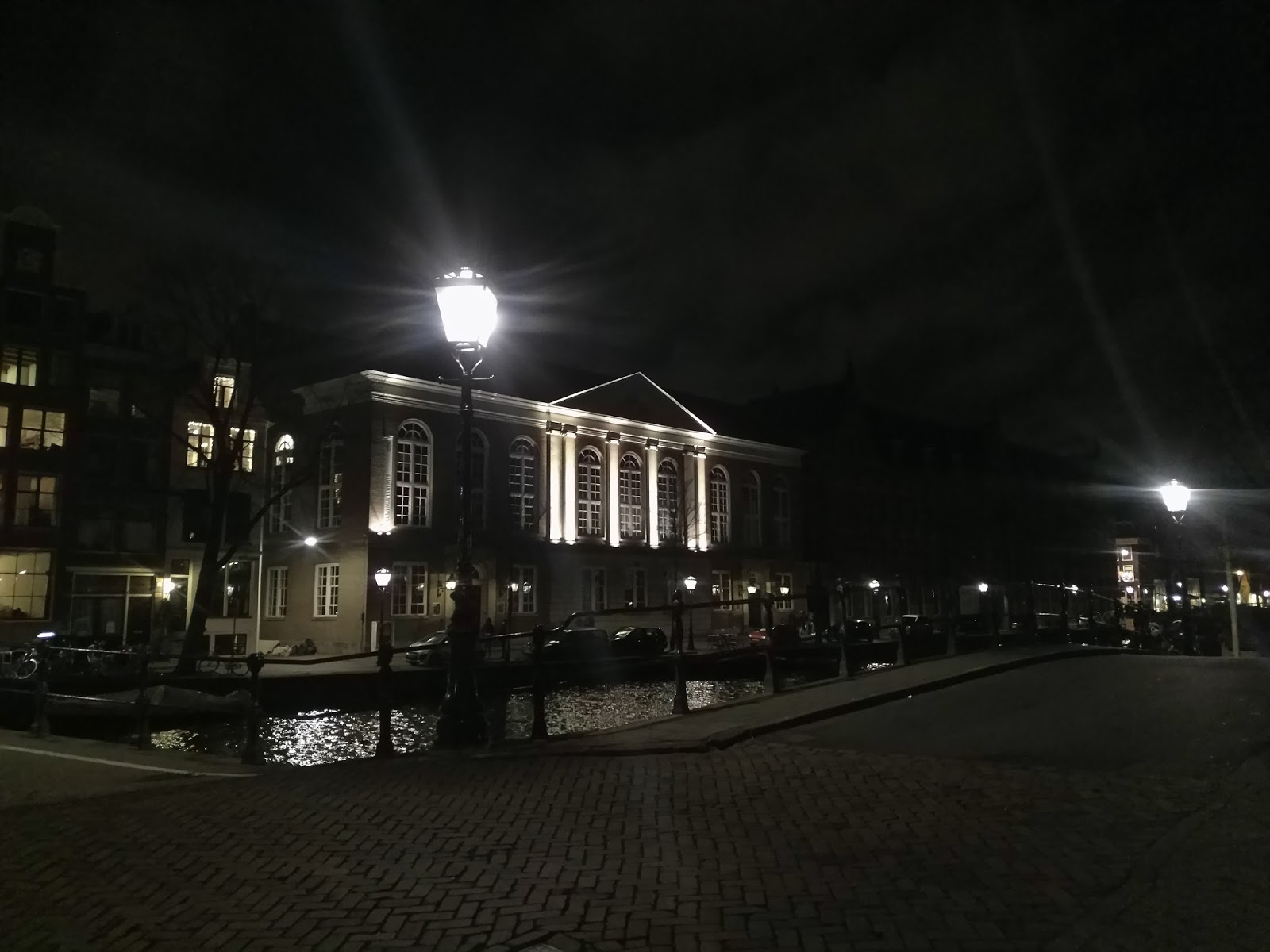 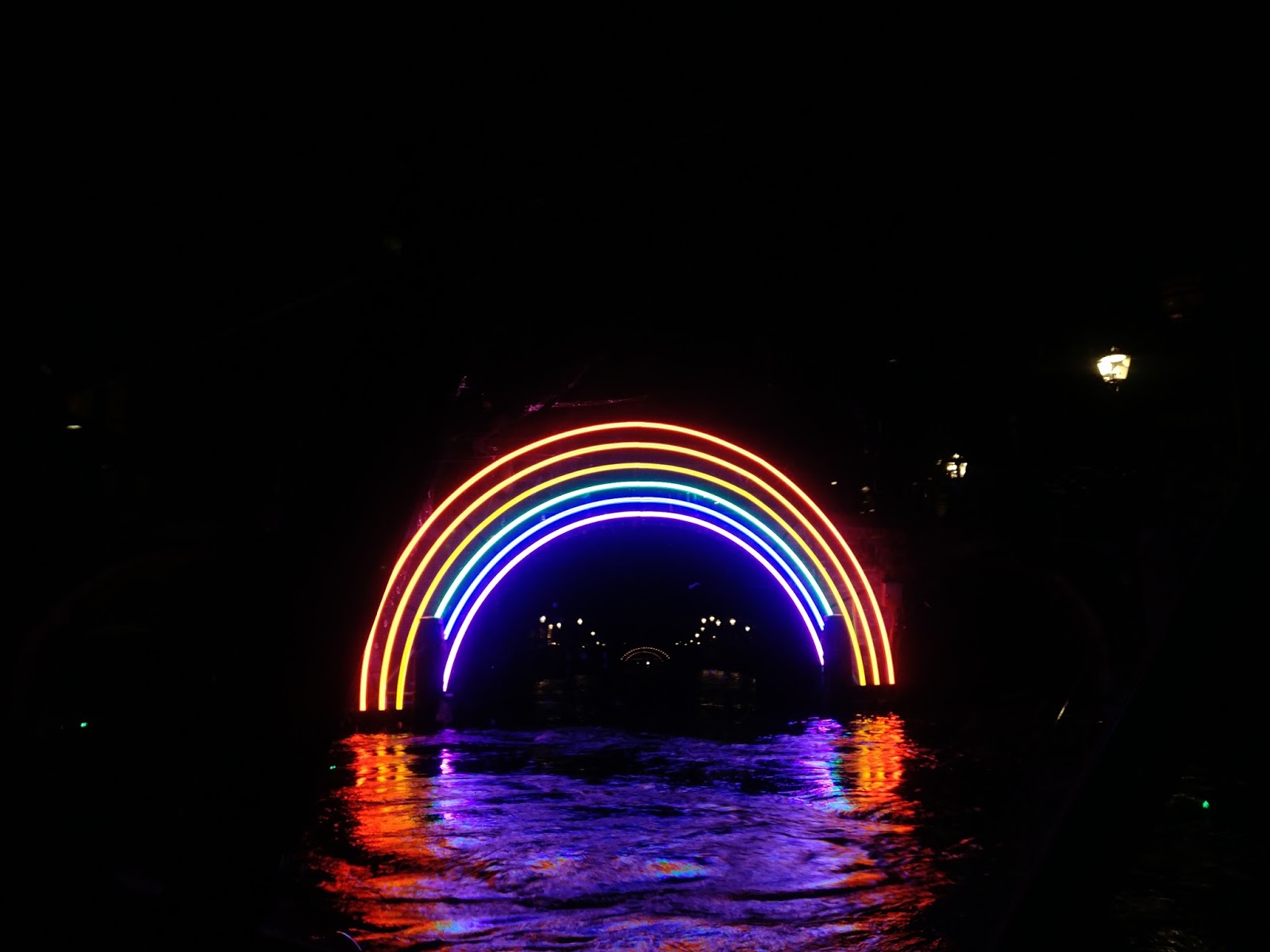 7. Explore the nightlife – pubs, gigs, festivals & concerts: The music, festival & gig scene in Amsterdam is at another level. The city has a bustling nightlife with a generous sprinkling of bars, pubs and some state of the art nightclubs. Stellar DJs gigs, EDM concerts and jazz festivals happen all the time and while we were there, big ticket acts like Drake were in town. You will be spoilt for choice before you settle down to your kind of vibe somewhere, but making that choice is the hardest part. For a casual drink, the Euro Pub overlooking the Dam Square is a great attraction for both tourists and locals. If you’re looking for the best clubs, Rembrandtplein is home to a slew of fancy spots, including Escape and Club Prime. Other hot spots include AIR Amsterdam and Jimmy Woo.

8. Visit a Farmer’s Market: While Amsterdam’s streets are lined with world class supermarkets, there is nothing like the buzz and vibrance of the farmer’s markets. Here you can grab some fresh produce, exotic fruits & vegetables that are grown the hydroponics way, authentic Dutch cheese and other artisanal produce. The farmer’s market on the Noordermarkt is one place which attracts quite a crowd for its selection of flowers, herbs & spices, dairy produce, biological eggs, home made cakes, pancakes and delectable apple pies served with whipped cream.

9. Take a trip down De Wallen: John Green once said, “Some tourists think Amsterdam is a city of sin, but in truth it is a city of freedom, and in freedom, most people find sin”. Amsterdam prides itself in its liberal attitude towards sex, soft drugs and pornography, and its honesty in embracing all shades of society & culture without being judgemental and making it mainstream is remarkable. It is likely that everything you ever heard about Amsterdam’s Red Light District is absolutely true. The area of De Wallen is one of its most distinctive tourist attractions in the city. While there are well organised walking tours available for those who want the full lowdown on its history, you could very well be there on your own without any fear of being mugged, abused or heckled. It’s all very touristy with sex shops, music and eateries spilling over to the streets, as men & women stroll about in amazement, walking through all they have heard. Do not make the mistake of taking out a camera and photographing the women in brothels, as you could get into trouble. 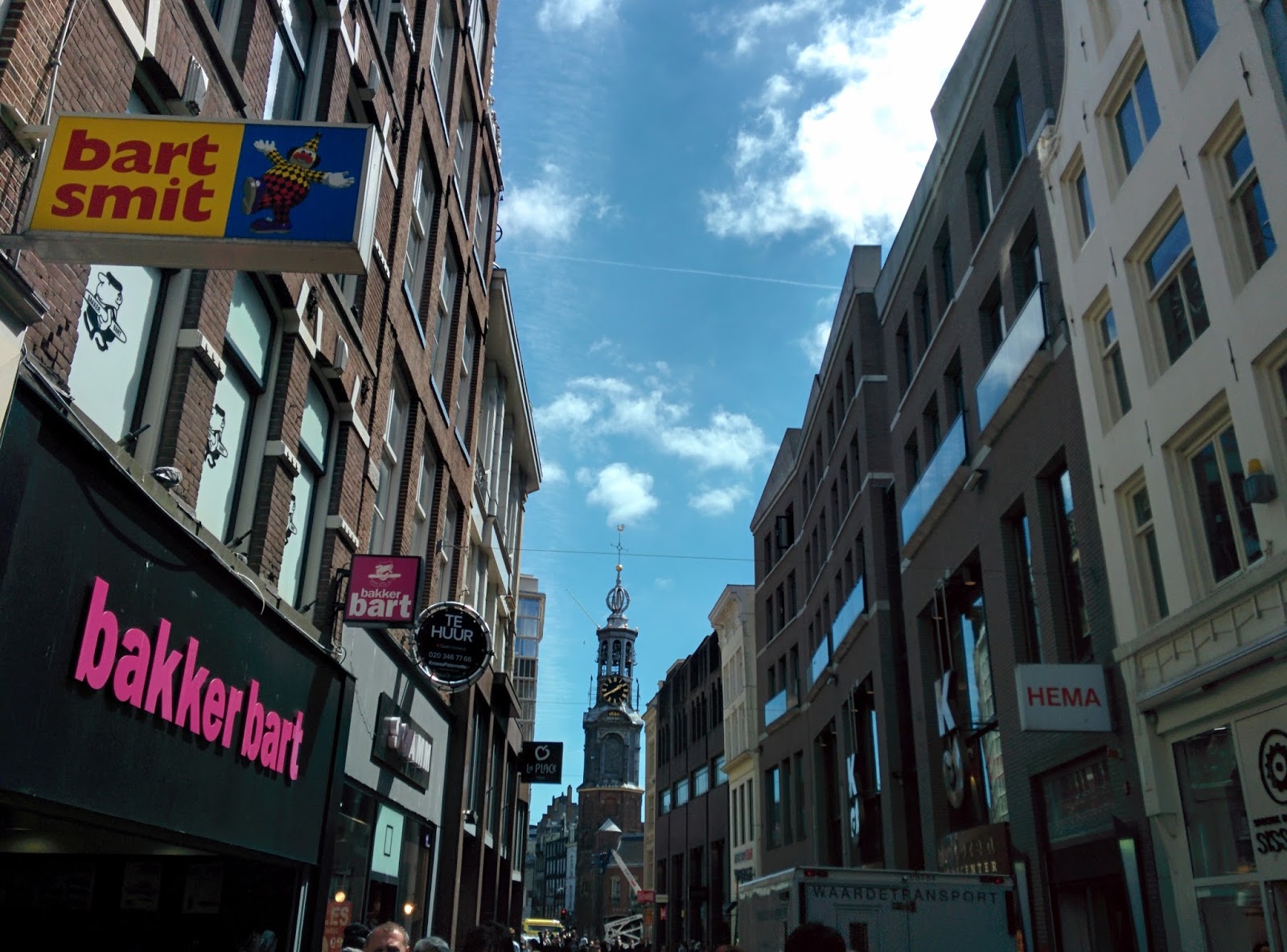 Every street has its cafes & coffee shops 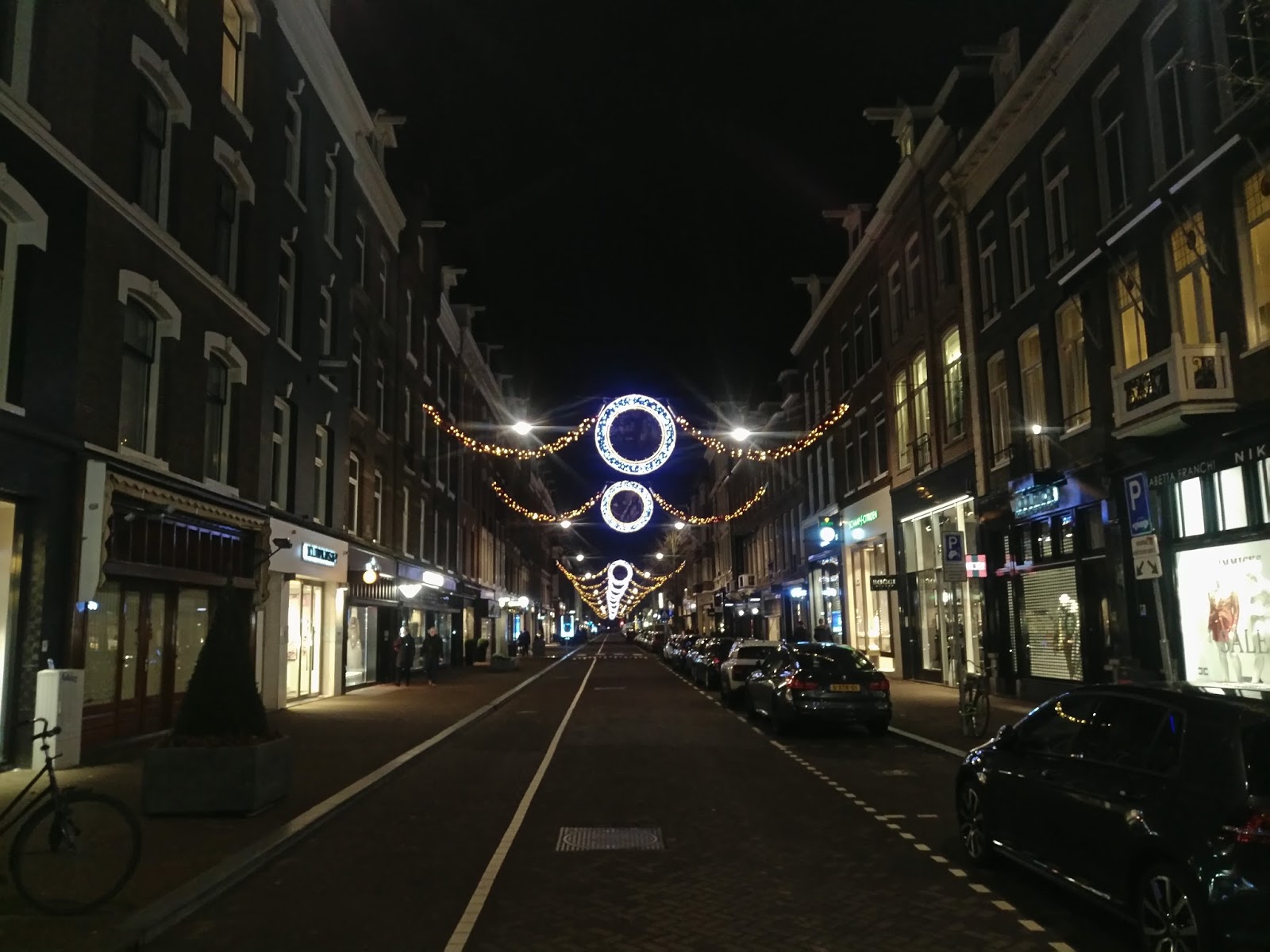 10. Explore the Coffeeshops: In Amsterdam, don’t walk into a “Coffeeshop” expecting stellar coffee. While coffee may or may not be served at these establishments, what they are really famous for is legal marijuana. Coffeeshops are scattered across Amsterdam, and you can find one on almost every street. Be warned though, these places are almost always crowded, mostly with enthusiastic tourists on a cannabis trail.

Amsterdam is a unique city where tangible history melts with urban flair. There are elements studded with history at every corner, that co-exist with a contemporary, artistic and design-centric liberal lifestyle. It’s a city you would love to go over and over again. To explore the same places you have been to before. For me, its my first love, and second home. Everything else follows. And after exploring every nook and cranny of the city and knowing it like the back of my palm, the city campaign ‘I Amsterdam’ makes a lot of sense. Because I amsterdam.

Raghav Sarma, Founder, Licence to Drive is an avid traveler, culture spotter, and Gen Z tracker. He travelled to Amsterdam from Warsaw, for a cultural and tourism project sponsored by the Polish National Tourist Office. Connect with him on Twitter at: @raghav_sarma