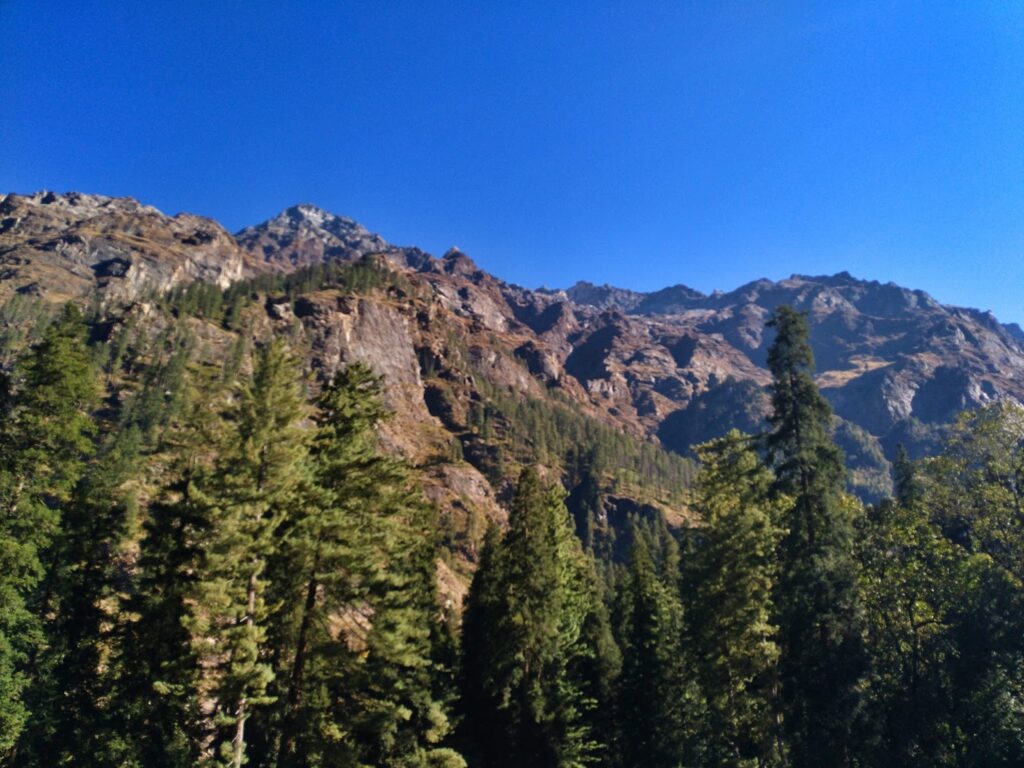 The landscape around Kasol 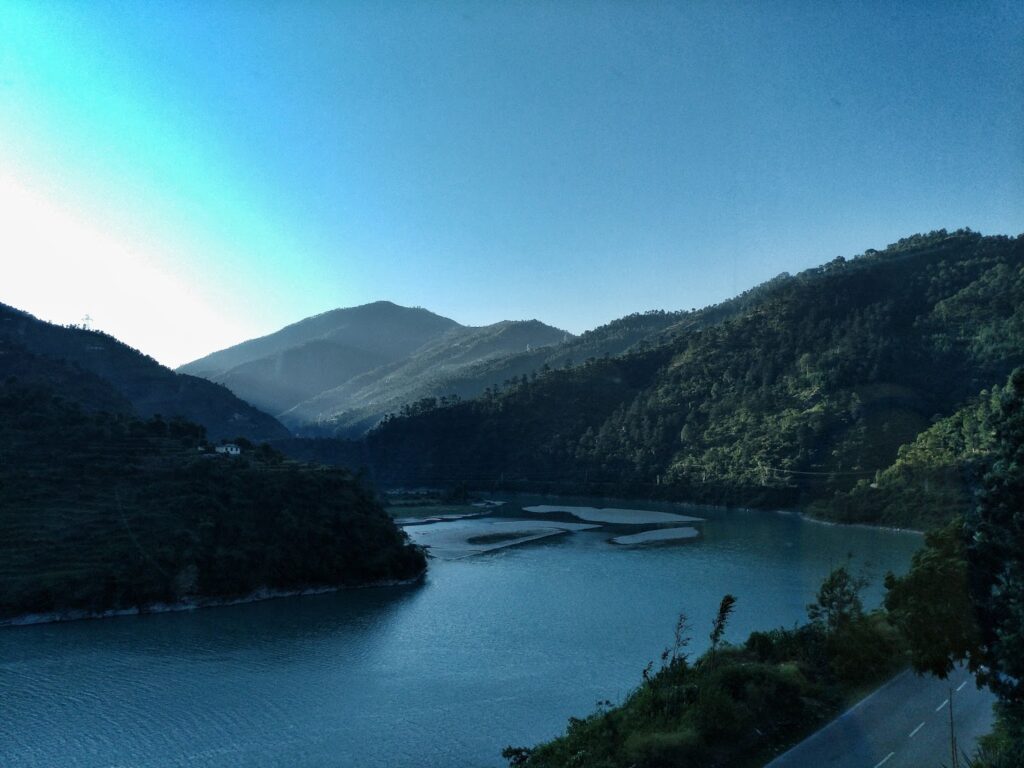 The hugely popular hippie hub of Kasol is a place where backpackers, trekkers and assorted sorts pot around. Located in the Parvati Valley in Himachal Pradesh, the tiny village along the banks of the Parvati river sits at an altitude of 1640 mtrs. and is a great place to unwind, chill, explore and make new friends.

Kasol is sprinkled with cafes, bakeries, bars and guest houses where you would find many Israelis; some transiting and others who have made it their home. 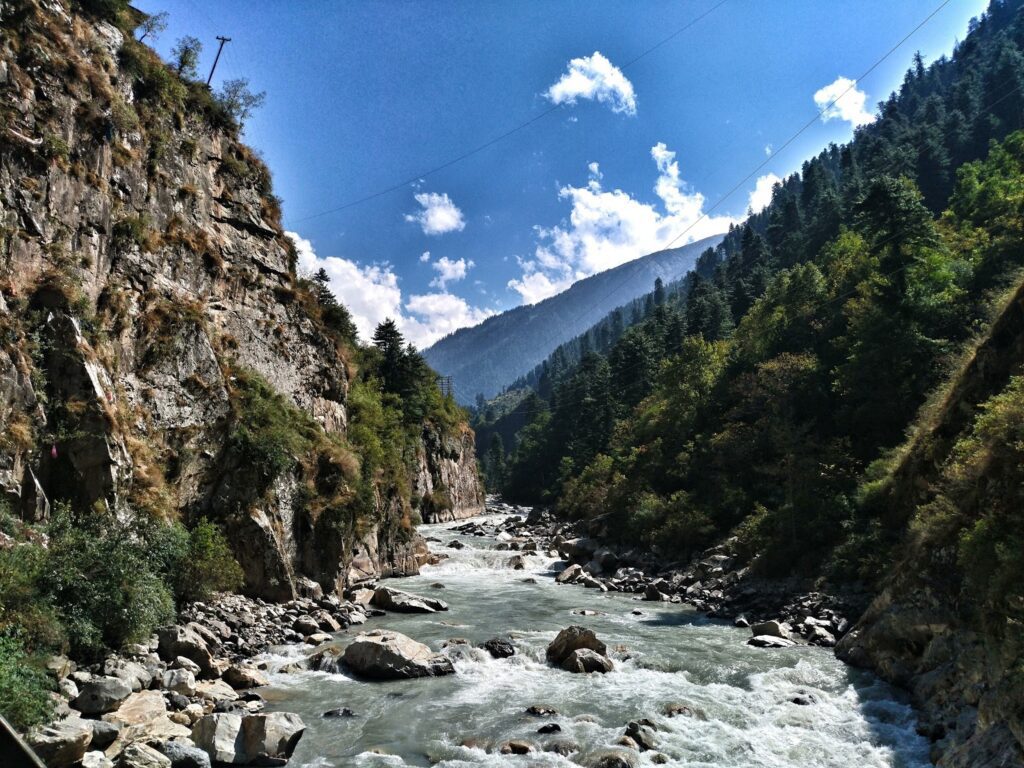 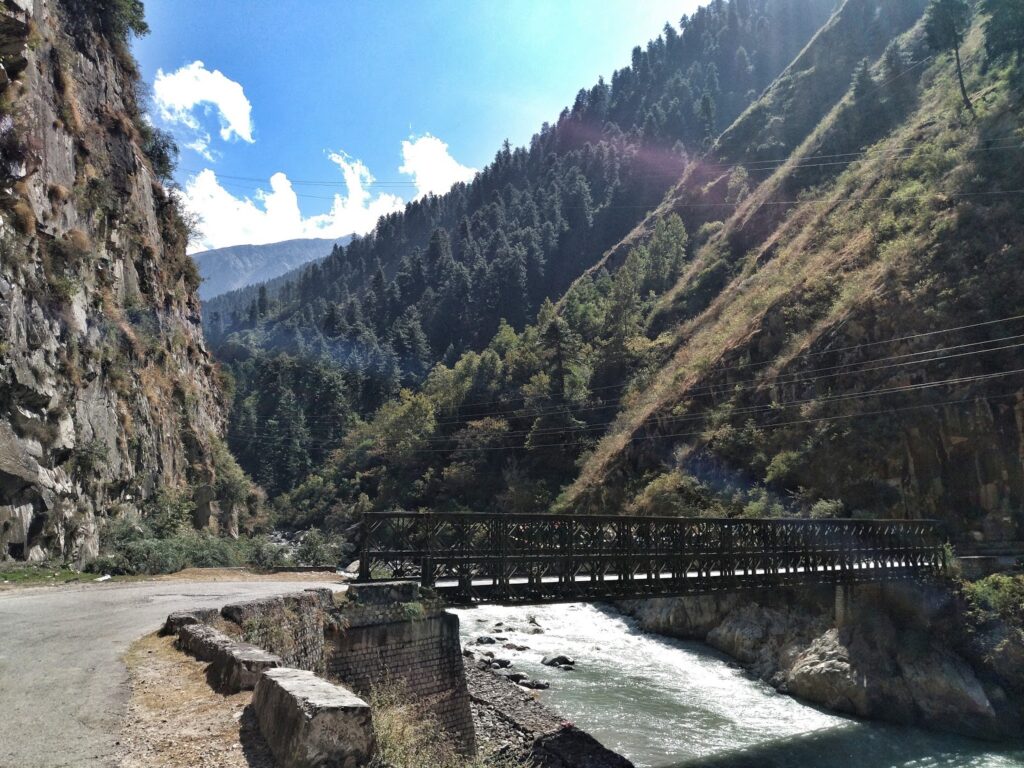 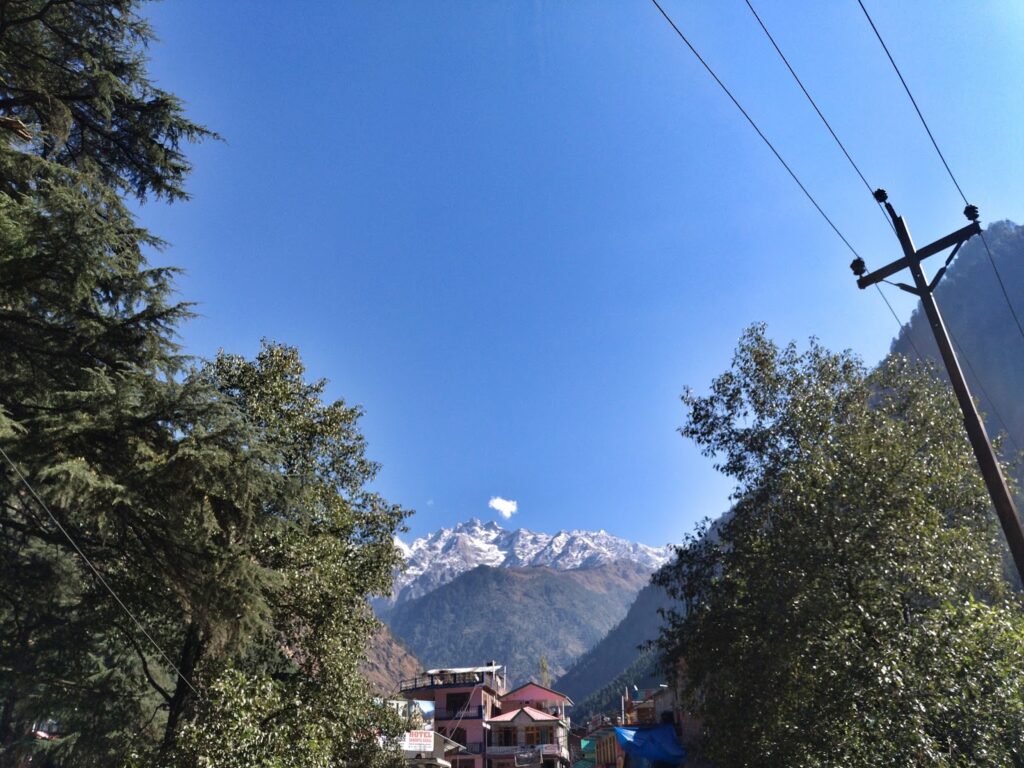 The scenic landscape enrolee to Kasol 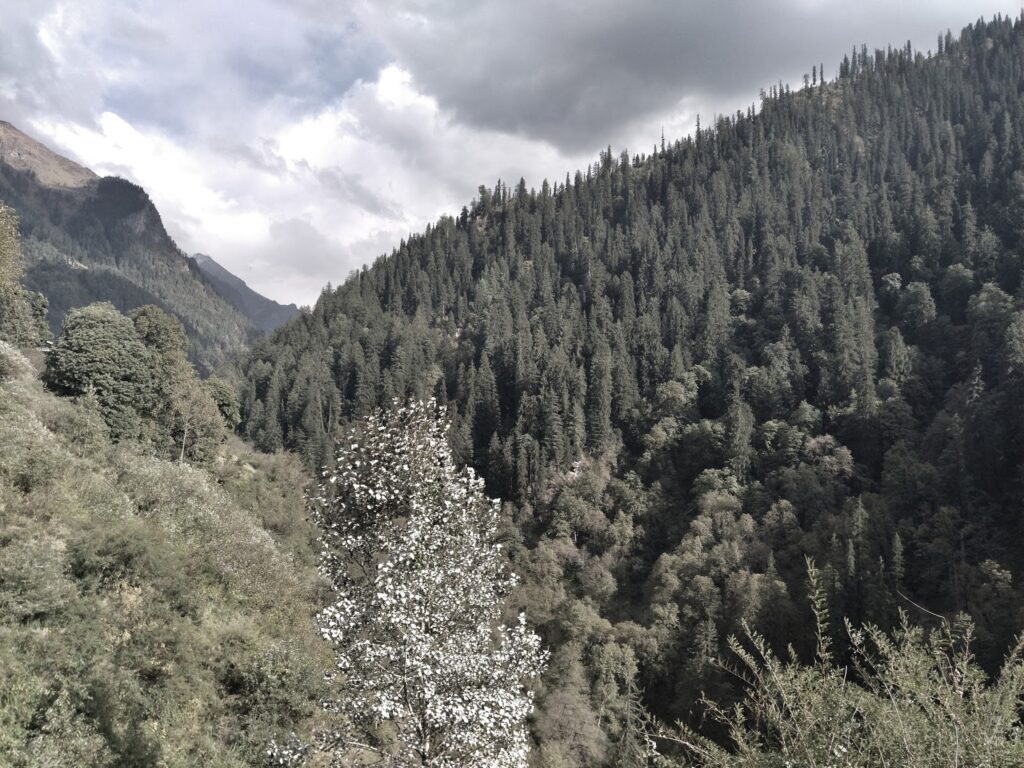 The region has a largish Jewish settlement and a flourishing illegal drug trade neatly camouflaged behind dingy cafes, guest houses and music festivals that attract the globe tripper. The Israelis host fellow travellers and most of them usually keep to themselves. Often engaging in deep discussions on the state of affairs around the world over some music, drinks and Malana weed.

Local travellers are often attracted to the underground experience of this rave haven but getting into the hallowed inner circle has its own price and needs a carefully cultivated network. Other tourists include adventure seekers looking for new trek ‘n’ trail experiences; youngsters in the cusp of their academic or professional careers seeking some clarity & perspective in the idyllic surroundings; and the rest who just drop by to see what the fuss is all about and be done with it. But be warned. There is no escaping over enthusiastic selfie seekers and instagrammers who have descended in hordes, taking a bit of sheen away from the calm and anonymity that you set out to seek.

A road trip to Kasol is a good option. Start at the crack of dawn if you opt for a self drive day trip (around 14 hours) or hop into one of the several luxury Volvo tourist buses that ply from Delhi to Bhuntar every evening. You would be at Bhuntar by dawn, and Kasol is an hour away by local bus or taxi. The post monsoon roads during the last leg of 30 kms. are patchy, but keep your eyes on the scenic landscape and it wouldn’t hurt.

Once in Kasol, things are buzzing around the main town. Depending on what you seek, you could choose your direction and soak in the experience.

Here is a list of top 5 things you should definitely try out:

1. Gorge on Israeli and German delicacies. Binge on Falafel and Shakshouka in the Israeli cafes, and head to the Moon Dance Cafe for some great sizzlers and bakery products. Other options include the Jim Morrison Cafe and the Alpine Guest House Cafe.

2. Trek up to Kheerganga. The five hour hike from Barshaini is a strenuous one, but the view from the top makes it all seem worth it. Start around mid day after breakfast from Kasol, and stay overnight at Kheerganga. There are several camps that offer accommodation. Rejuvenate with a bath in the hot springs early next morning, before you trek back after a hearty breakfast. 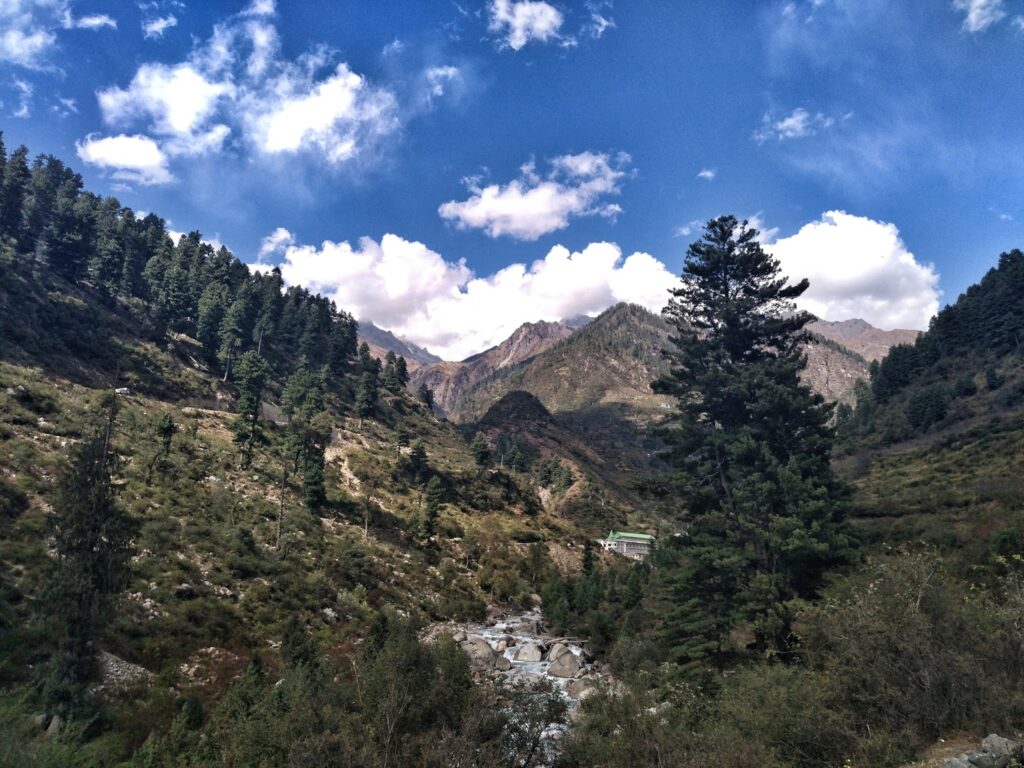 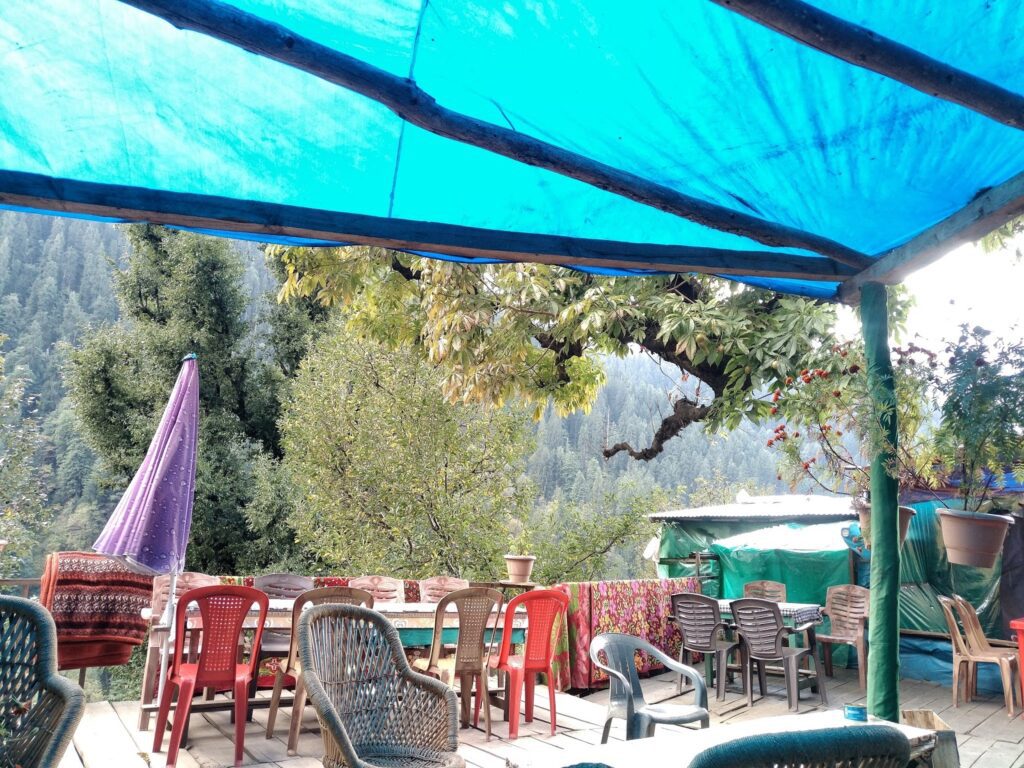 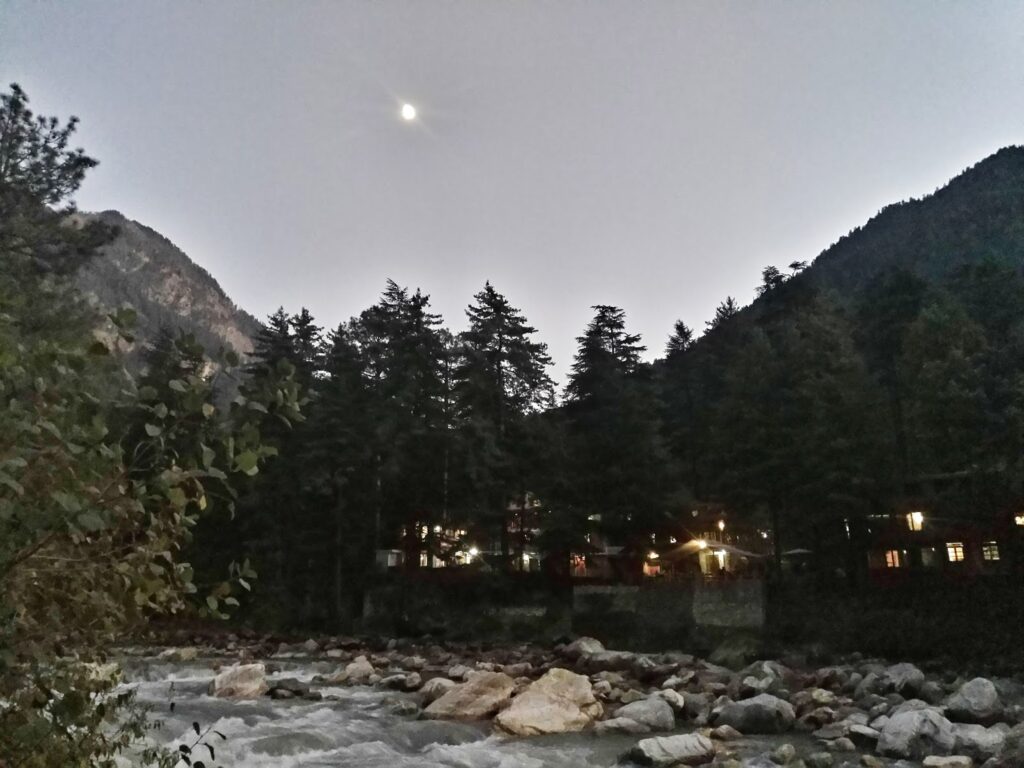 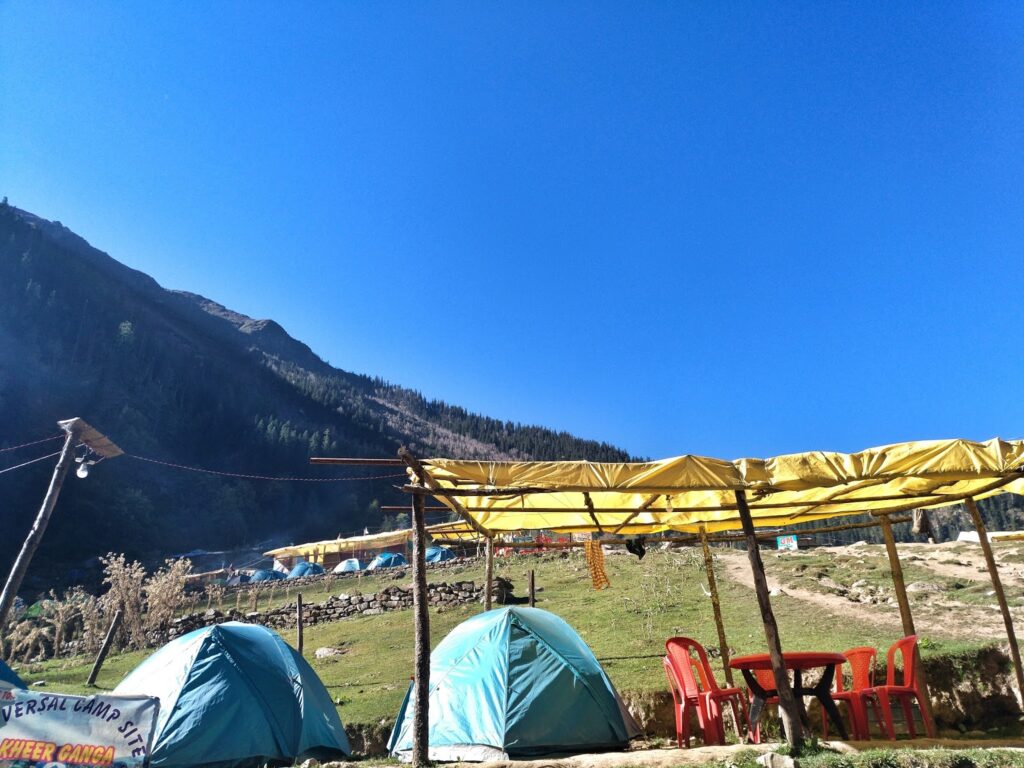 3. Camp out. While there are a variety of stay options from reasonably priced hotels to cheap guest houses, nothing beats the camping experience under a clear starlit sky. The music, conversations and shared experiences on a chilly night next to a bonfire with new friends can be intoxicating. You could book the riverside Forest Department tents in Kasol, or stay in any one of the camp sites while in Kheerganga.

4. Trek to Manikaran, Tosh & Malana. About 6 kms away from Kasol lies Manikaran. Here you can visit the gurudwara, take a holy dip in the hot spring inside and feast on the langar. This is a less tiring day trek and easily done at a languid pace.

Tosh is less commercial and relatively untouched by the hazards of tourism. About 5 kms uphill from Barshaini, the trek route is scenic in itself, but the views that you are treated to at every turn are just mesmerising. Frequented mostly by westerners in search of the quality local stuff, this place has an all pervading hash hangover in the air. 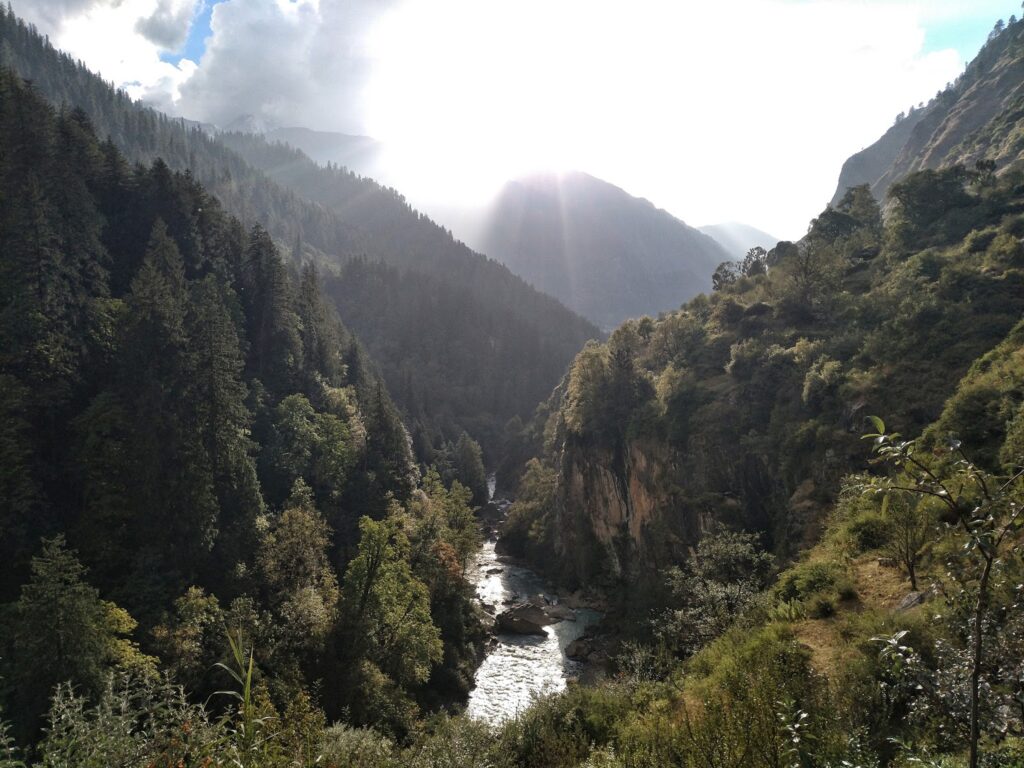 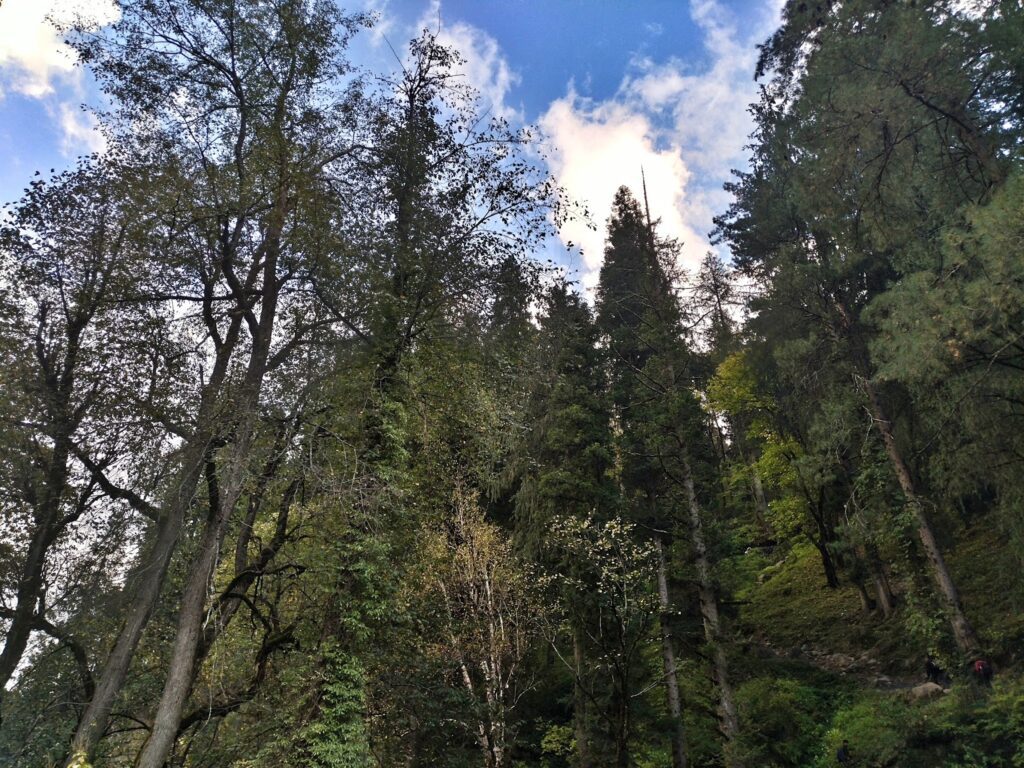 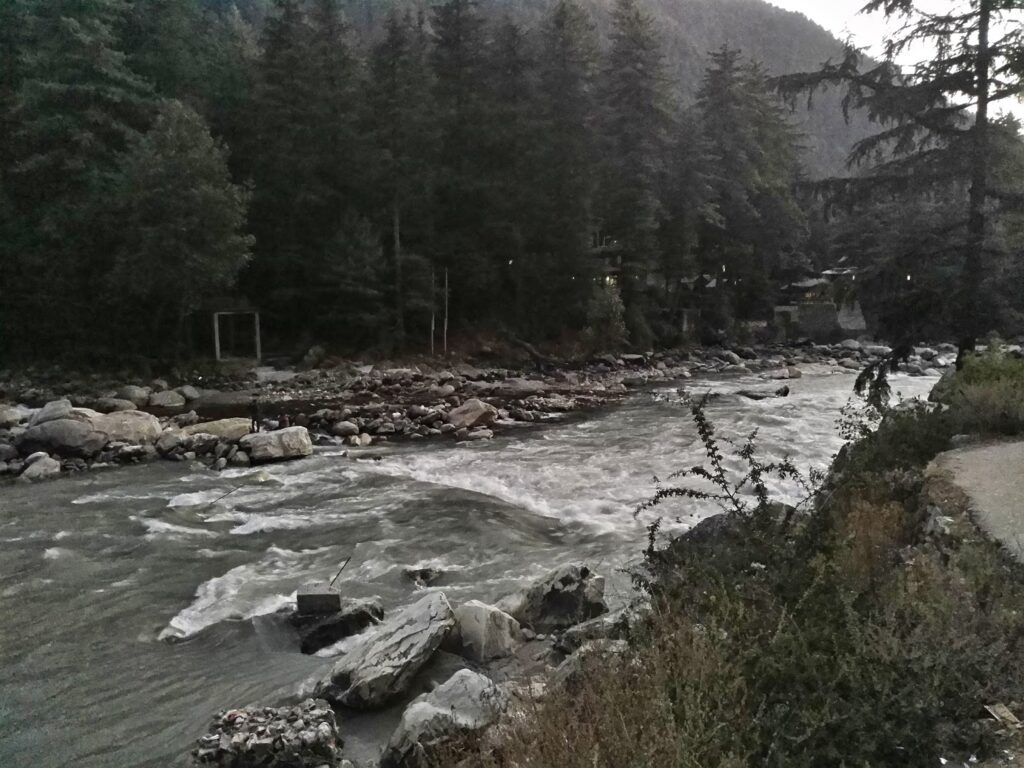 Trek to Tosh, Malana and Chalal 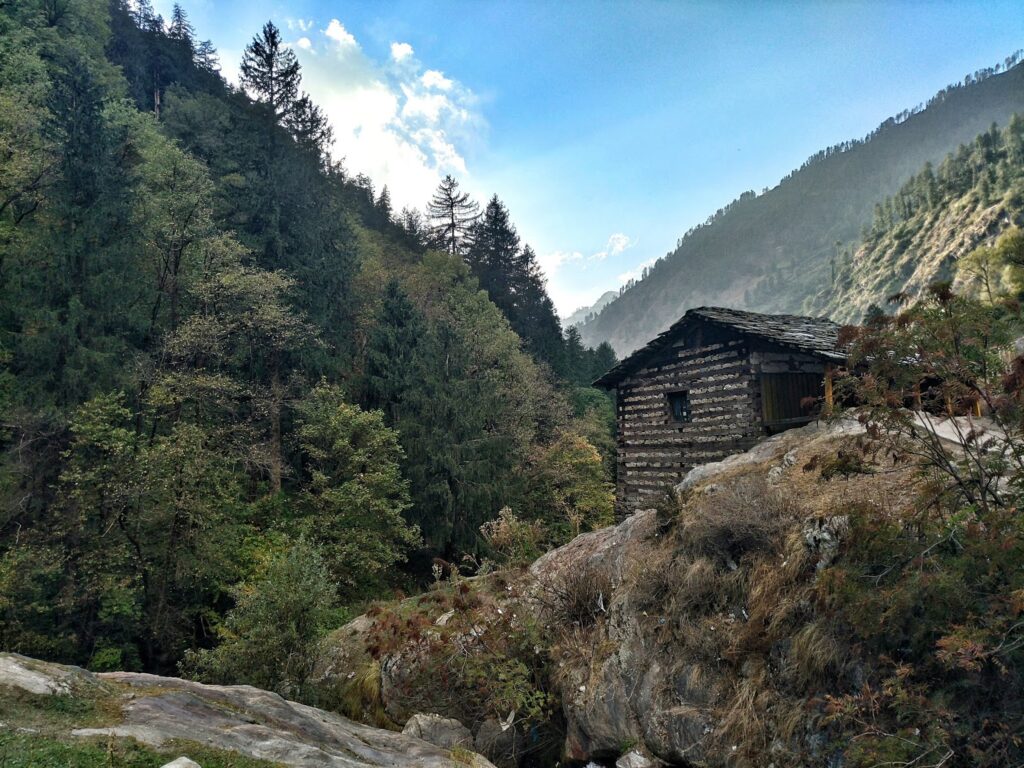 #Malana is the last bastion of the hippie trail. Literally. Famous for the Malana Cream, a hash variety with high oil content which is one of the most expensive on Amsterdam menus, this is the closest you can ever get to tripping paradise. It is remote, secluded and isolated from the rest of the world, and the place has the magical ability to make all your worldly problems disappear. The trek can be tiring and you could do with a few pit stops by the river side and mid-way. Advisable to do a day trip and get back before dark.

5. Chill out at Chalal. Cross the suspended bridge across river Parvati and follow the trail through tall pine trees that leads up to the ultimate party place in the valley. Dubbed as ‘Mini Israel’, Chalal is a 30 minute walk from Kasol and popular for its deep jungle underground trance and rave parties that have lately attracted DJs and crowds from around the world. Rather serene and devoid of much activity otherwise, it comprises of a cluster of traditional wooden homes of the locals and riverside cafes & guest houses where one can relax over some delicious Israeli cuisine and music.