On 07 March 2016, BMW Group celebrates 100 years of its existence. Over this period, it has transformed from a small aero-engine manufacturer based north of Munich to a world-leading manufacturer of premium automobiles and motorcycles, as well as a provider of premium finance and mobility services. A highly innovative company which has defined change and looked to the future, it has production and assembly facilities in 14 countries and a global sales network. 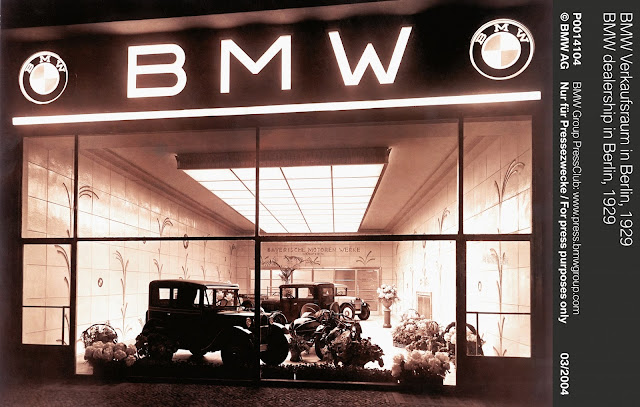 The company became an automobile manufacturer in 1928, initially producing small cars based on an established contemporary design. In 1933, it presented the BMW 303 at the International Motor Show in Berlin as the brand’s first six-cylinder automobile and also the first model to be styled with the BMW signature kidney-shaped radiator grille.

In 1936 the two-litre BMW 328 sports car raced in the Eifel Race at the Nürburgring, and Ernst Jakob Henne achieved a clear start-finish victory driving the new model. In 1954, the BMW 502 was introduced at the Geneva Motor Show powered by an eight-cylinder engine. This was the world’s first V8 all-alloy engine to be fitted in a volume-produced automobile. 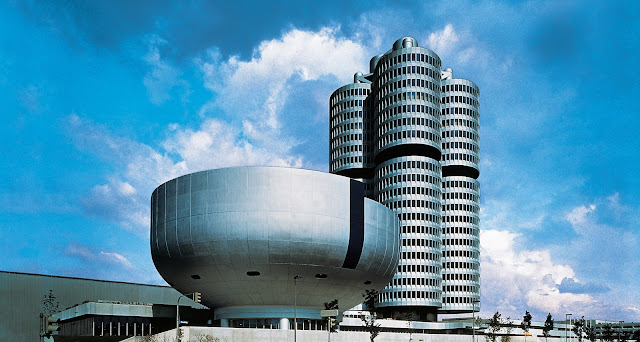 A new structure for model designations with the first BMW 5 Series was launched in 1972, with the first digit representing the series and the two subsequent digits specifying the model based on the capacity of the engine. This format continues till the present day.

In 1973, the BMW Museum was officially opened and in 1975 a BMW 3.0 CSL designed by American artist Alexander Calder became the first BMW Art Car at the 24 Hours Le Mans.
This was the beginning of a fascinating and unique Art Collection which BMW continues to augment till date. In the same year, the BMW 3 Series was launched as the successor to the successful BMW 02 Series with new technology and new model designation.

The coupés of the new BMW 6 Series were presented at the International Motor Show in Geneva in 1976 and the mid-engined sports car BMW M1 was introduced in 1978. In September 1985, BMW presented the first all-wheel drive model at the International Motor Show, in the form of the BMW 325i, and the extremely sporty BMW M3. In 1987, the BMW 750i was presented at the Geneva Motor Show – the first twelve-cylinder model to roll off a German production line since the end of the war.

Subsequently, the BMW Z1 roadster came in 1987 and in 1994 the company took over the British Rover Group, which included brands like Rover, MG, MINI and Land Rover.

In 1999 BMW presented the vehicle concept of the Sports Activity Vehicle in the form of BMW X5 at the Detroit Auto Show. It combined sportiness typical of the brand with the versatile qualities of an all-wheel vehicle and thereby established a new market segment.

In 2001 the world premiere of the new BMW 7 Series took place at the International Motor Show in Frankfurt. BMW introduced its revolutionary iDrive control system for the first time in the fourth generation of this luxury saloon. In 2002, for the first time BMW closed the business year with a record of more than a million car sales of the BMW and MINI brands within a year.

The compact BMW 1 Series was introduced in 2004, and in 2011 the new BMW i sub brand was presented in BMW Welt. The innovations developed by the company for the sub brand included electrically powered automobiles and innovative mobility services.

In 2013 production of the BMW i3 began, putting the first premium electric vehicle on the road. And in 2014 the first units of the BMW i8 plug-in sports car hybrid were handed over to customers at BMW Welt in Munich.

In 2015 the new BMW 7 Series was introduced in its sixth generation avatar with gesture control and remote parking. In the same year, the BMW i was granted the “Momentum of Change” Award by the United Nations at the UN Climate Conference in Paris.

And today, the company will celebrate its 100th anniversary at a gala event in Munich’s Olympiahalle multipurpose arena.